Serbian film-maker Srdan Golubovic’s Father (Otac, 2020) opens with a shocking scene that prepares us for the cruel reality that engulfs its characters. A woman (Nada Sargin), on the verge of a nervous breakdown, enters a factory with her two children. Fed up with the factory management that not only fired her husband but owes him several months’ salary plus severance pay, the woman attempts suicide by self-immolation.  Saved by the factory workers with mild burns, she is taken to the hospital, and the children are temporarily placed under the department of children’s services.

The impoverished husband Nikola (a brilliantly restrained Goran Bogdan), who is working in the forest as a daily wage laborer, is summoned by the police and later by the chief of children’s services (Boris Isakovic). Citing Nikola’s joblessness and the dilapidated condition of his home, the chief decides to keep the children until the necessary changes are made. The unnerved yet determined Nikola gets an electrical connection and paints the room, making the abode presentable for the social workers. Yet the chief rules against him, putting the children under foster care. 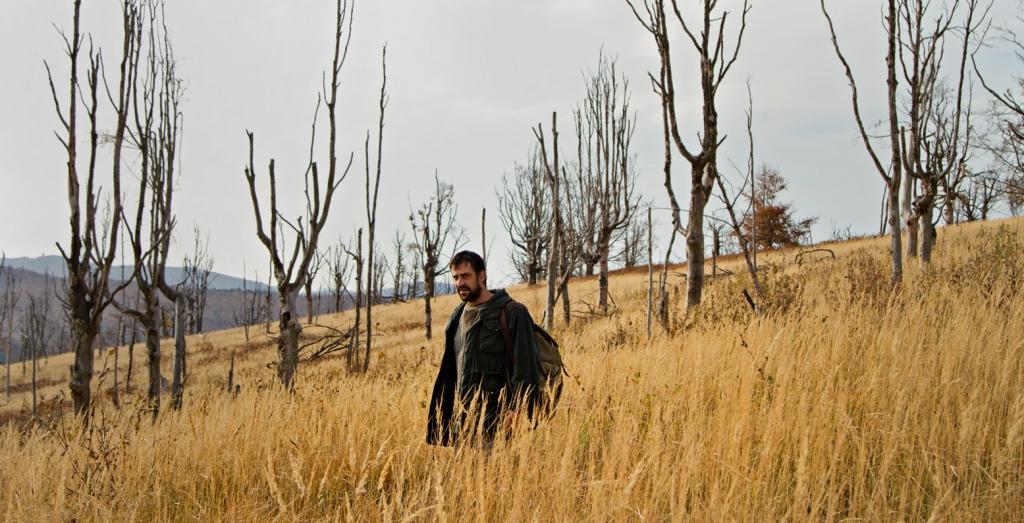 Nikola, a villager pounded by extreme poverty, doesn’t have the right words to speak against the ruling. Moreover, the chief asking him to find steady employment to get back his children seems like a very cruel demand. Though Nikola doesn’t have the precise words to express his objection, he determinedly decides to sit in the office until he is united with his children. But he soon learns how the system is robustly rigged by its servants. Placing children under foster care is a business since the chief and his cohorts pocket a large chunk of the government’s money.  Faced with no other options, Nikola asks a friend to write an appeal and decides to walk to the capital city Belgrade, which is 300 km away, and give it to the Minister himself.

Similar to Father: A Monster with a Thousand Heads [2015] – A Taut Supremely Crafted Social Thriller

Director Srdan Golubovic has said that a similar event in real life inspired him to make the film. At the outset, Father obviously withholds a strong dramatic core that can be exploited for emotions. But Golubovic’s narrative has a deeper impact on us because he didn’t choose to do that. Like any road movie, it alternates between grueling and poignant encounters. You could say that the odyssey doesn’t only offer a nuanced portrait of fatherhood, but also an intriguing look at Serbian society. Still, there’s a lot more to appreciate in Golubovic’s assured take on the material.

Father makes us feel the anger and hyper-intensity lying beneath the central character’s surface stoicism. On one hand, Nikola doesn’t expect anything good from the figures of authority and knows that he can’t overtly react to their injustices. On the other hand, though the father can’t verbalize his despair, he is fighting in his own way. Nikola’s mission is to not fight the corrupted system. He can’t afford that luxury. What he wants is to piece together his family again. In order to do that he follows his instinct.

The media which covered the father’s walk from the village to the city termed it as an act of protest. However, the director who went and met this man who sat in front of the ministry learned that the father simply ‘followed his intuition and started to walk.’ Ostensibly, this encounter has played a key role in shaping the character. Father might immediately bring to mind Wim Wenders’ masterpiece Paris, Texas (1984), a touchingly stoic Harry Dean Stanton walking through the desert.  Golubovic also refers to Werner Herzog’s diary ‘Of Walking in Ice’ as a significant influence.

It’s brilliant how director Golubovic despite adhering to the narrative’s muted and measured tone, makes us deeply understand the central character’s emotional terrain. The scenes where Nikola navigates through the quagmire of bureaucracy may remind us of Ken Loach sans the occasional outburst you find in Loach’s movies. In fact, Nikola shows his emotions on three occasions. Still, he doesn’t break down out of anger, but due to kindness and love. The episode involving the stray dog was so devastating, and in its plight, you see a sort of fateful symbolism which is linked to Nikola. Golubovic never elevates the father into a heroic figure. He is at least turned into one by the media. Yet when Nikola is about to address the media, Golubovic deliberately cuts away from the moment. It’s like the filmmaker is emphasizing that Nikola is an ordinary man and a Father. 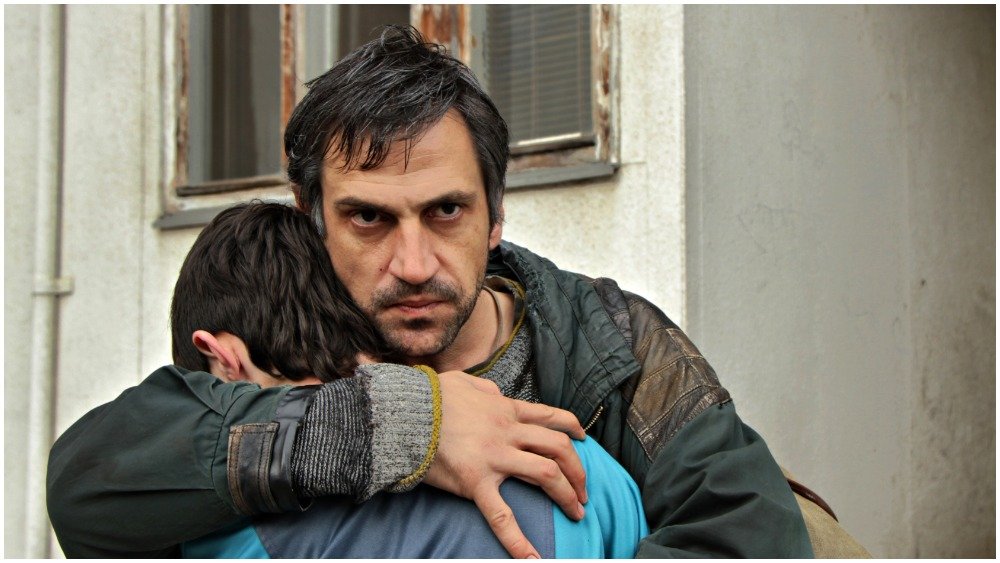 Cinematographer Aleksandar Ilic astoundingly captures the desolation of the Serbian countryside. The broken-down factories, abandoned gas stations, empty roads exist like the scars on a beautiful landscape. The devastating sights and locations add more weight to the psychological context as Nikola, stripped of his dignity, moves through these spaces to reclaim it.

Anyone who has briefly encountered corrupt bureaucracy knows that it bestows nothing but hopelessness. It is commendable how the assistant minister’s political manipulation – to score brownie points on Twitter – is so matter-of-factly staged. Still, Father seems to lose some momentum when we can easily predict how Nikola is going to be trapped by the dysfunctional system. However, Golubovic redeems the narrative with a surprising final scene which puts one more challenge on Nikola’s path rather than offer faked catharsis. It’s also a moment that was very much rooted in Serbian reality.

The insensitivity of Nikola’s neighbors couldn’t be just written off as a commentary on humanity’s worst aspects. Their behavior should be perceived through the region’s brutal ethnic conflicts (in the 1990s). And it depicts how the nonchalance didn’t spread from top to bottom, but it’s the other way around. Furthermore, it adds another powerful layer to the father’s determination as he sets the table for his family. It’s not really a hopeful ending. Anyway, that’s how poor folks can operate in this unfair world: instinctually rebuild despite faced with a total loss.

Overall, Father (120 minutes) is a powerfully nuanced social drama that captures one resilient man’s journey across a crumbling society without any emotional manipulations.