Home»Reviews»1956 Central Travancore (2019) : A Hunt for Masculine Confidence and its Futility
Reviews

Capitalism has a far-reaching grasp. It isn’t necessarily suffocating for its inhabitants for it provides a unique way of survival to each of its inhabitants, which is to survive upon the exploitation of each other. Instinct matures into cunningness and the ability to craft a way out with sheer will and strength becomes obsolete. Eventually, man turns to deception. Don Palathara’s 1956, Central Travancore appealed to me as an apathetic examination of the events that shape when man’s decaying animal nature and exponentially expanding masculinity amalgamate to render him vulnerable to both, the forces of nature as well as culture.

The Idukki portrait in 1956, Central Travancore is from a time when the landscape was unadulterated and the high ranges were challenging for bare feet. The region experienced a significant influx of individuals from both sides i.e. Kerala and Tamil Nadu during the 1950s due to the government’s “Grow More Food” scheme under which the plot of cultivation land was allocated. Immigration of individuals in the region not only catalyzed habitation but also aggravated economic disparity over the course of time as classes arose.

Our protagonists come from a background of deprivation. They are moderately ambitious because rather than working for a vision, they work for something that comes their way. This doesn’t mean they lack aspirations and are lethargic for they aren’t. Certainly, they have their reservations against each other derived from their inherent greed. While some men are aware of their limitations, some boast of things they just can’t do. Some men believe in cooperation while some are solely driven by self-interest. While Don’s choice of characters isn’t unprecedented, the setting in which they come together starts to represent a microcosm of masculine society that is in its early stage of establishment and hence, is most vulnerable to fallout as well as most susceptible to violence, has a lot to offer. They are not connected by interest or virtue but need. 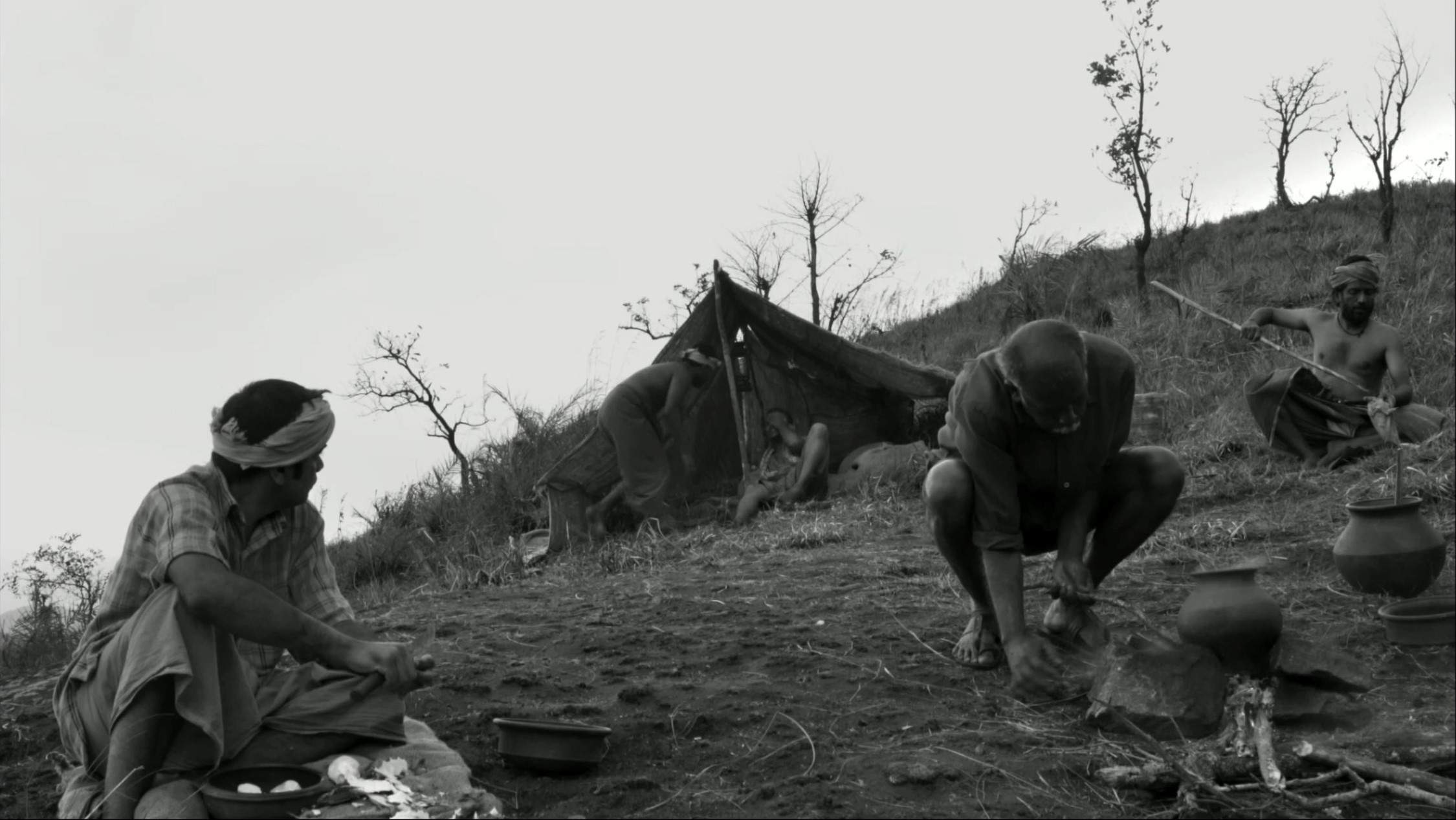 1956 Central Travancore, while interesting from the first frame, starts to intensify as a slow burn when the banality of organization superimposes the urgency for action. The very lack of cooperation and existence of mistrust precludes a well-planned mission but things do not go haywire aggressively to wreak mayhem. They just go against expectations and eventually, everyone loses collectively. Don patiently approaches his resolution which first comes out to be anti-climactic but once assured, it only reflects the most plausible reality of the given circumstances. Henceforth, contrivance never finds a space to breathe and the film lives a complete life.

Don also displays a command on his period setting and his monochromatic pallette only helps the cause. Alex Joseph’s controlled lens never looks more than it is required to, to not reveal a modern landscape. At the same time, it doesn’t depend excessively on close-ups. One episode deserves an exclusive mention due to its anxiety-inducing appeal. In a sequence, our principal pair of protagonists talk to a woman in a treehouse, alone at the time of the event due to the unavailability of her husband. The static uninterested gaze of the camera falls in a sharp contrast to the heavily intrigued and possibly seduced gaze of our men in the presence of the woman. Your anxiety piques because you doubt certain intentions, could be due to the staging of the scene itself and how it has been written, or due to the reputation men have garnered, rightfully so, due to their toxicity. The tension is sexual but the power dynamics aren’t equivalent. Therefore, you surrender your breath for the entire duration it lasts. Again, no dialogue or action heightens the drama unnecessarily.

1956, Central Travancore is an organic thriller in the wild. It also serves as a muted western and provides ample material for filmmakers to get inspired from.

The Fam [2021]: 'Berlinale' Review - A mercurial coming-of-age portrait of a group of teenage girls at a care facility