Terrorism has no religion. That is the underlying spirit that director Mostofa Sarwar Farooki tries to exude in his thrilling hostage drama “Saturday Afternoon”. The dichotomy of interpretations perhaps, or the confusion between having a faith and practicing a doctrine, these are reflected well in this engaging tale of a terrorist attack film set in Bangladesh.

The film is a one-take or faux one-take film. It takes craft, and sometimes sacrificing prudent filmmaking choices, to achieve this kind of film. As you are not going to cut, you are bound to have some extraneous seconds of footage. Alfred Hitchcock faced the same problem while filming ‘Rope’, but proceeded on to complete the challenge.

Also, Read – My Home India [2019]: ‘LIFF’ Review – An Obscure yet Phenomenal Story of Generosity and Compassion

For Mostofa Sarwar Farooki, this style was not only just a filmmaking challenge but also an addition of value in his film’s essence, as it helped to heighten the tension further. The film opens with showing us people in a restaurant being taken hostages. Volatile and inculcated, the terrorists create mayhem, as hostages show signs that are perceived by the oppressors as unworthy of religious values. Similarly, hostages reflect different kind of values and ideology despite being of the same religion, and being pious at that. 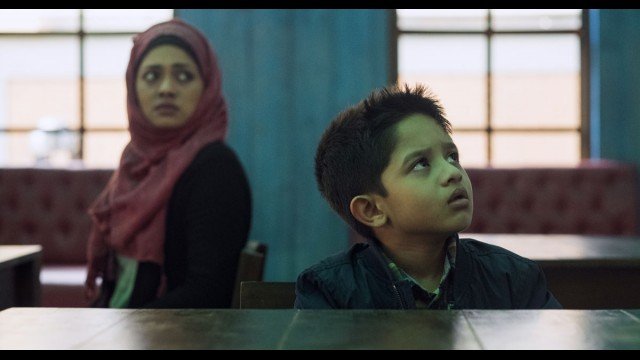 We have often seen that a film with a motif like this tends to overplay on the message part, and the screenplay and consequently the film suffer for that. But, this film carefully treads that path. Saturday Afternoon does not stray much from the hostage drama it tends to be, despite challenges of the motif of religion/terrorism and the craft of one-take.

For this, Mostofa Sarwar Farooki relied on good old conversations, between the hostages and the terrorists. The dialogues are suggestive and not blunt. They elevated the tension; with each of the terrorists being different kind of unpredictable, words uttered by the characters became triggers for doom.

Equally up to the task was the entire cast. In this kind of closed room drama, even the extras have to look convincing enough. Here, all the actors, including the non-lead actors who did not have much to say, did their part well. The lead actors, especially Nusrat Imrose Tisha did a commendable job. The actors who played the terrorists under the leadership of Polash, played by Parambrata Chatterjee, did a menacing and superlative work too.

Cinematographer Aziz Zhambakiyev shot the film efficiently to channelize the director’s vision. The film works in both fronts of storytelling and craft thus. It manages to find a balance between both while posing the growingly pertinent rhetorical question of what makes some people choose violent while others don’t.

“Saturday Afternoon” will be screened at the 10th London Indian Film Festival, 2019
Click Here for our complete LIFF coverage