While director Gigineishvili may have stumbled a little in terms of character development, he largely succeeds in weaving a broader social commentary through deeply moving visuals, conveying the different facets of captivity within the isolated incident of skyjacking.

Hostages [2017] : Tense and Tragic Drama Set Behind the Iron Curtain

East European cinema is quite unparalleled when it comes to delineating political tyrannies and the resultant human misery. For decades under the Soviet regime, the artistic flourishes from these nations were oft quelled by suspicious censors. Yet film-makers from countries like Poland, Romania, and Hungary have persistently realized on-screen the horrors of corruption and brutal systemic demands.  Even after the collapse of Soviet regime, the repressive structures remained intact and the indifferent push towards a Free Market has only deepened the human tragedy. Consequently, East European cinema of the 21st century, especially the Romanian New Wave, have provided voice to simple individuals, still faced with shocking oppression, the only remnant of the traumatic past. Deploying narrative complexity and ink-black humor, these new wave of films comparatively studies the similarities and parallels between the moral degradation of the contemporary governance and the gloomy past. It elucidates how the dark nexus of authority and conformity can entrap innocent individuals. Georgian film-maker Rezo Gigineishvili’s taut drama Hostages (2017) retains some of those best qualities of East European cinema, effectively conveying the sense of claustrophobia and fear of living in Soviet-Georgia. 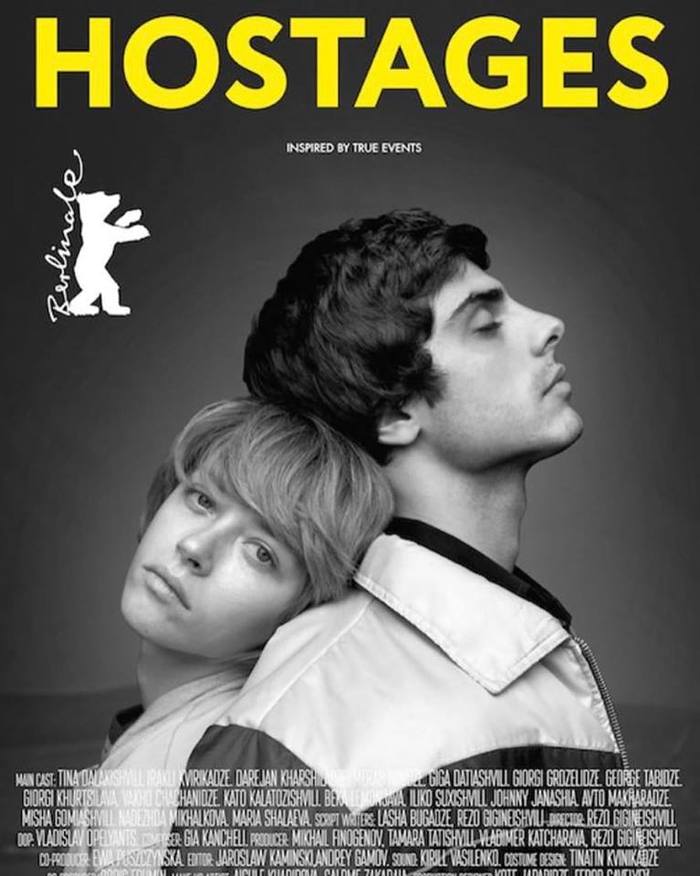 Hostages was a product of Gigineishvili’s meticulous research that depicts the societal and emotional complexities behind the botched aircraft hijacking by seven young Georgians in 18th November, 1983. The flight 6833 en route from Tbilisi to Leningrad (with an intermediate stop at Batumi) was hijacked by group of youngsters, from relatively wealthy and privileged backgrounds, to fly to Turkey and afterward flee to the west. However, it only constituted to waves of tragedy. Georgian author and film-maker Zaza Rusadze has already made a documentary on the subject titled Bandits (2003). Rezo Gigineishvilli, however, finds a distinct emotional perspective to narrate this sad incident without turning it into a bland factual recitation. Following the fall of iron curtain, the hijacking incident continues to be subject of endless debate and political speculation in the nation. But Gigineishvilli’s Hostages (names are changes and few details are tweaked) doesn’t promise to provide any instant or lasting clarification on the subject. The film rather intimately showcases the human loss behind the tragedy so as to not get stuck in ideological quagmire. It asks the right, multi-layered questions that can resonate with contemporary viewers, irrespective of the narrow historical context.

Lensed by Vladislav Opelyants (who recently shot the acclaimed Russian drama The Student) Gigineishvili’s imagery subtly infuses a sense of oppression and paranoia from its early beautiful frames. The film opens in one wintry morning of 1983, on a beach, with jubilant young people joyously splashing in the sea. Their revelry is interrupted by couple of policemen with a dog. “Are you worried we might swim to Turkey?”, one young man brashly asks to the indifferent police. They retrieve their clothes, frustrated over the strict confines of a police state. But the youngsters have already concocted a plan in order to seek freedom in the West. Their parents are mostly rich and part of intellectual elite: sons of artists, doctors, etc. Nevertheless, their private lives are increasingly scrutinized by KGB (reprimanded for swimming at the beach) and the strict restrictions on travel turn the immediate environment into a kind of cage. The band of young friends finds some respite in looking at the cover of Beatles album as if it is hard proof of free life in the West. To execute the plan of escaping from Soviet Iron Curtain, the friends decide to use the marriage of two in their group – between Nika (Irakli Kvirikadze) and Anna (Tina Dalakishvili) – as the perfect cover. Nika, who is madly in love with his girlfriend Anna, is a promising young actor. Both of them are reduced to bundle of nerves as their date of wedding inches close. After the wedding, the newlyweds and their friends arrive at the airport. Using fame and newly wed status, they easily get past airport security. But the hijack plan was foiled by unexpected errors and unpredictable delays. Nika’s accomplices succumb to nervousness which leads to shocking explosion of violence.

The narrative’s primary flaw is the characterization which is realized with sketchy details. The audacious and lyrical shots markedly observe the characters’ sense of entrapment and panicked glances from the very first frames. It creates the perfect uncomfortable environment and makes us feel for the characters’ desire to escape from the vacuous existence which certainly isn’t overpowered by wealth and parents’ love. But the narrative never delves deeply into the character motivation. As much as the script realizes the vibrant desperation of the characters, it rarely provides personal insights that really put us under the skin of its doomed youngsters. While Gigineishvili may have stumbled a little in terms of character development, he largely succeeds in weaving a broader social commentary through deeply moving visuals, conveying the different facets of captivity within the isolated incident of skyjacking. He eschews cheap emotional moments and generic dramatization for genuinely moving aesthetics. There are quite a few memorable, near-wordless moments which intensely impart strong emotions to the narrative. Two of my favorite ones include: the sweltering atmosphere surrounding the marriage where Anna freaks out; and when Nika delivers secret farewell to his parents and relatives before going to the airport, as the camera closely follows his burst of emotions around the chaotic house. 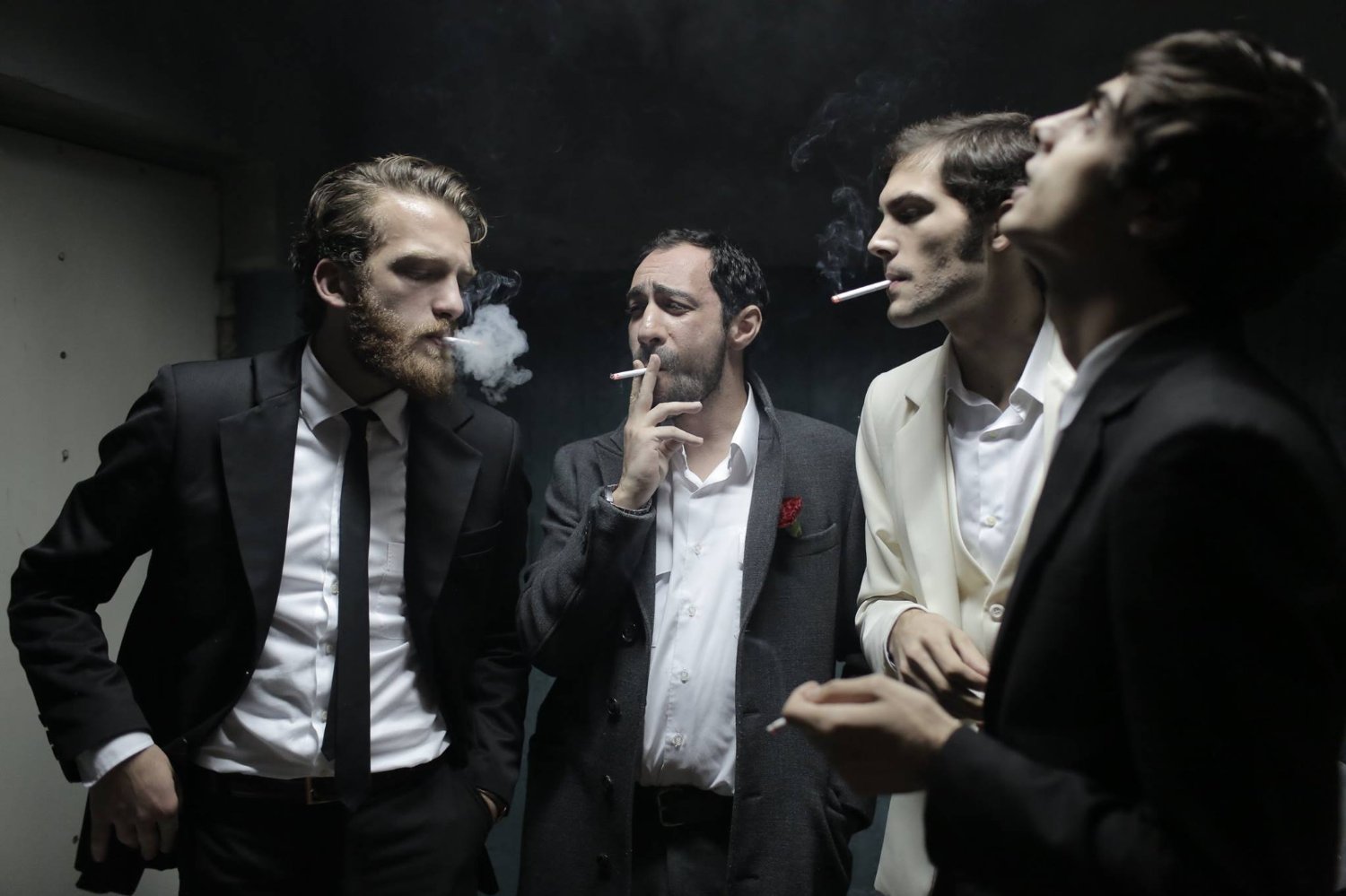 Taking a strongly non-judgmental stance, director Rezo Gigineishvili and co-writer Lasha Bugadze craftily lends sumptuously layered meaning to the word ‘hostages’. Although the director at times empathizes with the young hijackers’ plight, he doesn’t downplay the horrific qualities of their violent act. The panic-driven stand-off inside the airplane is astoundingly shot; the attacks of hijackers and counterattacks of equally brutish military force are visualized in frighteningly realistic manner. Eventually, the director lends great weight to the ambiguous title, pushing us to acknowledge the agony of the innocents held captive within the plane, as well as the metaphorical captivity of the hijackers who fallaciously seek freedom from the clutches of Iron Curtain through an irredeemable act of brutality. Gigineishvili’s skill for visual storytelling hauntingly expresses how it has lead to misery for all involved, including the parents of the hijackers who are left to dig their son’s bodily remains in unmarked graves; how the bigger culprit here is the bestial society that rigorously demands homogeneity.

Hostages (103 minutes) is a impressive re-telling of a relatively unknown mid-air hijack incident in Soviet-Georgia. The brooding narrative covers a lot of personal, societal, and political ground that it becomes a nuanced commentary on the harms of ideological conformity. The fine ensemble cast and vibrant visual language makes up for the obvious inadequacies in the writing.