Home»Reviews»Films This Week»He’s All That (2021) Netflix Review: An Underwhelming and Under Baked Teen Rom-Com
Films This Week/Netflix/Reviews

A dangerous trend is taking over most new feature films, especially streaming on OTT platforms. Making films with no or little artistic integrity and popular stars across social media platforms in central roles without thinking to come up with a decent script. And these are the movies that you will find in ‘Top 10 Trending’ across the country. ‘He’s All That’ on Netflix continues in the lineage of modern teen dramas more concerned with grabbing eyeballs than leaving an impact. It stars TikTok star, Addison Rae as an influencer Padget Sawyer, who, in a bid to reclaim her lost sponsorship and digital followers, activates an old bet with her rich friend Aldin to turn a hopeless guy from school into the prom king. If you don’t already know how this movie ends or how its emotional heft changes, you might even end up liking it, although I find it highly unlikely.

It is an official remake of the 1999 teen film She’s All That with an ever so slight tweak: gender. You would imagine making such a heavy change will result in a change of perspective, as it should. But like every other thing in the film, it just does not happen. Director Mark Waters makes a tame attempt to revamp a fledgling genre of film that mocks the new age social media cult that has swept an entire generation and made them even more reclusive and lonely in the early minutes of the film. Rae, as the sweet-looking and kind-hearted Padget trying to be perfect for her horde of strangers (see followers) in her plush room, only to come out to her mother who has just got home after her 12-hour shift as a nurse and the rest of the house that looks nothing like her room. From there on in, everything rolls downhill. Shallow attempts like showing Padget and her friends chronicling the minutiae of her everyday life, or mysteriously live streaming exciting events add to the misery.

There’s hardly a buildup to the film, something that The Half of It did so well. Everything happens randomly and in a quick fashion. It is almost as if Waters wanted to call “wrap up” rather than shooting something meaningful. He tries to make Padget a three-dimensional character, showing her vulnerable side behind the brimming role model online. Rae, in her film debut, is clueless to realize that ambition. She tries hard to emote but unlike TikTok where she can be herself, she struggles to be someone she is not. Come to think of it, that is who Padget is but it does not really add up in the end. There are hardly any other narrative innovations by Waters who seems content in letting ‘He’s All That’ be an inferior mirage of the original and making a typical Netflix affair. Even if you go in without knowing that it is a remake, you probably would not get the point of the film. 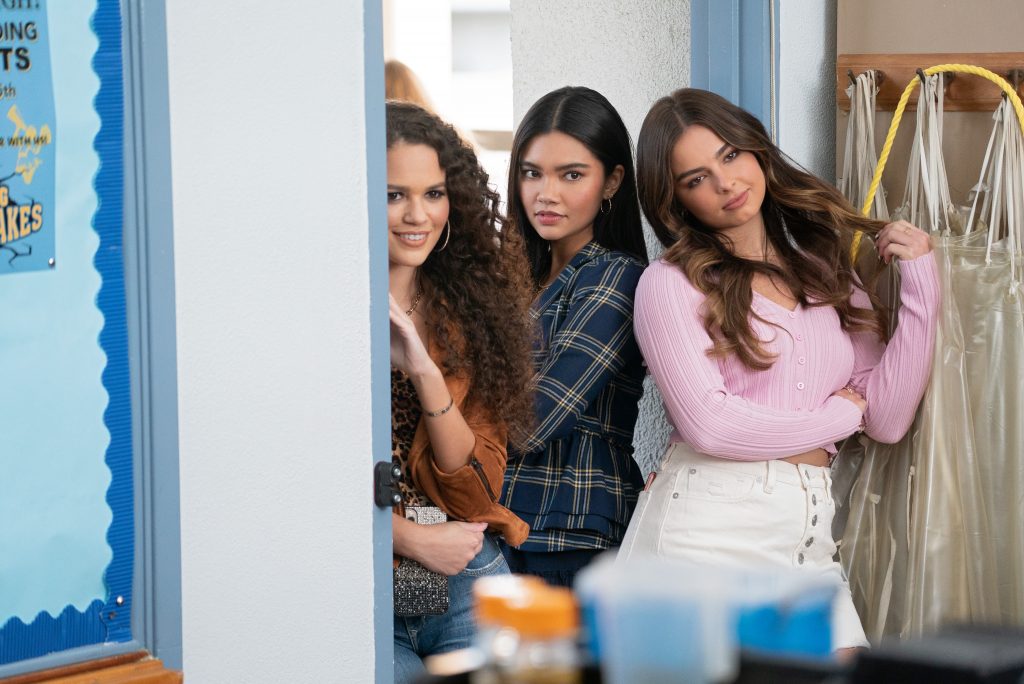 And to remind you once again, it is a teen drama. I have had my beef with film teens looking nothing like real teens but Waters takes it to another level. None of the characters look like teenagers, nor do they behave like them. They are like teenagers who have never been teens in their lives. There is no charm, no intelligence in the way Padget and Cameron make a lasting bond. It just happens over the course of a seven-minute visit to the railway station, a horse-riding session, and two parties thrown by rich kids. The time given to develop anything in the plot or respective character arcs seems to have been lost in the editing room. Nothing meaningful is found among half-baked remnants of wholesome scenes shot with ethics and passion. There is no polite way to put it but ‘He’s All That’ does not warrant even one full watch. It joins the populated league of predictable, redundant teen rom-com without any romance or trace of comedy.

‘He’s All That’ gets worse with every minute. The more you see of it, the more you despise it and wish it ends sooner. In fact, probably the only redeeming thing about it is its runtime. So, if you make the mistake of clicking, you would waste less time. I’d like to end with the same question that April defiantly asked Q in this clip: “why?”