The only possible reason why the new Disney+Hotstar show ‘Aarya‘ would slip into anyone’s watchlist has to be the return of Sushmita Sen. Famously known as the glory of the ’90s after becoming the first Miss Universe, the woman is a true humanitarian with an enigmatic star-like presence. However, in spite of the attractiveness of her personality, I have never seen her playing a strong character in any of her past projects. After almost a decade long hiatus from the ever-glamorous world of Bollywood, watching her in a new web series format was something I looked forward to. ‘Aarya’ co-created by Ram Madhvani and Sandeep Modi, is an Indian adaptation of the Spanish-Dutch crime drama ‘Penoza.’

Sushmita Sen plays the titular character, sharing the screen with another actor from the 90’s Chandra Chur Singh who plays her husband. Watching them both in the very first scene made me nostalgic. It made me rethink the potential the actor had when I first saw him in Maachis. Coming back to the show, Aarya is a perfect housewife – kind yet strong, determined to play the role of a good mother and the best wife. At the same time, Tez played by Chandra Chur Singh looks after the family’s shady business with ease and an assorted gentleness.

Also, Read – How Paatal Lok Highlights The Impasse Of The Transgender Community In India

The wife and husband have both found a balance in their life while taking care of their 3 children and managing the needs and responsibilities of their domestic household. However, one day when Aarya’s younger brother (Ankur Bhatia) along with Tez’s childhood buddy (Namit Das) stumble onto some illegal money to beat the ruling mafia king (Manish Choudhary) all hell breaks loose. Not only does Aarya’s world turn upside down with her husband getting killed, she now has to forcibly take over the family’s shady business and face a turmoil – a life that she had left 17 years ago for a better and peaceful one. 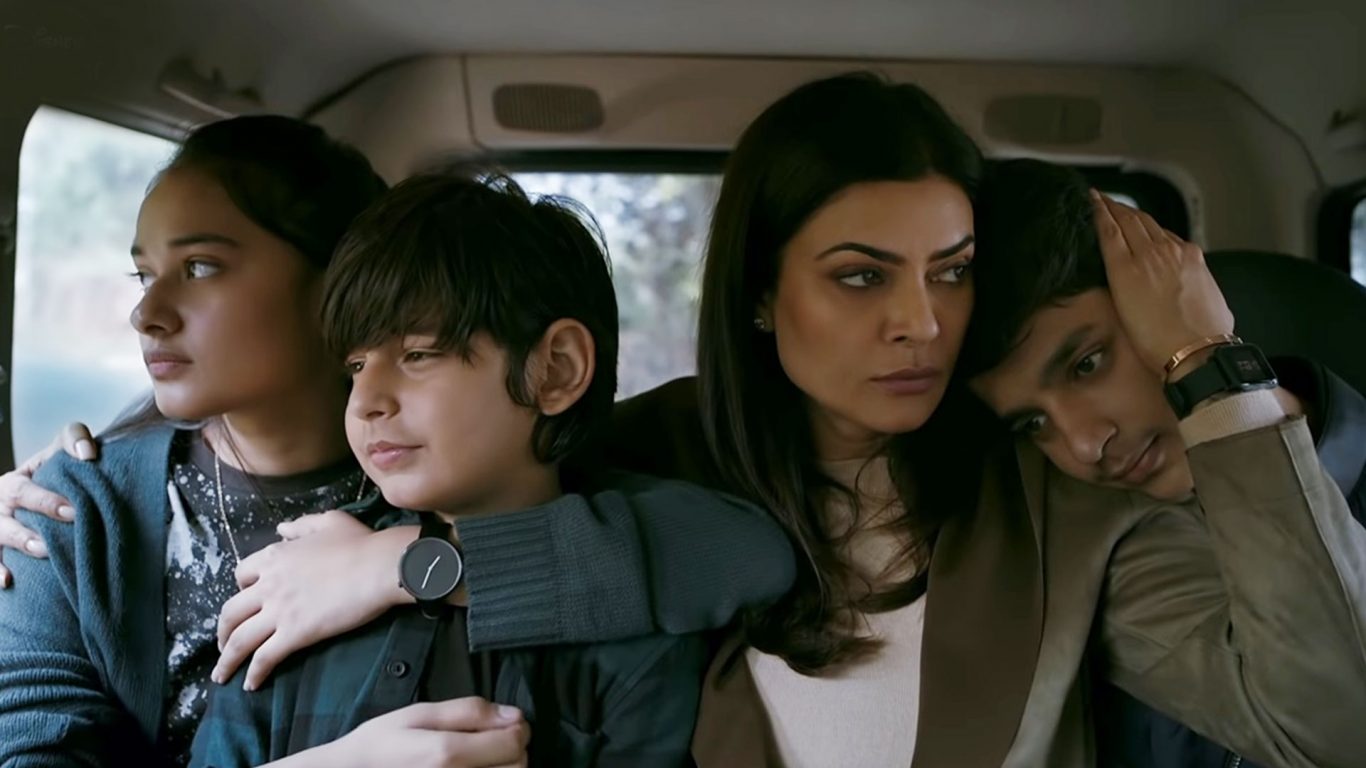 I have to say that I do like intense storylines where situations outrun your life – giving you no time to process it. However, with Season 1 of Aarya, I was disappointed by the very beginning itself. It seemed like the actors were simply doing what they were told to do without putting much effort into emoting their feelings towards the character they were playing. Sushmita Sen’s character has layers that could have come off brilliantly on the screen if she was not too busy playing herself. The perceived writing of the character doesn’t translate to the screen well, undermining the overall impact on the show.

Aarya as a character has a lot of potential. However, it is really frustrating to witness how it all unravels. Every character in this 9-episode web-series felt empty, evoking zero emotional pull from the audience’s perspective. The show is slow-paced with an intension to make you feel the building tension where you worry about a recently widowed mother of 3 dealing with her everyday life such as becoming the target of a very pushy cop, drug lords, and goons while so much more goes awry within the family. However, it felt like nothing else mattered for the camera except showing Sushmita Sen (and not Aarya as a character).

It is so focused on showcasing Ms. Sen’s persona that everybody else just feels like they are there to fill the void. 9 episodes (each clocking at an hour-long runtime) felt too much for the show. The show could have been trimmed into an 8-episode long crime-saga just like the original Spanish-Dutch drama it is based on. The big reveal of the secret behind Tej’s murder is not balanced well with punchy dialogues or tightly written characters who are self-driven.

Aarya (Season 1) intends to show the importance of grief as you lose a close one. It also chances upon themes like handling the sudden pressure of dealing with multiple roles in your life as you accept the fact that life can have a complete changeover within seconds. While these thematic elements are urgent and well-thought upon, what really disappointed me was the fact that the makers failed to utilize the characters, their motivations in a unique and coherent way. It just became more and more frustrating as the show went on. 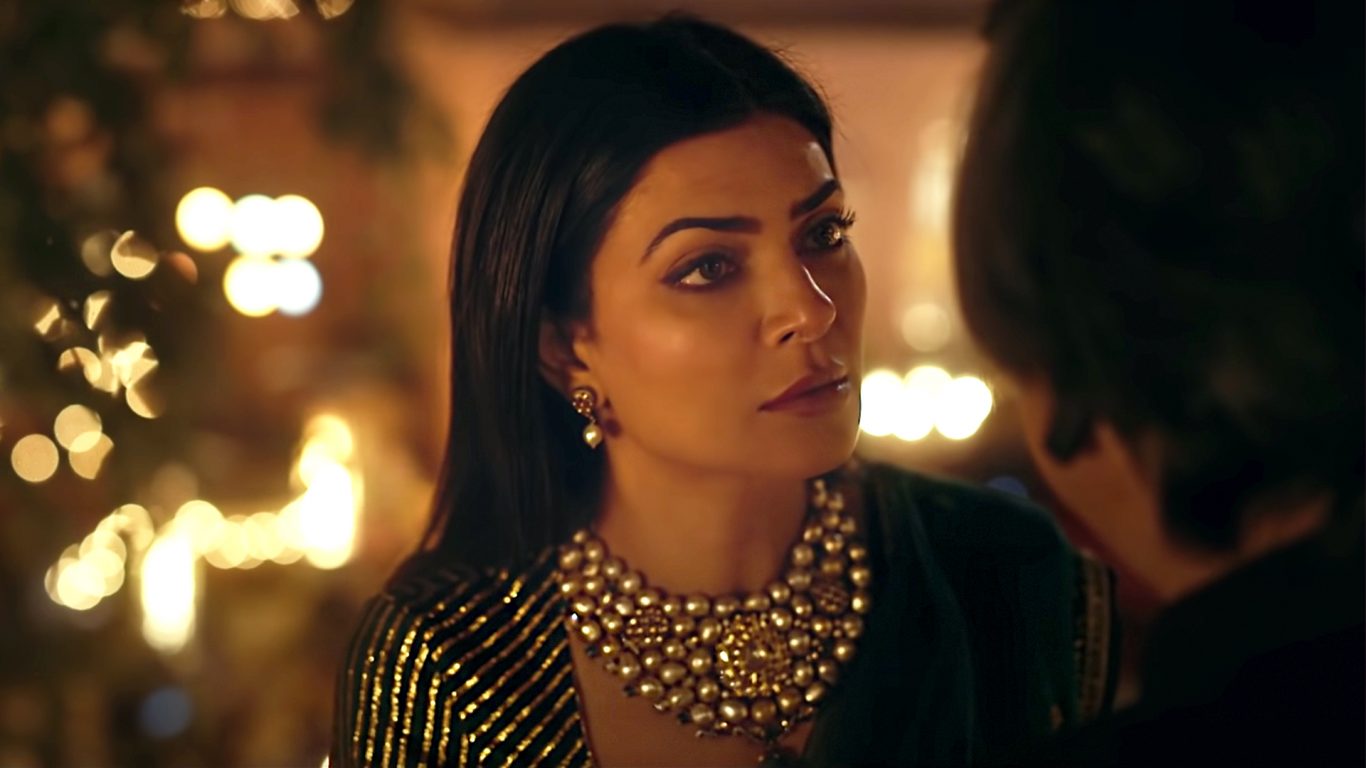 The use of metaphors such as life and death, the balance of your deeds and it’s consequences, relationships, and actions all take a cue from the Bhagavat Gita but are only dealt with on a surface level. Adding to the failure of the show’s formula of making the audience empathize with the characters. Later in the show, the makers also try to deal with a certain subject in the most subtle manner possible. For instance, when Aarya is constantly pushed to show her evil side to deal with the patriarchal culture in the family’s illegal business. The inherent weakness of women and their easily tamable nature according to the man’s wishes is also explored. The reference of a Lioness showing her true nature to protect her cubs while maintaining her legacy is a good identifying factor for Aarya as a character.

Similarly, when Aarya’s mother selflessly loves her father – an ex-drug lord even after knowing he is taking her for granted. Women are shown as the sole bearer of the shady side of men, ready to take things as they are even though it crushes them every day is a good point that is made. The show also took it’s time to build up the characters and the environment revolving around them. However, it all could have been done in the initial episodes cutting short on a lot of unnecessary motives.

Also, Check Out the below Suggestions on Hotstar

The 26 Best Hotstar TV Shows That Are Worth Your Time

10 Great Films On Hotstar You Can Stream Now

A Matter of Life and Death [1946] Review: A Timeless Treasure of British Cinema