A wonderful, charming & fascinating story of love that blossoms between a British pilot & an American radio operator under the strangest of circumstances and the trials & tribulations their romance is put under in the celestial court, “A Matter of Life and Death” (also known as Stairway to Heaven) is a striking blend of warm romance & spellbinding fantasy that’s brought to cinematic life with lots of intimacy & ingenuity.

Set in the final days of the Second World War, the story concerns a Royal Air Force pilot who miraculously survives bailing out of his damaged airplane without a parachute and falls in love with the American radio operator he talked to in his then-final moments after wakes up & meets her. Meanwhile, when the officials in the afterlife notice the mix-up that led to his absence in their realm, they dispatch an angel to collect him. 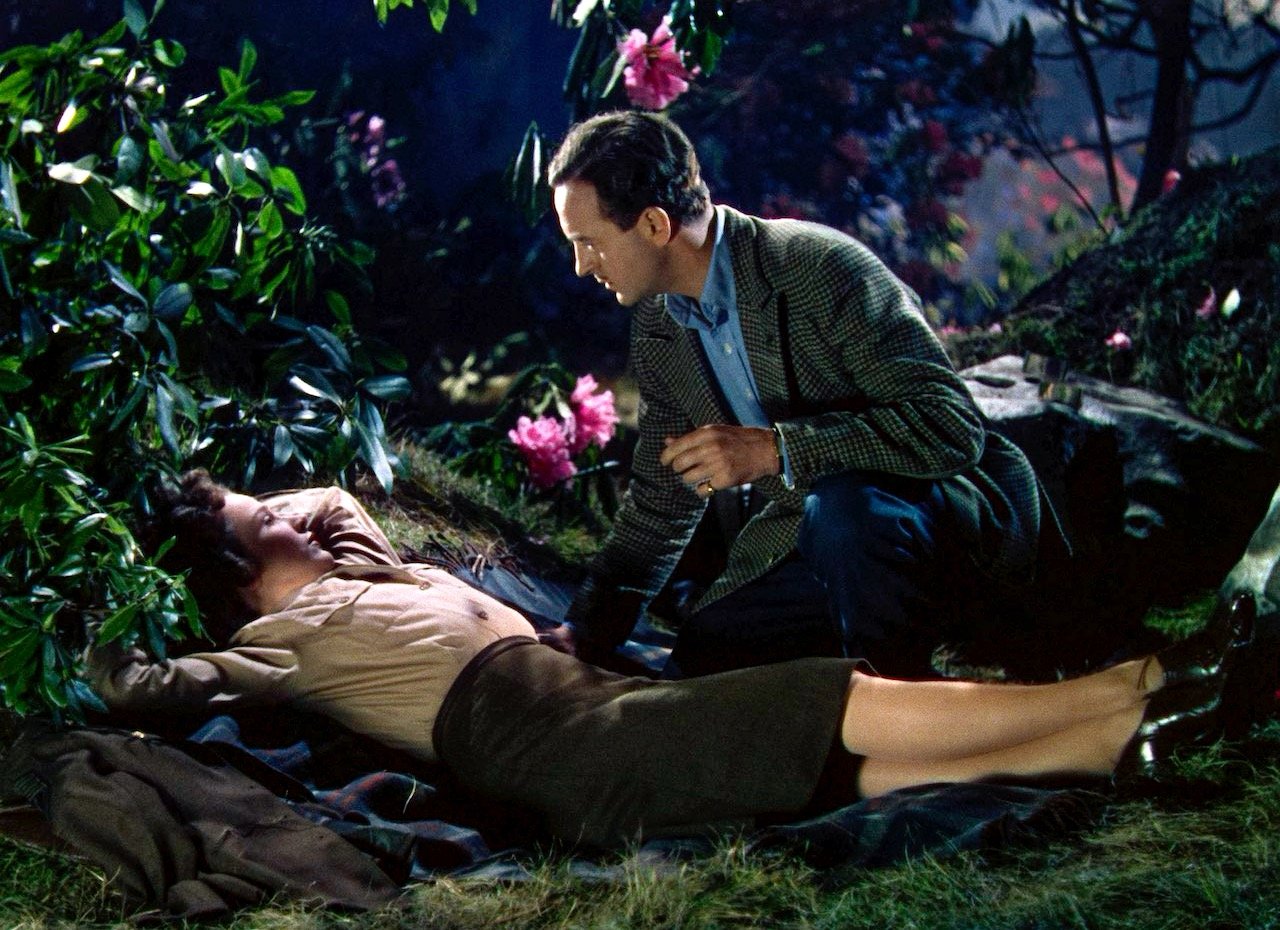 Written & directed by Michael Powell & Emeric Pressburger (together known as The Archers), A Matter of Life and Death takes the most personal of all human feelings, which is love and attempts to portray its transcending power on the cosmic scale. However, the directors do make sure they don’t get carried away with all the fantastical elements that are in play here and keep the narration simple, amusing & entertaining.

Also, Read – Peeping Tom Review [1960]: A Fascinating Journey Into the Mind of a Serial Killer

The decision to photograph the celestial life in monochrome in contrast to the rich & colorful imagery of earthly surroundings is a deliberate one, for it aptly highlights the fact that there is more beauty & wonder that abounds around us in life than in the unknown afterlife. So live, laugh & love while you are here. The images also seamlessly dissolve from Technicolor to black-n-white & vice-versa and are further uplifted by elegant lighting. 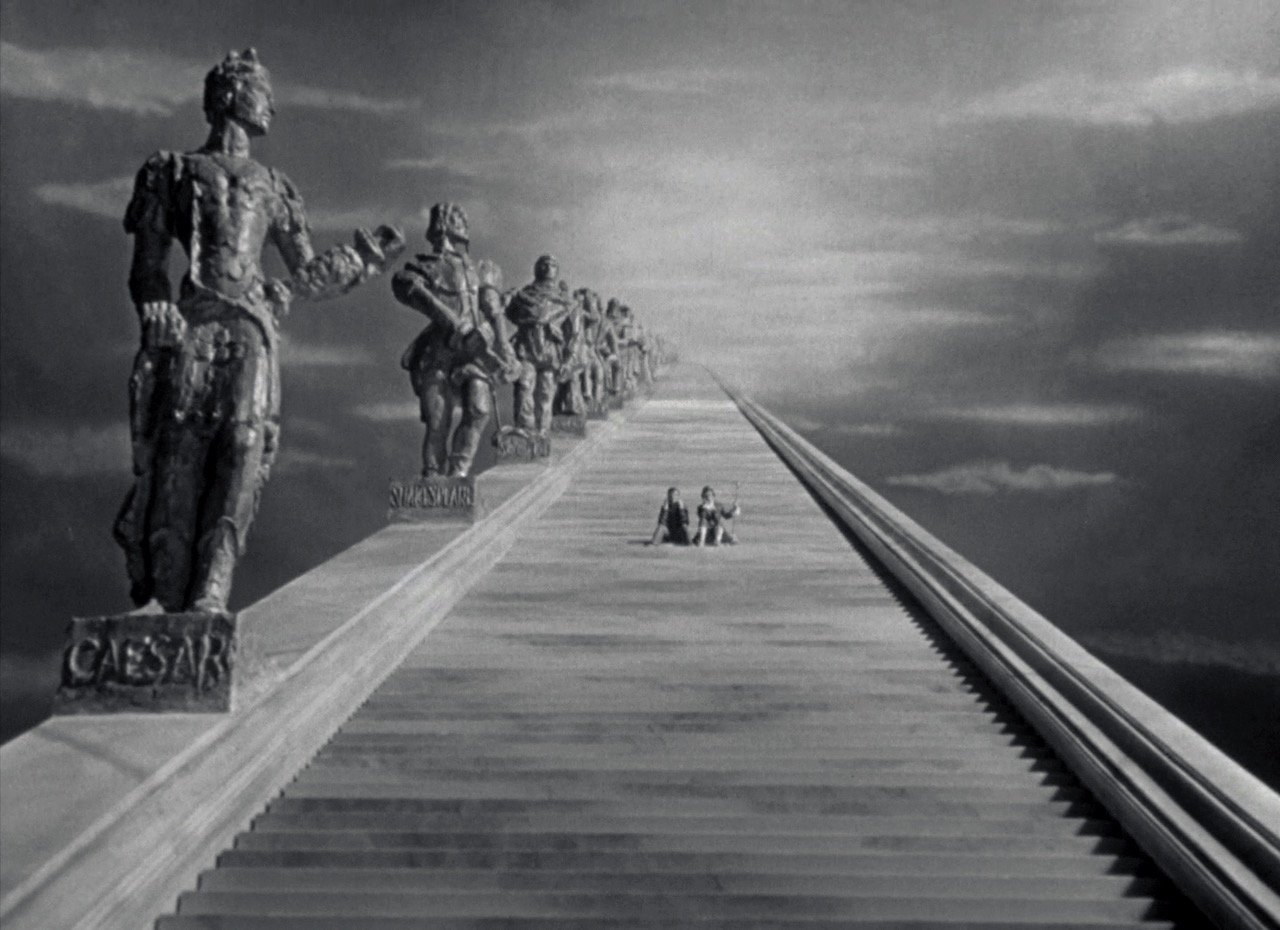 The production design is sumptuous to look at and the set pieces are meticulously detailed, the broad escalator set piece being a particular standout. The brisk pace, compelling interactions & clever wit provide added under-the-hood improvements to the plot & characterization. The trial segment presents the two nations relentlessly going at each other at first but despite the numerous jabs, it is only an effort to make amends, come to an understanding and let bygones be bygones.

In a not so explicit fashion, the jury portion of the trial sequence also acknowledges the prejudice Britain invites for itself, after having subjected countless nations to its colonial rule. Also, the members that make up the all-American jury, though from different facets of life, fail to include the African-Americans & Native Americans which doesn’t sit well when viewed from a modern lens. Maybe I’m reading too much into it but it is just one of the several aspects in the film worthy of discussion & debate. 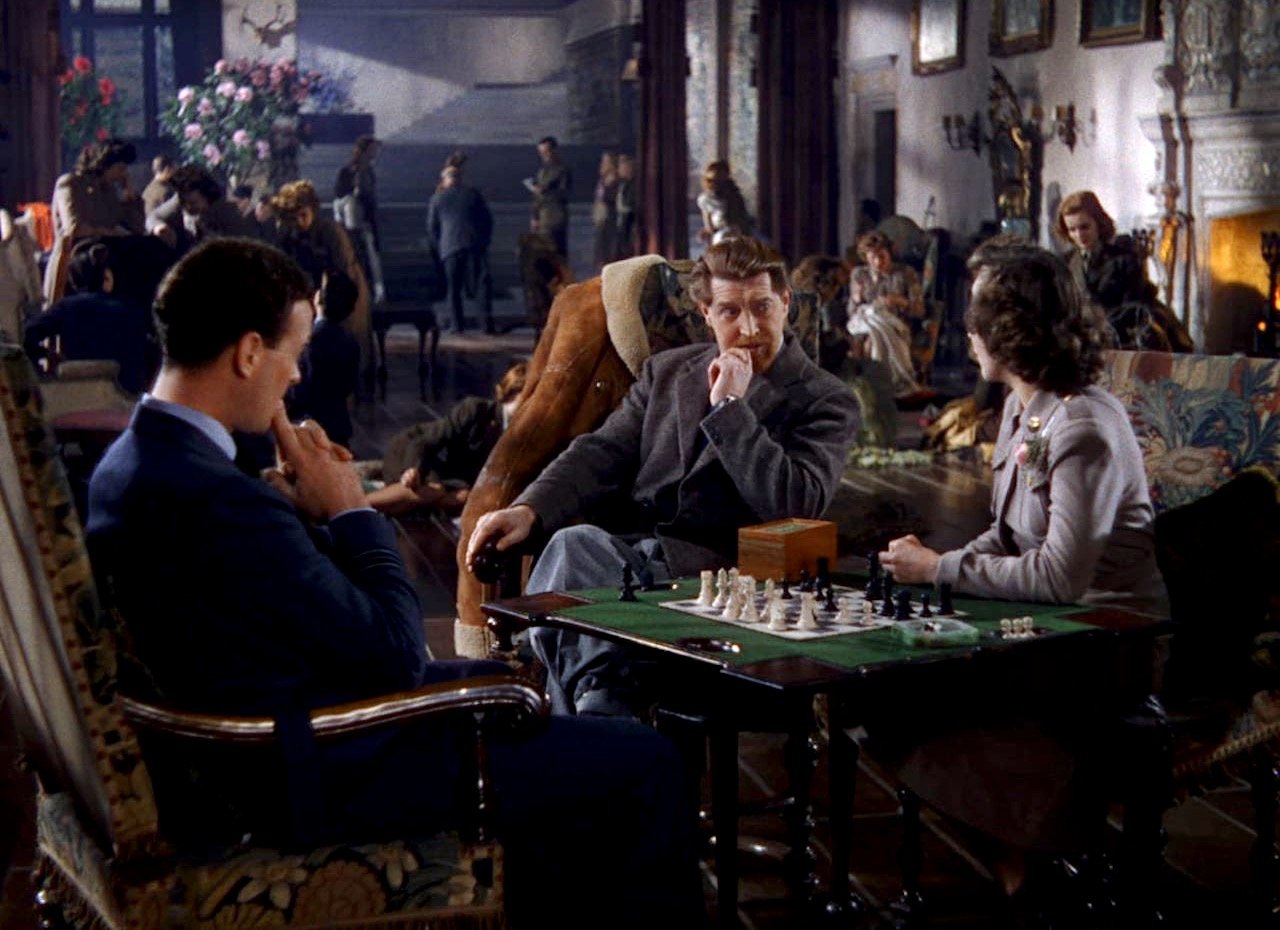 Coming to the performances, A Matter of Life and Death features a talented cast in David Niven, Kim Hunter, Roger Livesey & Marius Goring, and certainly benefits from their excellent inputs. Niven is both charismatic & convincing in the lead role. Hunter brings warmth to her character that makes the romance between her & Niven all the more cozy. Livesey delivers a strong act as the impassioned doctor, while Goring is a genuine delight as the conductor whose clerical error sets these events into motion.

On an overall scale, A Matter of Life and Death manages to live up to its reputation and remains an endearing & enduring treasure of British cinema. Presenting its duo directors in outstanding form as they translate their cleverly scripted story on the film canvas in a delightfully splendid fashion, and furthermore strengthened by its smart editing, intelligent camerawork, extravagant set pieces & impressive performances, A Matter of Life and Death is a cinematic gem that takes a simple premise and creates something truly spectacular out of it. Highly recommended.

Watch the A Matter of Life and Death Trailer Here

A Matter of Life and Death Links – IMDb, Rotten Tomatoes