Quebecois director Xavier Dolan shot to fame when he showcased his debut film ‘I Killed My Mother’ at Cannes film festival. Dolan – who was merely 20 years old was lauded for managing to portray complex human emotions and relationships with a stronghold on framing and other directorial tricks. However, it was only after 2014 – When his 5th feature ‘Mommy’ premiered at Cannes, that he was finally realized as a fine, young filmmaker with great talent. Dolan’s style of filmmaking has had multiple influences. From stylistic touches of Wong Kar-wai to the sporadic, almost elemental directorial choices sans Jean Luc-Godard, Dolan has soaked in enough cinema to really find his own footing. Here are the greatest films ever made according to Xavier Dolan:

The first film on Xavier Dolan’s pick of Greatest Films of all time is French master Jean-Luc Godard’s Pierrot le fou. Dolan called Pierrot le as the ultimate freedom in the art of cinema. He says that Godard enjoys total freedom of words, images, colors, and love in his 10th feature film. He also says that this is  Godard at the acme of his art, the possible apex of his craft. Dolan believes that this is a film that never denies itself anything.

The second film on Dolan’s list is Swedish legend Ingmar Bergman’s Cries and Whispers. Xavier Dolan calls the film Overwhelmingly impressive. He mentions that the acting in the film is not just outstanding but almost intimidating – as if nothing like it could ever exist. He also says that the master uses mind-blowing techniques to present his red-dream. Making Cries and Whispers a sensitive and thorough portrayal of tangible pain, malady, sorrow, and loneliness. Oh, and fade to red.

Xavier Dolan calls Forbidden Games as one of his top three love stories of all times. Punctuated by Narciso Yepes’s legendary score, the film gives this juvenile romance its fame and contributes to its magic. Dolan says that the movie is an entity of perfection. The artistic direction is meticulous and inspired; there’s a vanguard oneiric look to the film. Brigitte Fossey delivers an endearing and incredibly mature performance and looks the epitome of femininity despite her—gulp—six years of age. Xavier Dolan thinks that Forbidden Games is one of the greatest films of all time with a genuine and sensible study of youthful mores. He think that it creatively represents children’s universe. He funnily mentions that the film makes me want to be a pretentious critic.

The film that inspired Dolan to direct. He says that this is the film where Léaud was at the top of his game. Léaud didn’t just create with time he made his own acting rules, his own school in his mind. He was an actor who opened the doors to many other actors and actresses. Dolan says that the film clearly does justice to its title. It blows the audience away. He also observes that every time he sees The 400 Blows he feels that there’s so much more to learn for him.

Related to Xavier Dolan Greatest Films – The 400 Blows [1959]: An unsentimental film about Adolescence 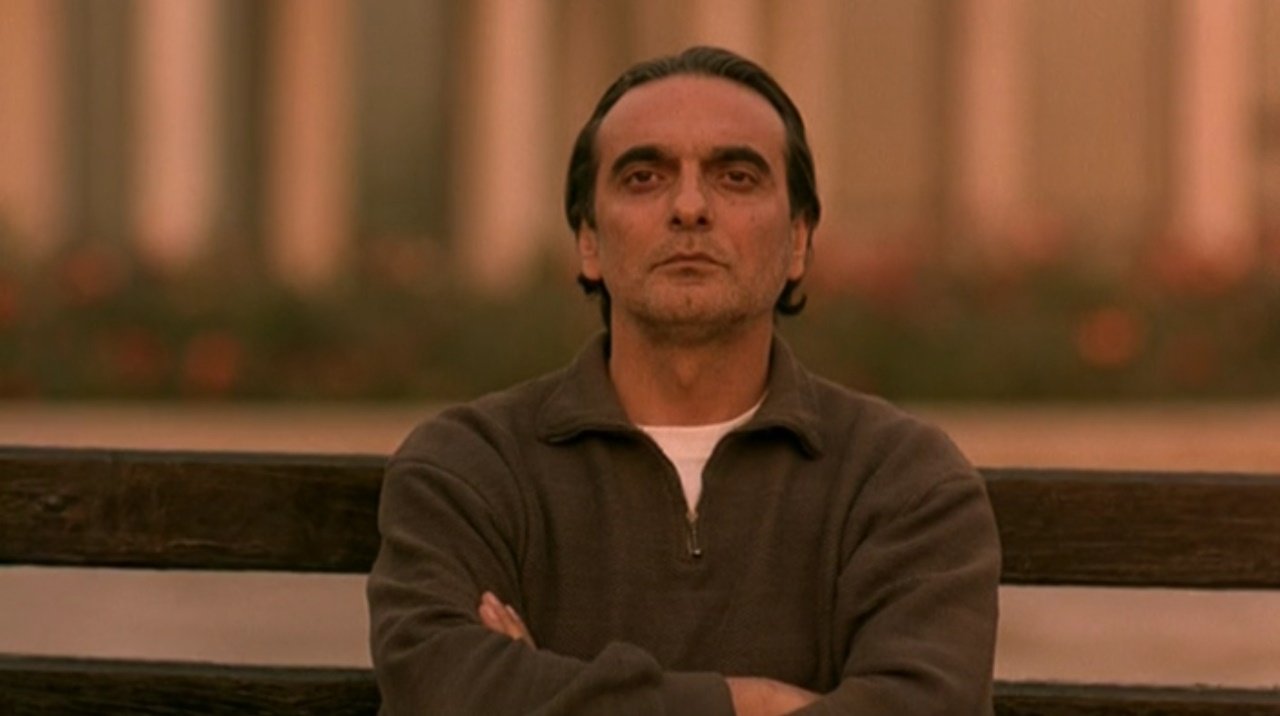 Xavier Dolan says that Taste of Cherry is a powerful journey through despair and silence. A magnificent reflection on death and the meaning of life, as well as the ways life sometimes unveils its beauty—by, say, the taste of cherries that have fallen from a tree, a tree shaken by a man who was planning to hang himself on one of its branches but who remembered, when savoring these wild berries, that life is worth living. Dolan appreciates the master’s use of long single takes and car scenes (for which Kiarostami is famous, and rightfully so). A gem. Must see. Now, please.

The next film on Xavier Dolan’s greatest films of all time is another Vanguard film. Dolan says that the film is an over impressive technical virtuosity. From breathtaking crane shots to hair-raising forest sequences the most memorable sequence is the lead actress diving into a crowd looking for the man she loves. Dolan loves the film for its superb art direction and lighting. He also feels Tatyana Samojlova, who won an award at Cannes for this role, is brilliant and touching and delivers a rather minimalist performance for its time.

Dolan has always put Malle in the list of his favorite directors. He loves how the director is able to flirt with genres, trying all sorts of things while traveling around the world. Dolan notes that often, in the middle of the day, he would think of scenes from Au revoir les enfants. For instance, the restaurant sequence with the mother has been really inspiring for him. Describing Malle’s work Dolan spits a few adjectives like – Contrast, antagonism, emotions, brute emotions. The rest is craft and mastery. But emotions. That is what he aims for. That is what we get.

Dolan says that the 1946 original version of Beauty and the Beast is nothing short of revolutionary. He acknowledges all of Cocteau’s little smart creations: chandeliers held by arms through walls, the mirror’s powers, the pearls drew to the hand, their flying at the end. He also mentions that loving this film is probably a radical statement of sexual identity but he doesn’t care.

Xavier Dolan calls Van Sant his hero. This movie is a concentration of all the things his love for him: brilliant camera games, muted and unsatisfied love(s), beautiful car scenes. The voice-over is stirring and true, and never useless or superfluous. He calls it an authentic, intimate, universal, and ageless. 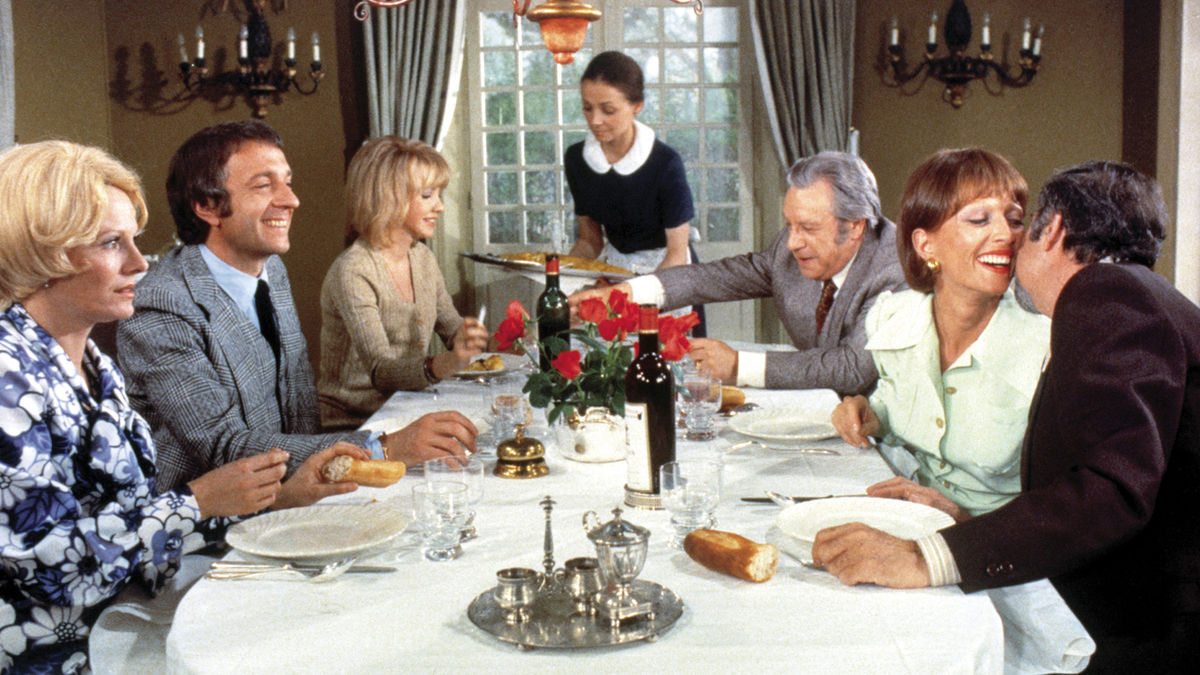 The last film on Xavier Dolan’s greatest films of all times in Buñuel’s masterpiece ‘The Discreet Charm of the Bourgeoisie.’  He calls it a delicious incursion into the bourgeoisie. Flavorful performances, surprising turning points, incredible finale, and, as always in Buñuel’s cinema – scrupulous care for details. And each of these contributes to the magic of the film, building a harmonious whole. A particularly droll, strange, and intellectual work about wealthy people.

Love Me Tender [2019]: 'TIFF' Review- Agoraphobia and the World Within

25 Great Feminist Films That You Should Watch