There’s a kind of world-weariness attached to the characters of crime dramas set in Boston, Massachusetts. Although the characters survive through unlawful means, there’s no attempt to turn them into brave outlaws. What’s more fascinating about Boston-set crime films is the realization of a mundanity or unadorned reality. From crumbling housing sectors, overcrowded bus-stops to broken-down public parks and gloomy pubs, the suggestion of urban rot finely reflects the characters’ struggles to survive in the fringes of gangland. Clint Eastwood’s Mystic River (2003), Martin Scorsese’s The Departed (2006), and Ben Affleck’s Gone Baby Gone (2007) and Town (2010) have picturized the despair, miseries of Boston criminals in a way that’s as marvelous and moving as the tales of Greek Tragedy. Before this particular setting wholly led to a sub-genre of its own, there was the much-cherished The Friends of Eddie Coyle (1973), a multi-dimensional character study and crime/drama, directed by British film-maker Peter Yates.

George V. Higgins was a multi-faceted individual who took on the role of columnist, professor, lawyer, and author. He was the famous Boston crime novelist (and one of key figures in American crime fiction) before Dennis Lehane. The Friends of Eddie Coyle is based on his 1970 novel which was a restrained and unglamorized study of low-level thieves, mobsters and cops (Mr. Higgins’ 1974 novel Coogan’s Trade was adapted by Andrew Dominik under the title ‘Killing Them Softly’). The novel was adapted by Paul Monash, the winner of Paddy Chayefsky Laurel Award for lifetime achievement in television. Mr. Monash also served as the producer who produced acclaimed films like Slaughterhouse-Five and Carrie. As a screenwriter, Monash spectacularly brings alive the clever and gritty dialect of Higgins’ novel. 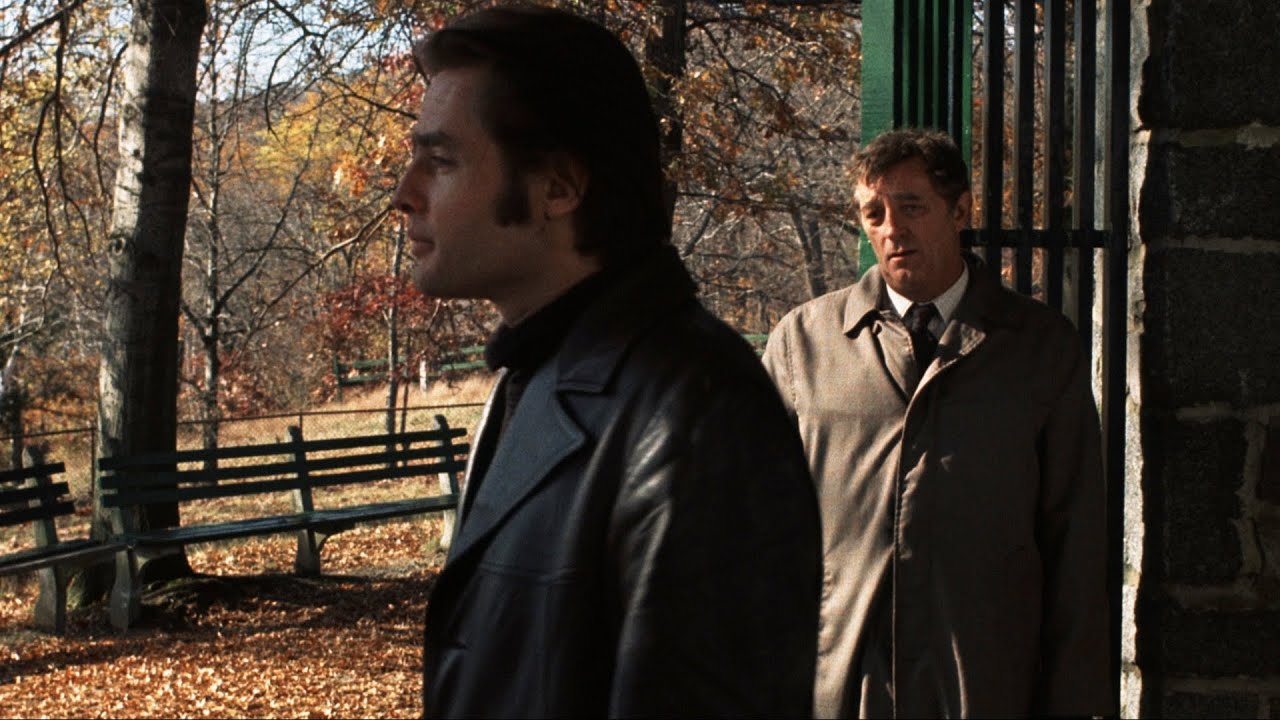 Peter Yates was brought in to take the directorial rein, who was well known for his meticulous aesthetics and mastery of technique, witnessed in British heist thriller Robbery (1967) and San Francisco-set crime feature Bullitt (1968). However, The Friends of Eddie Coyle was received with disdain and disappointment. It stayed perfectly truthful to the novel’s under-dramatized, laconic nature. What now makes Eddie Coyle distinct was back then considered as tedious repetition. With Criterion release and glowing reviews from contemporary cinephiles, this tale of low-lives and their shifting loyalties occupies an important place in the celebrated canon of 70’s crime films (which includes The French Connection, Mean Streets, Dirty Harry, Get Carter, The Getaway, Charley Varrick, etc).

Similar to The Friends of Eddie Coyle: Thief [1981] — A Crafty, Existential Heist Thriller

Iconic actor Robert Mitchum plays Eddie Coyle aka Eddie ‘Fingers’, an aging low-level runner for the mob who is facing two-year stretch in prison for a stolen-liquor rap in New Hampshire. He lives in the cramped quarters with his wife and three children with a stolid, resigned expression. Eddie wants to evade the impending imprisonment and make some money for his family, before being forced into retirement. He earlier provides no-nonsense wisdom, earned through years of hard experiences, to a young, reckless gun-seller Jackie Brown (Steven Keats). Eddie is buying guns from the guy to pass on to his ‘friends’: a group of smug bank robbers, led by Jimmy Scalise (Alex Rocco).

Although Eddie remains as the connecting thread to the narrative’s striking characters, he can’t be labeled as the protagonist in the traditional sense. Eddie’s anxieties about a doomed future pushes him to interact with other complex individuals of criminal underworld, but there’s nothing generic in how these interactions evolve. There’s Dillon (Peter Boyle), a pragmatic bartender with strong roots in the underworld, who figures out the connection between Eddie and Jimmy Scalise. Then, there’s Dave Foley (Richard Jordan), a crafty Federal agent who hopes Coyle will rat out his friends in desperation over the prison stretch.

The Friends of Eddie Coyle is the kind of low-key, intelligent character exploration which stands as the testament to the glorious standards of 70s Hollywood cinema (it’s almost impossible to imagine such films being made under studio banners). The film strictly refuses to indulge in any sort of conventional, fatal violence for embellishing the dramatic purpose. The film’s tension comes from the awareness that Coyle is no brainiac; who has no idea or doesn’t care about the strong forces gathered around him. And, this is perfectly established through Robert Mitchum’s non-performance. For decades, the revered Hollywood actor is known for his aura which sometimes overwhelms the narrative dimensions. But here, Mr. Mitchum effortlessly gets lost amidst the crowd of complex characters. 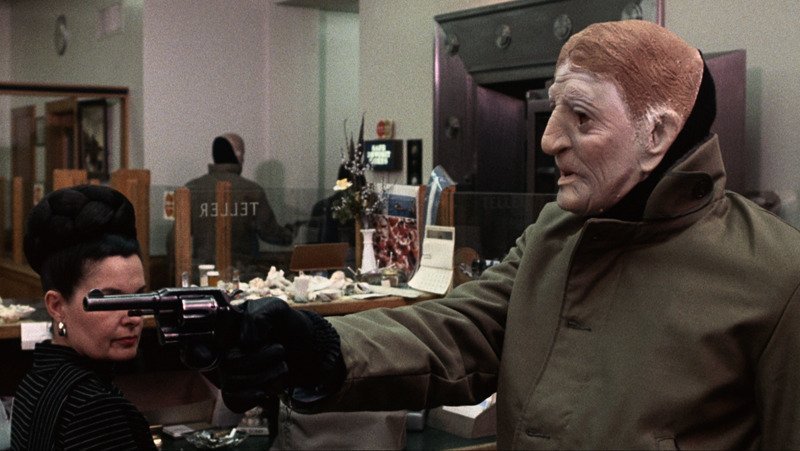 Eddie might be a weak sad-sack, but Mitchum turns him into compulsively watchable character, grounding every gesture and dialogue delivery in a remarkably nuanced manner (the character played by Al Pacino in the 1997 movie Donnie Brasco shares some character traits of Eddie). One of the criticisms often pointed out about the movie is that Eddie Coyle’s character should be explored more deeply than choosing to elaborately stage the bank robbery scenes. Despite being slightly out-dated and appearing pedestrian in the contemporary sense, I liked the staging of heist scenes. The high-tension and threat of violence depicted in those set-pieces speaks highly of Peter Yates’ masterful command over the technique.

Paul Monash’s dialogues have the nonchalant bite we have later encountered in the works of David Mamet and Aaron Sorkin: “This life is hard, man, but it’s harder if you’re stupid”, one of the many memorable laconic remarks in the narrative. Both Higgins’ novel and Monash’s script eschews the conventional characterizations of hero, anti-hero or villain. Peter Yates and Monash dedicate majority of the narrative to firmly establish the connections between the characters in a starkly prosaic manner. All the three-dimensional characters here are just giving their best to survive the festering rot encompassing the community (the ‘friends’ in the title only drips with irony). Mr. Yates keeps his cameras trained on the cops and thieves’ routine locations – bowling alleys, darkly-lit bars, dirty trailer parks, etc – that highlight the tedious rhythms of their life, which is contrary to what we often see in crime fiction (although thematically different, Italian movie ‘Gomorrah’ is one of the recent films which deals with similar humdrum and distrustful nature in the life of criminality).

The Friends of Eddie Coyle (102 minutes) is a slow-burn, unconventional character study of a small-time criminal which smartly rejects the heightened sense of masculinity usually found in crime features. Peter Yates’ studied visual technique and Robert Mitchum’s subtly powerful presence makes this one an intriguing chronicle of a foredoomed wiseguy.

The Friends of Eddie Coyle Trailer