“Michael Mann’s “Thief” is a film of style, substance, and violently felt emotion, all wrapped up in one of the most intelligent thrillers I’ve seen.” – Roger Ebert 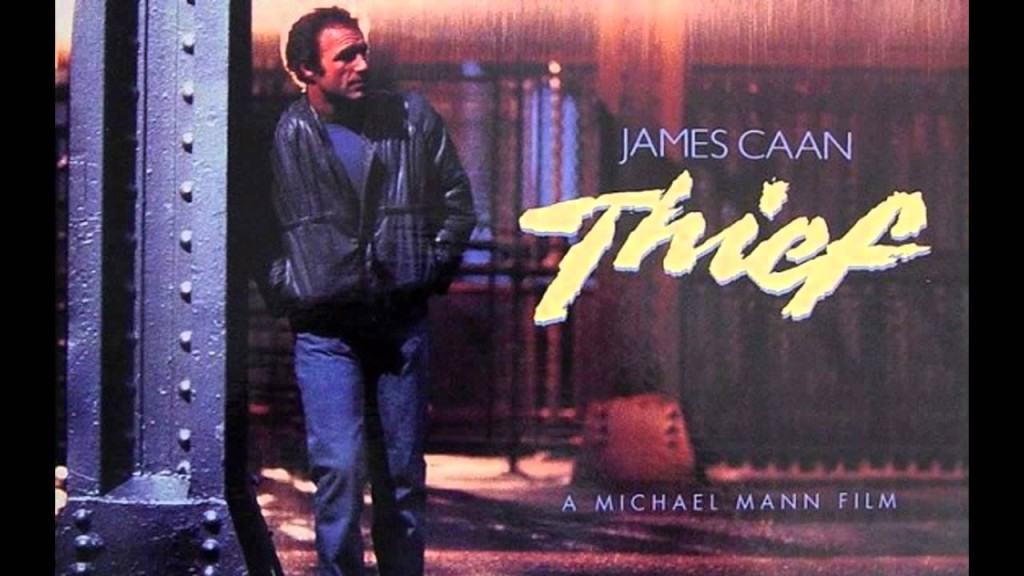 Glistening wet streets, intense neon lights, transient spaces, reflective objects, cool-blue color palette, and a pulsating score. Yeah, it’s all the recognizable nuggets of Michael Mann’s visual style, which isn’t just about remaining ‘showy’, but also remains wholly attuned to the story’s emotional textures. And, what’s fascinating about these confident and meticulous visuals is that Mann accomplished it all in his feature-film debut “Thief” (1981) itself. The recurring themes in Mann’s works involving hardened, urban males are also present here. A single, rigorous frame and handful of colorful dialogues in “Thief” could serve as a fine blueprint for cinephiles on what to expect from Mann’s masterful film-making skills. Thematic and narrative wise, Mann’s debut feature traverses in the territory of classic, existential European heist films “Riffi” (1955) and “Le Circle Rouge” (1970), but the innovative and acute staging of the material signaled the arrival of a director with a purest, unique voice.

Mann’s protagonists or anti-heroes are often professional men who believe in thieves’ honor and are gradually caught up in a lonely, dangerous endeavor. These men are not totally cynical; they do indulge themselves with hope, but their idea of self-preservation is so rigid that it often leads to self-destruction. Frank (James Caan), the expert safe-cracker in “Thief” is one such guy. A master professional with a sensual precision, who drills into a huge safe withholding D-flawless diamonds in the opening scene. Nevertheless, Frank isn’t a master in dealing with other aspects of life: hot-tempered; has single-minded ideas about life; and a bleak code. But, Frank’s instincts and reasons are palpable. He had wasted his youth in prison and if not for a father figure & mentor – an ex-con named Okla (Willie Nelson) – he would have ended up dead inside the prison. Now, Frank just wants to attain the ‘American dream’ (in his own way), which had been denied to him by the system (he grew up under childcare management). 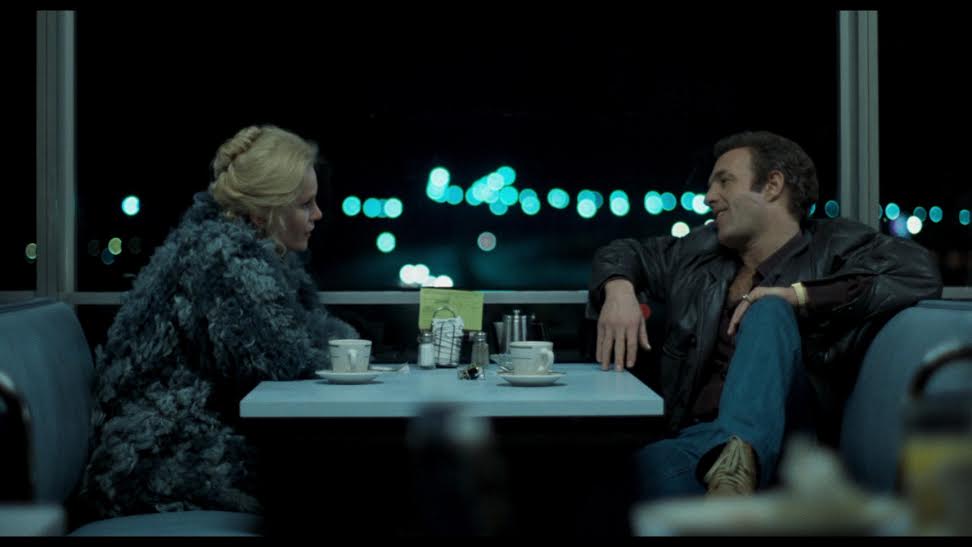 In one of the film’s great moments, Frank visits dying Okla in the prison and tells to him about the girl he loves. He asks the old man whether he should lie about what he does. To which Okla replies “lying is the best way to ruin what you have with someone who means something to you”. Frank had rarely concealed his persona and so he approaches the girl Jessie (Tuesday Weld) with the same verve. He presents his love for Jessie in a strangely practical manner and also explains what he does for a living. At work, Frank wants to call all the shots, trusting few acquaintances including Barry (James Belushi). His inherent desire to  start a family pushes him to escape from the shadows of the criminal world. And, so Frank compromises few of his instincts to take an exciting offer from powerful mob boss Leo (Robert Prosky). What happens then is inevitable.

The mournful plot may not seem to have anything new and the narrative trajectory is of course predictable. As in Noir films, good things happening to criminal people doesn’t last forever. But, “Thief” is never spoiled by this predictability factor, thanks to Mann’s wonderful thematic reworkings and sharp aesthetics. “Heat”, “Collateral” or “Thief” could be affixed with crime/action labels and definitely Mann provides stupendous action sequences (the heist scenes in “Thief” are vividly detailed). However, the soul of the director’s works resides in inaction; the bliss of watching Mann’s is in the principled conversations between two polarizing or consenting personalities. Consider the well-staged sequence in the diner between Jessie and Frank, where he talks out of her reluctance. The contempt, agony, and romance between the two gloriously resonate beyond the frames and enclosures. The enraged conversation between Urizi and Frank (at the interrogation room) may not be as colossal as De Niro & Al Pacino exchange in “Heat”, but still Mann goes for organic dramatics to further his favorite themes rather than using faux action. 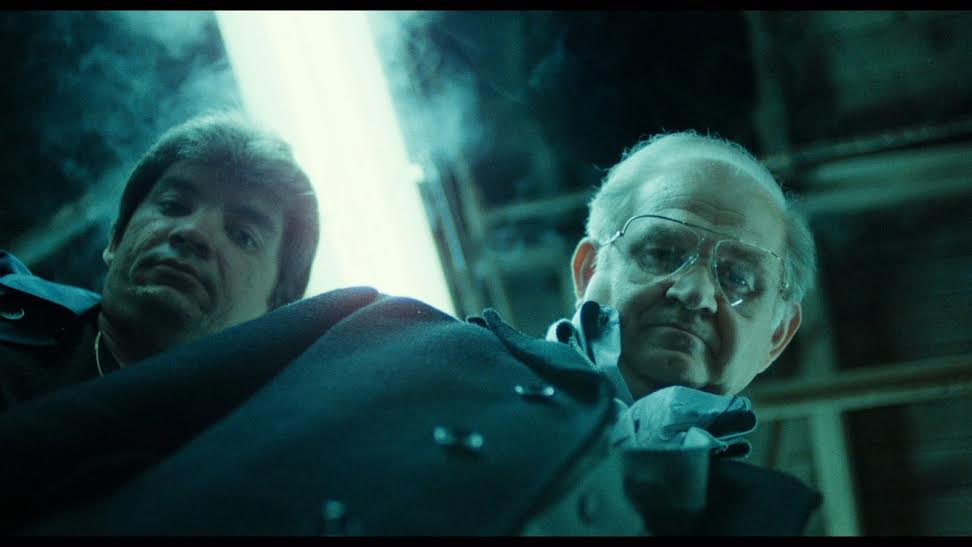 There are few over-stated moments in the script and some might find the narrative fundamentally flawed, although the greatest virtue of the film is its immediately recognizable, well-designed style. Neon lights reflecting on rainy roads, symbolic tube-like underpasses, darkly lit interiors and distinct color schemes (primarily cobalt blue) practically become a character in itself. There are certainly showy juxtapositions in the tense heist scenes, but those visual tricks are uncommonly good and executed with a deft touch. Frank’s dynamic journey to attain total freedom is well-developed through the visuals alone. The maze of streets and tunnels represents for the anti-hero’s search for a destiny – the one that lacks any spiritual dimension. When he eventually realizes that only self-sacrifice could help the ones he loves, he feeds all the materialistic gatherings to fire. And, in those self-destructing acts, we not only witness loud crashes, but also the shattering of Frank’s illusion. Unlike Noir movies, “Thief” ends on a different note, which may surprise a few. But, I think the closing frame implies that Frank’s worst fear had been realized, which is ‘isolation’. As Frank, James Caan imbues a certainty and grandiosity to carry his reticent character. The actor is at his best when he under-plays (especially in the scene when he reasons with Leo after the heist) rather than at shouting expletives. Willie Nelson as Okla has only couple of scenes, but his soulful voice and performance is all the more touching.

“Thief” (124 minutes) is a timeless & compelling heist drama, propelled by meticulous directorial craft and persuasive acting. The film signaled the arrival of a fully developed artist, who is in complete control of his medium.