The metaphors in Bhaskar Hazarika sophomore film Aamis (Ravening) are pretty clear. Which is why in spite of its philosophically deranged center that talks about suppressed desire; there’s very little chance that his film would actually be universally lauded by the festival going audience. Genre festivals which showcase newest discoveries that enrich the various facets of the human condition through a gleefully macabre premise are likely to be the right market for this tender, genre-defying romance about restricted love.

On the offset, the film seems to be far-removed from Hazarika’s previous film Kothanodi  – A culmination of horrific psychologically ominous folktales. However, much like last year’s genre-defying horror folklore Tumbbad, Aamis has a lot of twisted tricks up its sleeves. The revelatory and surprisingly weird progression in Hazarika’s film quietly brings it in the categories of understated, subtle and occasionally powerful body-horrors.

Related to Aamis (Ravening) – HOUSE OF HUMMINGBIRD [2019]: ‘TRIBECA’ REVIEW – OF GROWTH AND RESILIENCE THROUGH SELF-CREATED SHELLS

The premise is pretty simple. A lonely married woman named Nirmali (played by Lima Das in her acting debut) slowly starts bonding with a young, shy doctorate student Sumon (Arghadeep Baruah) after she treats one of his vegetarian friend who ends up with a stomach problem as he ate non-veg for the first time. Sumon who is researching the act of meat eating in North-East India draws a certain friendly liking towards Nirmali who also shares the same love for eating meat. The two of them start hanging out with each other, trying different types of meat that are found in the country (Note: No cow and pig meat is ever mentioned – A subtle commentary on the country’s cumulative mindset, maybe?). 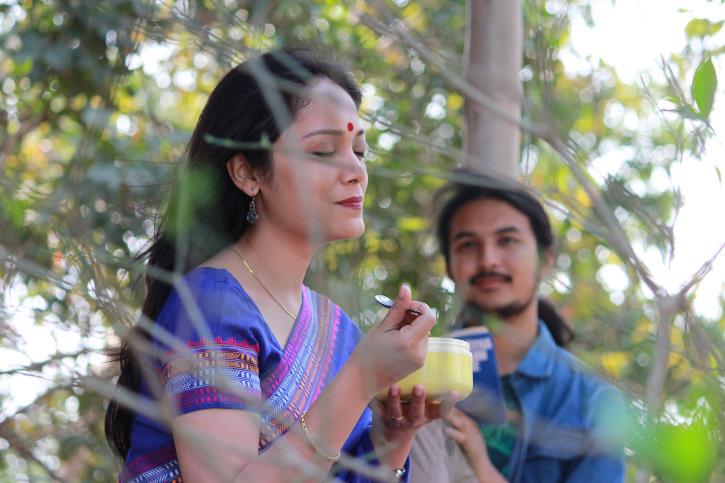 The two start fleshing out their love for food as a way to spend time with each other. He is unhappy with his usual women encounters and finds Nirmali’s outlook towards the world truthful. She lives with a child and a self-boasting man who is mostly away for work. Both are lonely in their own world. The desire to eat and discover new food comes more from the longing to have someone share one’s liking and less from gluttony. Sumon, who is younger and little naive starts having feelings for Nirmali. Niramali, who is strictly against infidelity (referring her married friend with an affair as a counterpoint) likes to keep her desire at bay by only confessing the reason for their meet-ups for pure hunger purposes.

Hazarika’s narrative question a lot of societal pathos that is governed by the country’s lack of understanding towards passion, need and desire. Much of the connection between the two people at the center of Aamis seems to boil up and brew towards intimacy. But it is always repressed due to societal accords. The film later motions into unnerving and surprisingly detached and twisted territory that would either sit right or wrong with the audiences. For me, the slow, lurid pace is apt for the sudden change in the narrative arc but this is exactly where the writing lags. The characters’ progression into darker territory feels organic when love is concerned. But on screen, it plays out like a greater extension of the same theme being hit over the head over and over again.

The third act of Aamis (Ravening) is all about the horror of suppressed desire and forbidden love not finding a correct channel to seep out. Hazarika manages to ground his character and their motivations to do certain things but the acting by Arghadeep Baruah – Which mostly feels muted and forced; doesn’t bring out the theme to the foreground. The other two characters that counter actions by the leads are also half-baked and just there as mere props.  The film opens up a narrative strand that relates to Nirmali’s married friend Jumi (Neetali Das) but never seems to get back to her. 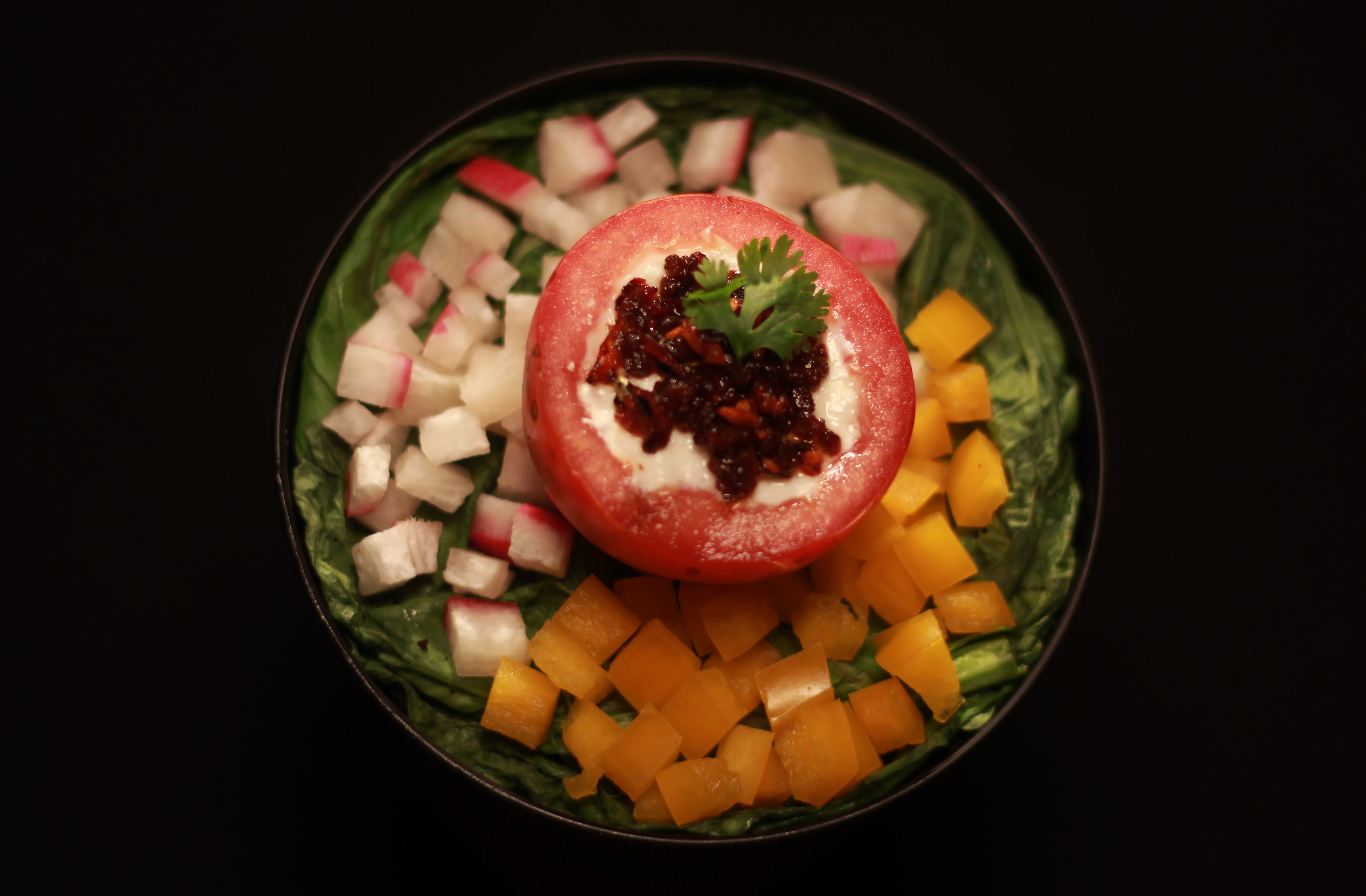 While there are some decently edited bits of imaginative hypnotic imagery that Hazarika uses to signal the eventual doom, the conclusion which is entirely predictable become totally banal and unsatisfactory. Quan Bay’s musical score that uses most classical scores in the wrong note is just left unfettered by the roughness of the stories end.

I really liked Bhaskar Hazarika’s Aamis (Ravening) as a tale of quietly horrifying consequences of forbidden love and suppressed desire, but as a well-written film that tightly packs a punch – It doesn’t chew well.

‘AAMIS’ HAD IT’S PREMIERE AT THE 2019 TRIBECA FILM FESTIVAL.
CLICK HERE FOR OUR COMPLETE TRIBECA COVERAGE