All stories are drawn from the same wall. Tumbbad just digs a little deeper and reveals the cinematic treasure we didn’t even know existed.

Have you noticed how every trailer of a festival film has a critic describing the film as ‘unlike anything you’ve seen before’? As if that’s the highest praise a film could get. It means that the critic, who has seen a lot of films, couldn’t find a single film to compare it with. This phrase reveals a lot about how we watch movies. We don’t watch a film objectively, we watch a film in reference to other films. For instance, while watching an epic fantasy movie, you’re constantly comparing it with Lord of the Rings or another movie that’s benchmark for you. It takes tremendous effort to shatter viewers’ preconceived notions of what a film of the particular genre should be and make them see a film for what it is.

To put it simply, Tumbbad blew me away. It managed to surprise me. It forced me to view it objectively. I had no idea where it was going. It’s a film that’s hard to categorize into a genre. Is it a folk horror or an epic fantasy or a heist thriller? I don’t know. It has a monster (mythological creature), but the protagonist is invading his space and not the other way around. It has all the elements of a quest for treasure film but there is no physical journey, the road here is metaphorical. Also, the fate of the world doesn’t depend on the protagonist getting the treasure, the only motivation for the hero is his own greed. It feels like a heist film but there is no typical cop-thief chase.

The story revolves around three generations of a Brahmin family during 1920s. Their old ancestral house in a village named Tumbbad is hiding the treasure. With each generation, the greed amplifies. Their desire for gold coins links their fate with Hastar, the forgotten God of Greed who wanted the endless supply of gold and grain. In the beginning, the cursed grandma, who has turned into a living ghost, warns her grandson, “Not everything you inherit should be claimed”. That’s the theme of the movie. It is also a commentary on how humans are exploiting Earth for their own greed. 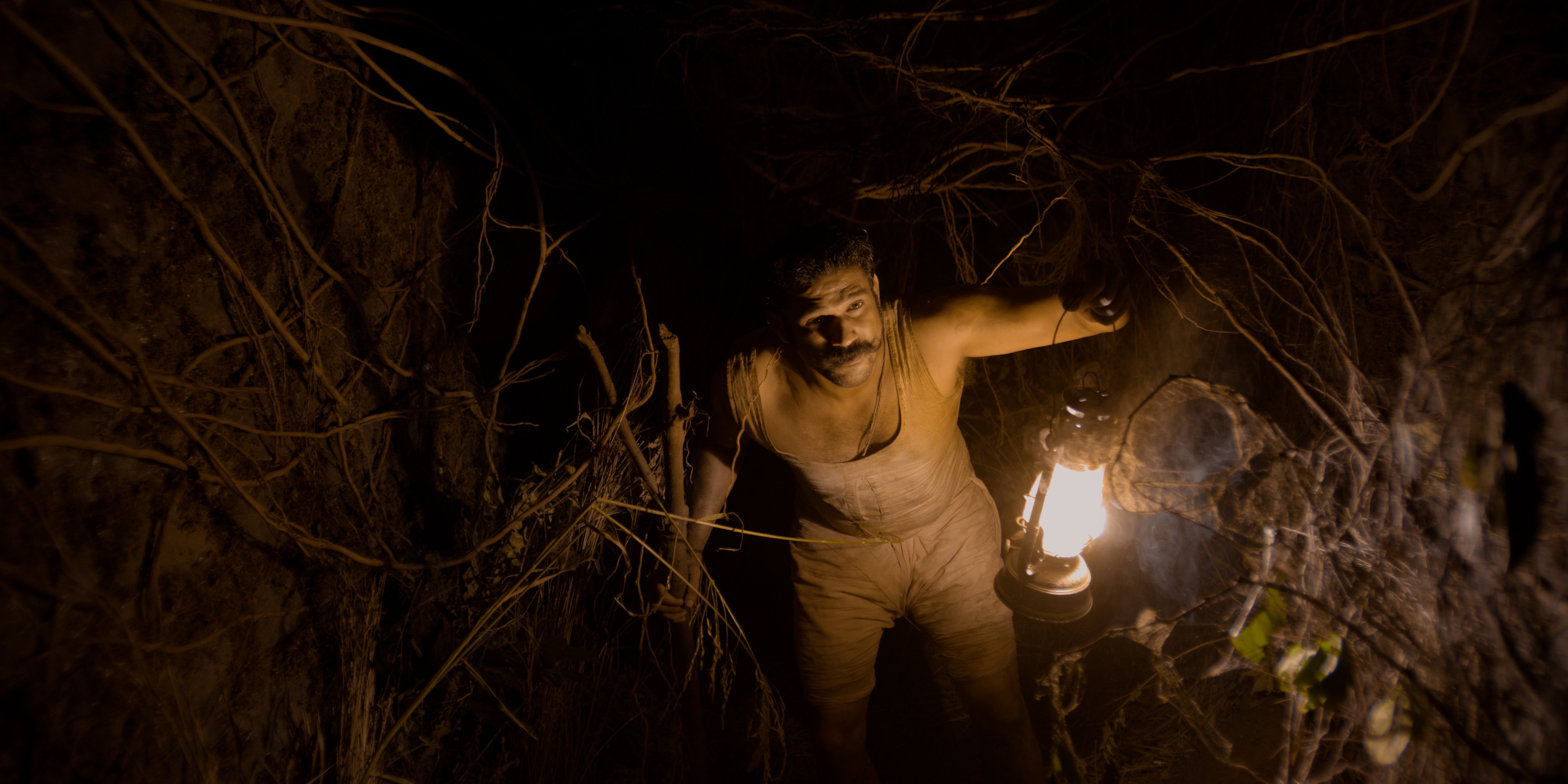 One of the first things you’ll notice about Tumbbad is how authentic everything looks. While most of the high fantasy films rely on opulence, Tumbbad goes for authenticity. There are no golden palaces or majestic creatures. Instead, the film is shot in an actual decrepit mansion. The setting and the tone of the film is so spot on, it feels like a 100 years old film restored and released now. Any film that is VFX heavy takes the risk of looking like a cheap video game. I’m not saying every movie should look realistic, but it should stick to the reality of world it’s set in. Tumbbad has some of the best VFX and prosthetics I’ve seen in years, not to mention brilliant cinematography that involves a lot of high angle and handheld shots. The monsters in this movie look genuinely scary. The fact it took 6 years to make this movie shows the level of commitment of actor/producer Soham Shah and everyone involved. The craft on the display here is of the highest level.

Another thing I admire about Tumbbad is how it uses mystery to keep viewers engaged in the story. All horror movies are about the fear of the unknown. The moment you reveal your monster, it becomes boring and predictable. For the significant duration of movie, we see our hero dipping into the well and getting gold coins. But we don’t know how he does it or what’s inside the well. That’s what keeps us invested. To compensate for the lack of conflict in the main story, the writer introduces new secondary characters. As a result, even when the main plot is not moving forward, there’s enough stuff going on to keep us hooked.

All stories are drawn from the same wall. Tumbbad just digs a little deeper and reveals the cinematic treasure we didn’t even know existed. I hope that people watch Tumbbad and say that ‘it’s a good movie’ and not ‘it’s good for an Indian movie’.