Fantasy is so often rigidly defined and cornered into just Swords and Sorcery films. It can be so much more and so much more, well, fantastic! Instead of offering you ten of the best films, or any arbitrary ranking, I'm offering instead ten films that sometimes get overlooked as fantasy. It might broaden the spectrum of what it is we call fantasy and what is under the realm of the fantastical.

Fantasy is often listed as merely swords and sorcery. This is not to say it isn’t considered a serious cinematic force in the world. Peter Jackson’s The Lord of the Rings Trilogy as well as Game of Thrones have helped catapult fantasy into the popular imagination, certainly, but often to a detriment. There seems to be a growing divide between what we call Fantasy and the Fantastical, although of course, they are the same thing. What we do see is a rigid definition of what we call a work of fantasy, though. Swords and Sorcery, political intrigue, and sweeping epics, trilogies, shows, and so forth. I wish to propose an alternative to this. Instead, let us look at another way to view fantasy and the fantastical that doesn’t involve something necessarily rooted in Middle Earth. In this case, I wish to express ten fantasies that are overlooked, or not always considered works of fantasy. I’m defining this as something that cannot happen in the modern world, something a bit more whimsical, and maybe something that sparks the imagination, or has its basis in science fiction and horror.

Fantasy can be surreal and not so rooted in, ironically, gritty realism. These may not always be commercially appealing, however, they offer another view of a genre that sometimes is mired in more of the same. For the purposes of this list, I am going to limit myself to one director per film. I also do not wish to rank these, so not to say one is superior to another. 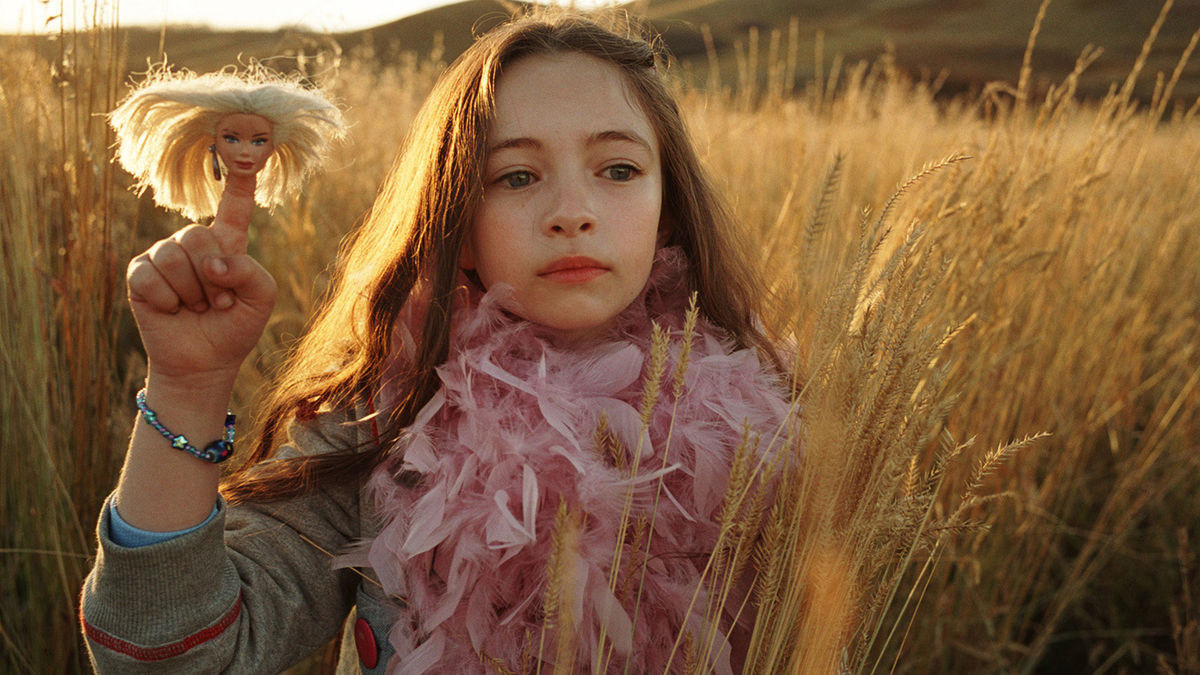 Perhaps this is a controversial first choice. While Gilliam’s other incredible work of fantasy, The Adventures of Baron Munchausen (1988),  may fit the bill it feels as if its cult status has not earned it an overlooked position. Tideland (2005), on the other hand, is ripe for rediscovery. This may be the most challenging of Gilliam’s films. Tideland is an often brutal work of art that challenges the viewer to examine the story from multiple perspectives. Gilliam opens the film encouraging us to see the film from the eyes of a child, a feat that is almost impossible and excruciating, at times absolutely horrifying. Some may argue that this does belong more in the category of horror, and I wouldn’t disagree. However, as a work of fantasy, it cannot be denied the power of imagination as well as the effect of trauma and agony. The film itself is shot from the perspective of the heroine, Jeliza Rose, and we are encouraged to see it from her fragmented and dreamlike mind. It’s a work of beauty. It’s fantastical elements capture a challenging imagination that rewards the viewer for sticking with it if one can endure its nightmares. 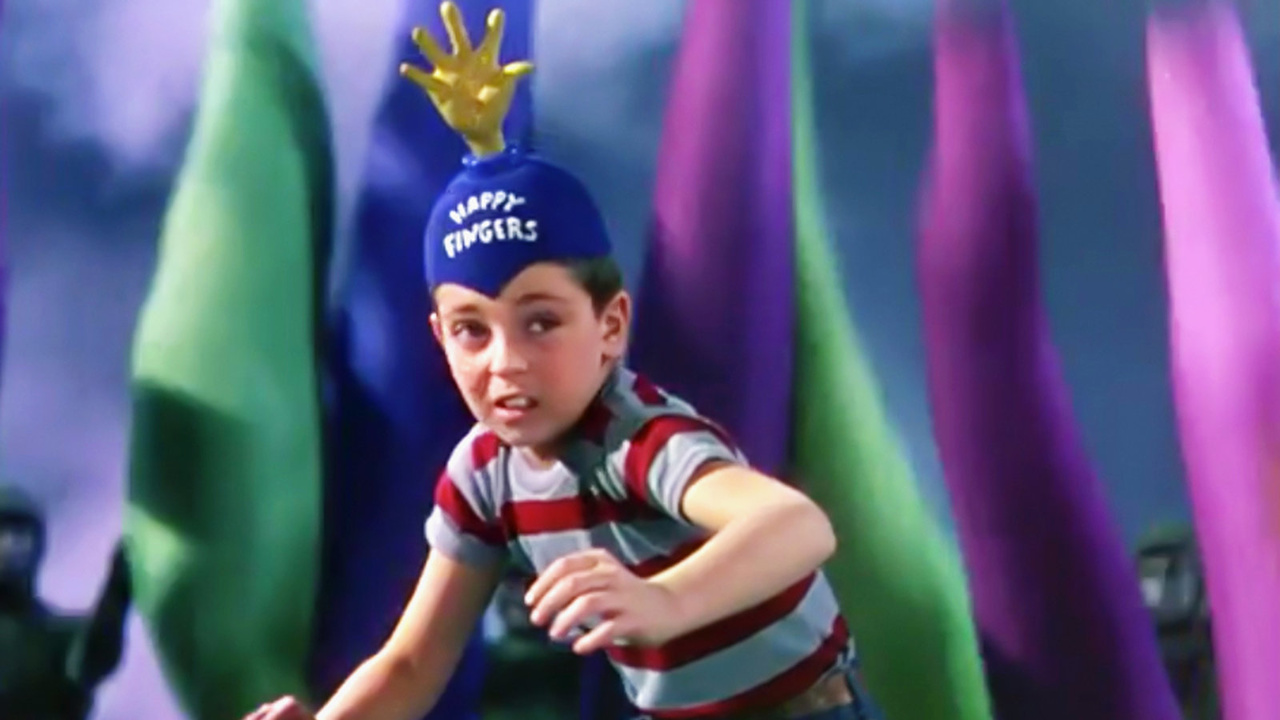 Delightfully lead by a maniacal Hans Conreid, this film floats through a dreamscape of atomic energy, a piano instructor seemingly modeled after Mussolini, and plans for world domination. Written by Dr.Suess, it remains the only film he wrote that wasn’t based on a previous work and its failure to garner attention discouraged him from pursuing the medium much farther. Still, it’s a zany, delightful romp through what is essentially a dream. It pushes the boundaries of live-action fantasy, especially for the 1950’s. This film falls much more under the realm of the whimsical, but it delightfully glides through the tropes of a Dr. Suess story, though more anarchic than maybe he imagined. 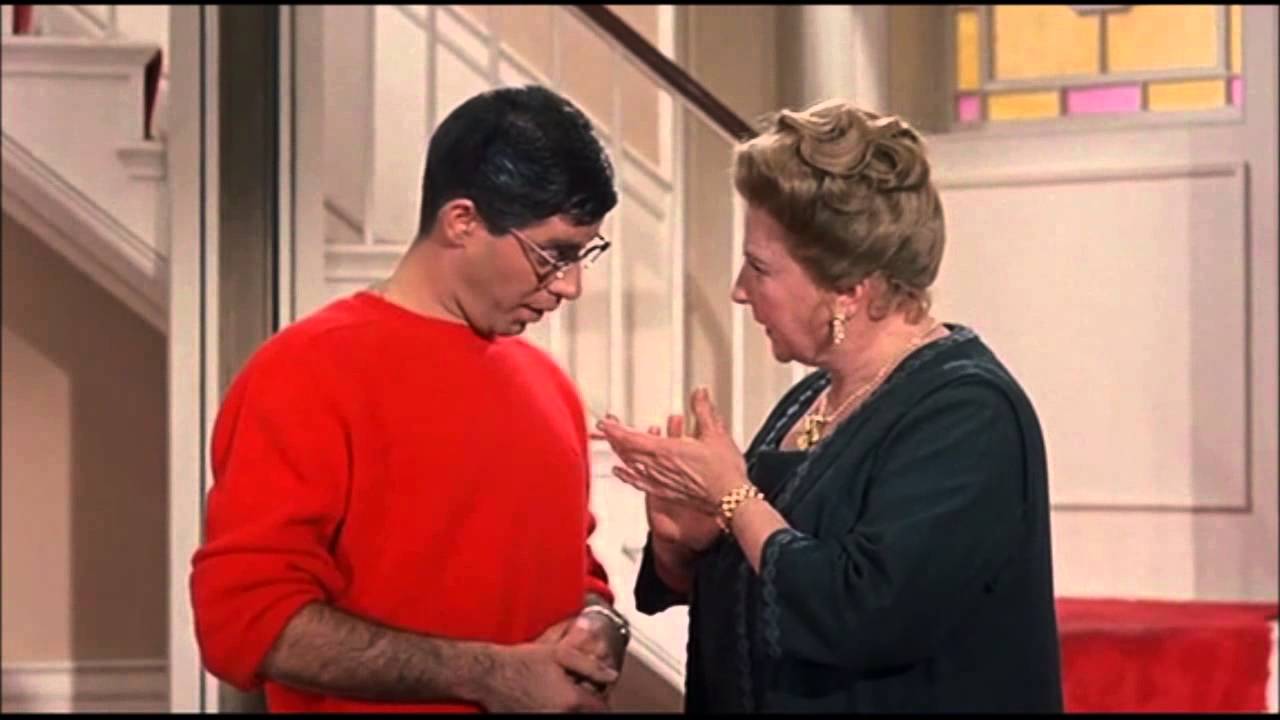 Any number of Jerry Lewis films might fill this spot. Yet, how can one deny the sheer impressiveness of Lewis’ set? A massive, labyrinthine set that fits more in a children’s pop-up book, or a dollhouse, than anything set in reality. The film is more or less a series of vignettes that become more and more outlandish the longer Lewis’ Herbert H. Heebert remains working at this all-girls boarding home. The only segment of the film that seems grounded in reality is the very beginning of the film, and from that point on Lewis ramps up the silliness, the hilarity, and of course the fantasy.  Its silliness is only punctuated more and more by the fantastical elements, used instead to go for laughs and spectacle over commentary, though not lacking in any innovation. 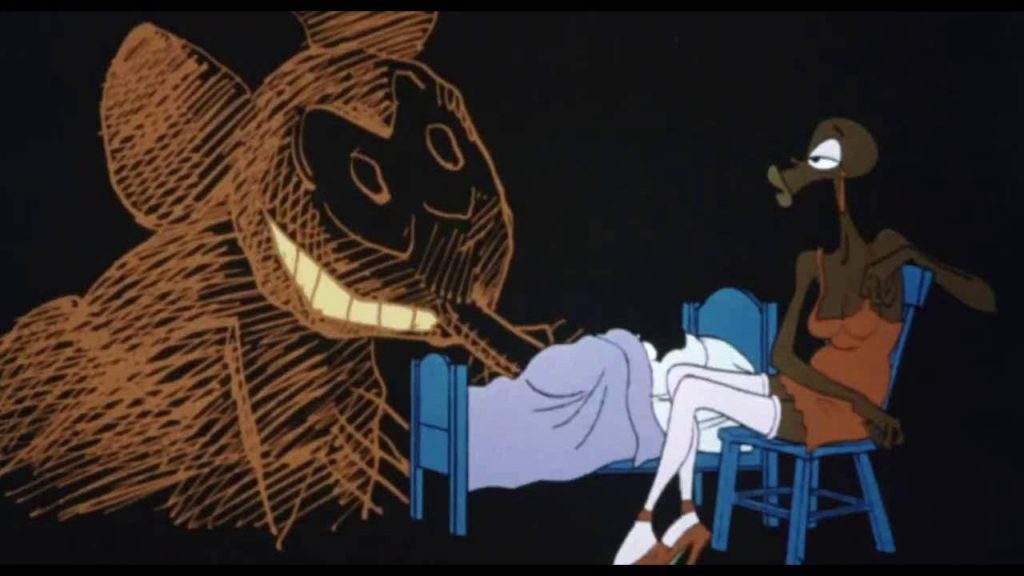 Ralph Bakshi may have actually directed films that fit more into the traditional fantasy film, but Coonskin goes for broke. A reworking of the Uncle Remus tales, set in Harlem, Bakshi plays upon our very idea of the American myth. Tackling Americana, he plays with imagery of the American Dream as well as the mythologies and images we’ve built for ourselves to remain safe and secure. He also chooses to re-imagine Black tales in order to examine and poke holes in the various political and social dynamics of America in the 1970’s, even for today. He aided in breaking open a wall allowing for, perhaps, more black lead works of fantasy that, sadly, do not have the accessibility of some of the other films on this list. One can hope though.

Jodorowsky was bound to pop up in this list. I feel this choice is limited in my having only seen a handful of his films, loving all of them but limited in what was available. Still, this journey through spirituality, chaos magic, alchemy, and meta-fiction is just the deviation from the norm that fantasy asks of us. It is a demanding film that builds slowly, delivering entire biographies of the major players in the film and every symbol they represent. It is more interested in ideas, concepts, and philosophizing than it is to tell a narrative story. Still, it’s a cacophony of sights to behold. Everything from a man molded into Jesus figures, to turning feces into gold.  A truly religious countercultural film, a truly fantastical movie that encourages us to look deeper in ourselves as well as within a genre and what film itself is. This still feels among the most overlooked of Miyazaki’s films. It comes across as the most loaded and angry of his films. A passionate, powerful meditation on the nature of war and how to oppose it as well as with the frustrations that come with dealing with inept, often corrupt leaders. Then, at the same time, it seeks to capture a slice of everyday life. Howl’s Moving Castle is an intricate look at fantasy and that it doesn’t need to be gore, blood, sexualized, or overtly political in order for it to make a stance, to fight back. Instead, Miyazaki seeks to have the viewer realize life is not only worth living, but worth fighting for. That hope can still exist in the hearts and minds of those afflicted by the horrors of war. Yet, at no point does it glorify battles or indulge in gratuitous violence, which to Miyazaki seeks to present as truly horrible and utterly despicable. It’s only job is to destroy, and that’s not what Miyazaki wishes to praise. 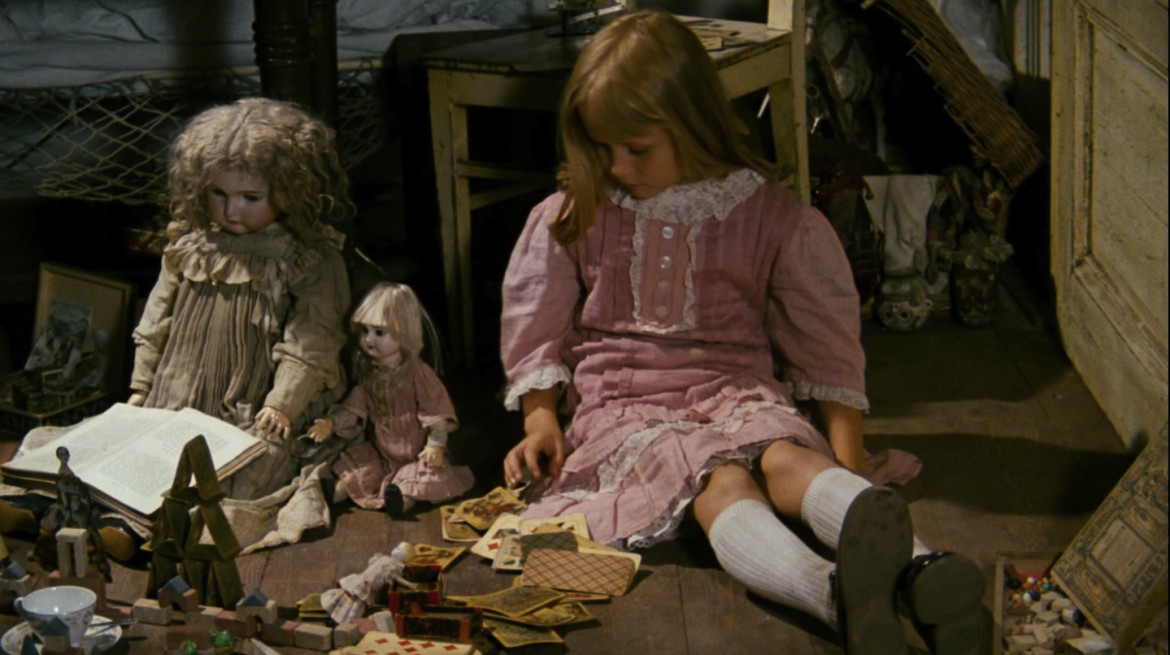 While the constant narration by Alice herself gets old after a few minutes, the sheer visual feast of this horrific and fantastical film cannot be denied. Svankmajer decides to eschew a traditional retelling of Lewis Carroll’s Alice in Wonderland in favor of a much darker, much less whimsical, but no less absurd version. Set in an attic, made up of used items and forgotten trinkets, the creatures that adorn this film are often frightening but takes an adaptation in an utterly new direction. Instead of rehashing the same images, the same story, it is what an adaptation should be. It challenges our reading of a popular story and for better or worse, it does something different and unique. If you can make it through the film without being too disturbed, you will be rewarded with an utterly genius work of stop animation that explores the depths of the psyche and of the imagination. 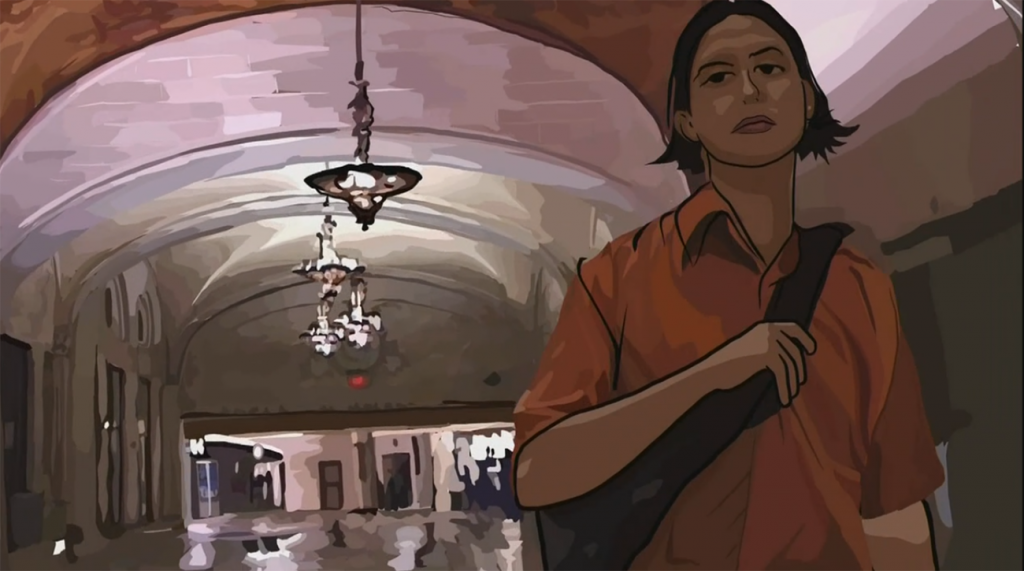 Richard Linkater, being one of the most daring filmmakers of the 90’s, began the Aughts with a bang. A mixture of philosophy, dream, and boundless potential 2001’s Waking Life is a story of a dream. Following the pattern and structure of his first feature film, Slacker (1990), this film jumps from person to person, idea to idea, and image to image. I list it as a fantasy as what else could a filmed dream be? Each frame is animated beautifully in sometimes jarring rotoscope fashion and yet it engages with us as its aware we’re in a dream and, therefore, begins to explore what it means to dream and the world of the dreams. Few films follow this pattern quite as well and explore the boundless potential of the dreamscape. Well, maybe not all of them. 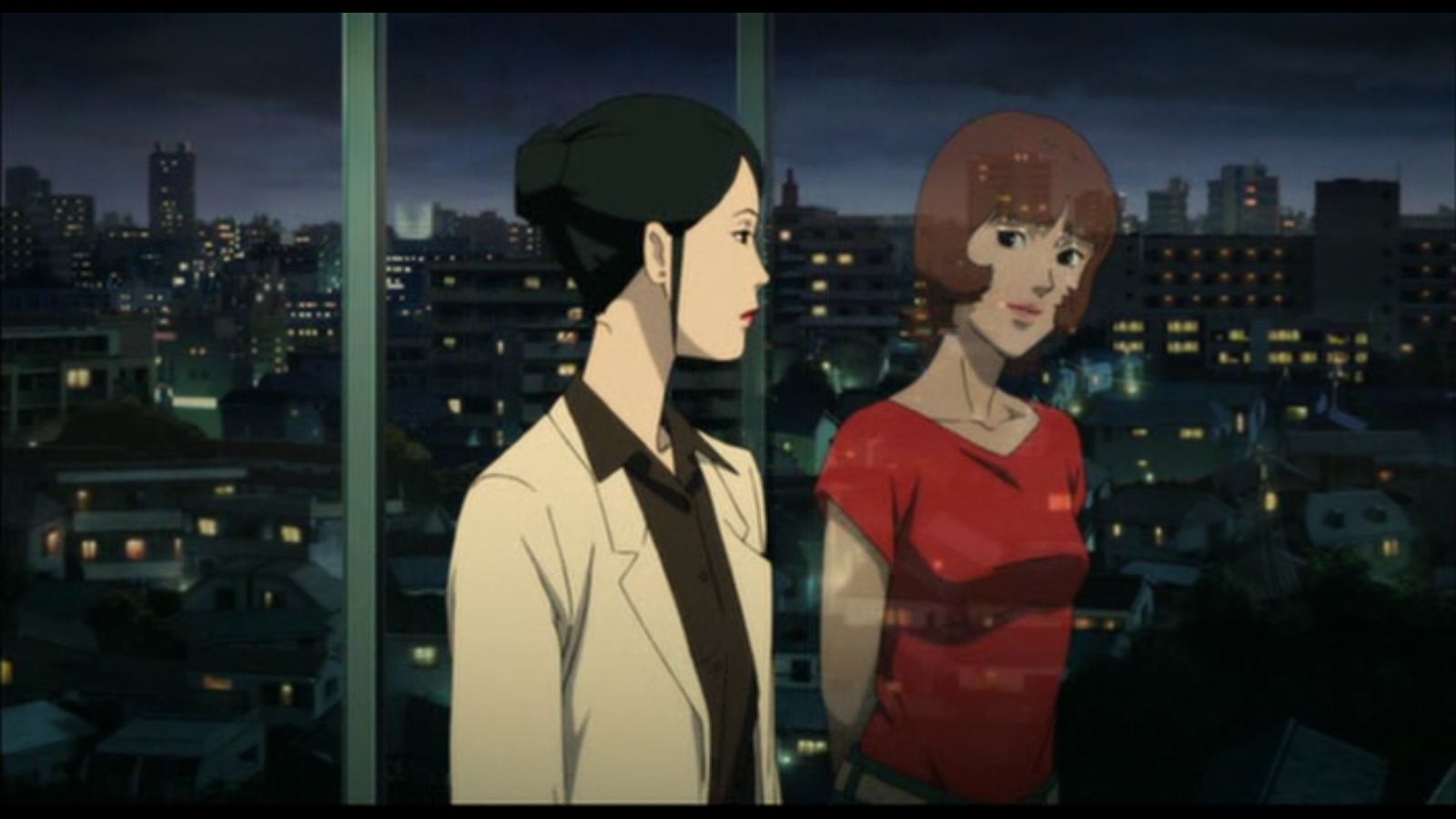 This film feels more like science fiction than it does fantasy, but seeing as the technology that exists in the film has yet to be developed it remains in the realm of the fantastical. This is a film that further explores the nature of the dream and how it affects people. Kon was an utter master at his craft, one of the most gifted animators. He explores the concept of dream logic and takes it either to the logical conclusion or the most extreme, I cannot tell which. Still, the film is a fantasy thriller about cinema, about dreams, about the nature of science, and so on and so forth. Ignore that it’s a visual feast for the eyes, pay attention also to what it has to say. It doesn’t take a political stance in the same way that Miyazaki’s Howl’s Moving Castle does, but it has so much to talk about. The film at times feels like an essay on the consequences of invading minds and exploring the unconscious. 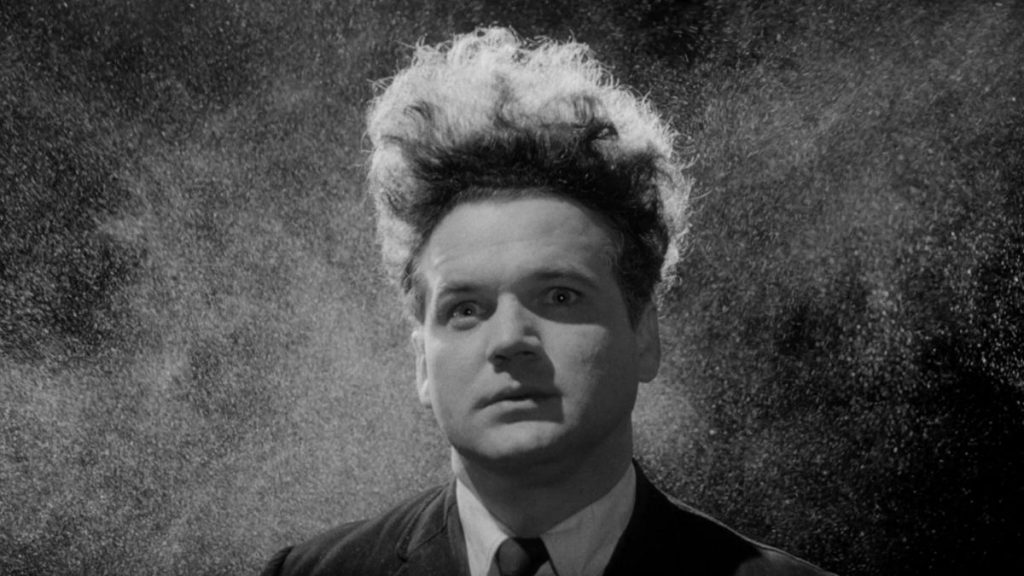 If there is a director who plays to the subconscious or unconscious, it would be David Lynch. Surrealist work also qualifies as works of fantasy too. There is a logic, but we’re not privy to it. Still, it operates on a set of rules that it follows to a T. Any number of David Lynch films could fill this category, whether it be his venomous letter to Hollywood and celebrity (Inland Empire) or a horror film that explores abject suffering (Twin Peaks: Fire Walk with Me) but with his first feature, Eraserhead, is a waking nightmare about parenting and being a father. The anxieties, the stresses, and the horrors of uncertainty, these are all explorations that fantasy, at times, fails to necessarily address. Fantasy and horror seem like strange bedfellows, but they can go hand in hand in an exploration of what really scares us. David Lynch understands this, as do a variety of directors, and it’s about time there is more attempts to do so.

Nelson Maddaloni is a former Paste Magazine contributor. He is an avid cinephile and voracious devourer of films and literature. He completed his MFA from The University of the South.