Tamil filmmaker Vetrimaaran belongs to one of those breeds of director whose tight scripts, apt casting, and realistic treatment of storyline has made fundamental changes to the very nature of mainstream filmmaking. His films are made for a multi-cultural audience and backed by the strength of their storytelling and sculpted dialogue, which has reinvigorated the art of popular cinema with a breath of fresh air.

Each of the films is imbued with a powerful, coherent aesthetic that guides viewers through a dark matrix. At its best, it augments a captivating narrative and sinks viewers into a world of social realism of rural Tamil Nadu. Even urban reality is being depicted showcasing more fallible and life-like characters. The cinema of the carnivalesque with its larger-than-life characters, melodramatic orientation and highly romanticized canvas is something that does not whet his appetite for creativity.

With a filmography of five features and one short film as a director, he has earned his reputation as the most one of the most accessible filmmakers of the last decade. His style involves artistically thriving with a soothing pace lending itself to an atmospheric work filled with oneiric undertones. Some viewers may find his films brutal and gut wrenching as it gets; yet, despite its ruthless depiction, it’s also surprisingly heartwarming. 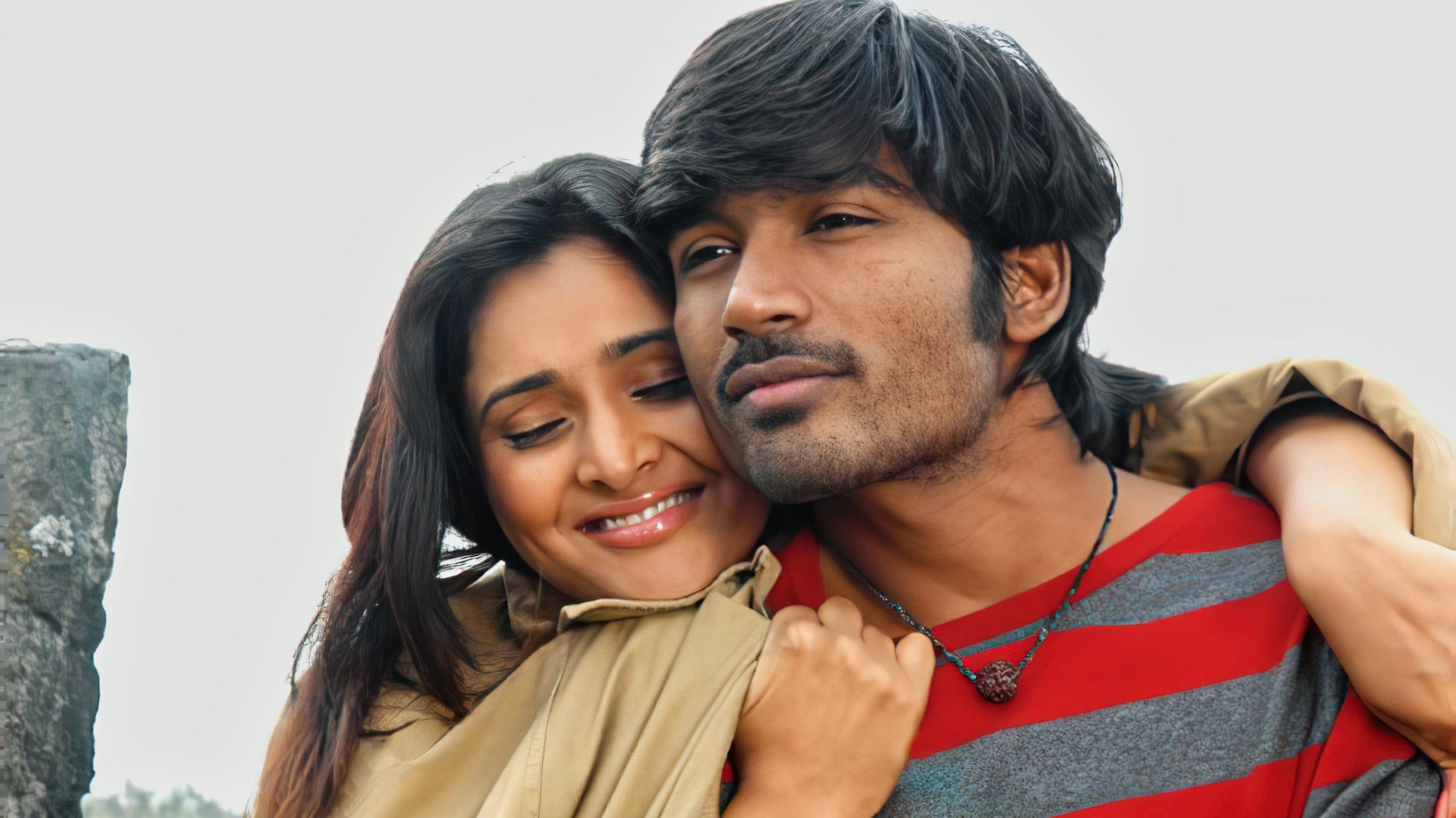 Vetrimaaran’s debut feature film opens up with a gruesome and brutal fighting sequence and then using the device of flashback, the filmmaker takes us into the dynamic world of contemporary Chennai, where an educated young man, Prabhu (Dhanush) fight injustice and in the process is forced to unleash the animal within him.

The protagonist of the film is an uneducated youth who due to turn of events confronts his father (Murali) and an argument regarding the responsibilities of parents towards their offspring ensues. As a result of this conflict, Prabhu gets a hefty amount from his father and he uses the money to purchase a Bajaj Pulsar bike. This appears to be a wise investment because owning the vehicle enables him to get a job and earn respect in society. But the situation takes a drastic turn when a gang of anti-socials steals his bike. Thereafter the film presents the viewers with the transformation of resilience into power and its hold over the life of an individual’s struggle to maintain his position in the harsh reality of everyday life.

The plot of the film has similarities with Wang Xiaoshuai’s Bejing Bicycle (2001). But the well worked out mise-en-scenes of Polladhavan makes it an entertaining tale of a casual urban carefree person’s conversion into a person of genuine worth and true dignity. Polladhavan was remade in Kannada as Punda, in Telugu as Kurradu starring Varun Sandesh, in Sinhala as Pravegeya, in Bengali as Borbaad (2014) and in Hindi as Guns of Banaras (2020). But none of them could achieve the excellence earned by the original version. 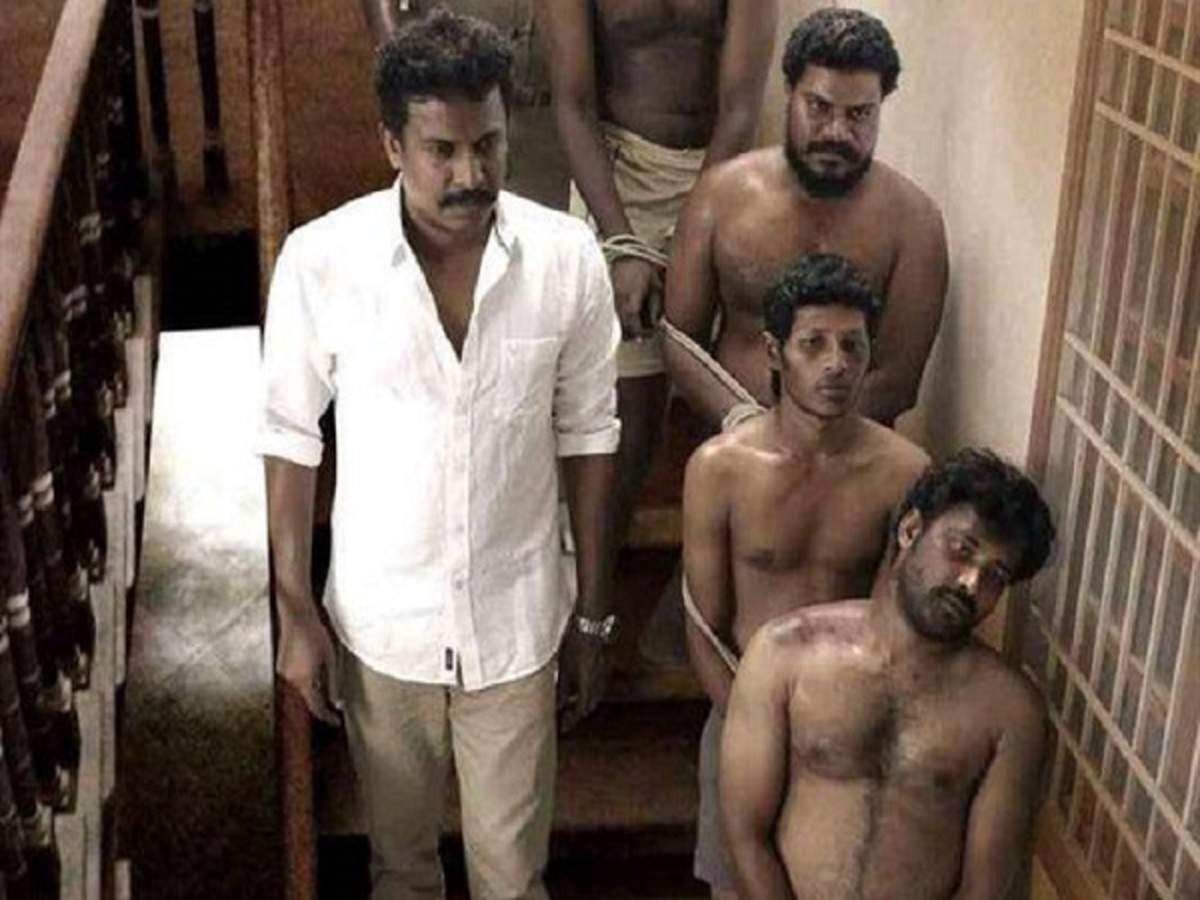 Based on the Tamil novel Lock Up by M. Chandrakumar, Vetrimaaran’s third outing in its first half has such brutal scenes of police torture that one could genuinely feel the bestial act of police torture. The viewers are compelled to cringe as well as empathize with the plight of four helpless souls. The narrative of the film can be divided into two sections-before and after the intermission. Four migrant workers are falsely accused in a burglary case that has taken place at a rich and affluent man’s bungalow. The police beat these four characters in black and blue and want them to confess. Not able to withstand the pain they agree to accept the charges. Once they are produced in the court the narrative of the film takes a twist and the viewers are presented with one shocking surprise after the other.

Related Read to Vetrimaaran Films: Salt Of The Earth (1954) : A Landmark American Independent Cinema On The Working Class

The filmmaker displays superb craftsmanship and commitment to an engaging dramatic tale that ends in a tragedy. The film subtly depicts that the characters in the film become a victim because of the system that protected the criminal over the accuser. It is a deeply troubling film that is devoid of cathartic and healing moments. Vetrimaaran does not feel hesitant in constructing the brutal scene with ease and he is neither afraid to carve out its own unique style.

The film had its world premiere at the 72nd Venice International Film Festival, where it won the Amnesty International Italia Award. Back home it had won three National Film Awards- Best Feature Film in Tamil, Best Supporting Actor and Best Editing. 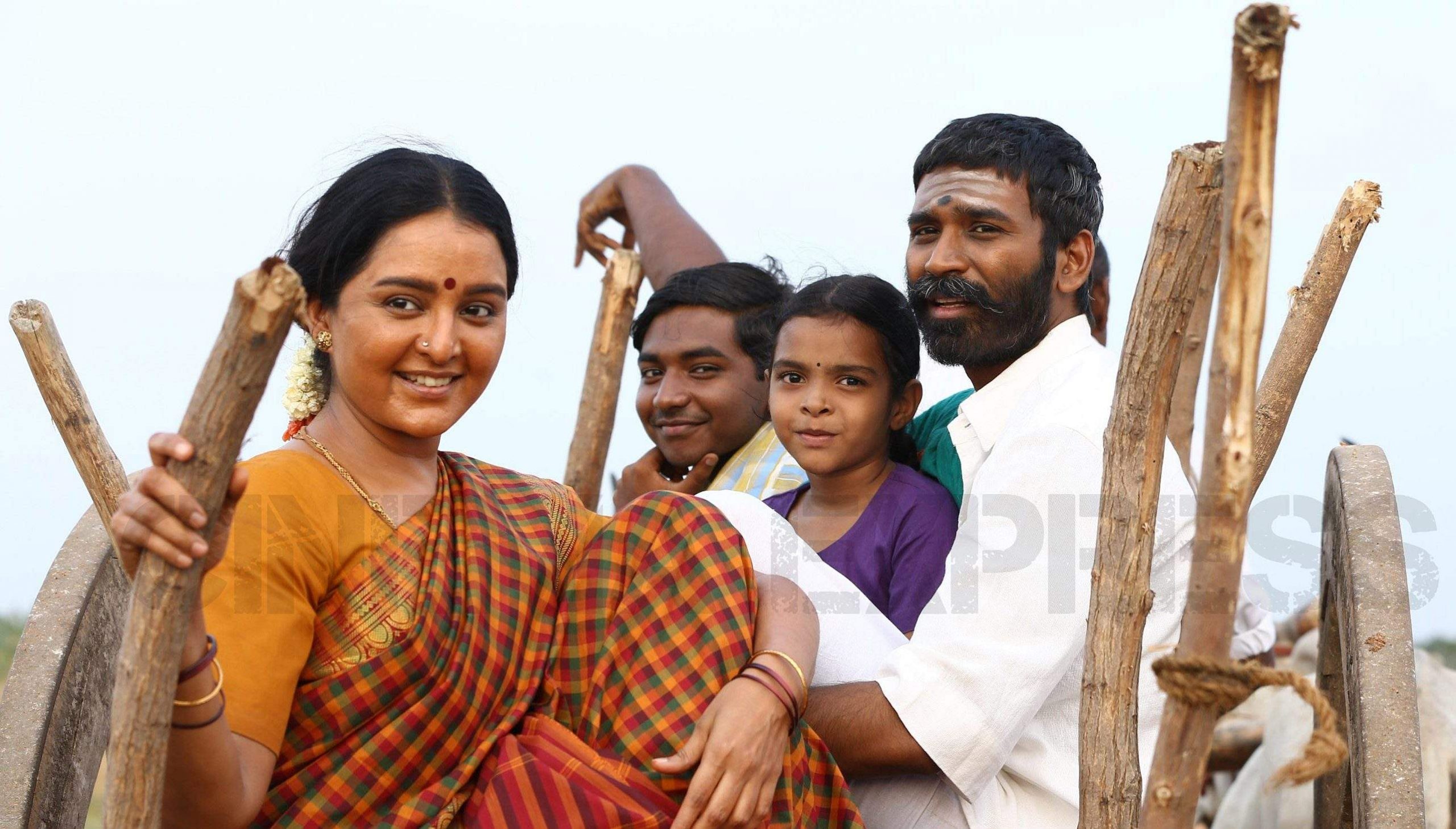 What becomes the last resort for a farmer who goes on the run with his family as he is compelled to protect his son, who has murdered a wealthy upper-caste landlord in a fit of vengeance? The reply should be to fight with the oppressing forces and reclaim his identity. That is exactly what Sivasaami (Dhanush) does to break away from the uncomfortable social status he has inherited.
Based on the novel Vekkai by Poomani, Vetrimaaran’s screen adaptation is so watertight that every occurrence in the screenplay feels alluring.

With Asuran Vetrimaaran continues his excellent cinematic flair as a director enhancing his commendable grasp on the tropes of mainstream cinema. The film also benefits from technical polish – the cinematography, background score and editing are all top-notch. Asuran too has gut-wrenching violence and prepares the viewer for the edge-of-seat tension. The narrative follows a rhythm where the plot is revealed without wasting much of the screen time. The film belongs to the genre of revenge saga told from the perspective of a lower caste protagonist.

It’s one of those mainstream films that fulfill a social purpose, for it’s hard to imagine anyone viewing Asuran and not abhorring the evil practice of casteism in our country and how it voluntarily degrade human values and status. At the Norway Tamil Film Festival Awards, 2020, Vetrimaaran won the award for best director. The film had won two National Film Awards- Best Feature Film in Tamil and Best Actor. 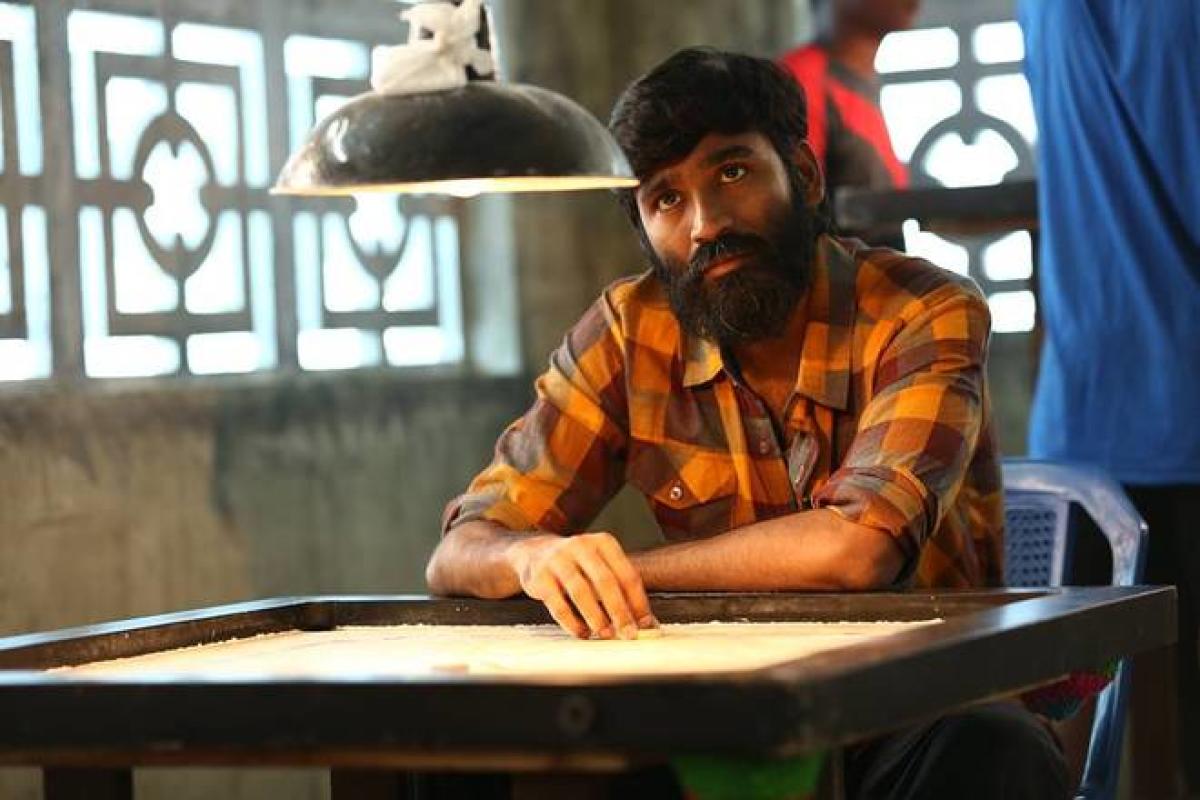 A tale of criminal activities narrated in a non-linear pattern over the span of more than a decade is the perfect recipe for a crime sage. Vetrimaaran’s narrative takes the viewers on a journey that lasts for nearly a hundred and sixty-four hours and introduces them to the world of guilt, regret and vital decisions leading to loyalty turned into betrayal. The protagonist of the film Anbu (Dhanush) is an expert carrom player but his life gets entwined into the world of crime. He gets pulled into the vortex so deeply that penitence alludes to him after a point in time.

Related Read to Vetrimaaran Films : Top Tamil Movies of 2018 and Where To Watch Them

With a multiple cast the story of the film is set in the underbellies of North Chennai as the title of the film implies and the theme of the film is more nuanced than the conventional black-and-white morality tales where evil is punished by good at the end. The film blatantly showcases the graphic world of crime and violence, investigates the nature of friendship, the ethics of vigilantism, and the nature of unhappiness. Vetrimaaran delves deeply into the minds of his tortured characters and explores how the men and women he depicts grapple with moral codes and their emotions.

He further engages with many of the most basic questions about our humanity and how we relate to one another in a complex world. The stylistic elements in the film earn comparisons, bearing marked connections to several of Vetrimaaran’s other films. The film won the Best Film (People’s Choice Award) at the Pingyao International Film Festival, 2018. At the Filmfare Awards South, Dhanush won the trophy for the Best Actor. 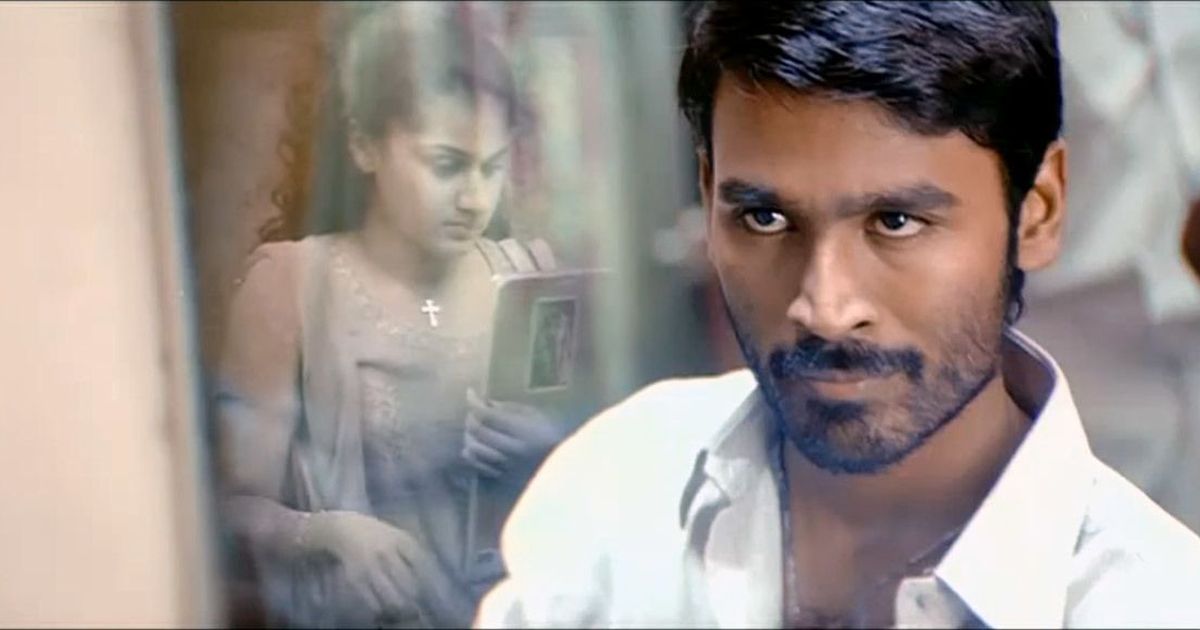 As the roosters combat in the arena with each other, it becomes a fight of the egos of the individuals who own the fowl. So, when Karuppu’s rooster emerges victorious he not only earns a lot of money but also the enmity of his boss Periyasamy (V. I. S. Jayapalan) and Rathnasamy (Naren). And from then onwards the life of our protagonist will be filled with one hurdle after the other as the tale of loyalty, self-esteem, deception, and honor unfolds.

In his sophomore, Vetrimaaran presents a varied cultural pattern of rural Tamil Nadu and uses realism, tradition, and contemporaneity, soaked in local flavor within the narrative structure of his tightly structured screenplay. The conflicts introduced within the plot points create tension by employing smart conventions that are able to sustain the viewer’s anticipation. The editing pattern of the film creates a commendable pace and multi-layered visual design that heightens the impact of the film. Though the filmmaker has openly admitted that he was inspired by the dogfighting scene of Amores Perros (2000), Vetrimaaran has infused his own style and poise within the film, which is anything by blatant copy.

Despite having strong content and potential for box-office success, filmmakers from another region could not dare to remake the film until now. The reason being the milieu of the film is so rooted in the soil of Tamil Nadu and that makes it the best film in the oeuvre of Vetrimaaran’s impressive career. At the 58th National Film Awards, the film won five awards-Best Director, Best Screenplay, Best Editing, Best Choreography and Special Jury Award for Acting. 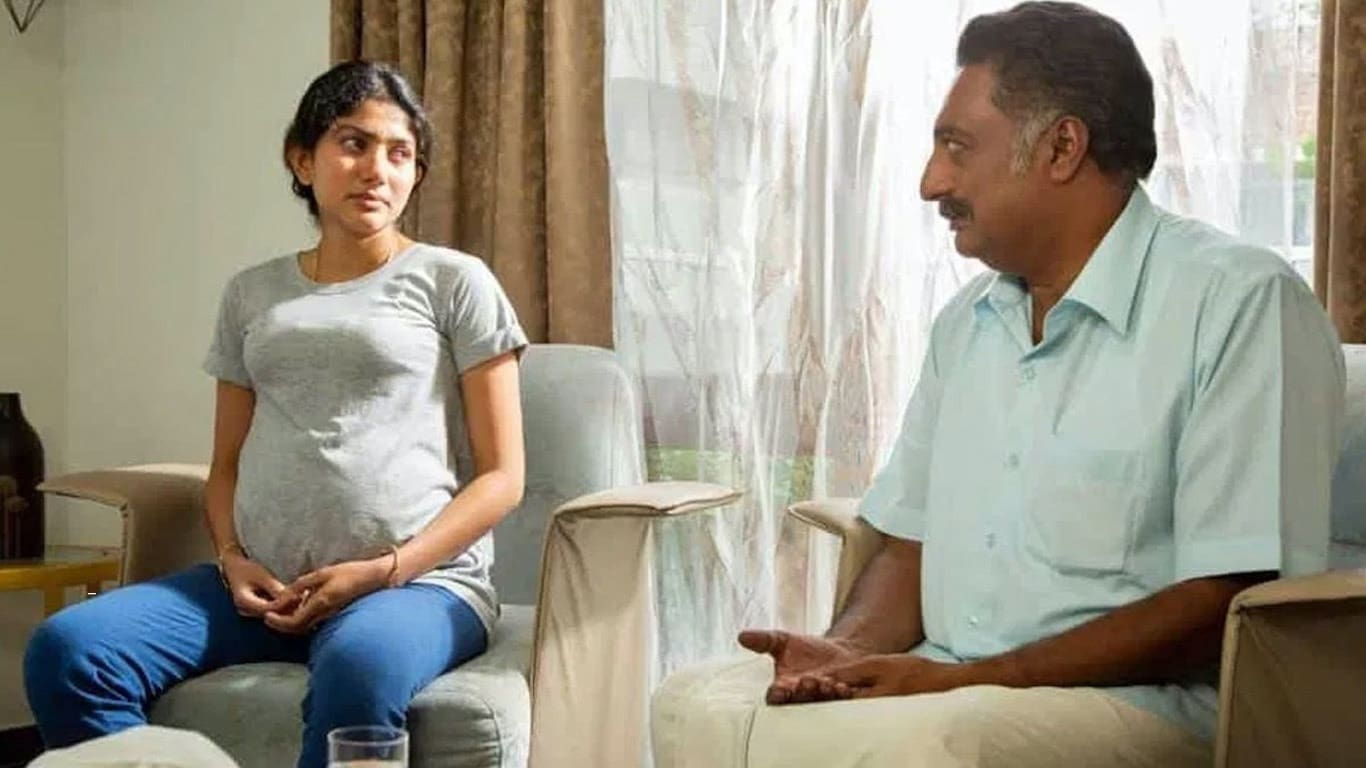 Oor Iravu is a part of the Tamil anthology drama Paava Kadhaigal (2020). Owing to its shorter running time, I have included it in the category of special mention. On the surface level of its narrative, the film depicts the tale of a daughter Sumathi (Sai Pallavi) who had eloped from her village and now she has reunited with her father Janakiraman (Prakash Raj). But as the story of the film moves forward we discover the sensitivity and intricacies of the complex human psyche of individual characters within the film.

Vetrimaaran treated the film with a style that is bold and innovative with the choice of a subject in which the form and content merge into one. The pacing is not fast like his other films rather it is a slow study of how Sumathi’s drastic decision had impacted the lives of various members of his family. Vetrimaaran did not deviate from his usual style of narrative exploration but he has brought an understated rhythm to the unfolding of the events.

There is a kind of freshness in his approach and courage displayed in choosing to build a film around the brutal concept of associating the honor of the family with the sanctity of a woman. The film ends on a depressing note as we realize that such evil things are a reality and will continue to happen unless and until the evils of casteism are not obliterated from our society.