Sriram Raghavan is a filmmaker India needs, and a filmmaker India deserves. Raghavan’s work has defined a cinematic aesthetic, a style, almost a genre, in the sense of the cultural imprint it leaves behind. While genre filmmaking is usually talked about synonymously with thematic filmmaking, there are multiple instances where a filmmaker’s body of work has stylistic elements which give shape to that filmmaker’s form of storytelling. It is this definition which finds relevance here. The impact here is the result of such a constructed language of storytelling, akin to those defined by the likes of Hitchcock, Truffaut, and Chabrol amongst others. Each of their filmographies are a grand cultural monument in themselves, which creates and defines markers for a generational milieu.

Sriram Raghavan’s language is constructed in terms of his intricacies with scripting, utilization of references – both pertaining to the history of cinema and otherwise, the recurring themes noticed in his films, and the contextual and doubly relevant utility of sounds and sound design in general. The director is perceptive while utilizing tropes, from both audio-visual and literary sources, and his films include parts reminding us of something we’ve seen, heard or read at some point of time (great artists steal?). However, most of it seems annoyingly justified when we’re taken over by the construction as a whole, when the seen ofs and heard ofs morph into an immersive story structure which provides for everything cinema has been classically advertised to stand for: an engaging experience of sight, sound, and more. 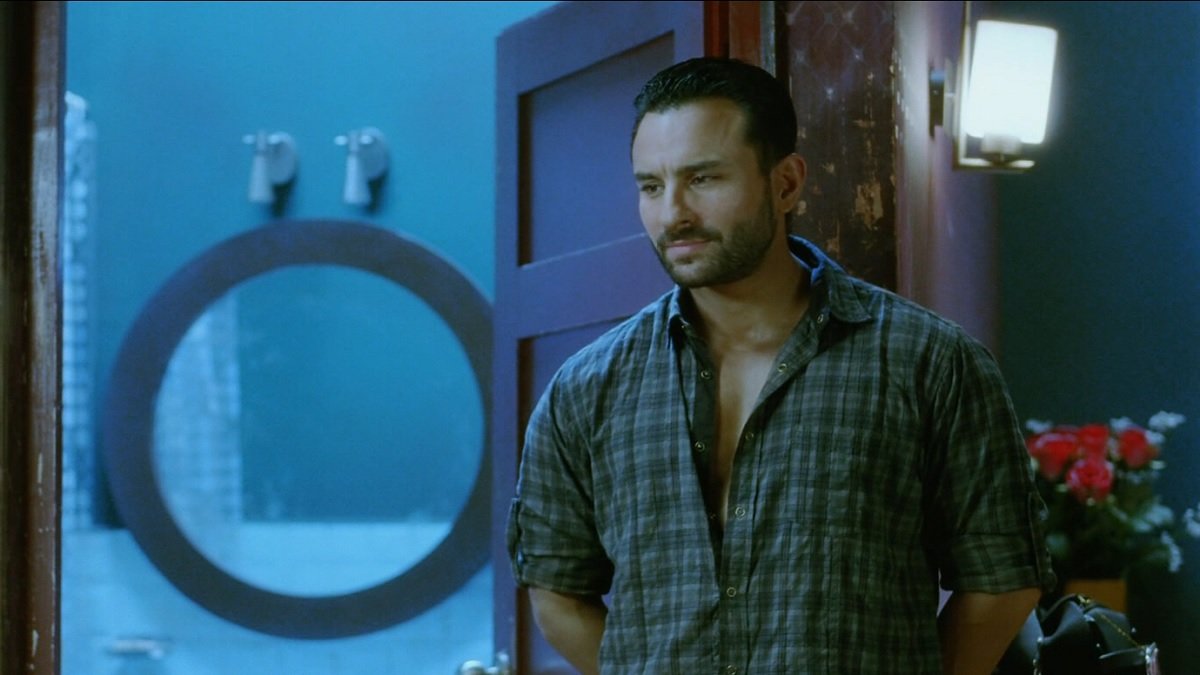 Agent Vinod is about an Indian RAW agent (Saif Ali Khan) who embarks on a mission of unravelling a trail of clues only to find himself trying to avert a potential nuclear war. The film is a mishmash of lots of ideas and is Sriram Raghavan’s least coherent venture. There are a lot of the director’s quintessential sensibilities, like references to other films and songs, but there is something unnerving about the entirety of the work. Parts of the film feel like they would have been better-off as short films or even segments for a vodka ad, where the hero saves the day. There are one too many locations (which is not necessarily a bad thing), but each location transforms the tonality of the film in unimaginable ways: the atmosphere is drastically altered, and as a result most of the jump-cuts and awkwardly placed camera angles become a bit much to bear.

While the filmmaker in Raghavan and his smart aleck ways are very much present in the film, they manifest at terribly-timed instances, squashed in between other clumsy sequences in this supposed phantasmagoria of a Bond-thriller. The placing makes them trite and laughable. One instance is when Saif’s character is meeting his handler in St. Petersburg. The handler is a beautiful lady (in the Bond sense of things), and her establishing shot is a pan from a shop selling Matryoshka dolls to her visage and body. Though the euphemism is well intended and would pique interest, it just cannot be taken seriously when sandwiched between the over-the-top intro credits sequence and the whole I’ll do the talking tonight hubbub. Agent Vinod tries to be too many things at once – a pulpy spy thriller, a polished Bond-esque rip-off, a cheeky comedy, an uninspiring romance, but what it really ends up becoming is a drab potboiler. Maybe we should call on to God and keep enunciating Govind Bolo Gopal Bolo, and hope to discover something in the film to notice its contribution in Sriram Raghavan’s body of work. 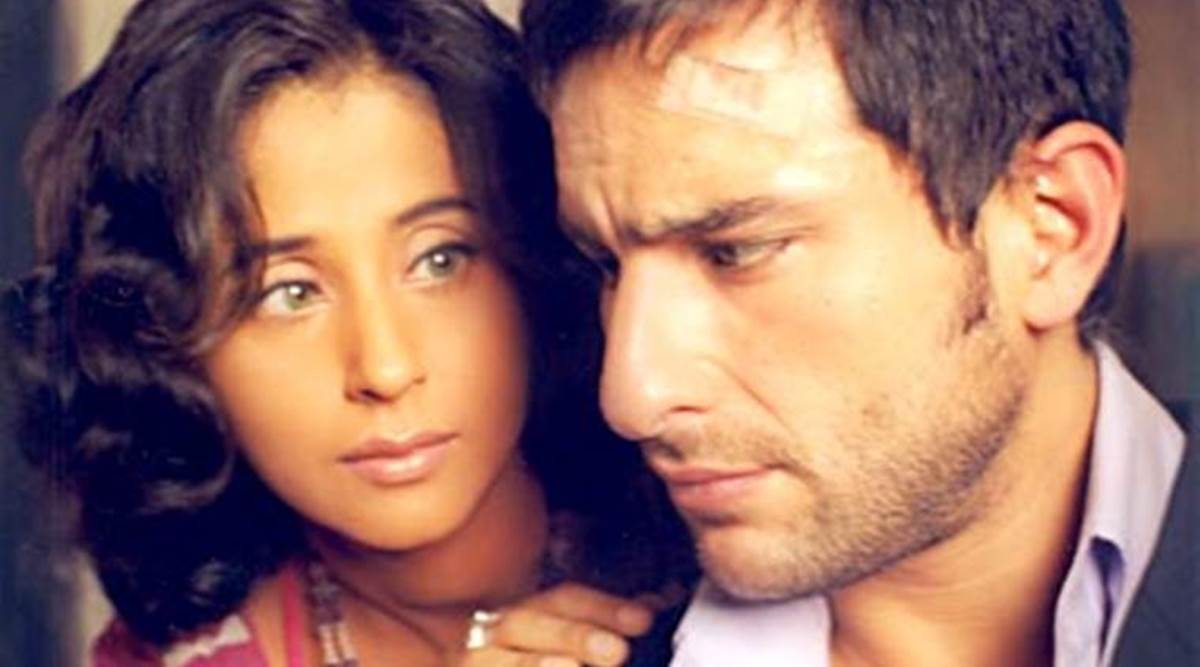 The first theatrical feature film of Sriram Raghavan is a tale of love gone awry and its eventual metamorphosis into a revenge thriller. The film is about Sarika (Urmila Matondkar), who starts going out with Karan (Saif Ali Khan), and is soon involved in crime and court when she’s discovered with a suitcase of firearms (belonging to Karan) in her house. Matondkar is excellent in her ability to ride the arc of a concerned lover, confused inmate, to the eventual conceding to angst and reason, and the final quest for justice.

Ek Hasina Thi marks the introduction of Sriram Raghavan’s cinematic structure, the signature suddenness in story dynamics, and a plot backbone of retribution which will be seen in his future works. The film is an effective and empathic portrayal of crime and punishment, both fundamental themes which will be seen in full-effect in Badlapur (2015). Post his FTII-diploma film The Eight Column Affair (1987), the film on Raman Raghav, and his work on TV crime soaps like CID and Aahat, Ek Hasina Thi (now) seems like the logical culmination of these experiences and the start of a prolific filmography (umm, barring the agent’s failed mission maybe). 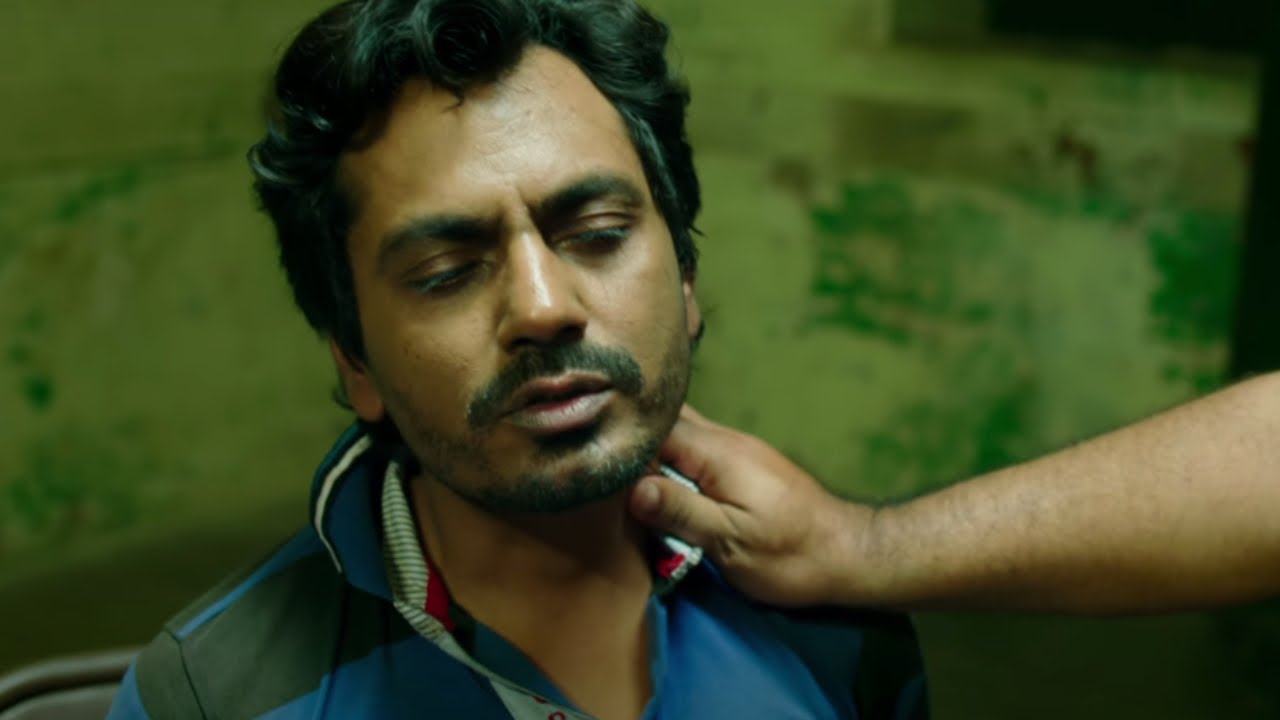 The Indianization of Massimo Carlotto’s novella Death’s Dark Abyss, Badlapur is about the lingering infinitude of crime and mortality. The story begins with a bank robbery, a car-jacking, and the subsequent murder of a mother (Yami Gautam) and her son. Varun Dhawan plays a doting father and husband, Raghav, who is shaken and severely affected by the gruesome act. Followingly, the film transfigures not into a revenge drama, but a psychological thriller in which the lines of protagonist and antagonist get blurred. It is this space in which the film succeeds, while providing enough fodder for the audience in terms of characterization, dialogue, and setting for us to ponder on the despondence of occurred realities, and the language and modes of correction and justice.

The altercations between Raghav and Liak (Nawazuddin Siddiqui) (the perpetrator) define the said blurred lines, and the result is the contortion of morality and codified thought. The action sequences itself, in addition to the story arc are remindful of Kim-Jee woon’s I Saw the Devil (2010), albeit multiple notches below in the depiction of gore and violence and other staples of formulaic South Korean revenge-dramas. Badlapur establishes Sriram Raghavan as a refined filmmaker when it comes to depicting subjectivity in core human ideas, which require a more careful treatment not just with respect to writing, but also composition, and the effective threading of sequences providing for such a meditative space. 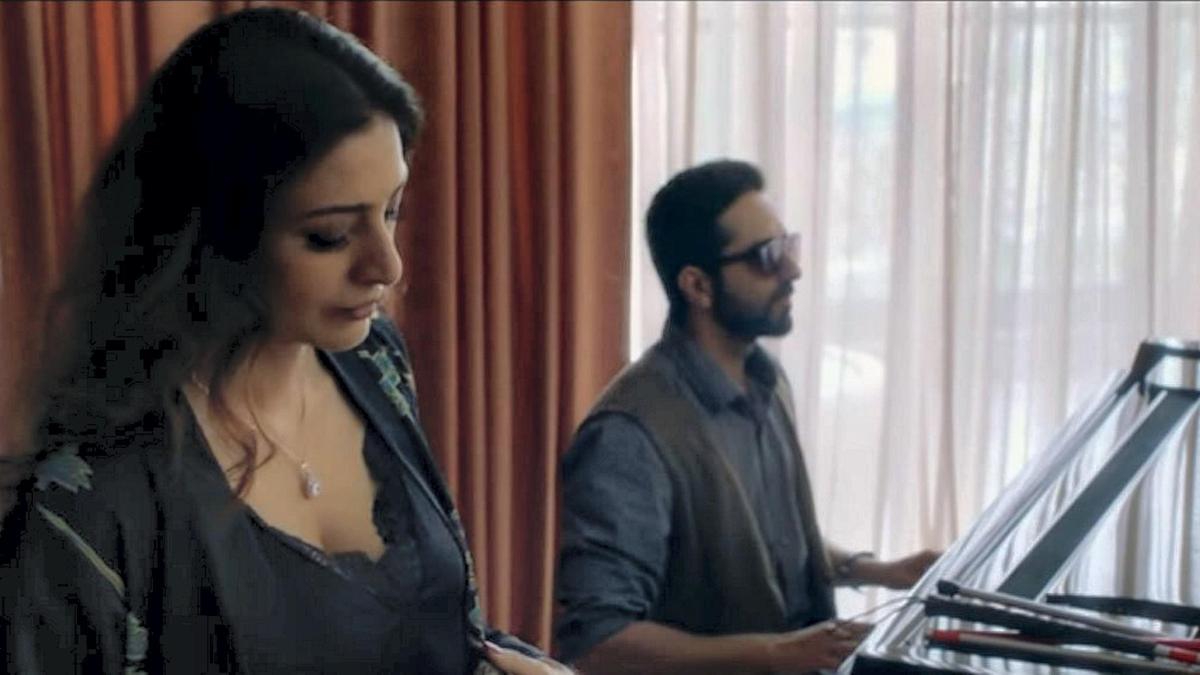 To take a scene and attempt to weave around a robust three-act structure sounds like a project assignment given to a group of students taking a writing course. Andhadhun is “based on” the French short-film L’Accordeur (The Piano Tuner) (2010), and is really much more than that. The premise is simple, like its inspiration: Akash (Ayushmann Khurrana) is a pianist who pretends to be visually-impaired, and gets embroiled in the death of a yesteryear Bollywood actor Pramod Sinha (played by an affable Anil Dhawan). Andhadhun is Sriram Raghavan’s tightest thrillers, with so much added in and orchestrated with tremendous precision. With respect to his other films, Andhadhun is one of the paciest, where Raghavan pulls-off an edge-of-your-seat exploit with a run-time well above the two-hour mark.

Andhadhun is a case in point for music accentuating scene, taking it forward, and by the end of the composition shifting to a different frame with a completely new dynamic, unbeknownst to the viewer. It is intelligent yet accessible at the same time. This is the film’s strength and also why it could be a good starting point for someone who has never seen Raghavan’s films. The film exudes the filmmaker’s language, and is a keystone from which one can backtrack and understand the filmmaker’s gleaned semantics after watching his other films. 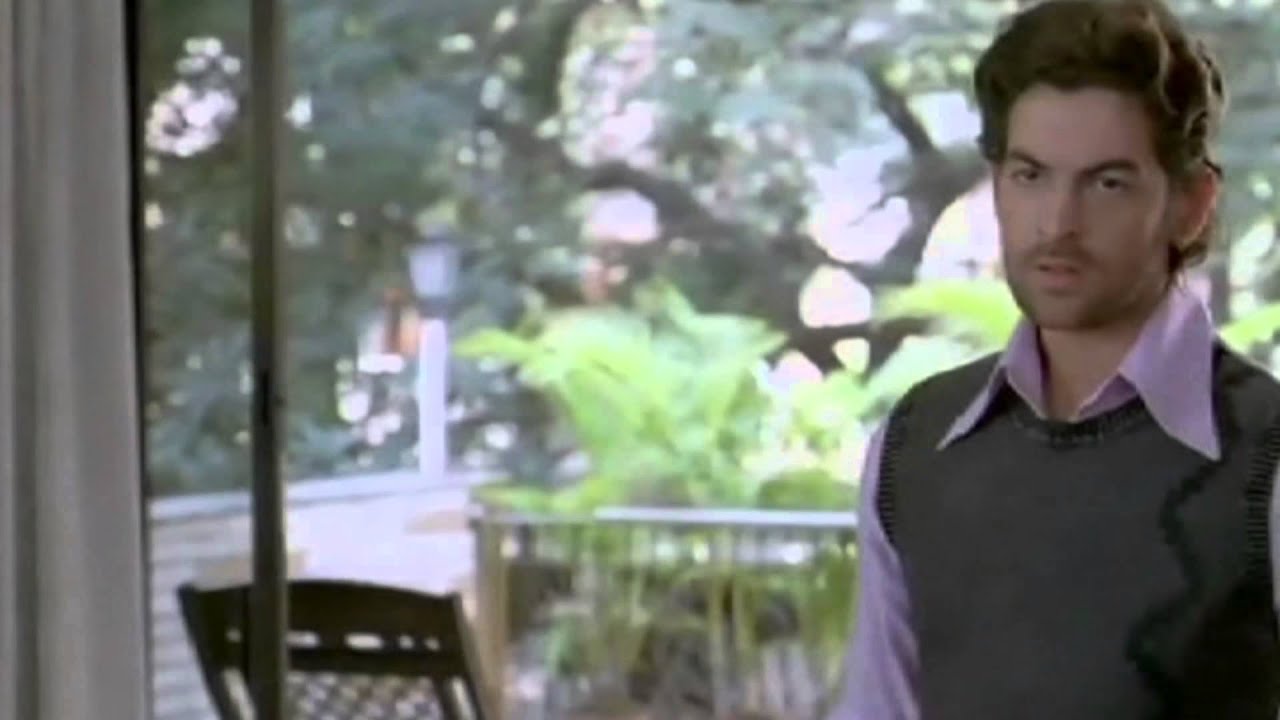 Johnny Gaddaar is a film dedicated to Vijaya Anand and James Hadley Chase, and is one of the gold standards of Indian noir. The film follows a gang of four, dubbed nonchalantly as The Gang: Sheshadri (Dharmendra), Vikram (Neil Nitin Mukesh), Prakash (Vinay Pathak), and Shardul (Zakir Hussain). The Gang are approached by Inspector Kalyan (Govind Namdev), who offers a half-price deal on confiscated narcotics. What follows is The Gang’s plan to comply with Kalyan, and to go through with the deal. A lot of the story and setup of Johnny Gaddaar echoes Jean-Pierre Melville’s Le Cercle Rouge (1970) and Coen Brothers’ Blood Simple (1984), both in terms of structure and tonality. The film is arguably one of Neil Nitin Mukesh’s finest performances, where he pulls-off the varied concoction of a suave mastermind, an ardent lover, a mendacious friend, and a gun-wielding cover-upper.

In Johnny Gaddaar, Sriram Raghavan is just not an excellent orchestrator of performers but is also an orchestrator par excellence of space. The spaces in the film are real, accentuated by superbly constructed frames, and are as vital to the structure of the story as any other contributing element. Johnny Gaddaar is an inter-state crime caper. Crime in the film is not localized: the deal needs to happen in Bangalore, and someone from the gang needs to travel from Bombay. There is also Vikram travelling to Goa, which is a crucial segment in the story. Johnny Gaddaar is as much a travel film as it is a thriller, and the travel is hyper-real: there are automobile issues, train compartments are almost tangible, and airport check-ins and security checks are vapid as ever. These elements elevate the viewer’s experience of the cinematic space, proving for a supremely enjoyable watch.

10 Of The Best Gambling Movies You Need To See