Dibakar Banerjee; whose interesting oeuvre shows how he has tried reaching out to the audience both in form of the cinematic language and content has been out of sight post after his Box-office debacle in reimaging the Bengali detective. Yes, he made an excellent short in the much-hyped, Netflix produced Lust Stories.  Possibly just streaming things off after working with the team in Bombay Talkies, but he has certainly been out of the limelight. The good news is, Mr Banerjee is back after reinventing himself. His new film Sandeep Aur Pinky Faraar is in the editing phase and will be released this year. To celebrate his bold choices as a filmmaker we have ranked every Dibakar Banerjee Movie from the least likeable to his best.

This slow-burning, stylish sleuth tale had something or the other happening in its every frame. It’s smart, dark, funny & stunning to look at. In Debakar Banerjee’s Detective Byomkesh Bakshy!, the characters were more unpredictable than the central mystery. They were not just two-faced a**holes but strangely insanity, vulnerability and selfishness overcame every single one of them.

Shushant Singh Rajput’s towering performance as Bakshy, a rather outgoing detective who battles his eye-lashes and solves every step of the ladder with ease, helps the narrative which boasts a dark undertone that’s too grim at times.

Dibakar’s experimental film, an anthology of honour killing, MMS scandal and a sting operation, garnered critical acclaim. But the true quality of this movie was the use of various digital formats, including shooting it through a handy cam, a CCTV, a film camera, underwater camera and spy cameras.

The highlight of this one was that it received polarizing views from viewers, mainly due to the portrayal of the urban youth and their unsettling behavior. Primarily the brilliance is attributed to Dibakar for his portrayal of the ‘voyeurism’ that the whole country inculpates in, in some of the other forms. The film further examines various convoluted behavior in the society like class divide, sex on exhibit, sexual exploitation, blackmail, harassment and honor killing. In a way, this one is the most adventurous of Dibakar’s outings till now where he has let down his inhibitions and explored the psychology of the urban youth involved in such demeanor. 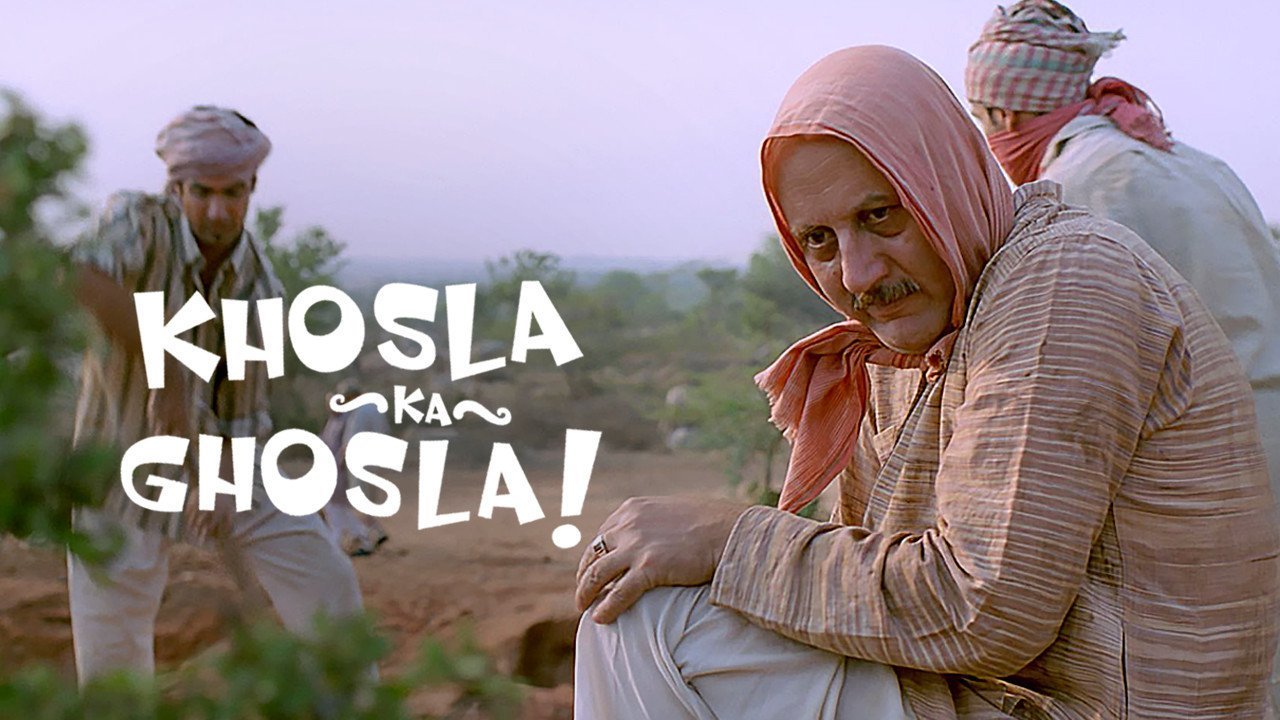 Dibakar Banerjee’s Khosla Ka Ghosla brought a new wave of low budget comedy in Bollywood with clean and simple narrative rooted in realism. The characters felt like among one of us facing issues we usually deal with.

It brought land grabbing issue in Delhi to the surface. Land shark Kishan Khurana illegally overtakes K.K. Khosla’s plot of land bought with the life’s saving. It’s all about how the Khosla family gets together to reclaim the land from right under Khurana’s nose. The story is wafer-thin without any dramatic moments to please the audience sensibility. But Khosla ka Ghosla works for weaving the oddball characters that breath and feel like one of us in the well-written script having strong comedic undertone to it.

In Dibakar Banerjee’s ‘Shanghai’, ‘Shanghai’ is a dream. A dream of a prosperous and developed city. The path in achieving the goal is paved through corruption, political influence, moral compromises, unethical practices, and difficult of all, mass dislocation.

Adapted from Vassilis Vassilikos’s political relevant novel “Z”, Dibakar’s Shanghai keeps Indian socio-political milieu intact and still channelizes the essence of the original. The film requires patience, as it never rushes to manufacture the drama. Absence of theatrics and nuanced detailing of the screenplay makes Shanghai a rare Indian political drama that would leave you thinking.

‘Shanghai’ Featured in our list of The Best Bollywood Movies on Netflix.

Dibakar Banerjee’s second outing, after Khosla Ka Ghosla (2006), Oye Lucky, Lucky Oye, established that he was not just a one-film wonder. Though the movie was not a top grosser at that time, the viewers loved it. More so, it also won the National Film Award for Best Popular Film.

The story of a youngster who charms his way into robbing in several cities across the country was well developed. The characters were well etched too. Even though Paresh Rawal played three different characters, none of them felt overlapping the other. The other characters were also well drawn. But the highlight still remained the way in which the protagonist, played by Abhay Deol, uses unique and innovative ways to steal from unsuspecting middle-class people. Not just that, it also depicts how he is duped as well, by one of his close aides. Dibakar’s screen translation of the misadventures of the real-life robber from Delhi smoothly made its way into people’s hearts through this film.

We thank Kajal Kapur for being a contributing writer on this article and providing her valuable opinion on LSD and Oye Lucky, Lucky Oye. Kajal has a website called Movie Massala, where you can read her opinion on many Indian films.