Andhadhun is now streaming on Netflix

Andhadhun, or The Blind Note – the latest from ace ‘thrill-er’ Sriram Raghavan’s stable – tries to be clever and pull a fast one on the audience (and succeeds to a very large extent) but eventually ends up blind-siding itself a little bit.

A story about a blind musician played adequately by Ayushman Khurrana, who gets muddled up in a plot laced with so much love, sex, and dhokha that it would put Ekta Kapoor to shame, Andhadhun is a cleverly crafted tale indeed.

Given the film’s publicity, theme, genre, and the maker’s reputation – the audience enters the halls with certain expectations. Where Raghavan and his writers’ score, is that they subvert these expectations and turn the story on its head just twenty minutes into the film! A brave move which wins huge brownie points and satiates the palate further for what is yet to come.

It is difficult to nit-pick a cast headlined by actors like Tabu and Zakir Hussain but the character that really stands out in this film is Pramod Sinha, the fading matinee idol and Tabu’s husband on whose misfortune this entire dhun is played. The role, essayed by Anil Dhawan, maybe slightly caricature-ish but Dhawan infuses it with relatability and fits the bill like a puppy fits its mother’s snuggle. It is really the smaller characters like this one and the treacherous auto-driver husband-wife duo which make this film really light up.

On the other hand, it’s top-billed cast seems to be bogged down with a huge load of expectations that each one of their names have come to carry. Radhika Apte is shockingly underutilized in an even more shockingly tiny and insignificant role, and Tabu and Ayushman, though competent as always, are not really at their captivating best. 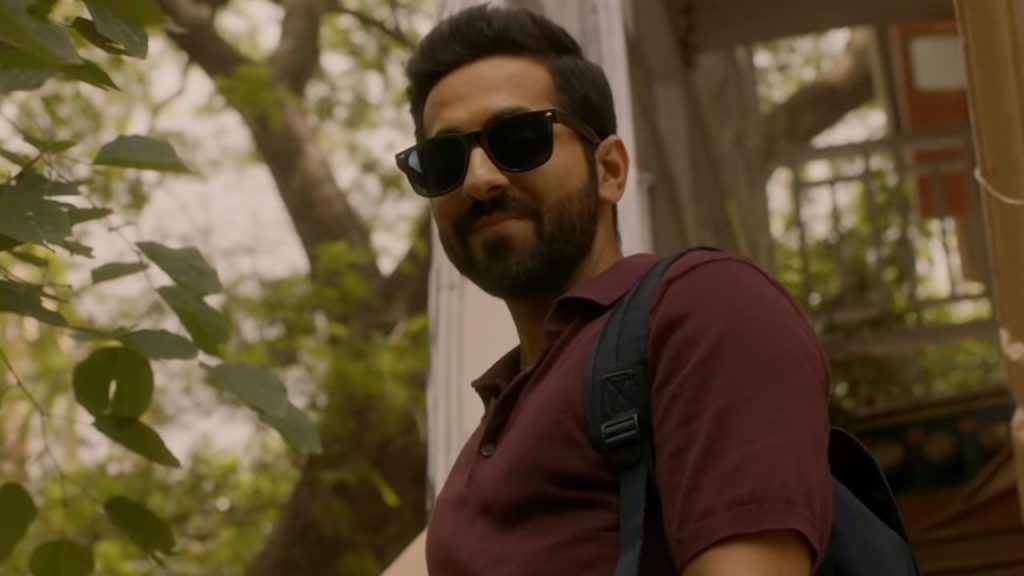 On-screen histrionics apart, the film holds the audience at the edge of their seats due to the fine craftsmanship at work behind the lens. Many Raghavan regulars are at play here and they seem to be having a gala time – the film is stylishly shot, sharply edited, and the sound work is simply stupendous.

In fact, one might even go on to say that it is the sound design and mix which is the real hero of this multi-starrer. Madhu Apsara, the sound designer of the film, seems to have put in a lot of thought behind this film and has made sure that the sound makes the necessary impact as it hits the audience – much like a heightened sense of sound would to a blind person.

But despite such bravado in front of and behind the camera, Andhadhun falters where it matters the most. Its second half becomes more and more convoluted in a forced quest to give the audience newer and newer twists, and by the end of it, we are not sure if the filmmakers have pulled a fast one on the audience or on to themselves. The climax of the film leaves much to be desired – especially the forced epilogue which does not have the desired impact.

All said and done Andhadhun is an edge of the seat, laughs a minute juggernaut of an entertainer which eventually fails to live up to its own promise. Nonetheless, there is enough of chutzpah in those 140 minutes to make this film a thrill-ride to come back to again and again.