Keanu Reeves. Probably the most popular actor in the industry today, and is loved by millions. He’s an icon in every sense and has helped defined eras in Hollywood, from his teen days to his action-star period. The internet can’t seem to get enough of him, and his very image started the Sad Keanu posts, the wholesome Keanu memes, and the never-ending irresistible fandom.

For a person who’s famous for staying off-grid and low-key, nobody would’ve thought Keanu would turn from a cult hero to a guy who’s literally everywhere right now! The internet shouldn’t let us deviate from how talented an actor he is, and his versatility especially; roles in comedies, romantic dramas, art-house films, and thriller/action flicks have truly given new definitions to the range of his fan base.

In this article, we’ll be charting his growth as both an actor and icon, through his most important films that had their unique influences.

Keanu’s iconic status was initiated with the ‘Bill and Ted’ series, whose long-awaited third part came out in 2020. He plays Ted, alongside Alex Winter who plays Bill, and the sci-fi/teen comedy movie gained a strong cult following in the ’90s, thanks to its wholesome humor and an unforgettable parody of Ingmar Bergman’s ‘The Seventh Seal’.

By 1991, Keanu had gained a cool reputation playing the wild and wacky Ted, and his naturally sarcastic portrayal of 80’s teenage hood amassed fans who loved this dose of hilarious nostalgia. His decision to play Ted again, amidst ‘John Wick’s success is surprising and only proves his love for the series that established his career as well as his drive for versatility.

Keanu effortlessly switched his persona in 1991, from the geeky teenager to the desirable young man who was wanted by everyone, irrespective of genre. This change was propelled by the success of ‘Point Break’, an action film starring Reeves and Patrick Swayze. This was his real breakthrough in the film industry, as Bill and Ted had given him a cult status, but ‘Point Break’ and Gus van Sant’s seraphic ‘My Own Private Idaho’ put him in the eyes of the blockbuster crowd as well as art-house audiences. Instead of banking on his newfound popularity, Keanu began experimenting with his potential.

In ‘Point Break’, he played an FBI agent, disillusioned with work because of his relationships with people. While, in ‘My Own Private Idaho’, he plays a youngster uninterested in relationships with people, with them being restricted to sources of experience in his eyes; his self-centered self utilizes people to stay free. This role was a big factor in de Bont selecting Keanu to play the lead in ‘Speed’, and consequently, change the direction of the actor’s career. If it wasn’t for ‘Speed’, there’d be no Keanu in ‘Matrix’, and definitely no Keanu in John Wick. Jan de Bont’s ‘Speed’ was one of the finest action films from the 90s and was an achievement in how action films can be minimalist and still pack an explosive impact. The marvelous technicalities were supported by strong performances from Reeves and Sandra Bullock, and soon Keanu was the go-to lead for action films or other films that required an equal amount of intensity.

Keanu’s chemistry with the late Dennis Hopper on Speed, their crafty conversations, is still a delight to watch. Though he rejected the offer for ‘Speed 2’, it was solely out of his attempt to diminish the typecast, and Keanu started focusing on theatre. His subsequent action films weren’t received well, by critics and audiences, and the status he had established after Speed was slowly fading away. This is when The Wachowski Sisters entered the scene, and it’s safe to say no other filmmaker has contributed to Keanu’s success as much as them.

‘The Matrix’ came out in 1999, and the landscape of action films was changed forever. American cinema was moving towards a new millennium, and there was no other film that had filled movie-goers with as much hope as ‘The Matrix’ had. And Keanu Reeves was the face of this revolution. The gravity-and-time-altering special effects in Matrix had been witnessed earlier, but never in the context they were being displayed now, and the extravagant world-building turned the Matrix Trilogy into the standard action films from then on would follow.

Keanu’s biblical Neo, who’s at the center of everything in the Matrix, basically catapulted Keanu’s bragging rights, and even today, filmmakers who’ve tried to replicate The Wachowskis’ style have failed to bind world-building and a cohesive storyline, while also failing at finding a lead with Keanu’s finesse. ‘The Matrix’ was not only ingenious storytelling but equally exemplary at how solid the visualization of the story was, as The Wachowskis’ concept was still pretty complex for Hollywood in terms of actualization.

Related: 10 Films To Watch If You Like The Matrix 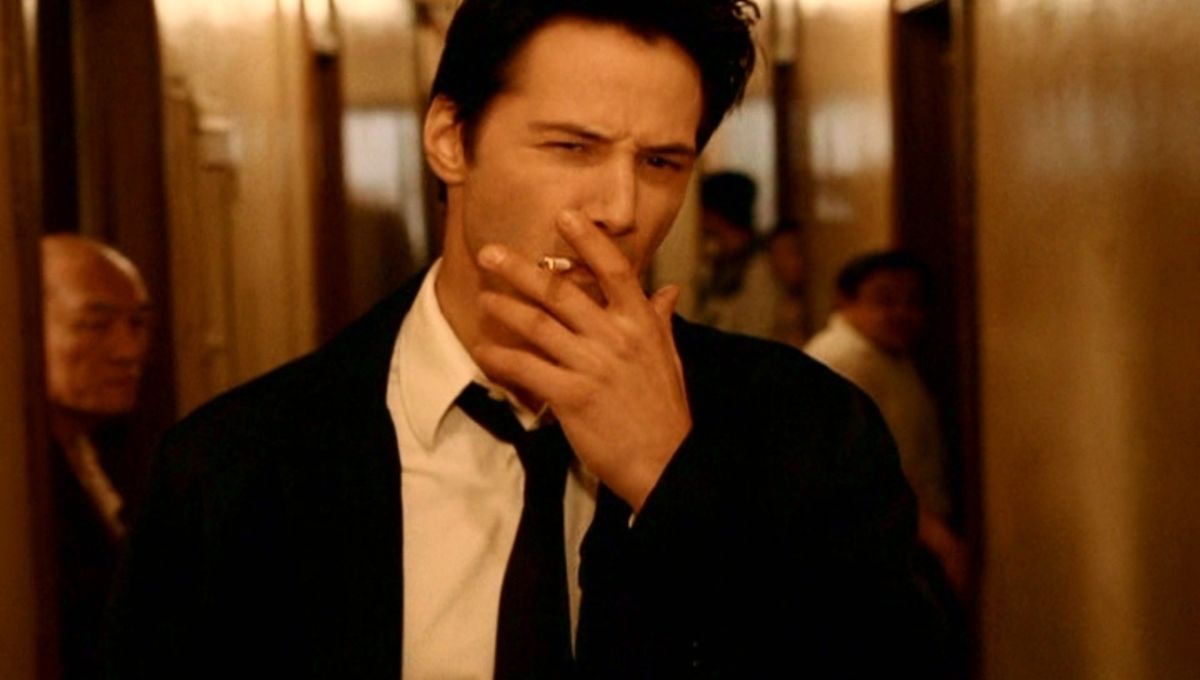 Keanu’s role as Neo will forever be iconic and still was when ‘Constantine’ came out. The problem though was Reeves finding it unable to move out of Neo’s shadow, while his other projects kept missing the target by a fair distance. He revised his film selection approach and chose DC’s Constantine, which though featuring a superhero, was more grounded and gritty, much like the comics themselves. This wasn’t out-and-out action, as Keanu played the premeditating antihero who dwells solemnly in his own morbid existence.

The film split critics but was received splendidly by DC fans, who were beginning to appreciate the resurgence in dark comic book material, complemented by Batman Begins that same year. This was followed by his role in Richard Linklater’s surreal ‘A Scanner Darkly’ which again displayed his acting potential and a massive change in scale from The Matrix Trilogy. Keanu plays an undercover agent, much like ‘Point Break’, but the world he’s asked to investigate surfs on multicolored waves in the subconscious. Despite the cult status, despite the Neo fame, despite the Sad/wholesome Keanu memes, despite everything he has previously done, nothing, absolutely nothing has had a legacy-defining impact like ‘John Wick’ did for the actor. John Wick is the most successful action series in the world right now, apart from the superhero films, and has brought back the flair Hollywood was missing in choreographing action on a big scale. Keanu’s experience in The Matrix contributes a lot, considering the actor trained in martial arts, and continued performing a good portion of his stunts in ‘John Wick’ too.

This iconic role led to him starring in the much-awaited game Cyberpunk 2077, where he evokes memories of Snake Plissken. John Wick extended the combat action style that Gareth Evans kick-started, and mixes John Woo’s approach of mythologizing the gangster world. The John Wick Universe looks set to be the third most exciting verse right now, and one can only imagine the reaction to John Wick 4, and subsequently the size of Keanu’s ever-expanding fandom.

6 Films To Watch If You Like Day Shift on Netflix