A ubiquitous presence across lists of favourite films of both, hardcore cinephiles and others, is The Shawshank Redemption. The film commands one of the highest ratings for a movie on IMDb, signalling its mass popularity and appeal. TSR was adapted from Stephen King’s novella Rita and The Shawshank Redemption in 1994 and was directed by Frank Darabont. The special place the film has carved for itself in our hearts emanates from its compassionate storytelling and the triumph of the human spirit. The voice-over narration offers beautiful cinematic moments that instil warmth and joy in our hearts.

It’s been difficult for filmmakers following Darabont to emulate the feat. Both in terms of character exposition and the gamut of themes the film explores, there’s simply been no match. However, there are quite a few films that have touched upon various aspects of TSR like endurance of the human spirit, the value of friendship, and escapes from prisons. We’ve compiled a list of some of the films that we feel are similar to The Shawshank Redemption and would make for great experiences. Do post some films you feel should be up here in the comments. Happy reading! 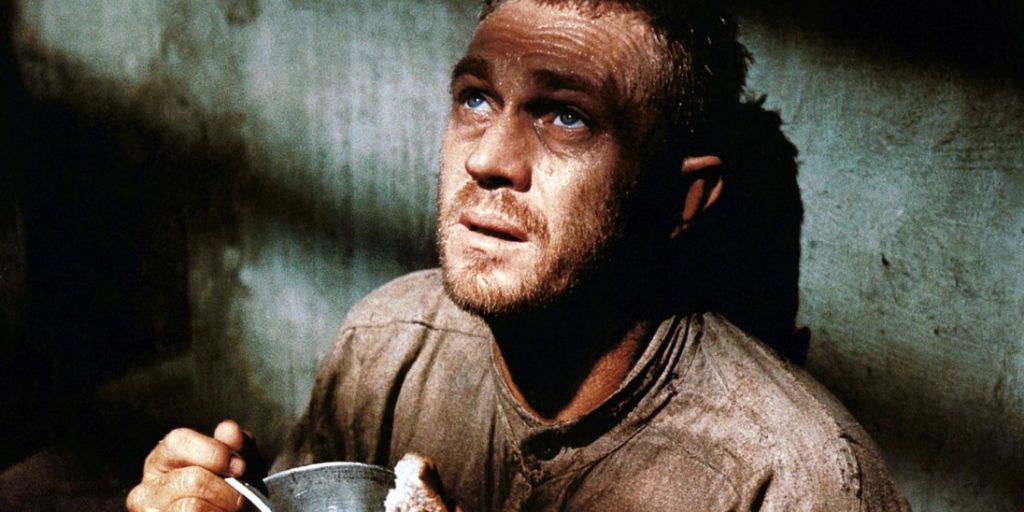 ‘Papillon’, starring Steve McQueen and Dustin Hoffman, is a semi-biographical account of Henry Charriere, informally called ‘Papillon’, and recounts his successful escape from a French prison. The film shares various themes with Shawshank, such as the friendship between men and the story about an escape from prison. McQueen plays Papillon, while Hoffman plays Louis Dega, two men who bond over similar humanity-defining experiences in labour camps and plan to escape.

Despite its melodramatic tone and overreliance on the fortunes of Dega and Papillon, the film offers a range of emotions. It glorifies the defiance and endurance of human will to battle through the repression and whims of apathetic institutional authority. Papillon, a wrongly convicted man, is an inspiring modern role model for Davids looking to outlast the mighty Goliaths.

Similar to The Shawshank Redemption – Lookback at Bresson: A Man Escaped [1956] 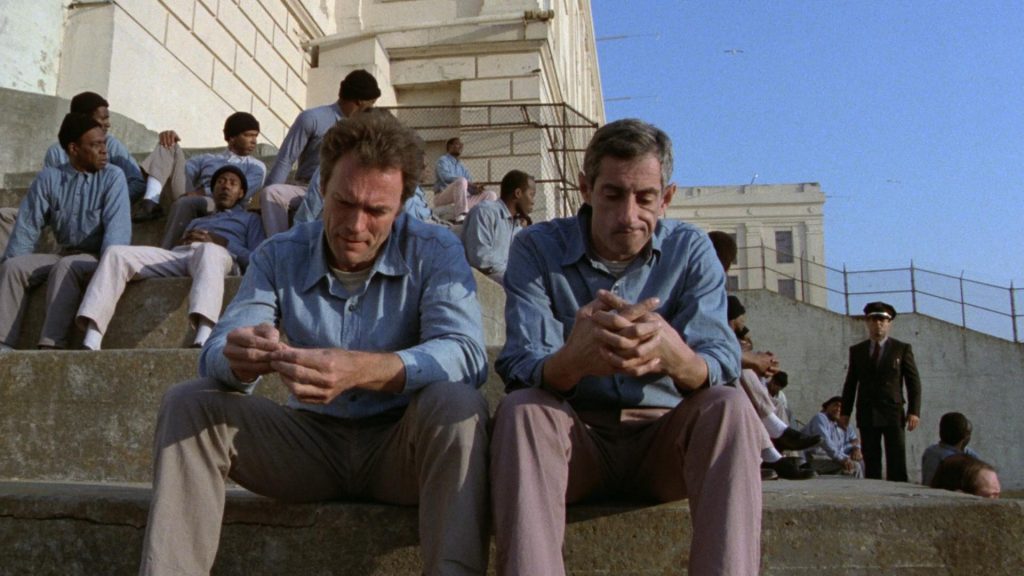 Frank Morris arrives as an inmate at a high-security prison that supposedly can’t be broken out of. Morris’ reputation precedes him, with even the warden signalling him of the futility of trying. Out of habit and as a professional challenge, Morris hatches a plan with the Anglin twins and Charley Butts to escape. Director Don Siegel expertly uses visual cues and the prodigal talents of his notorious protagonist to narrate his story.

Sound is drowned out and instead, the visual medium takes over, almost as if it too is in cahoots. The approach is restrained and authentic, much like Jacques Becker’s ‘Le Trou’, mirroring Morris’ personality. The elaborate plan is neatly set out and unfurls in a poignant manner like an ancient Italian opera.

Clint Eastwood plays Morris out of habit and lends the correct amount of intensity and spontaneity to the character. The ‘escape from prison’ sub-genre is the underlying theme here as opposed to Shawshank, which invests more time in exposition. But you’ll love it regardless. 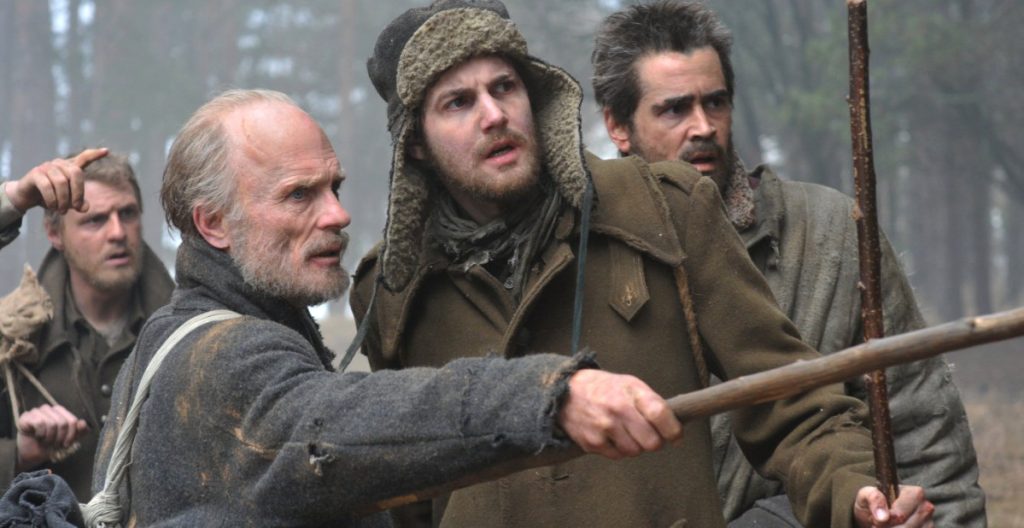 Escaping from a Gulag prison camp and walking more than 4000 miles in the unrelenting terrain with no supplies seems implausible. But it really isn’t. ‘The Way Back’ takes the inspiration for its story from the real-life memoir of a Polish prisoner of war, who achieved the feat single-handedly. Peter Weir directs a robust cast of Colin Farrell, Jim Sturgess, Ed Harris, and Saorise Ronan who collaborate to get out of their doomed future in Gulag. Each comes from a different background and participates owing to differing intentions but with a single goal.

Russell Boyd’s work behind the camera is deserving of praise. His delicate close-ups and the grand capture of the arid expanse proffers an interesting and unique visual appeal to the film. Director Peter Weir made statements regarding the veracity of the film and has later called the film “fictional”. The Australian filmmaker’s execution is not flawless but is endearing enough to warrant a steady emotional response. 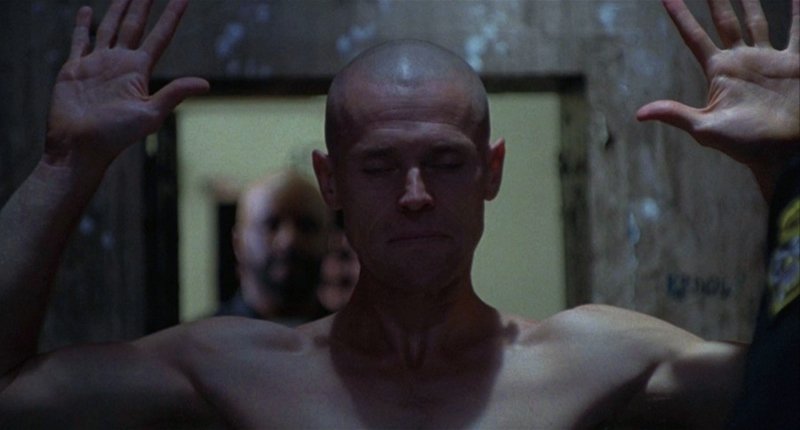 Willem Dafoe and Ed Furlong make for an oddball combination on the screen. Much like Morgan Freeman and Tim Robbins, Dafoe and Furlong’s characters meet in prison, are similarly aged, and commands similar respect from fellow inmates. Not to mention the quartet befriends each other and makes a run for it to give themselves a fighting chance. ‘Animal Factory’ is a bit more light-hearted in its tone and maintains a consistent thematic and structural mix. Prison camaraderie reigns at an all-time high in the film, which is full of comical moments of joy and happiness.

Shawshank’s writing stands heads and shoulder above Animal Factory’s that is more inclined towards reaching a forgone end than steadfast the journey. Dafoe is a force of nature, smartly juggling his character’s complex mix of personalities. He has the level-headedness and strictness of a highschool principal and the uninhibited free-spirit of that of a small child. ‘Animal Factory’ produces an even balance of theatre and reality to place the viewer in a position to experience real-life prison first hand. 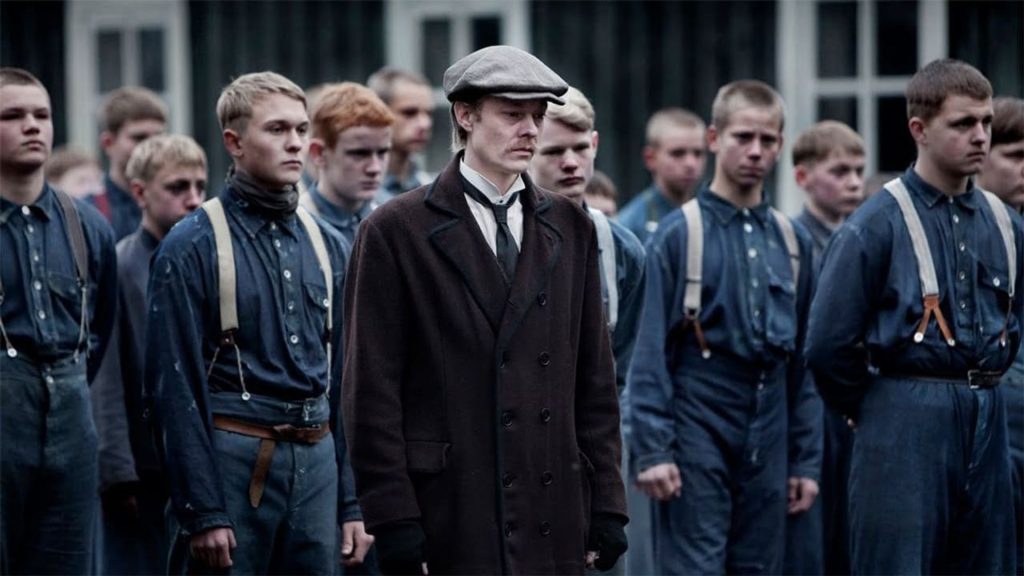 ‘King of the Devil’s Island’ is one of the most hardened, intense, and uncomfortable watches on the list. The nature of the prison, the uninhabitable terrain, and the events that transpire make for a grim atmosphere. There’s not much to take away from the film. It erects and collapses with its plot. Benjamin Elstad plays Erling, a new inmate at a youth prison in Bastoy, who befriends Olav.

All the youths are allocated a code number, a traditional dehumanizing exercise in such places. Hakon, the head of the place, regiments the boys to relentless torture and his unyielding nature evokes strong reactions from them. The collective ire against Housefather Brathen because of his morally corrupt acts of sexual assault against young boys takes the form of an all-encompassing revolt that overturns the governing authority.

The similarities to Shawshank are mostly spiritual and abstract in nature. The friendship component between Olav and Erling is distanced from Andy and Red in form but is like any other friendship in substance. 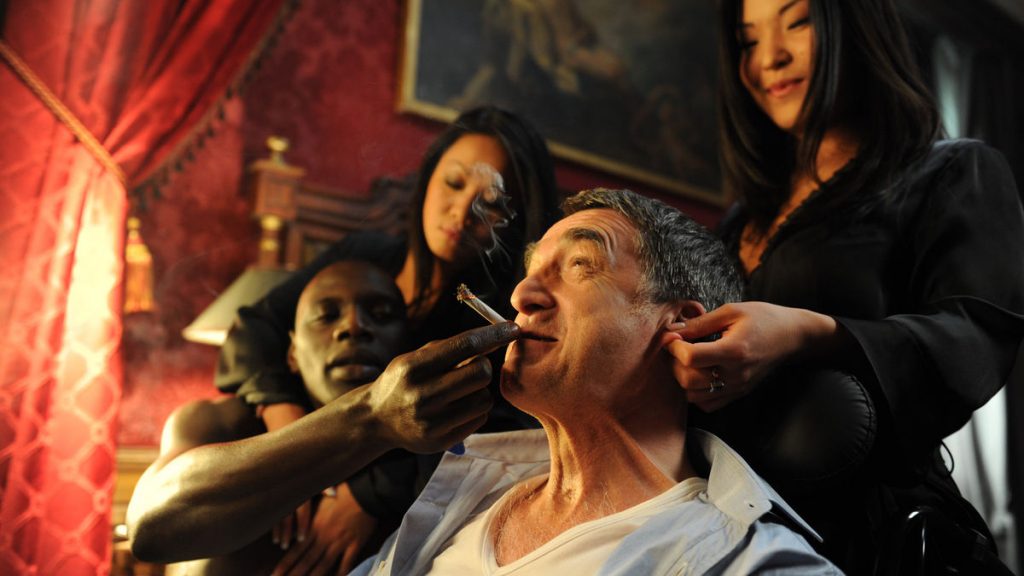 ‘The Intouchables’ became a global sensation on release in 2011. It received adulation and support from audiences and critics alike. The plot revolves around the friendship of two diametrically opposite men. Phillipe is a rich quadriplegic who’s looking for a caregiver. Bakary, a foreign national on welfare support, shows up at the job interview to get an obligatory signature and leave.

As fate would have it, he gets the job and the two begin an uncharacteristic friendship that goes beyond needs and transforms into a fulfilling exercise. Omar Sy, the star of the new Netflix show Lupin, is adept in reconstructing his typecast to suit Bakary’s persona. His chemistry with Francois Cluzet is the lifeblood of the film, which doesn’t really have much to offer in terms of plot innovation. An American remake was released recently starring Bryan Cranston and Kevin Hart in the respective roles. 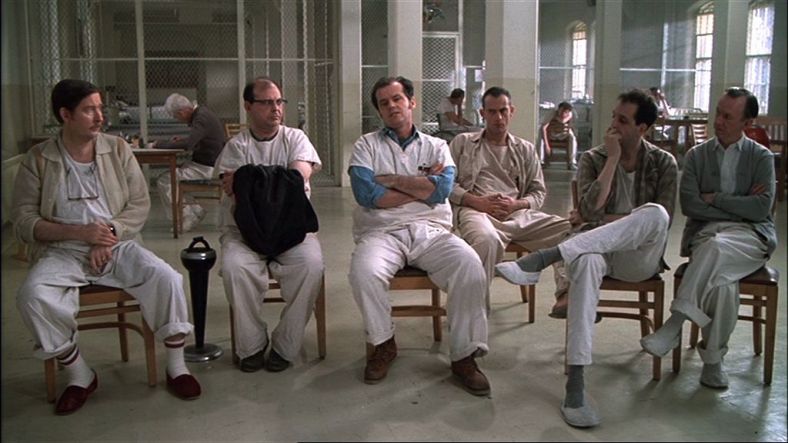 ‘Shawshank Redemption’ and ‘One Flew Over the Cuckoo’s Nest’ are built of the same cloth but preach differently. The former, in its optimism and dream-like conclusion, endorses “hope” as the thing that will set you free, while the latter, on its blocks of trauma, confrontation, and unconventional misfits, can not let go of its free-spirited bird’s defining trait.

Similar figures of authority (Nurse Ratched and Warden Norton) oppress and watch over two men who do not belong where they are. One’s not a murderer and the other’s not a mental patient. Both celebrate the microcosm of humanity that manages to creep out of the darkest of places.

Andy Dufresne and Randle P. are both heroes to their comrades, the kings of their small fiefdoms but meet very different ends. Regardless of how different or similar they are, both films are poetic and profound cinematic experiences, each with a different lesson to teach. 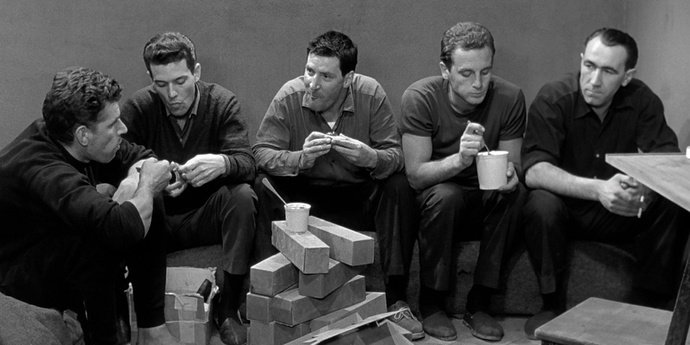 I have to be honest. The first time I saw French filmmaker Jacques Becker’s scintillating social experiment set in a high-security prison, all I could remember was Ghislain Cloquet’s stunning cinematography. His handling technique and lighting of shots are prominently reproduced by contemporary shooters and clearly served as the blueprint for using light as an elementary variable in narration.

On second viewing, though, ‘Le Trou’ evolves as a chilling tale of trust, betrayal, and fate and mantlepiece for movies that navigate weighty themes and serving a crafty story. A new inmate, on trial for charges laid against him by his wife, joins four other men in a single prison as the building undergoes repairs. He joins their plan to escape. Unbeknownst to him and the others, life has another thing planned. Interestingly, ‘Le Trou’ sees two of the four inmates successfully make their way out through a manhole in the city. But their pledge to their friends turns them back.

Related to The Shawshank Redemption – Lookback at Bresson: A Man Escaped (1956)

Trust, thus, becomes an essential spoke in the wheel of friendship between the four. Nothing is thrust upon the viewer and instead, things take their own sweet time to transpire. The final confrontation is a bewildering mix of misdirected anger and confusion. The cliffhanger aptly serves justice on Gaspard’s conscience, leaving his fate and that of the others to the imagination of the viewer. 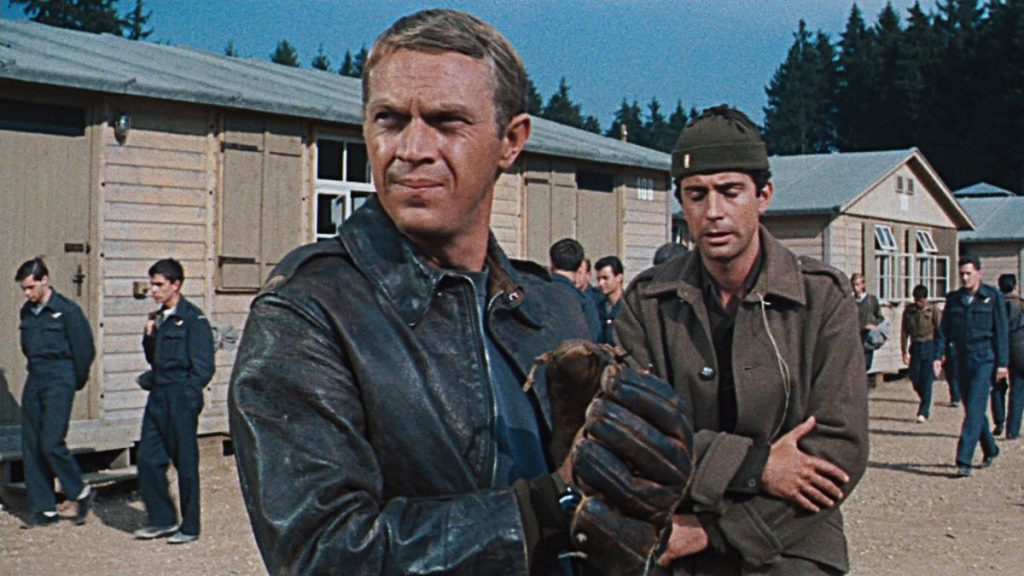 John Sturges’ epic war film acts as a direct inspiration for Shawshank. Although set against a completely different backdrop of the second world war, ‘The Great Escape’ invented and enhanced this niche in films about escapes. The film dramatizes the real-life escape of Allied prisoners of war from the Stalag Luft III, a German prison.

It is based upon Paul Brickhill’s book of the same name but digresses quite a bit from actual events for commercial appeal. Steven McQueen’s central act as Capt. Hilts is one of the most well-rounded performances you’ll see. The tragedy that looms over the events in the film is certainly not expected, especially if you’re not aware of the real-life story.

‘The Great Escape’ offers a great escape for audiences to get lost in the cinematic wonder that Sturges oversees and turns out as a high-octane adventure devoid of anything not mechanized to pump adrenaline. 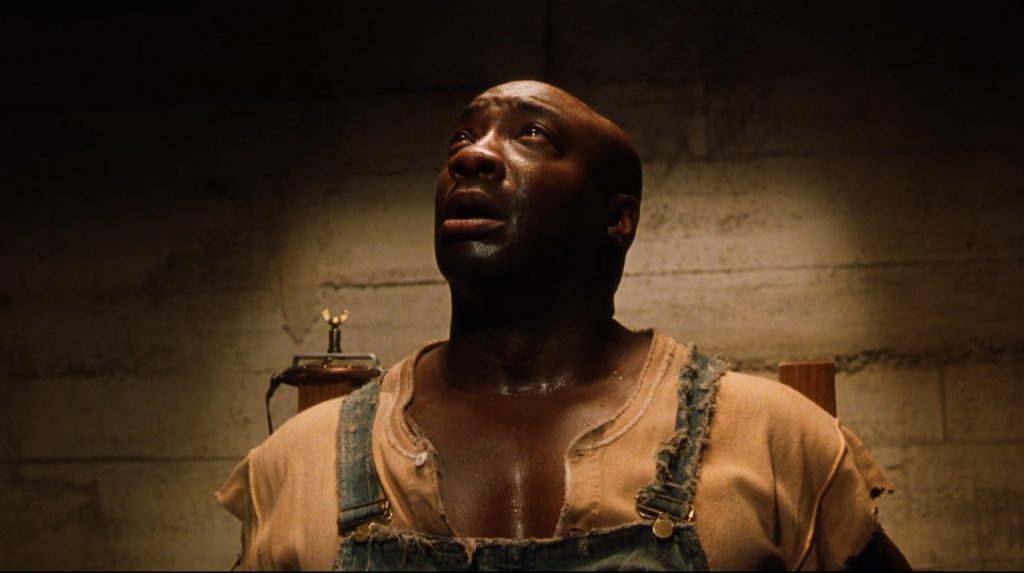 ‘The Green Mile’ is quite an obvious choice for the list. Not only is its literary origins from the same creative brain, but it is also helmed by Frank Darabont. The setting of a prison is the same; the narration is guided by the protagonist; the bond between men, all are similar to ‘Shawshank Redemption’. Tom Hanks stars as Paul Edgecomb, a correctional officer at Cold Mountain Penitentiary’s death row, nicknamed “The Green Mile” in 1935. A new arrival, John Coffey, built like a mountain with the heart of a clam, intrigues Paul and other guards due to his mystical abilities. Although it seems to be happenstance at first, their belief-system takes a shock when they discover the truth about Coffey.

‘The Green Mile’ is compelling both as a grim exploration of racial and institutional prejudice in the early 1930s and as an unexpected supernatural fantasy. The running time seems a bit drawn-out for modern cinematic sensibilities and a brief trim could have further elevated the film. Darabont’s patience in letting the story settle in is probably the culprit here. Tom Hanks and newbie Michael Duncan share a beautiful and compassionate bond that enhances ‘The Green Mile’s emotional appeal. A classic that playfully dabbles on the precipice of greatness, whose final destiny rests with the viewer.