Johnny Depp Movies: 10 Best Performances: “An exploration of the outside, or the outsider, or what’s considered the outsider, or the underdog, or the damaged. Those are the things I find interesting.” As Johnny Depp stated in a 2013 interview, he has always held a strong connection with the misfits of the world, those who are considered ‘abnormal’ by society. This perspective has proved advantageous as it has allowed Depp to portray an assortment of oddballs, from innocent eccentrics to deranged lunatics and everything in between.

Depp’s unwillingness to submit to roles in the realm of normality has led some to believe he’s simply a one-trick pony in the category of kooky. However, it’s Depp’s ability to portray a wide range of ‘outsiders’ and their complexities, which make him a flexible and gifted actor. His characters often force you to question what is considered ‘normal’ and ‘strange’ within the restrictions and expectations of society.

As Depp has excelled in many roles over the decades, it is incredibly difficult to narrow his work down to a top ten. Therefore, films which are also worth a mention due to his notable performances include Public Enemies, Sweeney Todd: The Demon Barber of Fleet Street, Blow, Sleepy Hollow and The Libertine. 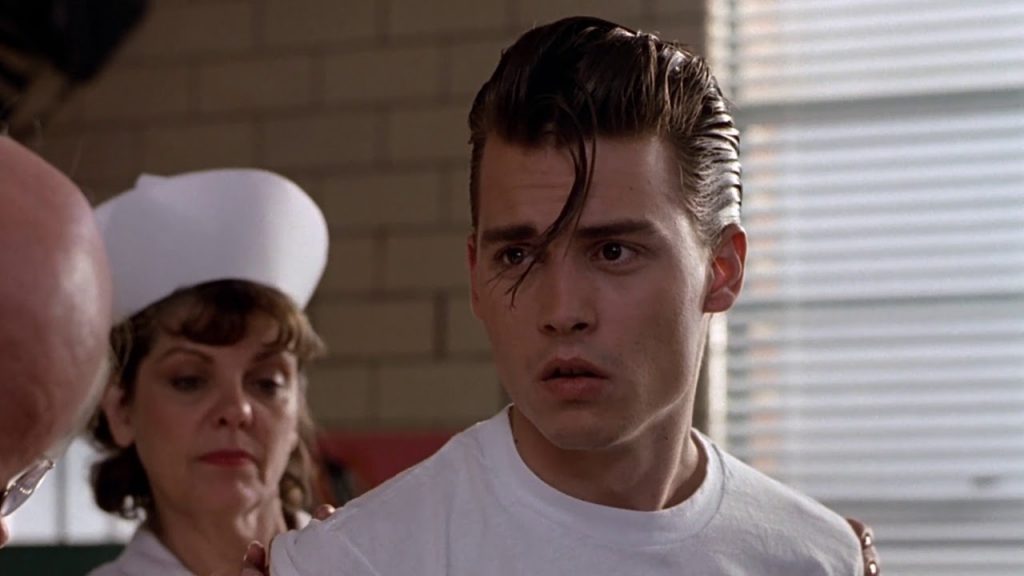 Directed by John Waters in his spectacularly campy style, Cry Baby offers kitsch and absurdity in abundance. Significantly, this is perhaps Johnny Depp’s first mainstream step into the unconventional characters he is often associated with, and judging by this performance, clearly excels in. This wacky roller-coaster of a film follows a Romeo and Juliet style romance within two rival high school groups, the self proclaimed Squares and the rebellious Drapes.

Alongside the distinct rockabilly soundtrack, Depp takes the teenage heartthrob meets bad boy cliche to the extreme, showing resemblance to the King of Rock himself. Depp delivers extreme teenage angst and romantic passion with bizarre sincerity, which is both humorous and entertaining. What makes this an impressive performance, is how Depp is able to truly embrace the wacky style of John Waters and give a performance worthy of the film’s utter ridiculousness. 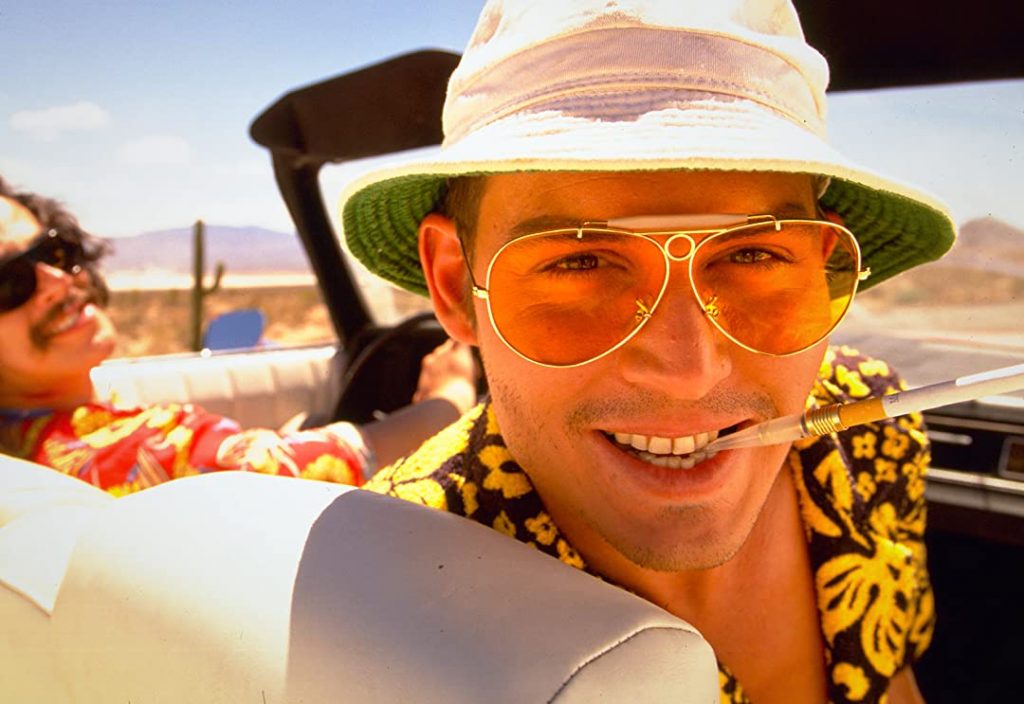 Many of Johnny Depp’s classic eccentric characters offer enlightening backstories and some sort of reasoning behind the madness. However, Depp’s performance in Fear and Loathing in Las Vegas does quite the opposite, offering a nonsensical and unfaltering portrayal of the drug fuelled Raoul Duke. The movie itself is somewhat messy, following two men whose intentions are to travel to Las Vegas for work. However, this plan is immediately derailed as the two become consumed with the effects of drugs.

Despite the lack of story-line or clear direction, Depp demonstrates a stark commitment to his character. He impressively embraces the lunacy and paranoia in its entirety, never showing us a glimpse of sober normality. Duke is rarely seen without his cigarette protruding from his lips, causing him to mumble and slur throughout his dialogue, a subtlety which adds to the absurdity of the character. This performance truly pushes the boundaries and sees Depp dive into this distorted and manic world, delivering limitless energy and a great deal of dark humour. 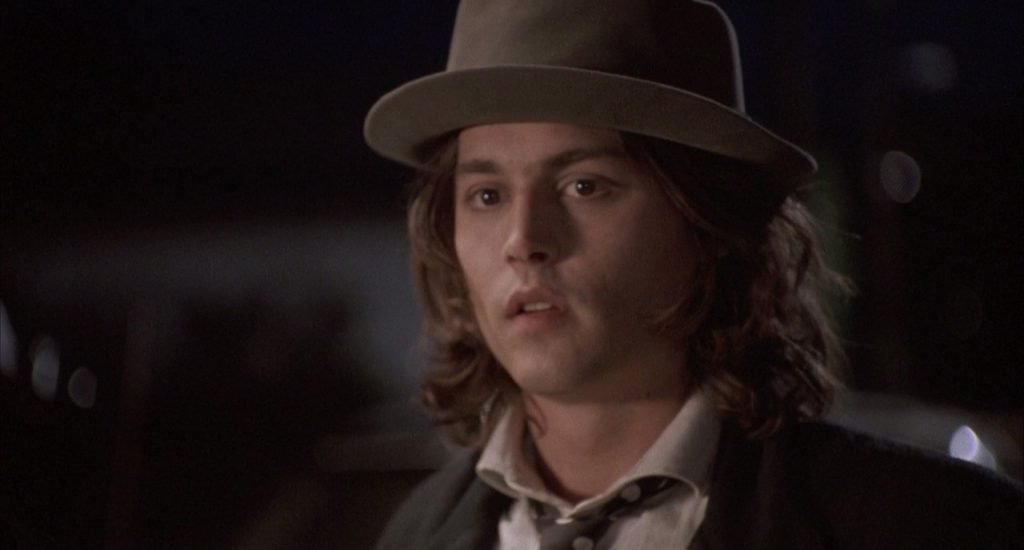 As an actor, Johnny Depp is no stranger to comedy. However, Benny and Joon was Depp’s first opportunity to truly show off his impressive physical comedy, mirroring famous silent movie stars with notable poise. Depp stars as the oddball Sam as he meets and forms a relationship with Joon, a mentally ill woman who is largely dependent on her brother.

Related to Johnny Depp: 12 Films That Talk About Mental Illness

The relationship between Sam and Joon offers interesting disparities and similarities which give us insight into both characters. Sam’s bold eccentricity and unique outlook on life allows him to see past Joon’s apparent ‘flaws’ and instead focuses on her own unconventional perspective. Whilst Joon expresses her views and creativity through art, Sam prefers to unleash it on the world around him, from theatrical dress to his playful behaviour. Despite this assured confidence, Depp also expresses a vulnerability in Sam through his child-like mannerisms and his inability to read or write properly. The character opposes society’s natural tendencies to judge and encourages us to see the positives in our differences. 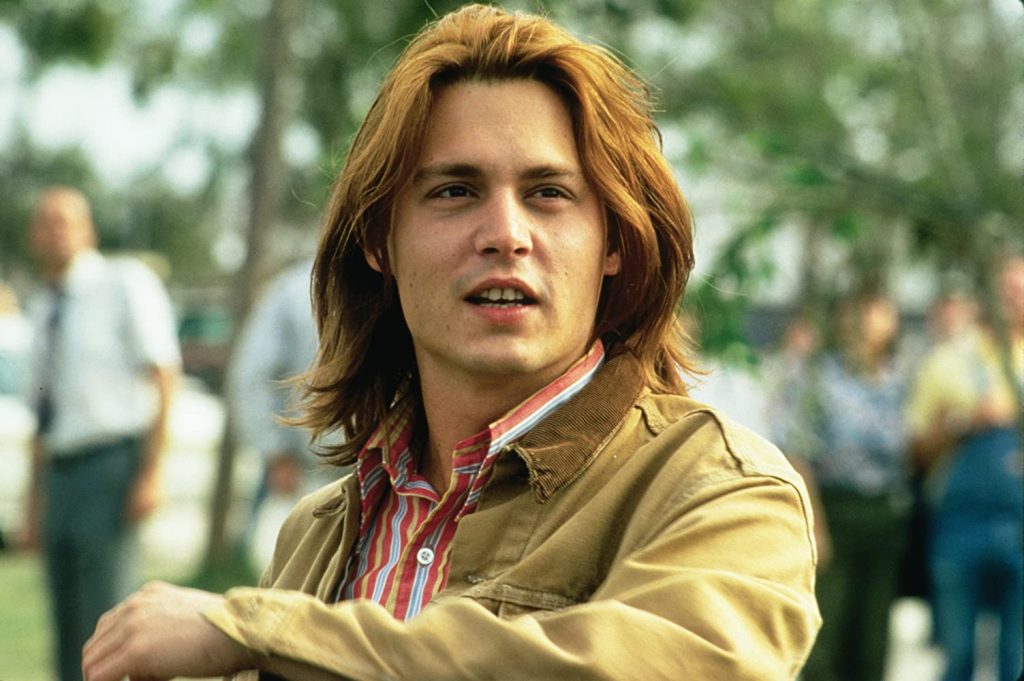 Starring two legendary actors, a young Leonardo DiCaprio and Johnny Depp align perfectly to produce gripping performances in this moving drama. Gilbert Grape, played by Depp, shows a tender side as he takes on the responsibility of taking care of his morbidly obese mother and mentally disabled younger brother.

Primarily, the film is centred on the importance of family but also the value of independence as you emerge into adulthood. Gilbert shows patience and elements of protectiveness towards his dysfunctional family, in particular towards his brother. Although, despite his apparent easy-going nature, Depp is able to express Gilbert’s inner emotional turmoil. Inner conflict develops surrounding the lengths he is prepared to go for his family and the sacrifices he’s willing to make, particularly when it concerns his love life. Depp approaches this conflict with subtlety which only adds to this sentimental and thought-provoking perspective on family life. 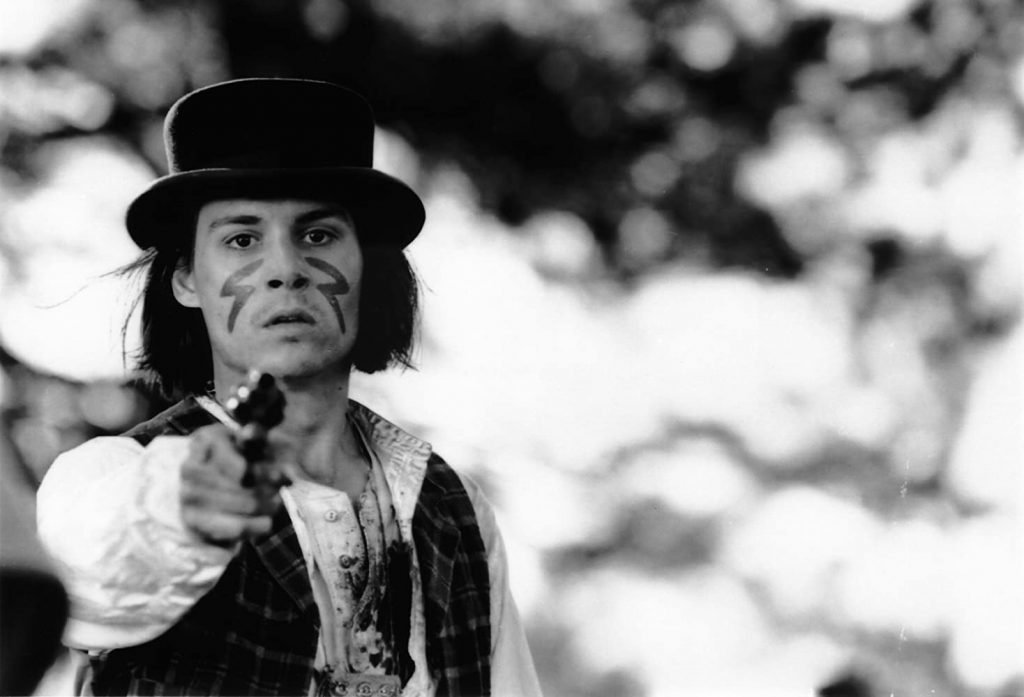 Dead Man is a film which steps away from the overstated violence often found in classic Western’s, instead opting for a slower pace, emphasised by the fade to black transitions between each scene. Johnny Depp also represses the melodrama and instead relies heavily on understated expressions to convey the character’s emotions.

Depp plays the awkward yet composed role of William Blake, a city accountant who ventures to the borders of American civilisation to seek a job, which unexpectedly leads to him being on the run for murder. The role of transitions play a significant part in the film. Depp is able to utilise this as we see Blake’s physical transformation align with his shift in mentality due to the freedom in having no boundaries. Spirituality and death is also explored as we see the characters play with the fragility of life, exhibiting a careless and nonchalant attitude, shown with the use of weapons. As Blake plunges further into this unfamiliar wilderness he gradually becomes part of the world he once feared, leading to his gradual acceptance in the inevitability of death. 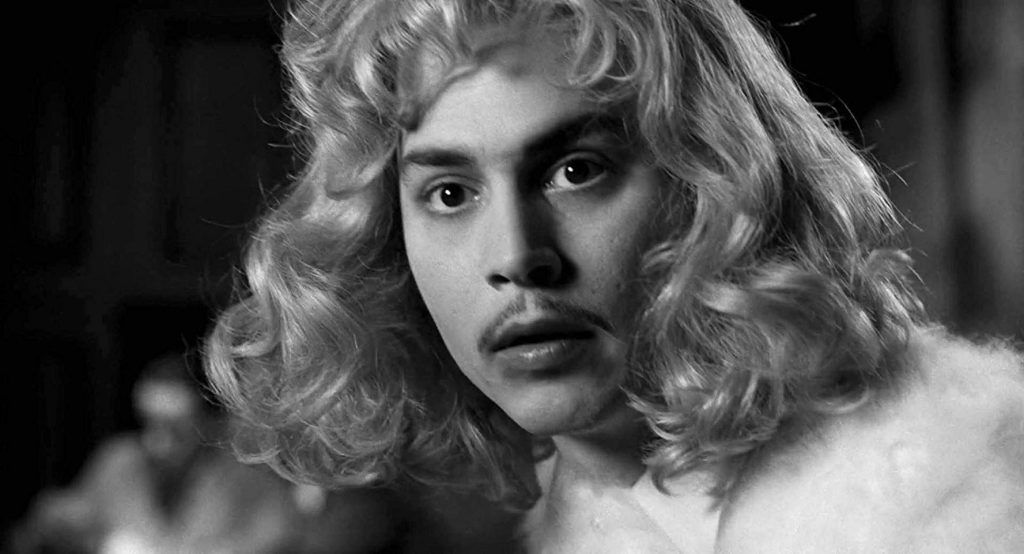 In this curious ode to classic Hollywood cinema, Johnny Depp portrays the infamous director, Ed Wood. The black and white style which plays with emblematic techniques such as lightning and shadows, serves as a compelling backdrop to Depp’s notable performance. Based on real events, we follow Ed Wood’s struggle to become successful within the film industry, whilst placing his peculiar and bold methods to film making on full display.

Initially, Depp portrays Wood as simply a clean cut opportunist who is eager to make his mark in Hollywood. This introductory cookie-cut persona helps add to the surprise when Wood’s various quirks and distinctive characteristics are revealed. Yet, despite Wood’s evident eccentricity, Depp ensures that the character is defined through his unwavering ambition and optimistic attitude. We also see a loyal and softer side to Ed Wood through his devoted friendship and admiration for late actor Bela Lugosi. Ultimately, Depp was able to convey the complexities and positive attributes of a man once dubbed, ‘worst director of all time’. 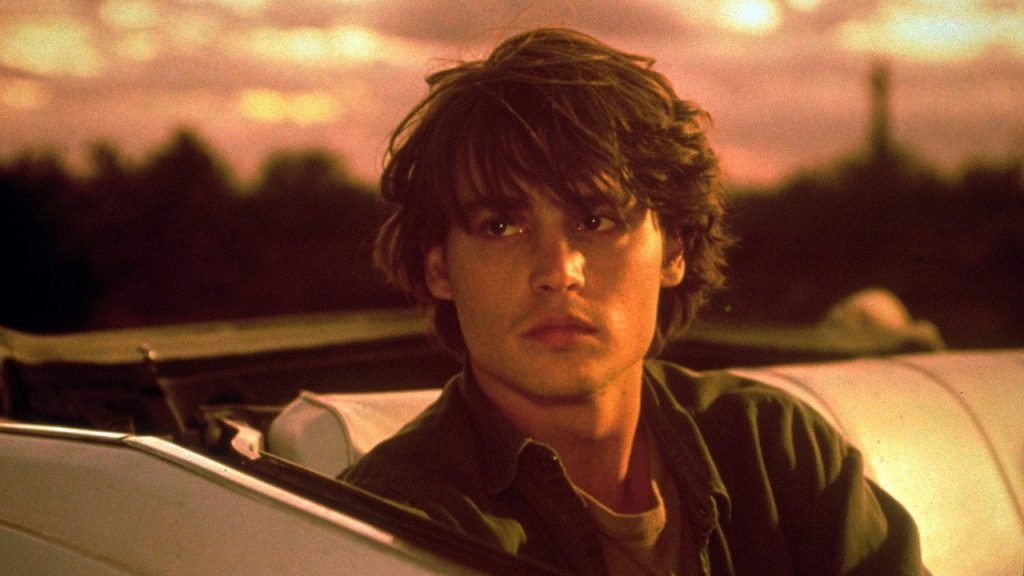 Likely one of Johnny Depp’s lesser known films, this underrated indie movie definitely deserves more recognition. Mixing dark humour with serious issues such as mental health, this surreal combination allows Depp to explore various angles to his character. Playing the lead role of Axel, he is unwillingly taken from New York to Arizona in order to help with the family business. Whilst staying in Arizona, Axel becomes romantically involved with two unique women whose erratic behaviour indicates significant and unstable mental health problems.

Depp is able to portray an astute side to Axel as he initially comes across as insightful with an impressively calm presence, despite the madness surrounding him. This quality, paired with a light-hearted and natural sense of humour, shows a genuine softer side. However, as his romantic endeavours become more intense, we see how the complexities surrounding mental health can take its toll emotionally as he begins to lose control in the real world. In this intricate role, Depp brilliantly displays the fine line between dreams and reality and how disillusion and false hope can take over. 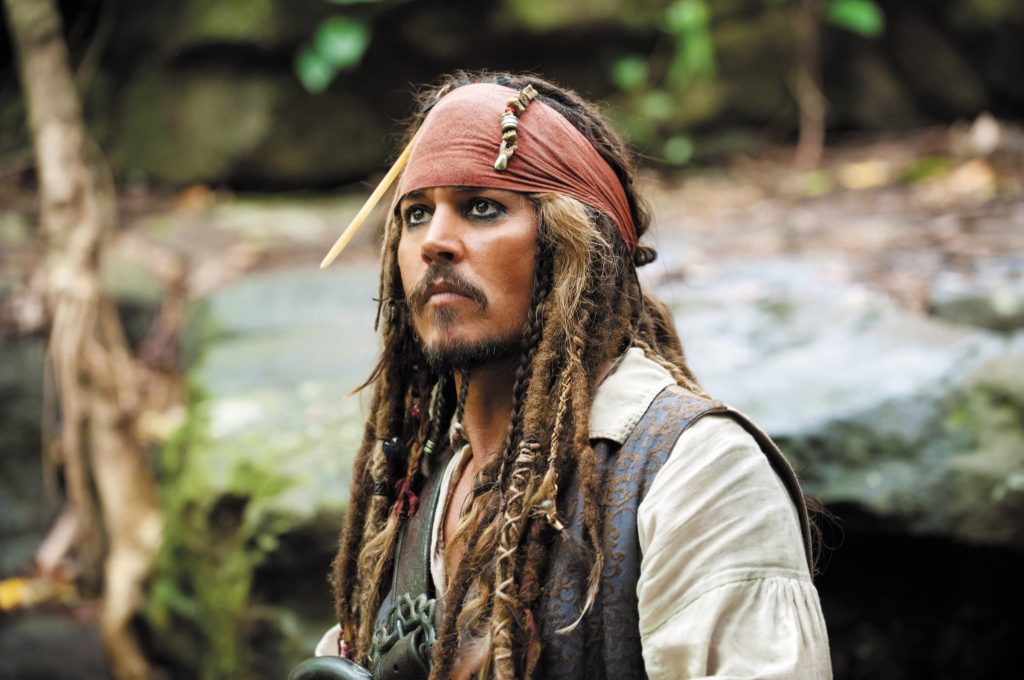 When thinking of famous pirates throughout movie history, Captain Jack Sparrow firmly emerges amongst the greatest. Johnny Depp was able to revive the pirate genre by bringing a fresh excitement and clever humour to the character. Depp plays the wayward and somewhat failing pirate who assists a blacksmith in pursuing his romantic love interest whilst seeking his own desires for revenge.

The iconic introduction which initially sees a proud and impressive Jack Sparrow on board his pirate ship, only to pan out and see an unremarkable sinking sailboat, is a scene which perfectly symbolises this quirky character. Sparrow is intriguing due to his various different sides, being lovable and humorous whilst maintaining an unapologetic ruthlessness. However, his apparent wicked streak is largely forgiven due to his amusing quick- witted nature and theatrical gestures, from his drunken stance and slurred speech to his comical one-liners. Sparrow’s compelling character development allows us to see a selfish criminal transformed into someone who shows empathy and loyalty, easily cementing him amongst cinema’s most popular pirates. 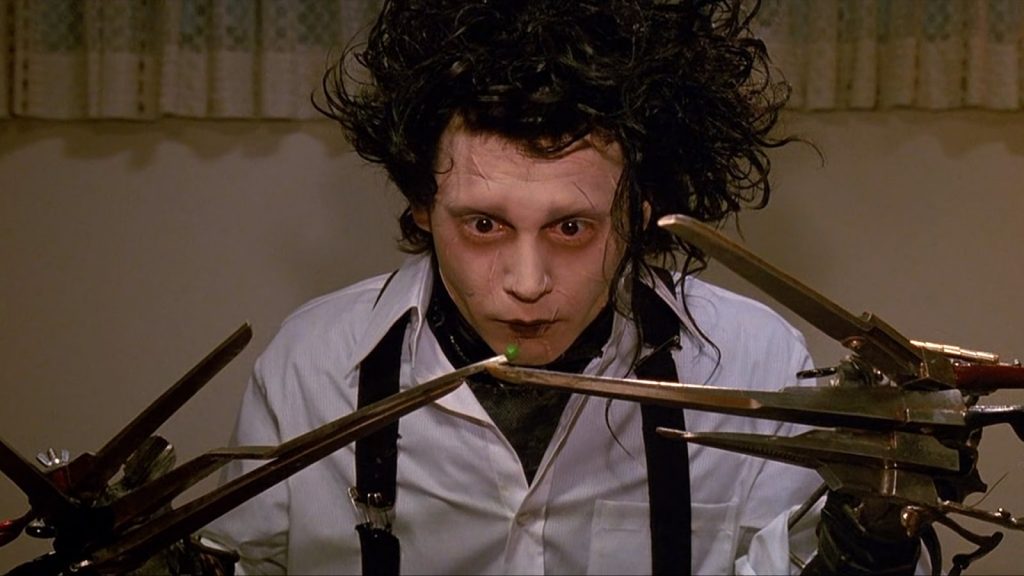 Director Tim Burton is known for creating characters in the form of misfits. Edward Scissorhands is one of the finest examples of Burton’s distinct style, with Johnny Depp playing the role of the signature outcast exceptionally. The character of Edward Scissorhands is plucked from his gothic, isolated mansion and taken to the prim and proper world of suburbia. Edward’s obvious abnormalities instantly attract attention, which could be a nod to how society views and deals with ‘outsiders’.

Rather than relying heavily on dialogue, Depp is able to express the innocence and curiosity in the character through his child-like nature and emotive expressions. Throughout the film we see a number of contrasts and contradictions from the fairy tale settings to the problematic characters. Depp is able to emphasise the stark contrast between Edward’s dark and intimidating exterior to his kind and good-natured interior. The signature scissors in place of his hands also show us how something deemed dangerous can actually produce things of beauty. The character sends the age-old message to not judge a book by it’s cover and to be understanding of those society considers ‘different’. 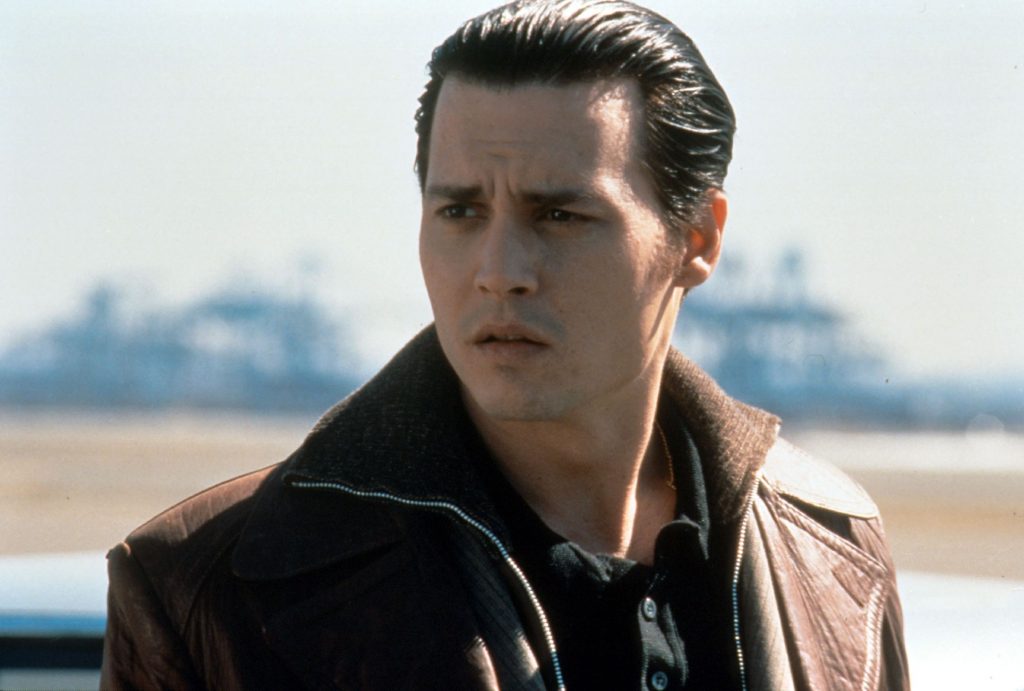 Johnny Depp is often associated with eccentric characters with kooky senses of humour. In portraying Donnie Brasco, Depp stays clear of this type cast and dives head first into the dark world of criminal gangsters. The true story follows Depp as an undercover agent who successfully infiltrates one of New York’s most powerful criminal gangs over a six year period.

Despite sharing the limelight with the iconic Al Pacino, Depp manages to hold his own and stand out amongst the star studded cast. Depp embodies the smooth talking New Yorker with effortless ease, exhibiting a ballsy yet composed demeanour. As Brasco sinks deeper into his undercover persona, Depp is able to portray the anguish and disillusionment which seems to consume him the further he goes. We also witness a role reversal and change in perspective as we see the hero becoming someone whose feelings are dominated by anger and cutthroat determination. The complexities and raw emotions Depp portrayed with this character show that he is far from a one-trick pony.

Sivapuranam [2015] MUBI Review - A strange isolated world of a loner

How Neeraj Ghaywan's 'Masaan' amplifies its themes through Visual Storytelling