Home»Lists»10 Films To Watch If You Love Nomadland
Lists

10 Films To Watch If You Love Nomadland

Chloé Zhao’s Nomadland, based on the non-fiction book by Jessica Bruder, is on the road to become a modern classic. Starring Frances McDormand as Fern, a 61-year-old widow who, after the economic collapse of her company town in rural Nevada, packs her van and sets off on the road, works seasonal jobs, and befriends fellow nomads wherever she goes. Unfolding like a documentary, Nomadland is filled several with non-actors who are real life nomads and then there is the fictional creation Fern, connecting them all into a journey of finding America’s heartland. It is a road film without a destination. With incredible attention to detail, Nomadland breathes life into the quietness of these lives with a poetic vision. Alfonso Cuaron, who was in conversation with Zhao, perfectly summed up on how Nomadland “is filled with social commentary, but it doesn’t become a pounding political statement.”

Here are 10 films to watch if you liked Nomadland : 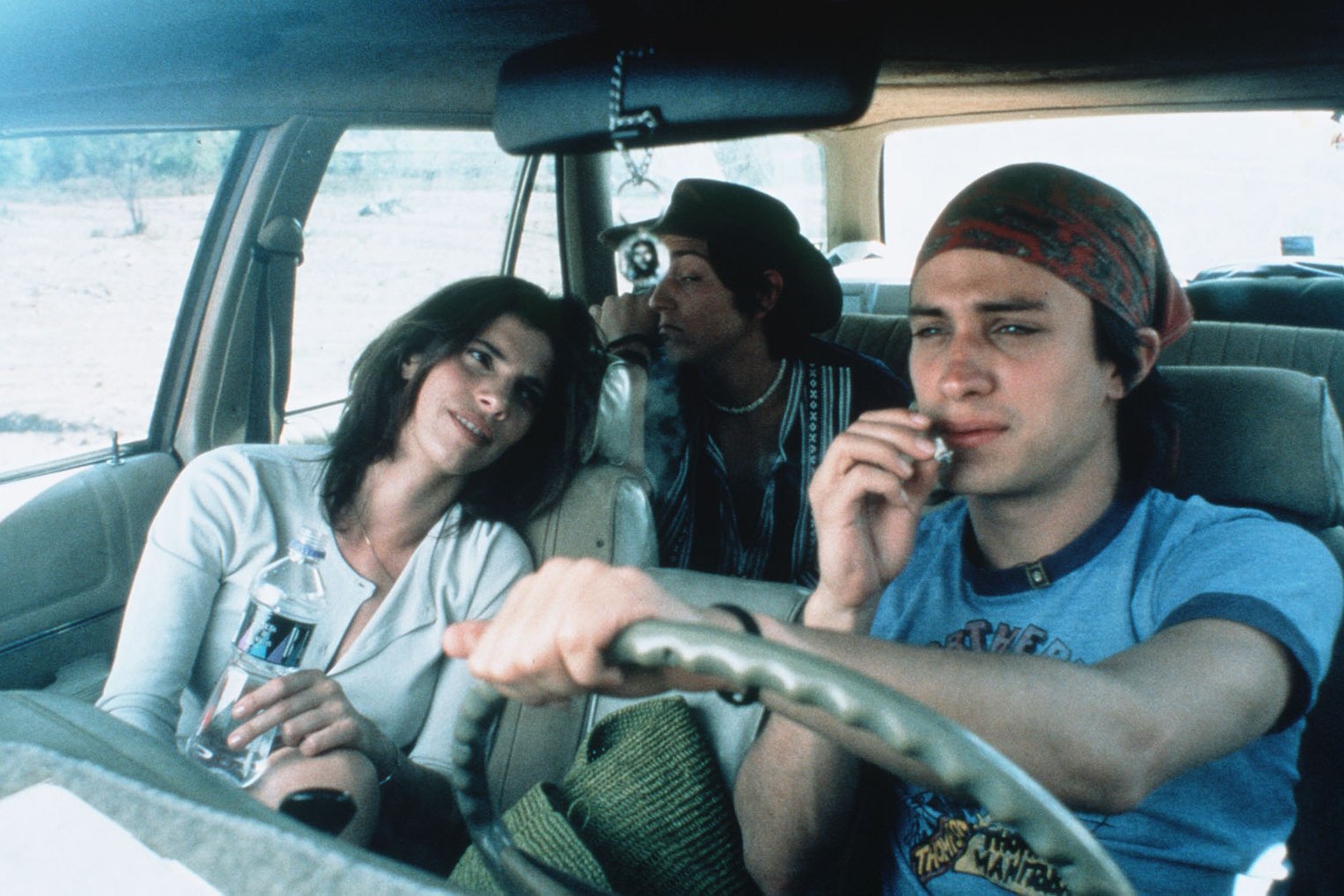 Before directing the best film in the Harry Potter franchise and his sci-fi epic Gravity, Cuaron made a Spanish coming-of-age road movie about two most unlikeable teenagers who hit the road with a sensual older woman they can’t get enough of. There’s enough heat to keep the ball rolling, and then when it gets darker, Cuaron strikes. Flawlessly entertaining, Cuaron’s film is deceptive in masquerading serious themes within the garb of the comic and the raunchy.

Related Read to Films Like Nomadland: 10 Things You Probably Didn’t Know About Nomadland

Perhaps in one of the most effective uses of voiceover in film, here it watches over the characters and points out insights on death, politics and culture. With collaborator and ace cinematographer Emmanuel Lubezki, Cuaron charts a revelatory map from innocence to experience. Extracting unforgettable performances from Gael Garcia Vernal, Diego Luna and Maribel Verdu, Y Tu Mama Tambien is a cinematic masterpiece, breathlessly alive two decades after its release. 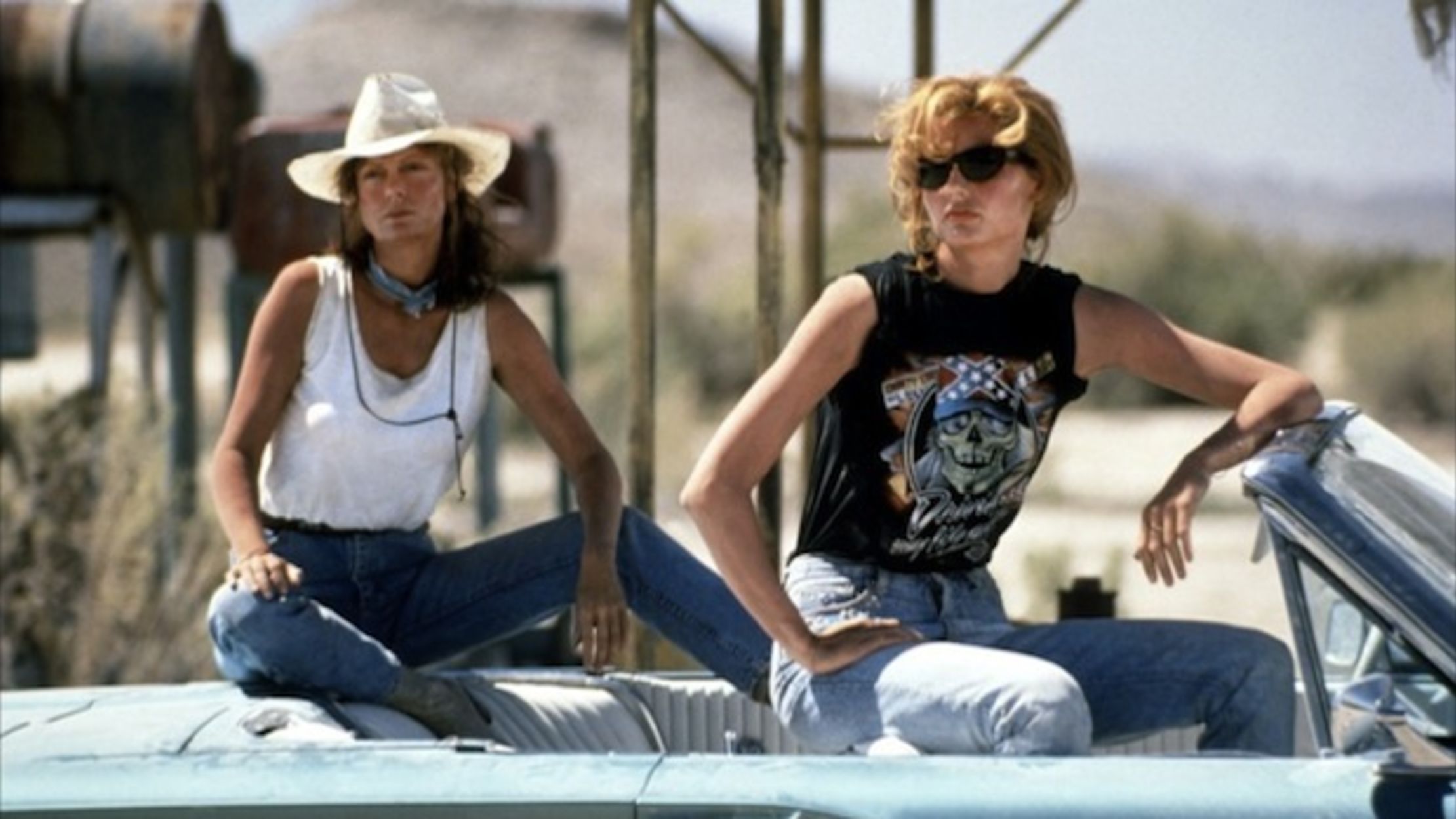 This Academy Award winning film directed by Ridley Scott has aged magnificently, and every time you watch it, it keeps getting better. What’s not to love? From the two note-perfect central performances delivered by Geena Davis and Susan Sarandon, taking on the journey of a lifetime to Callie Khouri’s subversive and layered screenplay that places you right in 1990’s America, it had it all. Thelma and Louise also marked the debut of Brad Pitt as the smooth-talking cowboy J.D., whose charm and irresistibility sizzled the screen.

But what sets Thelma and Louise apart as a cult classic is its portrayal of two fully developed female characters without stereotyping the other male characters as enablers. Even when it fully embraces the predictability of the genre, it offers a refreshing and psychologically acute picture of femininity. It passed the Bechdel Test three decades ago, as easily as ever. Thelma and Louise is a road movie without a destination, just like Nomadland, but is also frighteningly aware of the limitations of gender, class, and place. Thelma and Louise offers a high-wire act of discovery and liberation.

David Lynch’s The Straight Story might be his most accessible and eventually underrated, but this portrait of mid-eastern America is unforgettable. Richard Fransworth gives a performance of a lifetime as Alwin Straight, a 73-year-old from Laurens, Iowa, who learns that his brother is dying and wants to see him one last time. Along the way he meets a host of strangers who provide him kindness and save his life in more ways than one.

Lynch and cinematographer Freddie Francis create a fascinating portrait of not only the vast fields and rivers but also of the landscape of the faces, that distill time and age in all its subtle negotiations. Without bringing in an impartial sentimentality, The Straight Story lets itself travel the road with clear-eyed honesty and endurance. 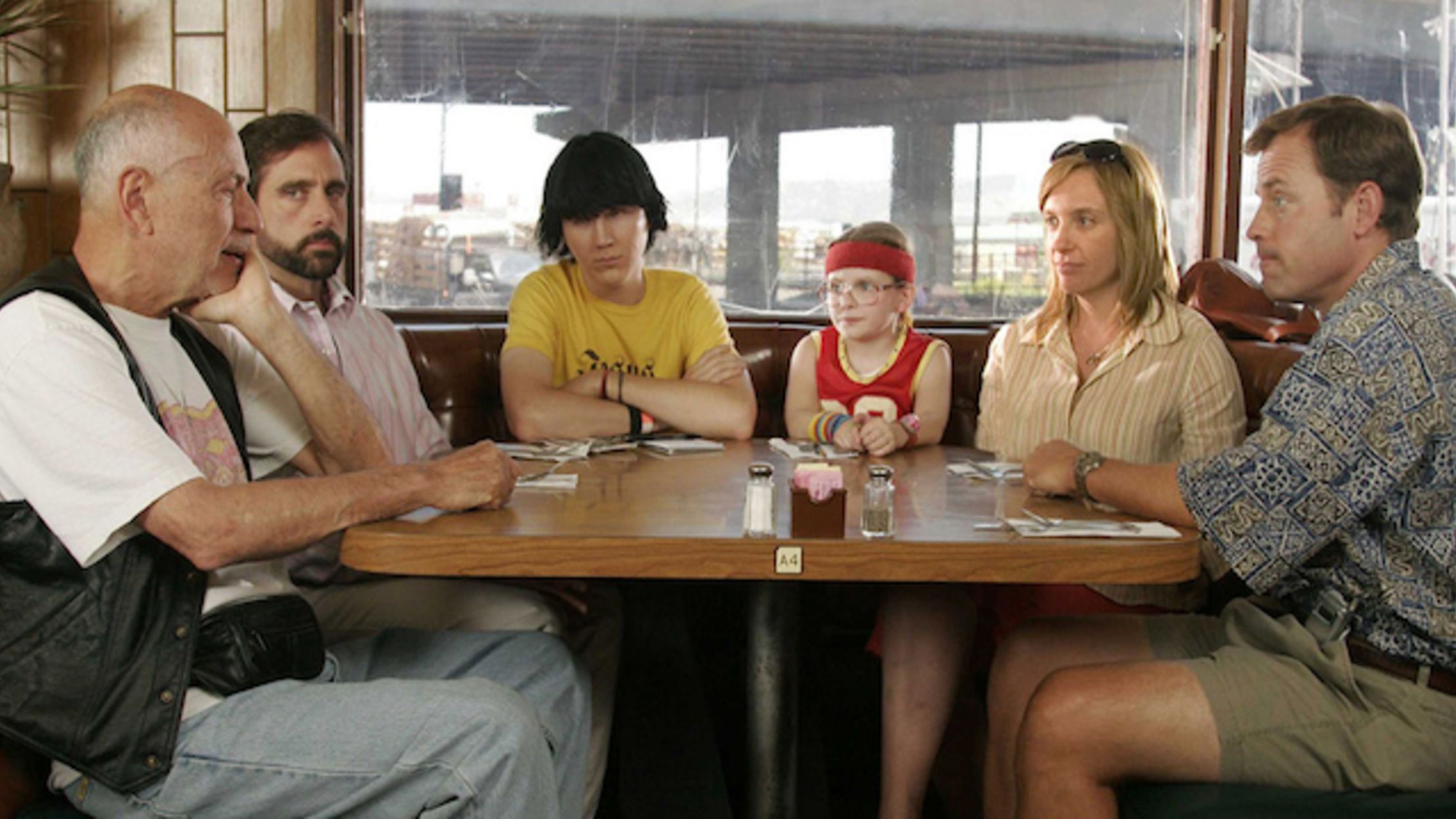 Hilarious and touching, Little Miss Sunshine is ultimately a unique critique of the American Dream. Each character finds themselves chasing the mantra of success, as if there’s no other meaning in existence other than its effect on individual growth. It all culminates into one of the most moving climaxes in recent memory when the whole family comes together out of their black and white understanding of life. 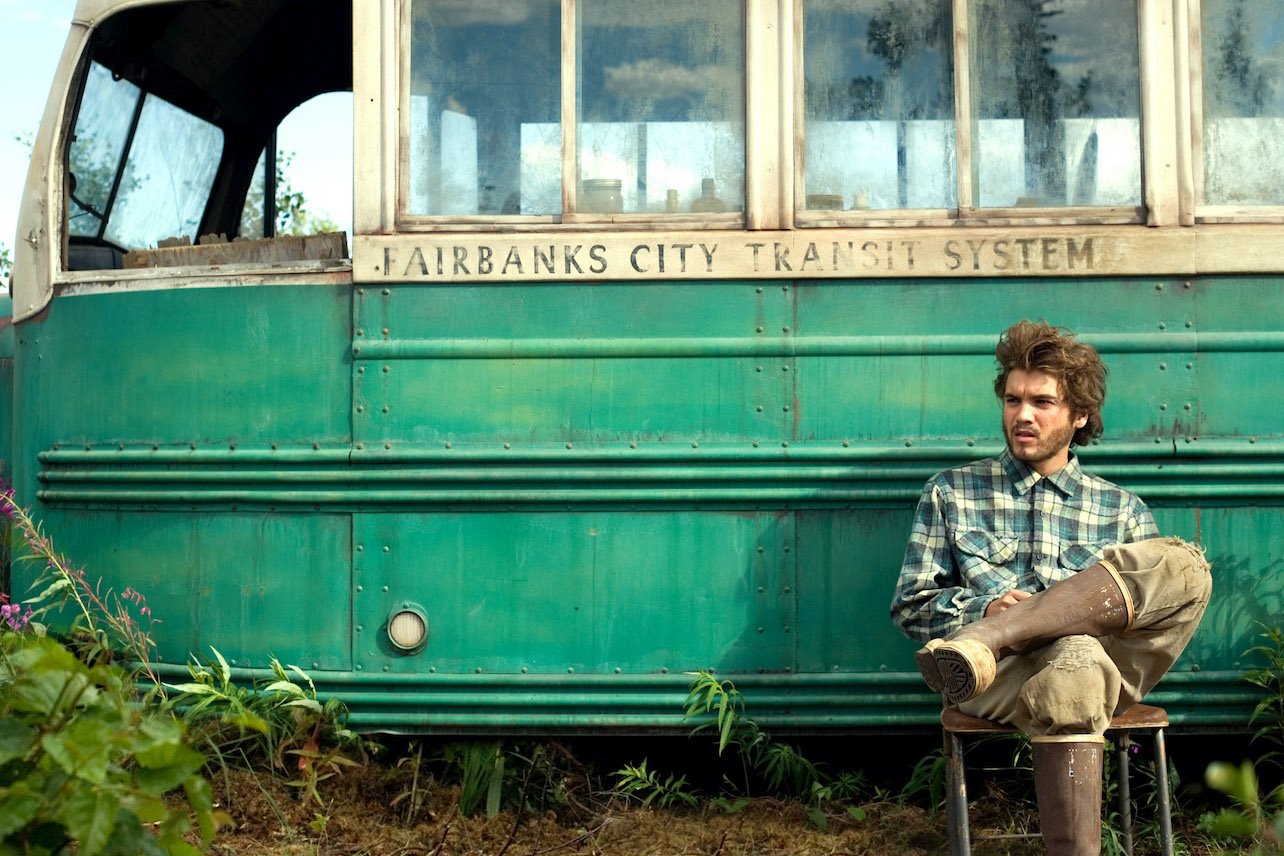 Even though in Nomadland, Fern’s reasons for leaving her lifestyle and hitting the road is vastly different than that of Christopher McCandless, whose final years forms the basis of this ambitious film by Sean Penn, the desire to break free from the chains of the capitalist society is what unites these two films in spirit.

Related Read To Films Like Nomadland: 20 Great Travel Movies For Those Seeking Escapism

Based on Jon Krakauer’s Into the Wild, which charts a 20-year-old Christopher, who would leave his future in law school in search of grace, Penn’s adaptation is remarkable in its honesty and integrity. Add to that Emile Hirsch’s unforgettable embodiment as McCandless who later renames himself as Alexander Supertramp and you have a film for the ages.

Watch Into The Wild on Netflix 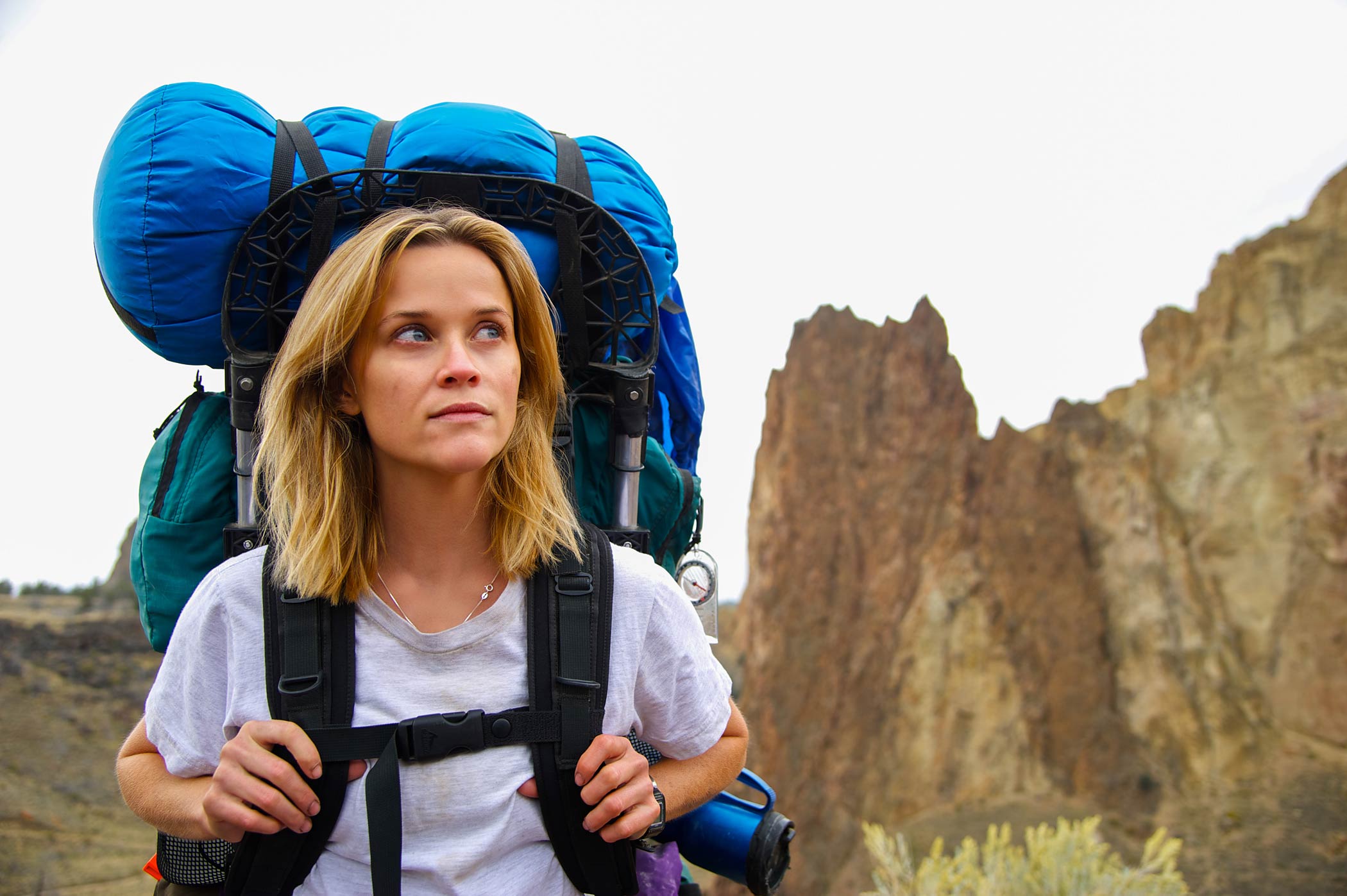 Writer Nick Hornby and director Jean-Marc Vallée teamed up with star Reese Witherspoon to tell this incredible story of a real-life woman named Cheryl Strayed, whose poignant memoir formed the backbone of Wild. Devastated after her mother’s demise, Strayed took a 1,100-mile journey along the Pacific Crest Trail without a hiking experience. Laura Dern and Reese Witherspoon essayed the role of Cheryl Strayed and her mother, Bobbi Lambrecht respectively.

Although Wild falters initially in tethering the audience to the demands of its character’s choices, it manages to gain momentum in the second half. Both Witherspoon and Dern earned Academy Award nominations for their performances. Like Nomadland, Wild is honest and gripping, filled with elegaic visuals to effectively match the tenacity of the human perseverance. 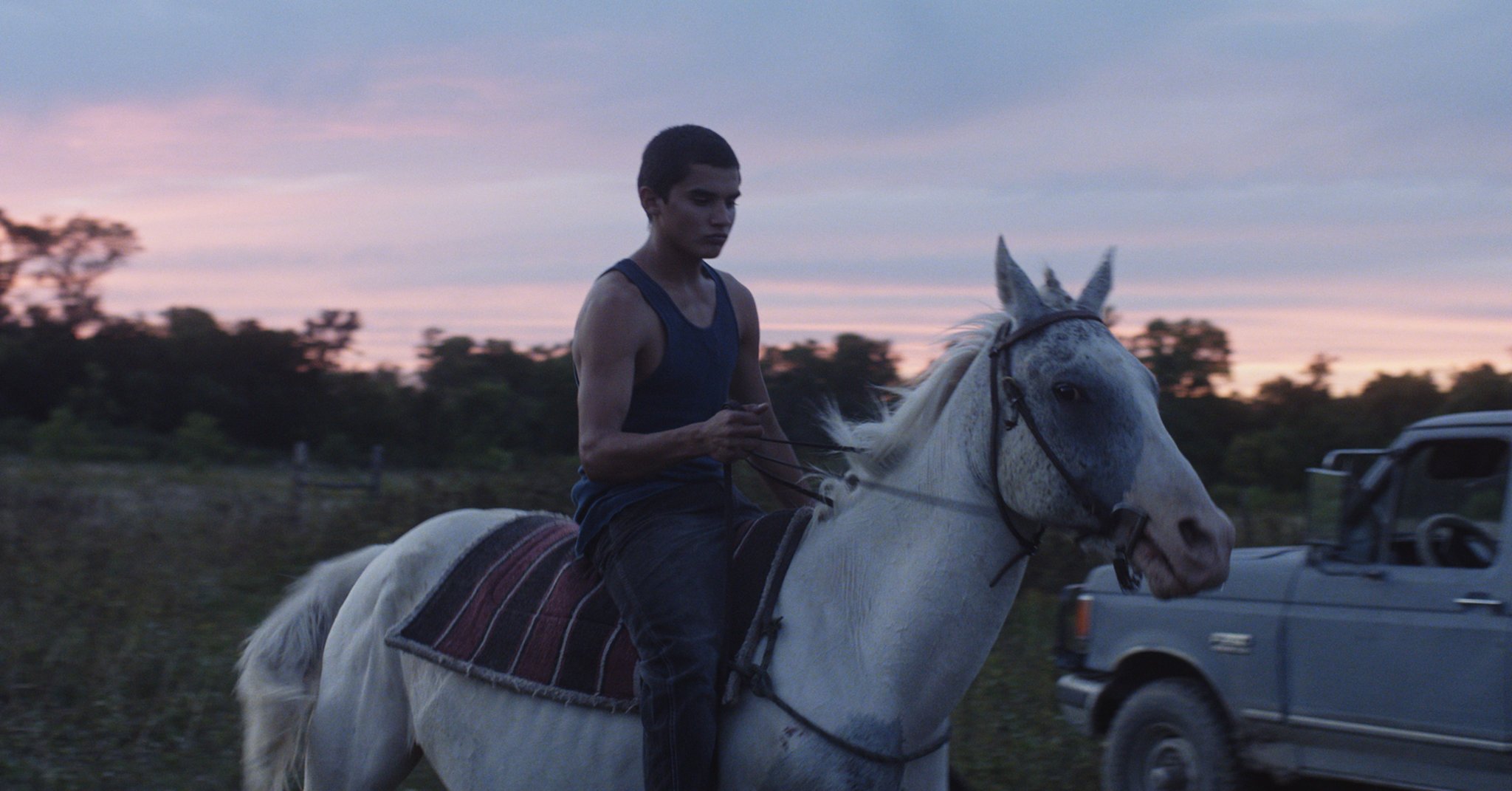 Chloé Zhao’s glorious and underrated debut, which she made just after graduating from NYU, is only a build-up of what Nomadland looks and feels like. The influence of Terence Malik is palpable (as in the homage with the Badlands spa in Nomadland), but Songs My Brother Taught Me is strikingly original and breathlessly alive with a worldview of its own.

Set in the Pine Ridge reservation in South Dakota, it follows John Reddy and Jashaun St John playing fictional versions of themselves as Johnny and Jashaun, with their worlds crashing down with the demise of their father. Johnny decides to leave the reservation, and Jashnaun is devastated at her brother’s abandonment. What follows is a richly observed, captivating story of siblinghood and Native American culture.

Read The Complete Review Of Songs My Brother Taught Me Here. 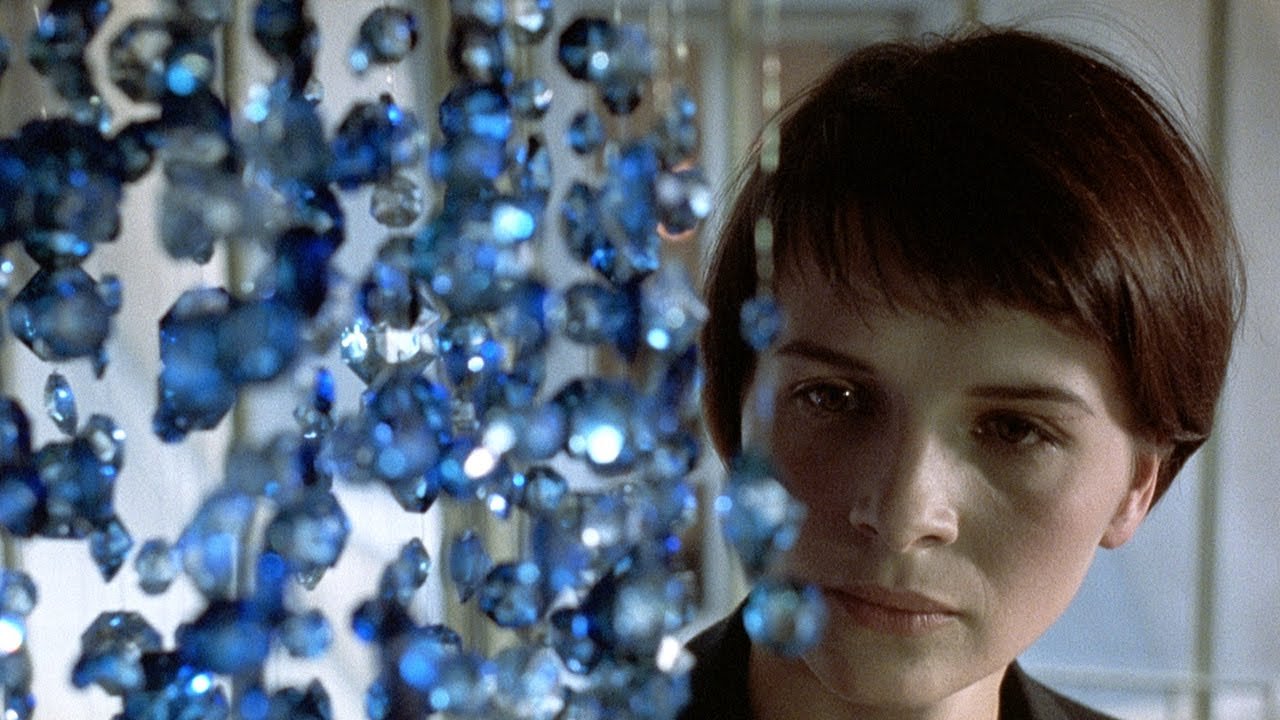 The first film in the acclaimed colors trilogy, Krzysztof Kieślowski’s film, like Nomadland, follows a woman who has lost her family and seeks emotional liberty. Like Nomadland, Blue also won the highly prestigious Golden Lion at the Venice Film Festival. But unlike Nomadland, Blue is hypnotically stylized in sapphire tones by Sławomir Idziak and filled with a operatic score by Zbigniew Preisner, which in turns, is truly overwhelming to experience.

Corresponding to the tricolour of the French and also of the national principles of liberty, equality and fraternity, Blue signifies liberty, Juliette Binoche gives a matchless performance as Julie, and carries the film with her presence alone. There’s enough beauty and power in Blue to grip your senses, but its political undertones of identity and freedom reserved within the character study will last longer in its relevance. 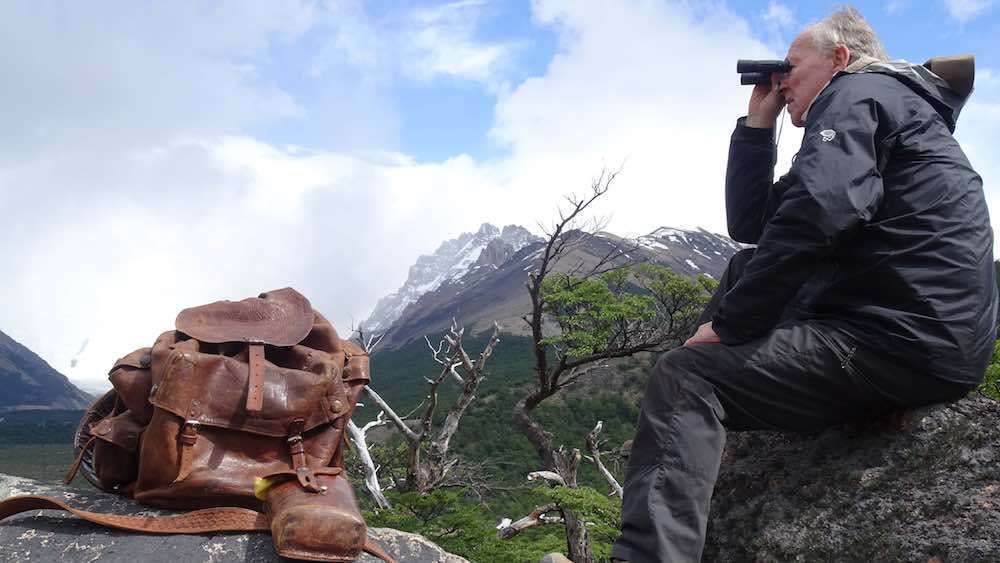 Werner Herzog’s creative collaboration with the late traveller and nomad who passed away due to AIDS in 1989 forms the basis of this intimate documentary. It has interviews with his wife and his biographer, who reveal a man grasping life in all its dimensions- physical, emotional and spiritual; along with archival pictures and audio clips.

Fascinated with the lives of Nomads, Chatwin travelled the world to explore how humans were naturally defined by their restlessness and only settled due to fear of loss. Visually stunning, Nomad is a beautiful and ambitious portrait of a resilient and sharp man attracted to the limitless possibilities of human existence. 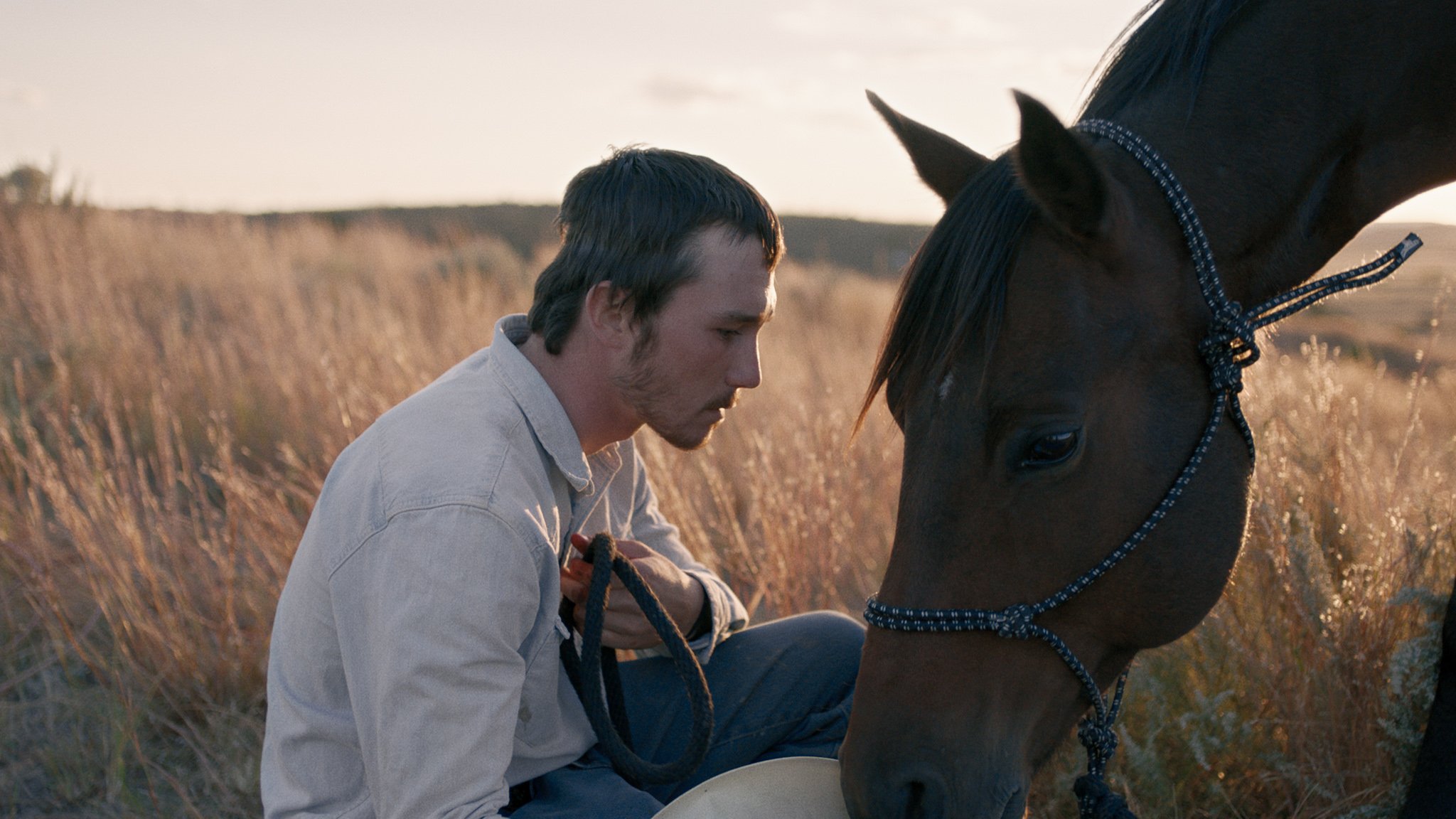 Chloé Zhao’s second feature film is what sealed the deal for producer Frances McDormand who roped in Zhao to adapt Jessica Bruder’s book as Nomadland. The rest is history. In this remarkable feature, Zhao again teams up with real life actors to play fictional versions of themselves. Zhao met the lead actor Brady Jandreau during the shooting of Songs her Brother Taught Me, whose dreams of becoming a rodeo was cut short due to a severe head injury. The Rider was born out of this backstory.

Also, Read: Nomadland (2020) : A Faultless Sublime Epic That May Change Your Life

The horse training sequences are the true highlights in a film that recognizes the heartbreaks and thrills of a man’s efforts in fighting for his purpose in life. “God gives each of us a purpose,” he says. “For a horse it’s to run across the prairie. For a cowboy, it’s to ride.” Compassionate and powerful as it is spiritually nurturing, The Rider is a modern classic that needs to be seen.

Read The Complete Review of The Rider Here.

5 Successful Movies With Their Own Slot Collection

10 Films To Watch If You Love Nomadland