Little Miss Sunshine is a 2006 comedy-drama, that led Michael Arndt win the OSCAR for Best Original Screenplay in 2007 and  marked the film debut of the couple duo directors- Jonathan Dayton and Valerie Farishe, an acclaimed director duo from the Music Video industry.

You see a young, chubby girl- Olive, played by Abigail Breslin, standing in front of a TV and you see the reflection of the new Miss America being crowned on Olive’s huge glasses. Instead of showing, what’s on the screen through a PoV (Point of View) shot, through that reflection shot, the directors (Jonathan Dayton and Valerie Faris) establish the dream of this kid through her eyes, literally. 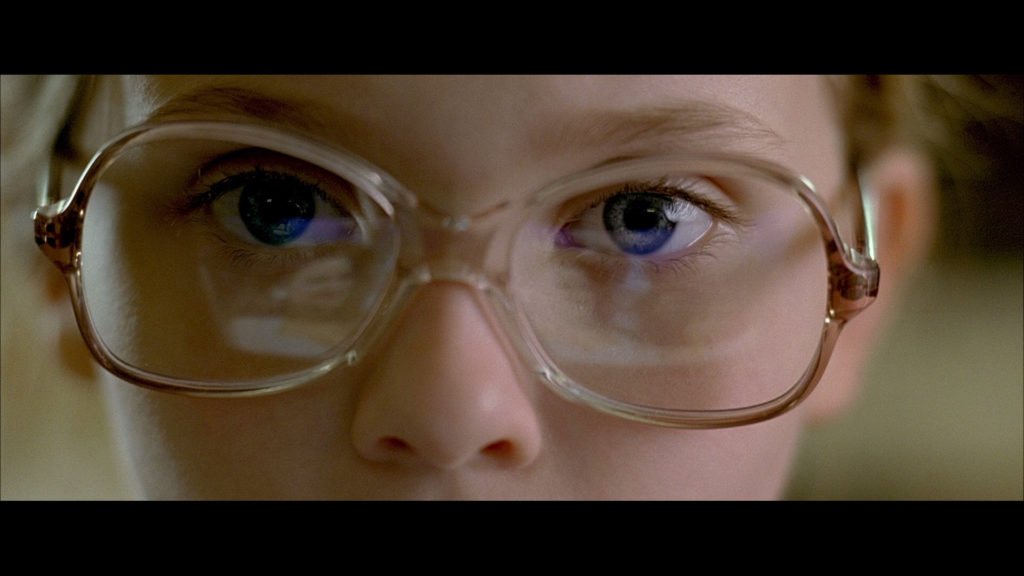 Further, Olive imitating the reaction of Miss America after being crowned, gives away her dream of one day winning a beauty contest herself which is the basic premise of the film.

In that little shot, the directors create the contrast of the dream or the destination Olive wants to reach, which is to win a beauty contest and the reality she’s at, which are her glasses and her chubbiness, that don’t necessary make her a conventional fit in the beauty business.

One of the greatest uses of ‘Fuck’

While, I am sure there must be many entries to win the Best use of ‘Fuck’ in a film contest, I feel that this ‘Fuck’ in Dwayne’s Freak Out scene, is so incredibly powerful, painful and funny all at once, that as a viewer, you can’t help but fuck up all the emotions in a spectacular fashion.

In a brilliantly written scene, this young teenage kid and a devotee of Friedrich Nietzsche, played remarkably by Paul Dano, who’s only dream is to fly jets for which he goes onto the lengths of taking a vow of silence, accompanying his family that he almost hates on a road trip, bearing his father’s constant obsession with winning, discovers that he is colour blind and thus can’t fly jets. This news hits him like a bolt of ligthning, making him lose all the “Zen” and all that bottled emotion and frustration erupts into a gloriously painful FUCK! This mere one-word outburst speaks volumes of the grief that comes with helplessness that is rare to see being portrayed so authentically in cinema.

Catching the audience in a brilliant tragic moment, Michael Arndt, the Oscar winning screenwriter, reminds the audience that the thing we keep chasing all our lives, might never be ours. Period. It makes the character learn to take a fall and with it, breaks the bad news to the audience that, in a world of gruesome competition and materialistic values, the mania that humans often end up entering into, to achieve what they think is their ‘one ultimate goal’ might not be worth being fully engulfed by. It also appropraitely comments on the growing sense of entitlement among young people and what they think they deserve from life or rather, what life owes them.

A funny story about failures

Little Miss Sunshine is a true master piece of Tragicomedy. It seems to be a story of a little girl who wants to win a beauty contest but really, it is a story of dysfunctional members of a family, where everyone is chasing to win some contest in their respective lives. Arndt completely challenges the idea of bifurcating people into two sets of ‘winners’ and ‘losers’ – two extreme zones, cultivated by the society, that is  just not true and is a very problematic idea of success that we put ourselves through. Coinciding with the classic theme of ‘it is the journey that is important, not the destination’ in any road film, the film perfectly juxtaposes the larger message of ‘not equating failures in life with a failed life’.

It is important to note that there is a lot that happens in the film. There are several characters portrayed with intricate character details, individual storylines, plots and sub-plots but the film still manages to not feel chaotic. Most importantly, it is one of those few films that achieve to remain real and still be, for lack of a better term, a “feel good” film, which in my opinion is extremely hard to achieve and exactly what makes the film, marvellous.

Big fan of films, reading, writing, jokes and listening to Bo Burnham's 'Art is Dead' and diving into the emptiness it creates thereafter.

Also, The Office is my jam and so is ironically using pop culture slangs.