“But they are not weirdos. She just said there are some rules and I have to follow them because that’s how they do it. Got it?”: explains Misha, to her boyfriend, over Skype, in the first few minutes of A Certain Kind of Silence (Tiché doteky) by Michal Hogenauer. It seems rather strange the way things begin, but as small unusual things start adding up in the movie, it becomes harder and harder to believe that these are just some uncommon rules and not some really weird cult.

The path of pain

Inspired by the lives in 12 Tribes Cult, the film follows a young Czech girl Misha (soon renamed to Mia), on her au-pair journey to the Netherlands. Her filthy rich, pompous English-speaking employer family lives in the isolated, like-minded community of wealthy individuals. Mia’s most important au-pair choir is to get along with Sebastian – An Arian looking, stoic 9-year-old boy. The catch is if she doesn’t manage to adapt to the prestigious customs of the Seb’s (e.g. washing dishes of different colors with different detergents and sponges) she will be sent back home to Prague.

“A Certain Kind of Silence” plays as a mystery. As we follow two narrative lines – The first about Mia’s life with the family and the other one following her inside of the police interrogation room relating the whereabouts of a young Sebastian. What makes this film stand out is the way writer/director Hogenauer leads us through the story. On one hand, there is a decent amount of misleadings that keep the viewers immersed in the slow-paced, unpleasant vibe. On the other hand, the truth about the morbid cult and why Mia is being questioned form an interesting back and forth that becomes optimal viewing experience that is really rewarding.

The path of glory

One of the best red herrings in the film is actually Seb’s provocative behavior. By getting emerged in smooth looking, minimalist-luxurious home with dominant pastel cream colors and a certain, unusual, kind of silence (pun intended) it is easy to see the boy as just a spoiled brat. Every small step on the way, from Seb calling Mia scum to him trashing her computer, gives vibes of his dominance. Hogenauer gives us even more distractions painting the kids in a certain Arian fashion – With their pure white skin, blonde hair and high-class clothing. 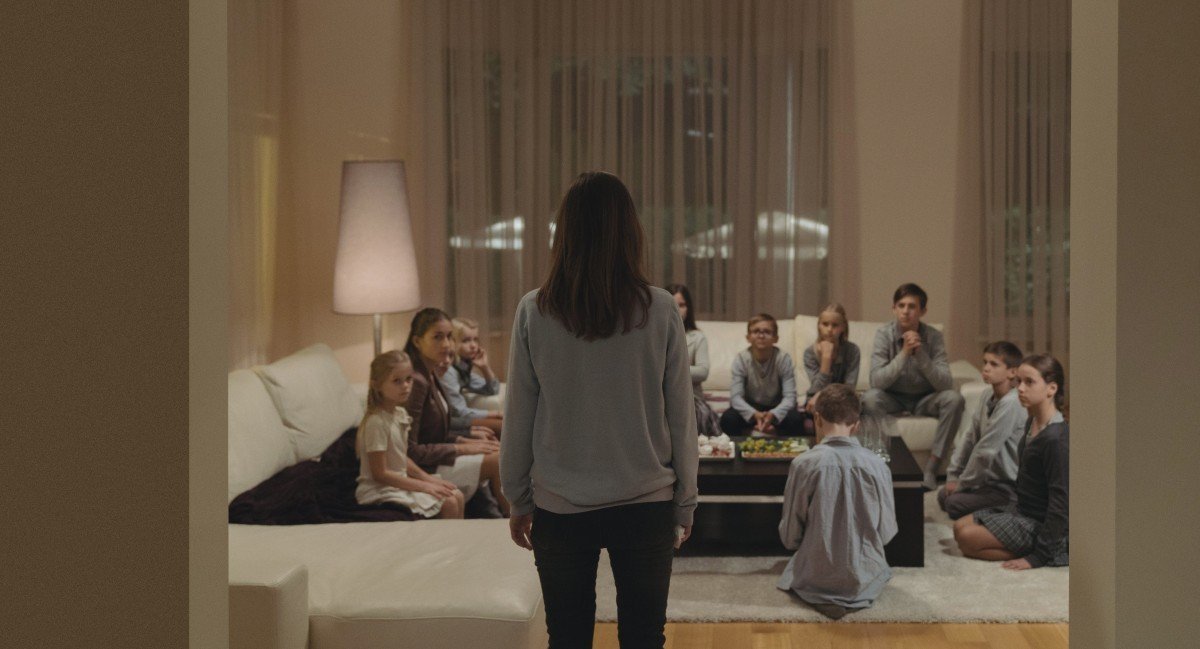 When it comes to the protagonist, her story arch manages to show how indoctrination to a cult actually looks like. “Only a sufficient pain can produce a desired result” is a general cult mantra which simultaneously serves to elevate Mia and all the others in the cult to the prestigious position of the higher class individuals (both physically and intellectually). The path of indoctrination in the film starts discreetly with small, almost unnoticeable things like renaming Misha to Mia. It moves to numerous incidents in a girl’s life. All the way to the people she gets a chance to meet in her new environment.

The truth behind the pain

Overall, “A Certain Kind of Silence” by Michal Hogenauer might be one of the most impressive movies by a debut director in the last few years. It has that rare uncommonly awkward and unpleasant vibe known from Yorgos Lanthimos’s “Dogtooth”. The fact it was inspired by actual events, pushes it to another level of depth. The way the story and acting elevate from casual/clumsy (actually it just looks that way) to cold, shivering and hyperrealistic makes this work even more stunning.

A Certain Kind Of Silence Trailer

The Scoundrels [2019]: 'NYAFF' Review - A Standard Fare Which Could Have Stood Out with a Different Approach