We Are Little Zombies has a very original and intriguing premise. When the kids are unable to cry at the funeral of their parents, they start questioning if sadness really exists. This the story of four orphan kids united by their lack of empathy and nihilism. However, the novelty of premise fizzles out pretty quickly as the film abruptly jumps from the quest for emotions to a rock band story. The film has a sense of childishness to it, and not in an endearing way.

After spending half of its runtime in fleshing out the backstories of four kids, the film starts throwing atrocious musical performances at you. By the time the film ended, I felt cheated. Like a crooked salesman, director Makoto Nagahisa sold me a shitty film with a compelling logline. And that’s the general problem with most of the high concept movies. They rarely deliver what they promise.

Our MUBI Review of We Are Little Zombies (2019)

The film is not about zombies as the title misleads you into believing. The ‘zombie’ is used as a metaphor for the kids who are unemotional and lifeless. It’s also derived from an old Japanese game about the zombies who meet in a graveyard. The film has 8-bit game kind of treatment to it where Mario music serves as a background score. It feels like an unnecessary layer that doesn’t add anything. There are a lot of quick cuts, over the top colorful visuals and goofy humor, something that has become a trademark of Japanese movies. 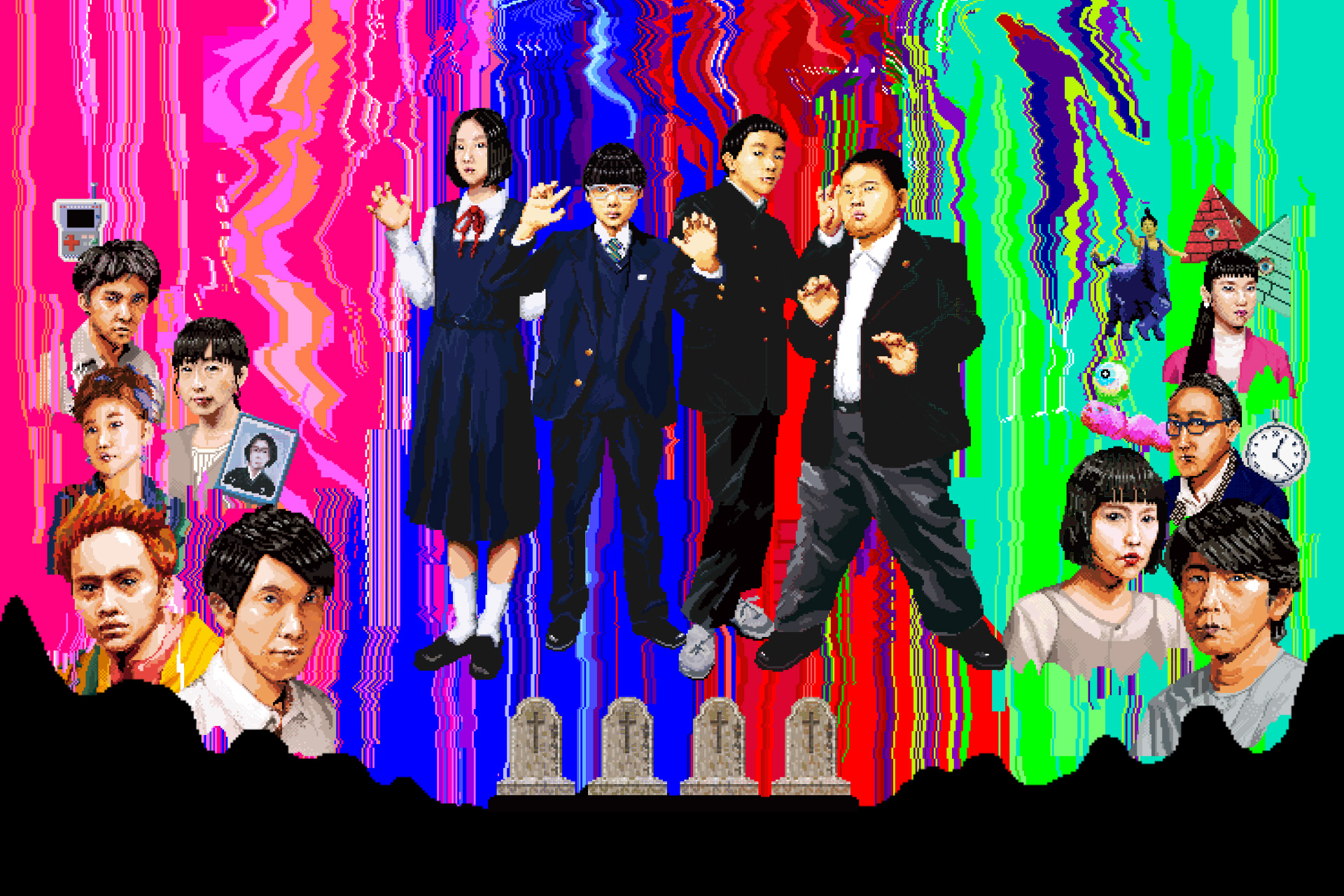 The film opens with a very interesting prologue where the protagonist is ignored by his parents and mistreated by peers at school. His parents were dead to him before they died. He meets other kids at the funeral who all have similar backstories. I’ve no problem with backstory. It’s a common plot device. However, a backstory only works when there’s a sense of curiosity i.e. how did this character end up in this life-threatening situation? This film spends most of its runtime explaining why four kids don’t care about their parents’ death. Halfway through the film, they form a band, within five minutes they become super popular and perform to a huge crowd, in the next five minutes, the band falls apart. As the film progresses, it becomes increasingly excruciating and almost unwatchable.

We Are Little Zombie tries really hard to be cool and edgy, but ultimately, has nothing to say. There is no plot or character arc here. All we have is a collection of cool nihilistic quotes like ‘Reality is too stupid to cry over.’ Or ‘Love is a western concept’ delivered to the tune of an 8-bit video game. It provides some interesting insights to ponder upon but not a compelling movie experience. The film neither works as a philosophical exploration of emotions, nor as a children rock band movie.

There’s a lot of creativity at display here, but it’s in service of nothing. Just like zombies, it’s a hideous soulless entity that looks like a movie but isn’t one.

‘WE ARE LITTLE ZOMBIES’ PREMIERED AT THE 2019 SUNDANCE FILM FESTIVAL UNDER THE ‘WORLD CINEMA DRAMATIC COMPETITION‘ SECTION.
CLICK HERE FOR OUR COMPLETE SUNDANCE COVERAGE.

Bird Of Dusk [2018] Review: A Crafty and Celebratory Look onto Rituparno's Reality