We Are Little Zombies (2019) – The Absurdity of Coming-of-Age: On their way back to Hikari’s apartment, the four children, who earlier met at the crematorium, are shown to be in a conversation about video games and adventure. They suddenly realize that they are stuck inside a green taxi, right at the heart of a busy crossroads in a city, while people are hurrying past them as if they were invisible. The absurdity of this scene precisely points towards the chaos that teenagers are in, especially in the case of these young protagonists – Hikari, Yuki, Tm Ishi, and Ikuko – who are thirteen years old and have recently lost their parents to unnatural deaths.

Teenagers popularly occupy an uncomfortable, in-between zone between adulthood and childhood, an experience that they happen to describe as being neither dead nor alive in the film and seem to identify most naturally with a zombie. On thinking about it, no adult can deny having gone through these feelings at some point during their own teenage years.

Also Read: Our Sundance Review of We Are Little Zombies (2019)

We Are Little Zombies, which won accolades across several film festivals in 2019, including the Special Jury Award for Originality at Sundance in the same year, plays out like a psychedelic dream in some parts while mostly being a wry but humorous social commentary, dipped in dark humor. The journey that the children undertake is a musical bedlam, yet what emerges, in the end, is a simple word of wisdom, in contradiction to the movie itself, which goes as follows – “Life goes on, undramatically.” At this moment, Makuto Nagahisa, director and screenwriter of the popular short, And So We Put Goldfish In The Pool (2016), which also deals with the actions of four teenagers, highlights the crux of coming-of-age – a forceful reconciliation with teenage, the age where every human being is a ‘zombie but alive’.

The movie begins with Hikari’s point of view about his parents’ death. The narration of his own experience is riddled with small, humorous moments that serve to nullify and exemplify the idea of losing one’s parents at such a young age. He declares that no one will understand him so he won’t cry and this inability to show his emotions, a condition that seemingly manifests in all the three other children and their respective narrations, makes him a ‘zombie’. 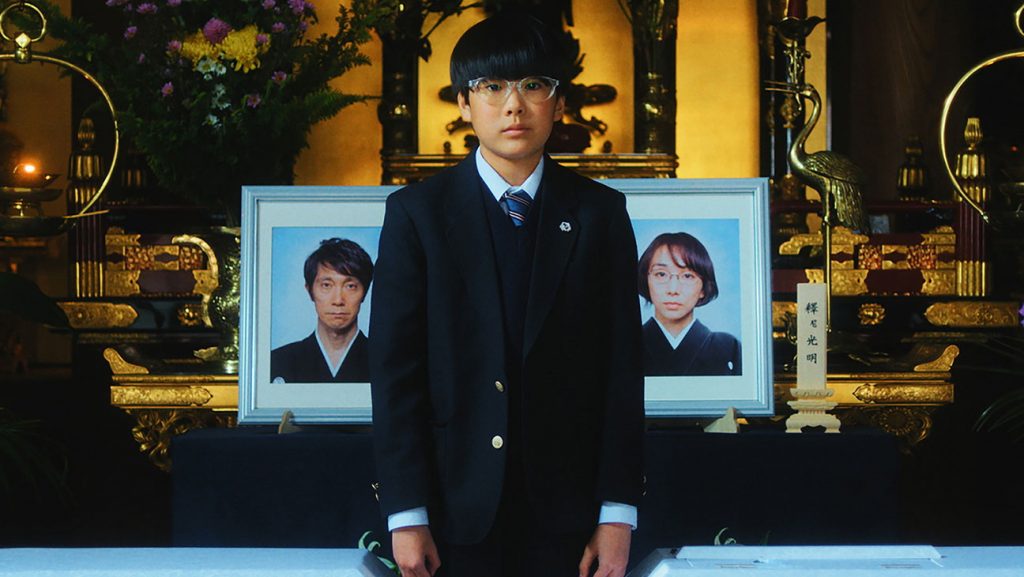 The recollections of their past lives highlight the loneliness, the abuse, and the guilt that each of them had to go through when their parents were alive. Their emotions, like all teens, are intense but lack the ability to be expressed with naturalness. Hence, they pour out into their loud, chaotic music and on the clothes they wear as band members of We Are Little Zombies (yes, that’s also the name of their band!).

Unable to love and apparently incapable of being loved, the four teens seem to march through the movie almost mechanically, like characters in a video game. In fact, the movie has been carefully juxtaposed with a video game, We Are Little Zombies (yes, again), that Hikari is addicted to playing. Their zombie-ness is capitalized upon by their band manager for the promotion of their band’s music.

In one of the scenes, Hikari admits in front of the camera that he wishes to kill the coach driver who was responsible for his parent’s death and this wish was what drove him through life. His band manager instructs him to put off his emotions because it would harm the success behind their music. They also perform one of their songs from their music album, Who Killed Them?, against a CGI backdrop made of their parents’ memories but in a disconcertingly, detached manner.

Their life-meets-music scenario appeals to the listeners and makes them a huge success. This aspect of being a ‘zombie’ is also explored in various other ways. In the scenes at the railway station, adults in formal clothes with their eyes glued to their mobile screens walking around like zombies is a beautiful commentary on how technology has enslaved us to it, drawing us into a vacuum within the real world itself. It also comments upon the daily drudgery that adulthood calls for, lacking in adventure and energy – a truth that these young teens are yet to encounter in life. 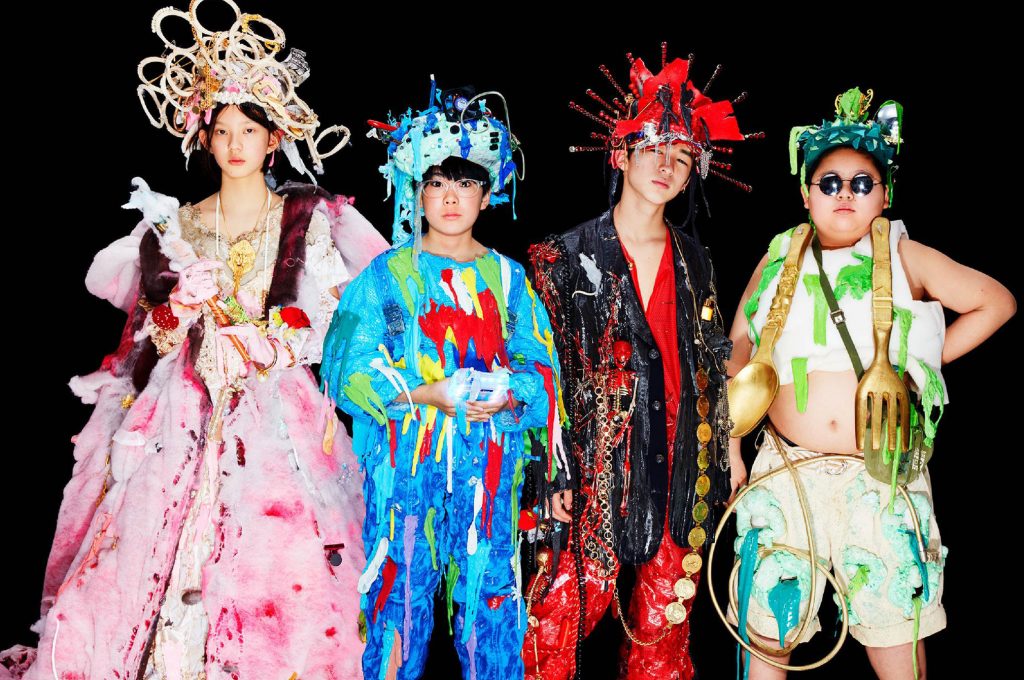 The four protagonists constantly feel the itch of this in-between teenage self, stuck between the adult world and innocent childhood. They can neither elevate themselves to the former nor can they try and go back to them later. When they decide to end their band and burn their musical instruments, they decide to enjoy a normal childhood. However, they soon realize that it was beyond them because they were ‘zombies’.

When they enter Hotel Dreamland for their night stay, they pretend to be adults and are enchanted by the colors, the comfort, and the pleasures that this life calls forth but they are soon jolted to reality when they overstay their time in the hotel and run out of all their money in paying the compensation fees for the same. They contemplate being homeless on the streets while taking refuge in a bleak construction site – another metaphor for the teenage years.

Similar to We Are Little Zombies (2019): Sing Street (2016): Fractured Lives and Broken Dreams

Music also becomes an expression of their pent-up emotions. It was heartfelt to see each of the teens choose to keep one item from their past lives and they decide to use the same to make music. This also suggests that they will ultimately be able to reconcile with the traumatic events of their past life and move on with them in the course of their journey. As the film draws to a close, they can be seen coming to terms with the idea that zombies can have emotions and decide to call themselves ‘zombies but alive’ – an epiphany that is as relieving to the audience as upon the faces of the young protagonists who otherwise wear a cardboard expression throughout the film.

The best thing about We are Little Zombies, however, is that it does not try to explain teenage. It only draws several parallels with the same and successfully enters into the minds and the thinking processes of the current generation of teens. It plays out like visual poetry as well as palpitates with the confusion of death, pain, and grief as it affects these teens. The right cocktail of reality and absurdity, like the interior of the Dreamland Hotel, manifests in disorder, escape, and illusions, the true, ‘grey’ spirit of life itself.

We Are Little Zombies is currently streaming on MUBI India

We are Little Zombies Links: IMDb