Indian Predator: Diary of a Serial Killer [2022] ‘Netflix’ Review: There is no explanation for the brutal murder of so many innocent human beings. Or cannibalism. Yet I stand conflicted about this documentary. Because that is what it is meant to do, it tries to explain why Ram Niranjan, a.k.a Raja Kolander (which translates to King of the Kols), committed the crimes he committed. In this attempt to do so, very few people grasp a couple of concepts that Raja believed were his birthright. Murder, for him, was part of his spiritual practice that helped him perpetually think he was the one soul in control above all else.

Tainted, fierce, and gruesome is what he was. Paradoxically, his image is that of a saint. Only until Dheerendra Singh, a journalist, goes missing. When the Police track the last call on Dheerendra’s cell phone to a landline, they discover a District Council member named Phoolan Devi. Her husband is Ram Niranjan, a.k.a Raja Kolander, an official in a government building. Being a generous money lender, the re-telling of his heinous acts portrays Kolander’s story, including his family, the victim’s family, and who surrounded the matter. With sadism at a high peak, Director Dheeraj Jindal teeters on the edge when he sits with Kolander himself and gives us the chills. It is difficult to see Raja Kolander as human after knowing he is capable of such acts. 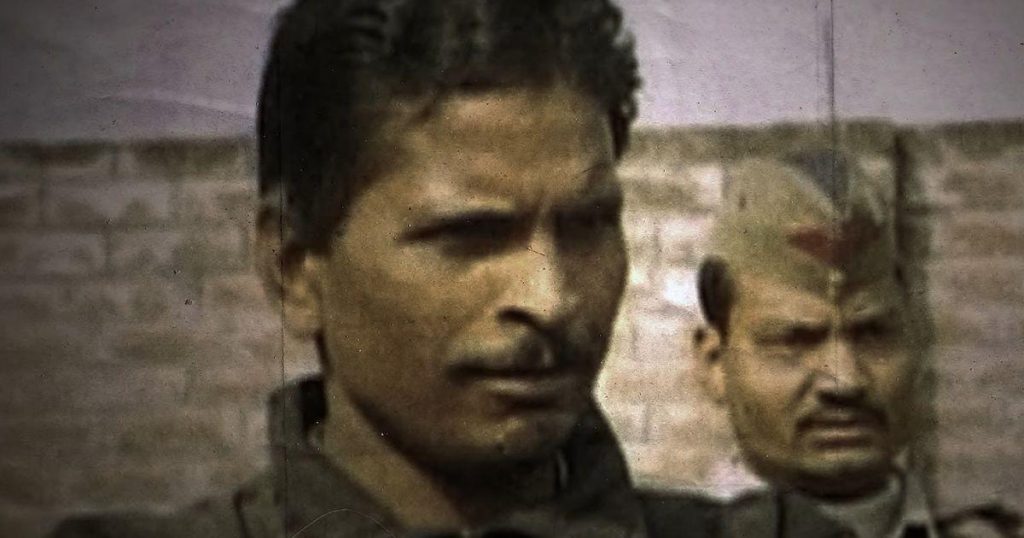 With the crew (which is not revealed) slowly moving around Unnao Jail, Uttar Pradesh, we hear stories of different kinds from different personalities around Raja Kolander. His children are in complete denial of the fact that their father killed 14 people. They do not believe he was curious enough to crack open the skull to boil the brain and drink its soup when in fact, he did. Only on being interviewed he denied these allegations. By naming his children Andolan (protest), Zamanat (bail), and Adalat (court), he wished to embody a system of authority that he had sole authority over.

Each frame poignantly portrays the darkness surrounding the matter. The narrative follows a dark hollow that we seem to fall into, which they claim is Raja’s world. A world of intentional killing to gain power and authority by first befriending and then assuming complete control. The verdict is based on Raja’s tainted ideas of right and wrong. India Today Originals Productions takes us through an uncomfortable watch in Season 2 of Indian Predator, where terror comes knocking at your door if you live in an area like Prayagraj (Allahabad).

It is difficult to put into words whether this was an engaging documentary film, but viewing it is necessary for any Indian. Certain incidents show certain people made the right choices, but my dichotomy lies in whether it had to be three parts where some matter seemed repetitive. This three-part series shows nothing but gruesome ideas of a man whose world is a dark abyss. Contrarily, in the eyes of the world, he is a man of service. Nevertheless, it is a recommended watch, and somewhere, in the back of your mind, it is required that you ask the same questions I ask. But that is only for you to know.

Indian Predator: The Diary of A Serial Killer (2022) Netflix

Where to watch Indian Predator: The Diary of a Serial Killer

Trenque Lauquen [2022] 'Venice' Review: A Curious Mystery That Paints A Fragmented Portrait of a Woman