Film-makers from across the world have dramatized the tragic trauma inflicted on the family after parents announce their divorce. Divorce draws a crack in the familial relationship that could alter the course of life for an entire family. It gets even more devastating for children if they are young and have to choose between the parents. Asghar Farhadi’s Iranian masterpiece ‘A Separation’, a mumblecore pioneer Noah Baumbach’s ‘The Squid and the Whale’, Alan Parker’s ‘Shoot the moon’ are a few films having this distressing event as a narrative thread, bringing out the psychological and emotional nuances of a family from a different cultural and social ecosystem that renders a unique perspective. 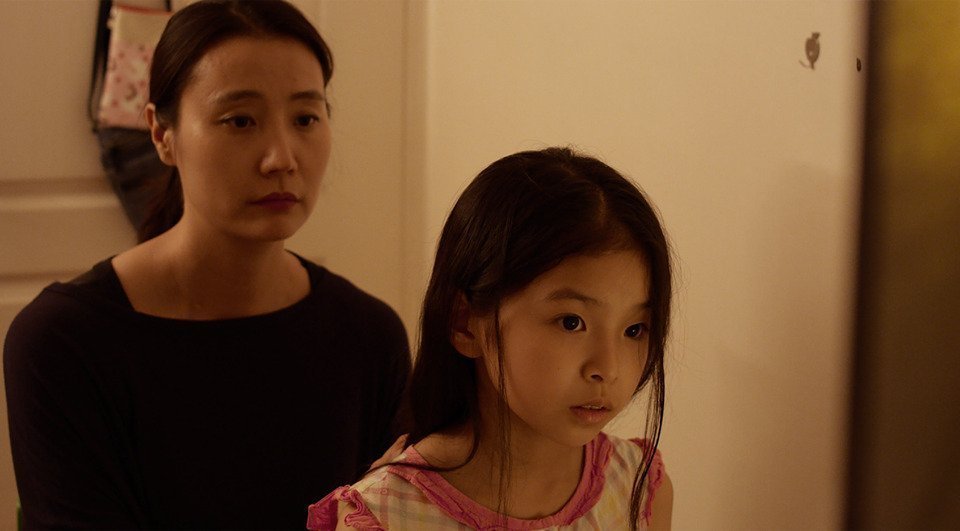 KIM Sol and LEE Jihyoung directorial Korean film ‘Scattered Night’ base the plot on this unfortunate event but they give an intimate and internal perspective from the children’s point of view, especially from the youngest daughter Sumin, with no melodrama and glossy arc to feel their state, or with no resolution at the hindsight.

‘Scattered Night’ opens in the living room, flooding with the sunlight and a real estate agent showing around the house to a potential buyer. Sumin looks confused and her puzzling eyes wander looking for an answer. The scene perfectly defines the plot of the film, but Sol and Jihyoung deconstruct the narrative to probe deeper into the emotional and behavioural understanding of the shifting family dynamics that leisurely unfolds. The film keeps Sumin at the vantage point, and her inquisitive nature and innocence drive the narrative. She is curiously analysing everyone in the family.

The writer, LEE Jihyoung, draws us into the family with her nuanced writing like a Sumin’s birthday scene that reveals about interpersonal and intrapersonal sacrifices and compromises the parents did to make their relationship work. The writing does not fall to any genre tropes. It never decorates with the flabby sentimentalism. It rather invites the audience vicariously to discern the characters.

Sumin and her brother, Jin-ho are written with equal curiosity and candour that makes them emotionally vulnerable to the collapsing family crisis. But what makes Sumin even more worrisome is the division of the family, and especially who will go with mother and father. She is constantly torn between deciding which parent to live with and trying to bring the family together again. While the parents are more involved in their intrapersonal complications and finding a way out through the situation, they seem almost abandoning their kids for their selfish gain.

Direction by KIM Sol and LEE Jihyoung is meticulous without barging in into the space of the family to make it appear like they are acting out the drama. The film-makers never rush for an expository explanation to explain the undergoing feelings of the characters. It is enough observant to keep you aware of the state of characters but otherwise contemplative to involve us in the events unfolding to reach a conclusion.

The visual of the film is minimalist and colours are muted that creates a melancholic feel to it. The camera composition is swift and static to capture the tension in its rawest form. The third act is a masterstroke and deservingly left an open end. Scattered Night is a vivid dramatization of an event that would be hard to resolve, hence the ending feels earned rather than a modern art hour gimmick.

Scattered Night (2019) is an intimate and intricate portrayal of a collapsing family seen through the eyes of naive but smart Sumin. It doesn’t succumb into providing straightforward answers to an emotional quandary.