The filmmakers down in South of India (Tamil, Telugu, Malayalam and Kannada film industry) are experimenting with the mystery genre. From the young breed of film-makers to an experienced one. But most of the murder mystery films suffer from the incoherent narrative structure to address the serious socio-political issues. It leads to superfluous subplots that distract from the actual plot and relies on the juvenile twist. It also leads to an unnecessary exposition of the retelling the crime in the third act of the film.

‘Ratsasan’, ‘Dhuruvangal Pathinaaru’, ‘Thadam’ are a few of the films that suffered from the above issue. Kavaludaari could have fallen to the above trope and be in the same brackets as the above films. But Hemanth Rao, one of the writers of Sriram Raghavan’s Aandhadhun and director of family drama Godhi Banna Sadharana Mykattu, stays away from the glittery expositions and redundant subplots and manages to make a coherent film even though it has issues.

Aandhadhun featured in our list of The 10 Best Bollywood movies.

Check out the trailer of Kavaludaari.

The prologue of the film shows a murder in the Archaeology department back in the early 70s. It then cuts to the opening credit montage which is pièce de résistance. The black and white animation with a pulpy pop song in the background sets the tone of the film. The lead protagonist of the film, a young traffic cop Shyam, gets obsessed with solving a case involving the skeleton of a family during the road construction. Shyam has personal and professional issues. He is not able to find a bride for himself. And he is not able to convince his superiors to make him a police officer. He independently starts the investigation the skeleton case even after his seniors denying him permission. 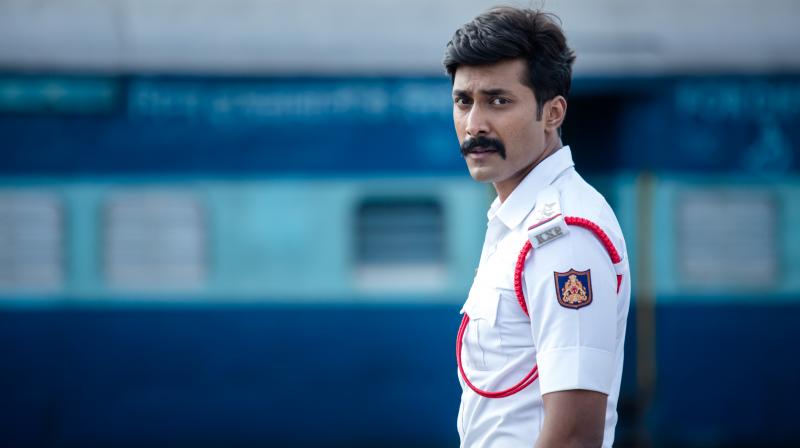 Hemanth Rao tries to neatly weave the inner working of politics with the murder and corruption, he layers the narrative with an underlying moral dilemma of a do-gooder cop. The socio-political metaphors are in abundance. The visual of the film has low key lighting in the night with a stark contrast that renders a noir feel to the film. The only issue with the film comes at the end of the second act that almost ruins the film. The heavy exposition and retelling of the crime don’t sync properly with the narrative that is otherwise driven by visuals and performances alone.

Rishi squarely carries the film on his shoulder. He doesn’t come out as a messiah cop that most of the films fall prey to, rather Hemanth roots him in the realism. Anant Nag is a revelation in the film. He internalises Muthanna’s agony and wound that left him badly hurt forty years ago, and make it apparent using his eyes and body language. He is a natural actor who could make a mundane scene engaging.

Kannada film Kavaludaari, directed by Hemant Rao, is a layered crime drama weaving the fundamental human emotions of greed and obsession into the shades of aspiration that we thrive on. Even if the third act feels tonally inconsistent, the film never resorts to needless subplots and incoherent storytelling.