The Mentor [2020] Review – Meta-cinema at it’s most pretentious

The low-budget aesthetics of ‘The Mentor (2020)‘ are not the problem. In fact, it could work as a great supplement for something that wishes to self-critic the very foundation of the medium. However, debutant director Moez Solis coaxes the narrative into a mess that uses it’s self-critic to power up all its possible drives. In doing so, he presents a rather pale, ill-conceived, and poorly performed indie that is just erupting into a void that doesn’t seem to form a union with its idea or arcs.

The film opens with Nilah (Brandi Nicole Payne) – an aspiring filmmaker looking for a helpful eye that can push her towards successfully scripting and making her first feature. Despite trying her best to seep in, she simply isn’t able to get into the movie system. That is until she stumbles onto her idol Claire Adams (Liz Sklar) – a strong feminist filmmaker who has a clear ‘Herzogian’ vision for her small films. As Nilah saves her from what could have been a fatal accident, Claire decides to spend the day mentoring her as much as she can.

Similar to The Mentor – Meta-Humor: A gift or a curse?

The duo starts talking and soon reach the movie library. However, before Nilah could expand her shrouded vision about filmmaking any further, the two of them are kidnapped by a crew with bird masks. Soon enough, the day of mentorship turns into a nightmare – both for Nilah who wished to amp up her filmmaking abilities, and Claire who is supposed to give an acceptance speech for an important indie-spirit award. 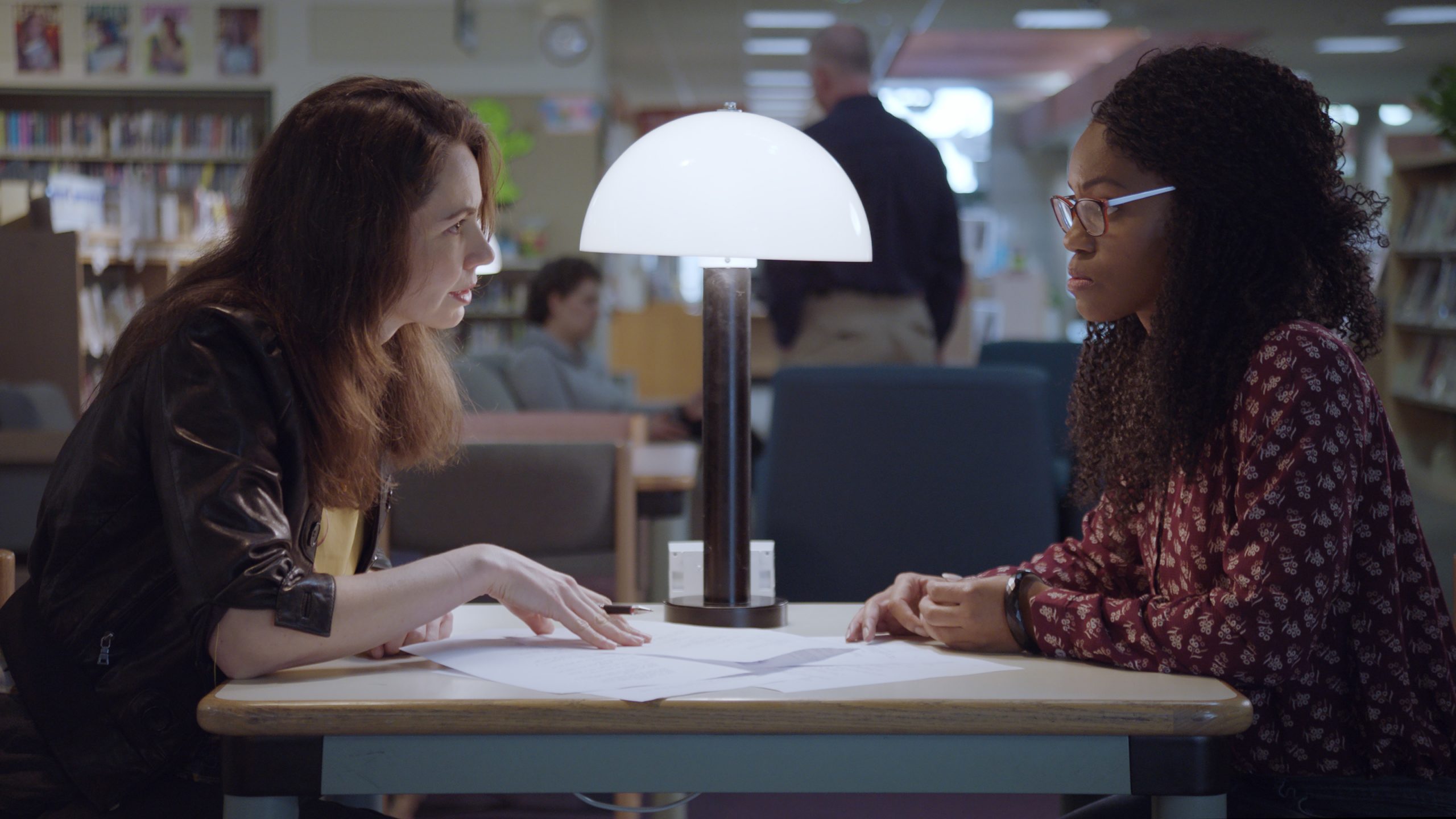 The Mentor is everything anti-establishment. It is a self-proclaimed anti-kidnapping movie that constantly wishes to anti-choke its viewers with agenda nullification. In doing so, it also becomes an anti-movie that is so hell-bent on breaking the rules, structure, and narrative of filmmaking that it literally spells out every move it is making so as to also come off as a critique of it’s anti-critic. In doing so, director Moez Solis takes out his frustration with the hostile film industry to construct an anti-moral tale that doesn’t end up saying anything even though it uses too many words in too many expositionary-styled dialogues.

For instance, the bird-masked kidnappers are supposed to be representations of producers – literally spelling them as vultures who egg the writer and director with their constantly disruptive comments. In one sequence one of them causally tells that the film we are actually watching is filled with narration because the director wanted to increase the runtime. In another, we see one of the characters talking about disregarding screenwriting books and their sense of structure while The Mentor itself follows the same repetitive beats that it wishes to critique. It is almost like Jay Baruchel’s ‘Random Acts of Violence‘ critiquing the slasher genre’s moral compass while also being a blood-splattering slasher film on its own. There are no grounds for their critiques and the lack of cohesiveness in The Mentor never actually works.

Also, Read – Here’s why the cynical re-examination of Fight Club (1999) is lame

It is clear that the director wishes to talk about the heights filmmakers go to when they are trying to make a film. The constant references to Herzog’s ‘Fitzcarraldo’ and his treatment of crew members and other people involved with the making of the film are in many ways completely immoral.  So, The Mentor is supposed to be a question where you have an out of body experience of what it’s like to be subjected to extremeness just so a film could be made. However, in trying to bring out this subtext, the director completely gets lost in a poorly written and constructed drama that wants to be a comedy, a genre film, and more – while also being a frustrated departure from the aforementioned. 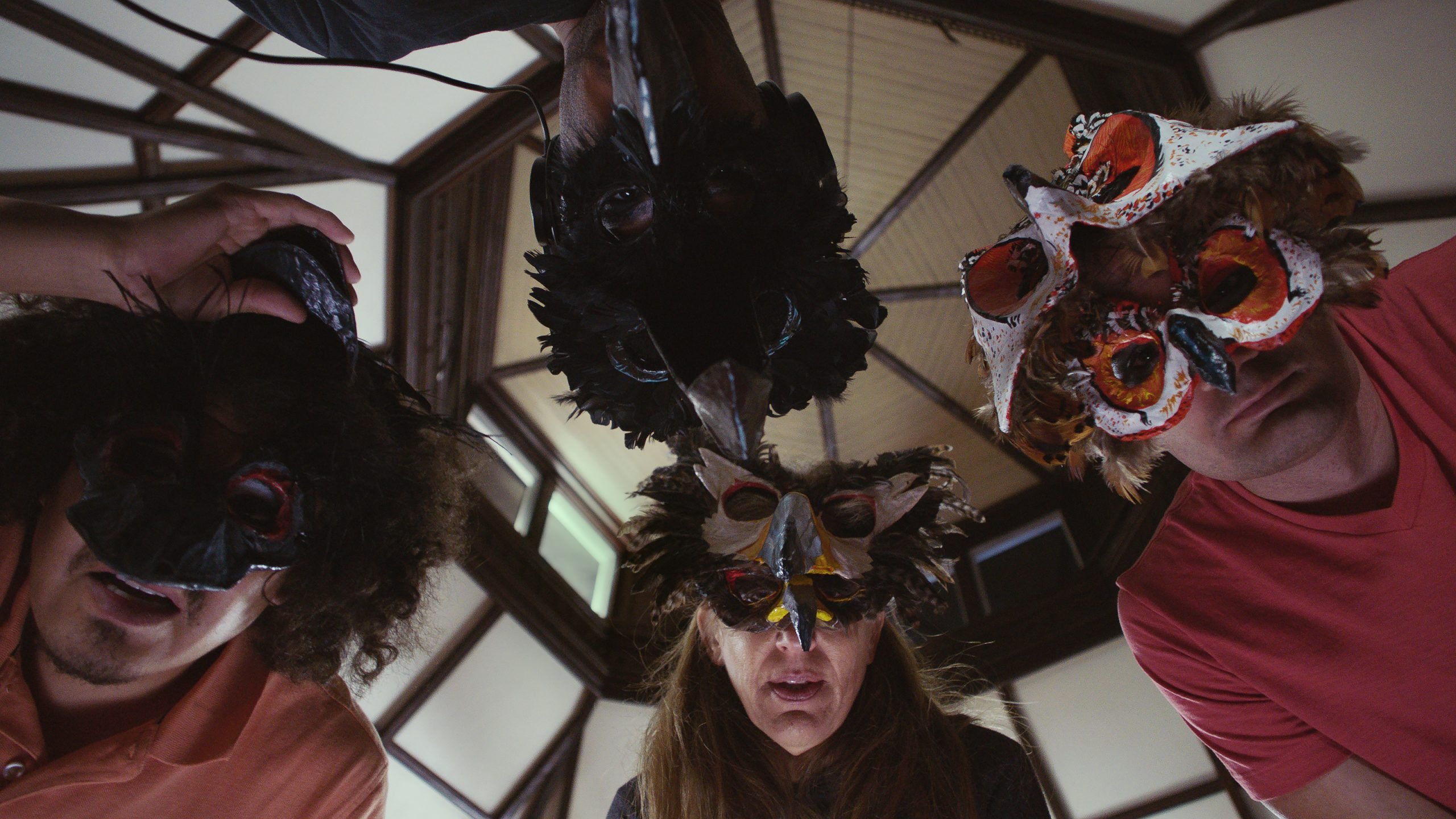 Even though the acting is completely passable and hardly the part of the film that needs work, the dialogue is just obnoxious and lazy. Also, wherever something eruptive happens in the film, it is as if every single person of the crew on and off camera loses to it and just swiftly motion past it so that something ‘passable’ and ‘watchable’ is made out of it. To top it off, there’s a constant, frustrating, and almost too on-the-face self-awareness to the proceedings that doesn’t necessarily help it in any way. Resulting in one of those pseudo-movies that bombards the audiences with movie-making jargon so as to make them surrender to its absurdness. The Mentor (2020) thus becomes a representation of meta-cinema at it’s most pretentious.

Stream The Mentor on Tubi TV

The Mentor [2020] Review – Meta-cinema at it’s most pretentious