Jay Baruchel’s ‘Random Acts of Violence‘ has a lot on its mind. It wishes to single-handedly reinvent the slasher genre as something that stems out of a moral and ethical code. At the same time, it wants to be a slasher film with a clever meta touch to its narrative. While it somehow bounces on its lofty ambitions, it fails to elicit a strong reaction from the viewer – failing to completely hit the bullseye with its critic of the glorification and fetishization of cruelty in any art form.

Todd Walkley (Jesse Williams) is a writer of the infamous ‘Slasherman’ comic-book. The widely acclaimed comic-book is now considered a cult-favorite among fans who simply can’t wait for the next adventure of their favorite anti-hero going on a killing spree. However, Todd has decided to end the series and the issue for good. The only downside is, he isn’t able to come up with an ending. His supportive wife Kathy (Jordana Brewster) ensures him that it will come to him once they take a road trip for the New York Comic-con from their home in Toronto. 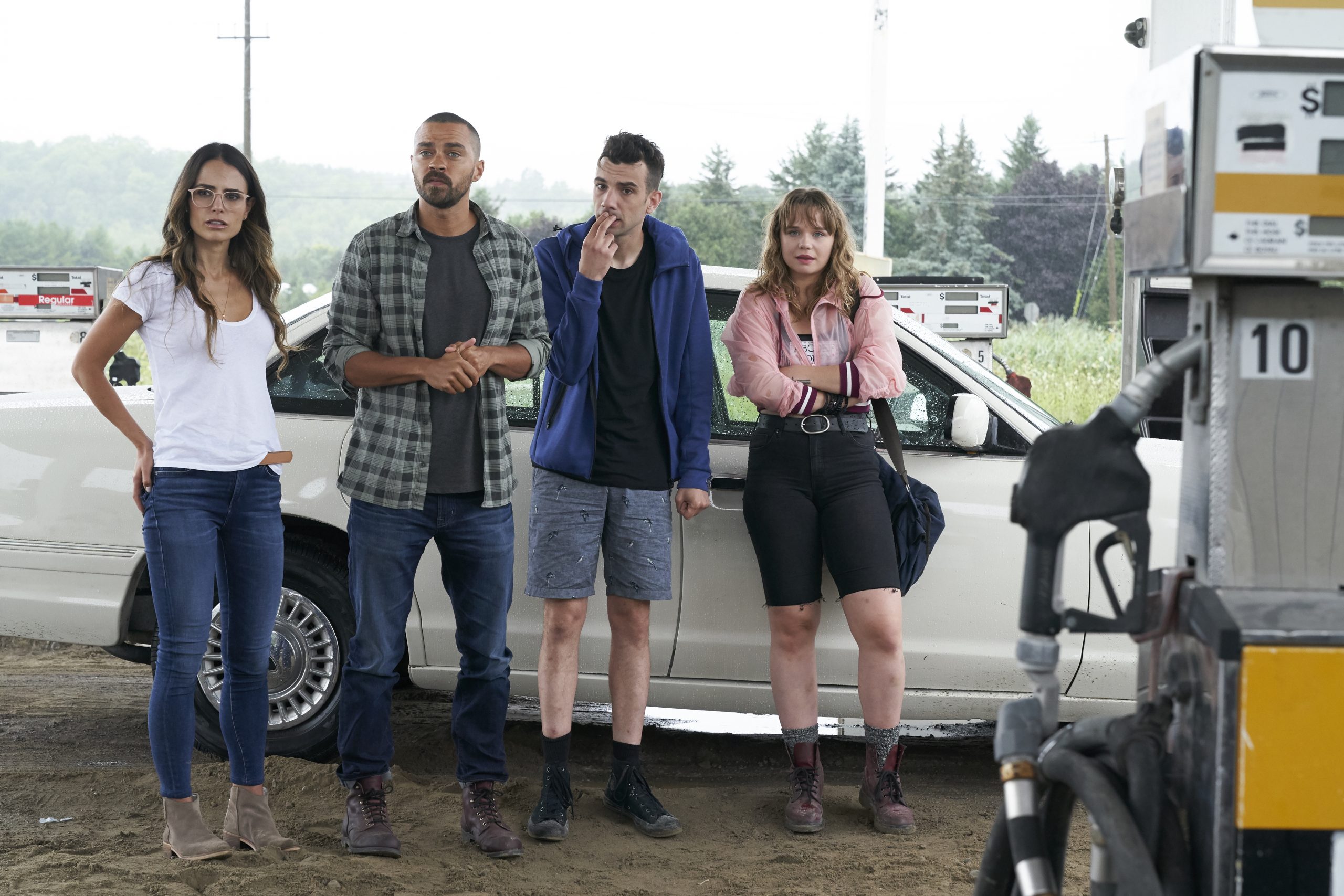 As they travel along, strange and unfathomable deaths start happenings around them. Soon enough they realize that the gory deaths imitate those that Todd has written and glorified in his comics. The killer is now trying to bring ‘life imitating art’ into a real-life situation. Todd is haunted for the first time when he realizes that that art that he is trying to put out there is causing pain to real people. His wife’s quest for the truth behind the victims starts playing up to him up close as he harkens back to the origin of it all.

Co-written by Jay Baruchel and Jesse Chabot, ‘Random Acts of Violence‘ is based on a comic of the same name by Jimmy Palmiotti and Justin Gray. It is director Jay Baruchel’s meta-critic of the genre that he is also trying to portray. He is constantly questioning why we, the audience enjoy gruesome slasher films – especially the ones where women are killed mercilessly over no reason whatsoever. The misogynistic, overt glorification of violence has thus become a pop-culture phenomenon. Be it in films, video-games, or comic books, all this cryptic violence has to lead to a generation believing in them as acts of entertainment while blinding themselves with a clear lack of moral compass.

It is visible that Baruchel is in love with the genre himself. However, he wishes to condemn what it stands for in the modern world. It has now become a reason for venting out anger. Since most of these serial killer films and stories usually dive into the reason behind the evil by victimizing the killer rather than the actual victims of the crime, these stories confuse audiences as to where exactly their moral compass needs to be. With ‘Random Acts of Violence,’ the director wishes to reinvent the slasher genre by criticizing it’s very core that also needs to be human. 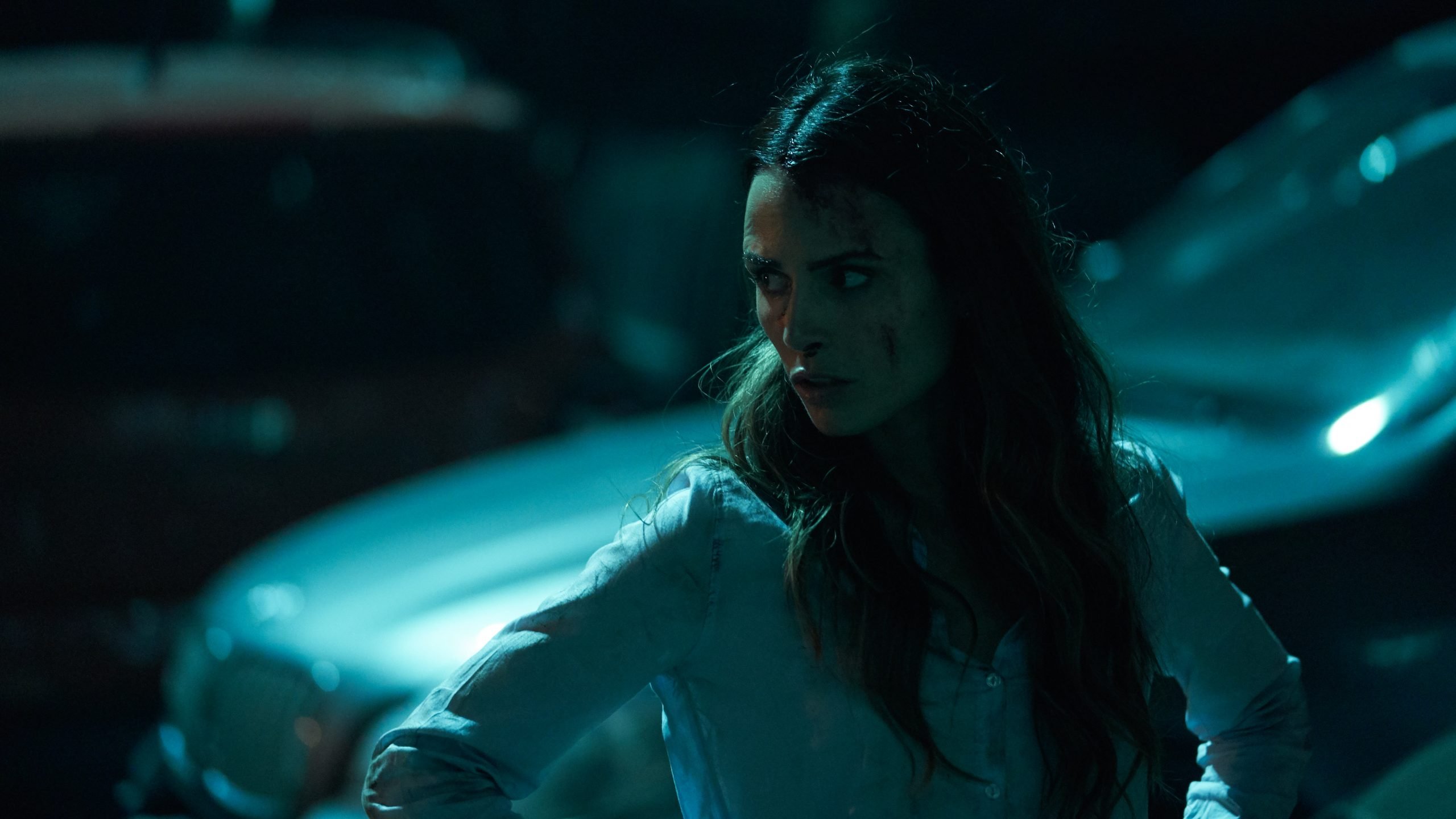 While it is a rather clever approach to a genre that is slowly dying a painful death, Baruchel’s screenplay scatters itself into the very thing it wishes to condemn for most of its runtime. The sleek lighting, the glorious blood flow, and the flurry of deaths are sure uncomfortable to an extent, but mostly, the script squanders it’s potential by using these squeamish instances to oversimplify the slasherman narrative. In doing so, the film squirms to a finish where the characters die and you don’t care for them because there weren’t enough grounds for you to care.

There are some interesting takeaways from the film, though. The social commentary is more potent now than ever. In a world where gruesome crime is glorified every day with numerous clips and videos flooding social media, polar opposite reactions to the same thing pose a very serious threat to mankind. Are we glorifying violence by leading it forward, sharing it even though our intent is not matched with the content? The sad thing is, there’s no correct way to approach it and the truth is often hindered by bloodshed and our interest in anti-heroes. The film with its voyeuristic approach plans to investigate a very serious connection of violence to the origin and the propagation by both the proprietor and the voyeur. While it does it with mixed results, it somehow starts off a conversation that we avoid every day.

You Can Stream Random Acts of Violence on Shudder