The reason why some people choose the life of spiraling out often feels like a mystery to me. The fact that they can’t find the right switches to click in order to keep it intact is also a feeling alien to me. However, that might be because I come from a completely different headspace. The capitalistic ladder and the isolation that people feel, especially when their existence is based around empty chunks of land, is frankly a seeking feeling that no one can understand. In Michael Morris’ debut feature film “To Leslie,” Andrea Riseborough stars as Leslie, a West Texas single mother who wins a lottery but wastes it all just as fast.

Following Leslie around a few years after her win, the movie captures her as an alienated woman who is forced to leave her boarding at a roadside motel. She is feisty, angry, and volatile and from the looks of it, too oblivious to fix her ways just yet. So, the first thing she does on being evicted is taking her pink suitcase and drink to her heart’s content with the little money she has saved up. Morris deliberately takes us away from the abuse she has to suffer due to her unwarranted turnarounds at local pubs, but her lean figure and swollen face are triggers that we simply can’t push away.

Related to To Leslie – Here Before (2021): ‘SXSW’ Review – A Gloomy Psychological Noir with an Excellent Central Performance

Anyhow, when she is unable to understand what to do, she reaches out to the last bit of phone numbers on a page she always carries with her. The torn page has scratched out names and telephone numbers; a sign that she has almost exhausted all the possibilities of people who are willing to help her. Desperately, she dials up a number and finds herself on a bus to see her young son James (Own Teague) who she had abandoned a few years ago. 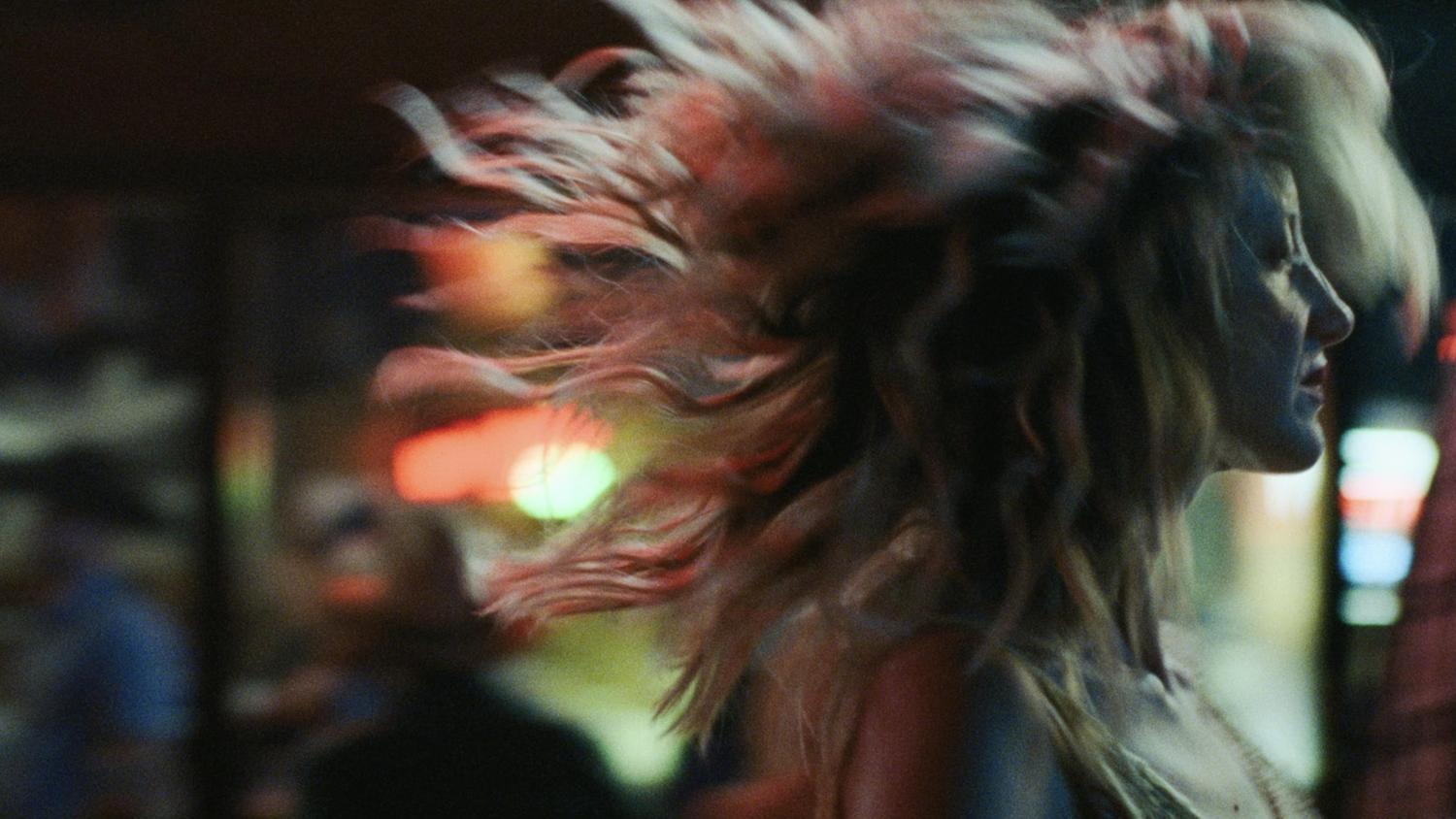 James is unsure if it’s a good idea to shelter her mother because he knows her addiction to alcohol, and from the looks of it, has had enough. While Leslie settles in just fine, her addiction to the bottle gets the better of her, and James is forced to send her back to Dutch (Stephen Root) & Nancy (Allison Janney). Leslie is not pleased to be back with them or in the godforsaken town she despises, but since she does not have the tools to make her life restart, she starts living with them before getting thrown out again. The rest of the film sees a few acts of kindness from local motel attendants Sweeney ((Marc Maron) and Royal (Andre Royo), as Leslie slowly starts to try and get better. However, we all know the pull the bottle holds, and the act of juggling between the urge and making something of herself leads the narrative forward.

Now, “To Leslie” stems out of a pretty familiar story arc. We have seen stories about party animals slowly losing their charm as they grow old. Trying to recalibrate a life that they know is the best for them but failing at every corner is something we have all visited now and again. So, there are no surprises to be had here either. The three-act structure doesn’t have anything new to offer as far as dramatizing the life of broken people is concerned. However, I would be lying if I say I did not get attached to Leslie in some way. On paper, she isn’t a likable character. There are constant elements that make you want to hold her by the shoulder and yell into her thick head, pleading her to wake up to a better tomorrow. But, Andrea Riseborough is so good here, that in spite of the limitation that Morris has as a new director, you feel empathy towards her. If you are not moved by her mental dilemma when she is sitting alone in a bar listening to Willie Nelson’s “Are You Sure,” am not sure what would move you.

Everything from her Southern accent to her physicalities is pretty spot on. In a way, it becomes difficult for the viewer to see through this character and find Riseborough underneath. “To Leslie” is thus a film that isn’t steered across to the finish by the director or the technical aspects, but through Riseborough’s incredible central performance. She manages to understand and put to test the feelings that broken people often have. The way they always turn around and spew bitterness even though they have a heart of gold is brought to the foreground beautifully. Making this familiar redemption story feel like a pitstop that one must visit at least once.

To Leslie was screened at the 2022 SXSW