Podcasts are the thing right now. If you aren’t doing one, it is deemed that you don’t have anything to say. In 2021, not having a podcast or not being a part of one is almost equivalent to not having a Facebook account back in the 2010s. In Ori Segev and Noah Dixon’s “Poser,” an aimless 20-something girl named Lennon (Sylvie Mix) floats in and out of the thriving indie music scene in Columbus, Ohio. She wishes to belong there – within the warehouse concerts, inhouse parties, and the unique presence of people who have something to say.

Her Instagram bio says “I record things.” And that’s exactly what she does. With her cellphone and earphones by her side, she does have a unique identity of her own. The only downside being – a lack of belief in it. When she isn’t on her weekly meetings with her successful sister who often works a leeway between her mother and Lennon, she records people – their conversations, and the sounds that surround her. She later transfers them into hand-labeled audio cassettes that she stores as memoirs. However, this isn’t what she wants to keep doing. Her initial drive is shown as an eager young girl trying to understand how exactly people in the indie music field operate.

Other than being intrigued by a lot of local bands, she is overly obsessed with a 2-piece electronic band called ‘Damn the Witch Siren.’ Bobbi Kitten, who is sort of like the face of the band (the other member being a young lad who is always seen wearing a wolf mascot) oozes originality – not only in the way she writes and sings but also in the way she dresses and appreciates art. 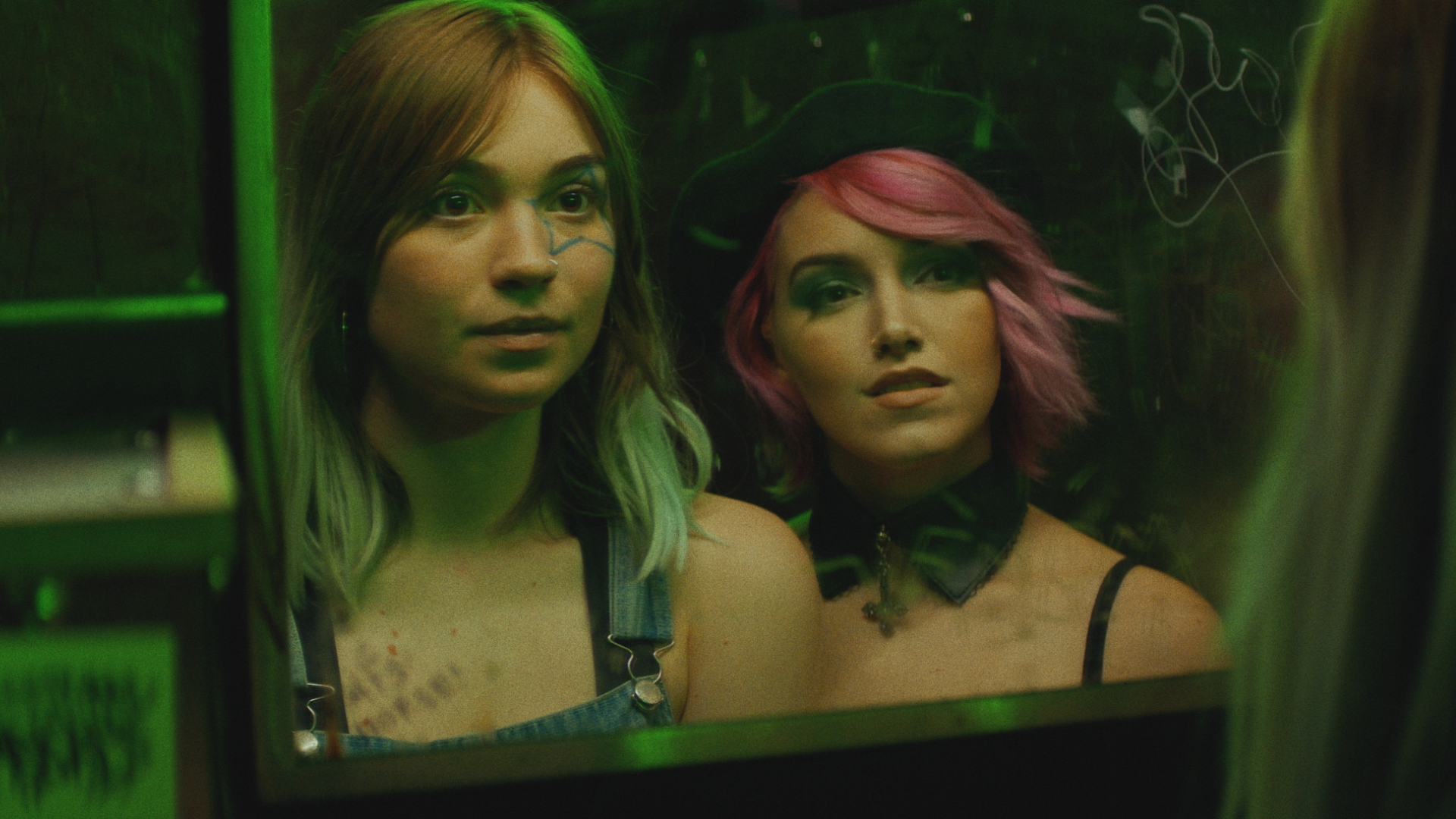 Lennon is completely in awe of her. If the nose ring and colored hair aren’t enough, we, as viewers can make out where her drive to make podcasts about underground artists really comes from. She just wants to be up and close with Bobbi. Somehow, Lennon finds the courage to start a podcast (or at least pretends like she has one) that finds her interviewing these local artists. She records them on her phone and later transfers them into her little cassettes.

Slowly and gradually she finds her way to Bobbi Kitten and her band. Even though Lennon is this introverted, shy girl, she begins to open up and really be with these people. We see her quoting “Trying to get out of my comfort zone” quite often. Getting out of her comfort zone thus translated into finding the courage to sing one of her compositions in front of Bobbi and her friends. All of them are amused at how good Lennon and her composition are.

Also, Read – Jesus [2019]: ‘Japan Cuts’ Review – The dilemma of belief through the prism of innocence

The flip side is, it’s not her composition at all. In fact, the song belongs to one of the other indie bands who performed and recorded for one of the episodes of her podcasts. While initially, Lennon enjoys this newfound appreciation of her talent, the eventuality of her lie hits, and she isn’t ready for it.

Broken into chapters that follow the journey of our protagonist and the music that surrounds her, the director duo of Ori Segev and Noah Dixon has crafted an incredibly potent and contemporary commentary about identity and the need to belong. Lennon actually represents every single aimless teenager who finds some kind of solace in any artform when they don’t understand what they want. More so, it also points at the very dangerous self-imposed checkpoint that most of us initiate for ourselves – i.e trying to be like someone else. 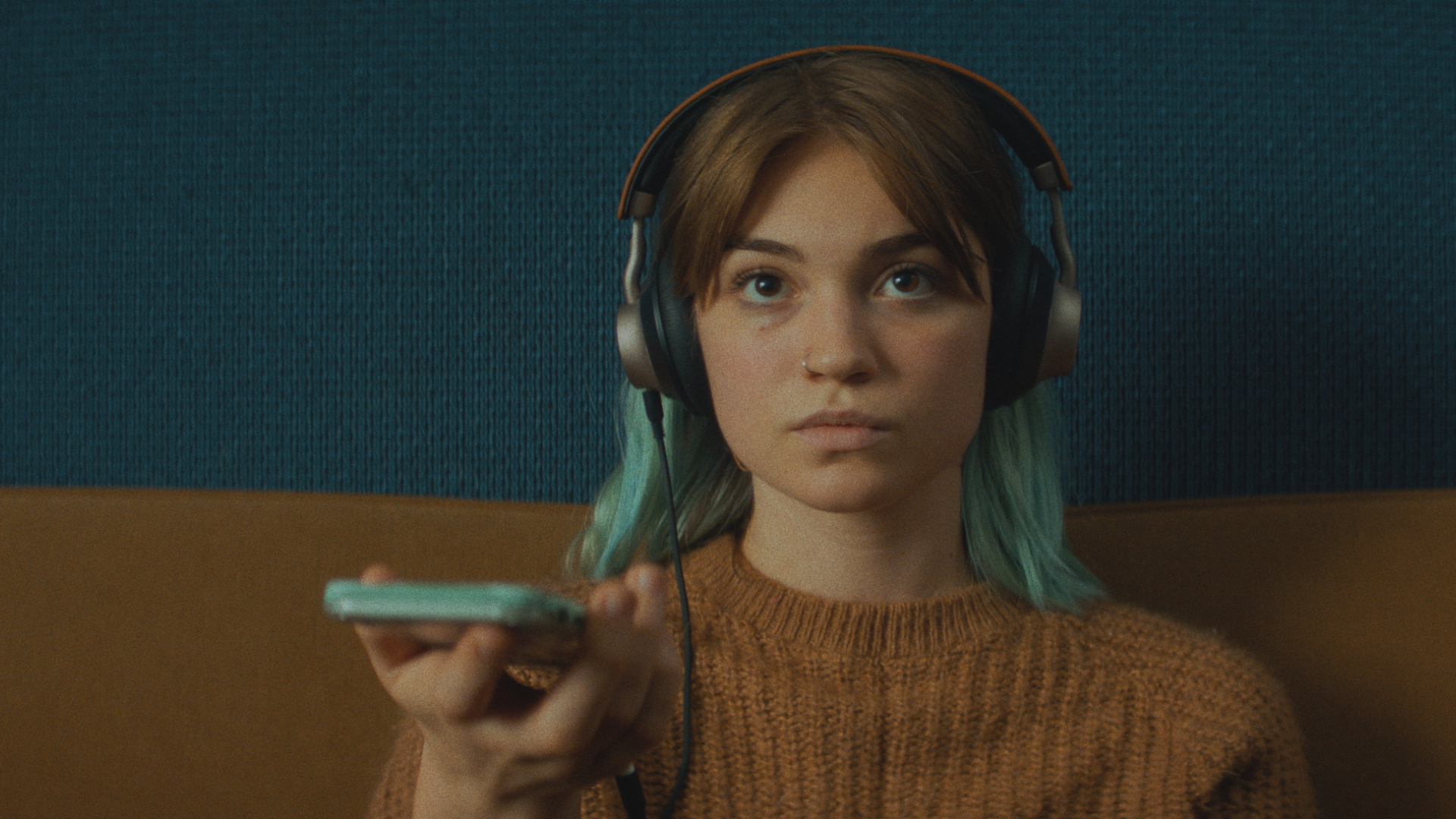 The film is an amusing investigation of a generation that is obsessed with being noticed. “Poser” is a look into a life that is defined by what really works in the real world. Lennon can be seen as a  mirror into an obsession with pop-culture icons and the life that they invent for us to follow. For instance, cue to a sequence where Bobbi is describing how she is really into animal rights and the need to stop slaughtering them. She gleefully adds that she doesn’t like fish though.

In a way, the film makes a case for the pretense and hypocrisy in the best of us. All of us pretend to be something that we don’t actually stand for – thus making Lennon’s obsessive, stalker-esque persona feel less problematic. In a character that could have easily come off as completely repulsive and obnoxious, Ori Segev and Noah Dixon manage to give Lennon some character that makes her feel grounded and relatable.

Related to Poser – Going Clear: Scientology and the Prison of Belief [2015]

A lot of heavy lifting is also done by debutant Sylvie Mix who inhabits the role of  Lennon like a fine fur coat. In a mostly muted performance, she manages to make Lennon’s actions seem ‘okay’ even when they are not. She makes her likable and her wrestle for finding an identity feels real.

While occasionally predictable and familiar, debutant directors Ori Segev and Noah Dixon have made a film that looks at the dark side of trying to procure an image for yourself in the shadow of someone else. This makes “Poser” an exciting entry into the coming-of-age canon.

Who Will Start Another Fire [2021] Review: A Mixed Bag with Powerful Surprises And Incredible Messaging