Home»Reviews»Ted K [2022] Review: A Disturbing Portrait of The Life and Crimes of Technophobe Ted Kaczynski “The Unabomber”
Reviews/VOD

Ted K (2022) Review: Imagine living in a world where the intrusion of technology didn’t exist. We have become so dependent on modern technology that it would be nothing short of a nightmare for us to go back to the past. When we are bravely propelling forward in this posthuman world of sweeping technological transformations, all Ted Kaczynski wanted, back in the day, was to run away from “Frankenstein’s monster of technological progress” and to go back to the idyllic and utopian world of pre-industrial times. And thus born the tech-obsessed crazed killer, dubbed by the FBI and the media as “the Unabomber”, who conducted a 17-year bombing campaign against people he believed to be advancing modern technology and environmental destruction.

American independent filmmaker Tony Stone’s recent biographical/historical crime drama Ted K exploits the life and crimes of anti-technology domestic terrorist Ted Kaczynski, who opposed industrialization and the perceived sickness it had infected the world with. The film puts across a bizarre, disturbing, and unsettling chronicle of one of America’s most complex and eccentric killers based on Ted Kaczynski’s diaries and writings. The eponymous role played by the remarkable Sharlto Copley (District 9) brilliantly delves into the psyche of the deranged criminal mastermind and gives a glimpse into the intelligent, aggressive, paranoid, and misogynistic loner and his darker side of primitive thought. 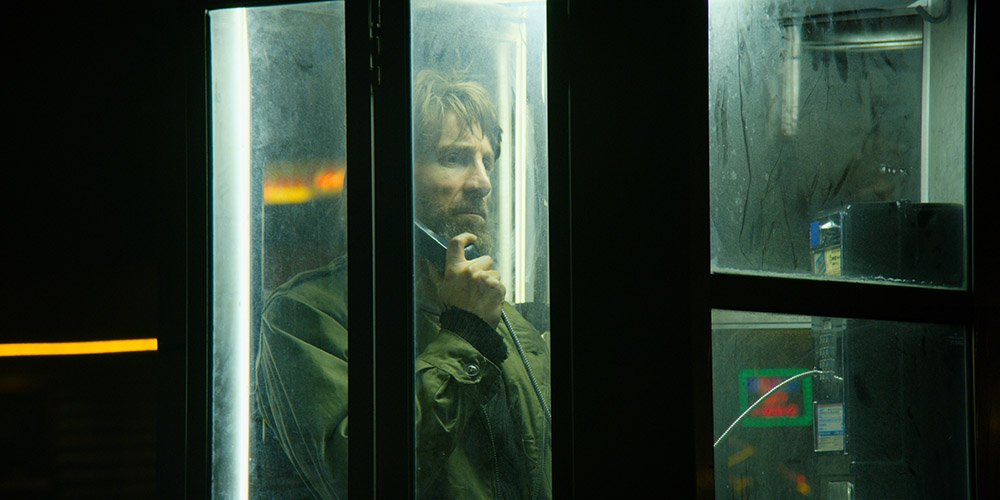 The film, essentially a one-man show, traces the events of Kaczynski’s life between 1978 and 1995 when he concocts a plot against the outside world, the “Earthwreckers”, who are encroaching on the natural world. Shot largely in the secluded mountains outside Lincoln, Montana, the film opens with a voiceover of Kaczynski saying, “Modern technology is the worst thing that ever happened to the world, and to promote is nothing short of criminal.” We acquaint ourselves with his boiling cauldron of rage, intolerance, and the impending act of violence when a few snowmobiles thunder past his wooden cabin in the quiet seclusion of Montana wilderness.

Related to Ted K (2022) – The Batman [2022] Review: A Delightfully Relentless Crime-Noir Saga Like No Other

In his drive to fight back against the annihilators of the natural environment, he starts performing small and local acts of sabotage. He forcefully enters the neighbor’s home and damages their snowmobile, cuts down electric poles, and destroys construction equipment. When he hears the loud sonic boom of the jets flying over his home leaving a plume of smoke in the sky, he grows even more frustrated and calls it a breaking point. At one point, he says, “People say violence and the taking of human lives is not a way to resolve human problems.

As a matter of fact, history shows it very often does work.” So Kaczynski decides to embark on an expedition of revenge against the technological society and meticulously carries out a string of executions and deadly mail-bombing attacks, killing three people and injuring twenty-three others. Inevitably, one of the biggest manhunts in FBI history, we see Kaczynski not only from the perspective of an eco-fundamentalist crusader who urges the public to indulge in the technology question but also as a mentally unstable, isolated, and sensitive individual who had problems socially. 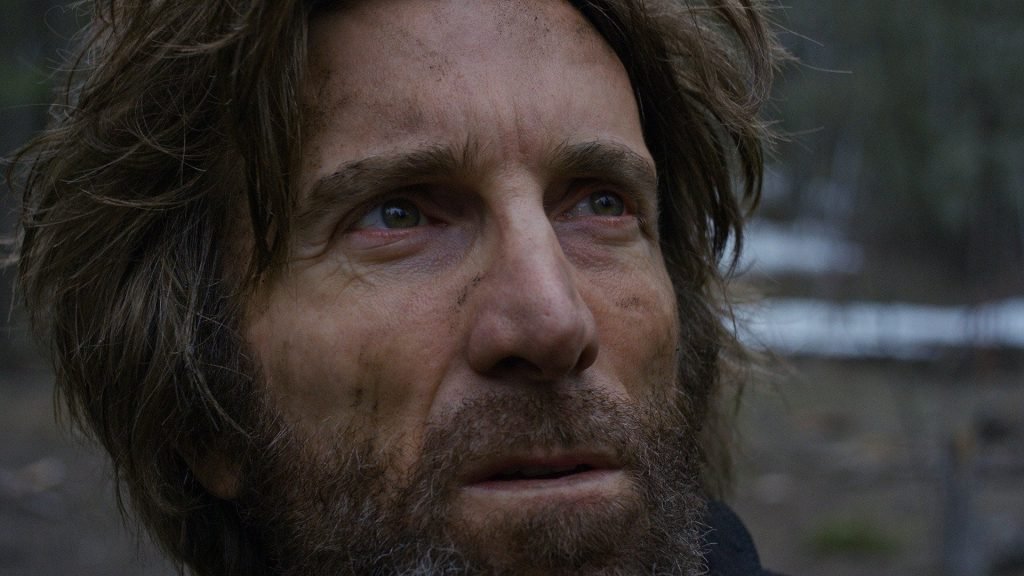 Tony Stone’s visualization of the Harvard-educated math prodigy, who ran away from the conflicting civilized life to embrace the primitive life, is a combination of Kaczynski’s rationale for his crimes and how the outside world perceives him. We see the manic and schizophrenic recluse run shirtless shooting at helicopters and shrieking at the ugly roar of dirk bikes expressing his contempt for the approaching complete control of machines over human behavior.

Stone utilizes the skills and techniques of a documentarian (Peter and the Farm) to regenerate Kaczynski’s physical life in the tiny self-contained cabin in the pristine woods where he writes his revolutionary writings on a portable typewriter. The primitive and minimalistic lifestyle of the technophobe is recreated by Copley as we see him skinning rabbits, chopping wood, and surviving in freezing temperatures. His fantasies of living in communion with nature show his romantic spirit and transcendental approach that prioritizes the individual rather than the society.

Stone attempts to delve into Kaczynski’s familial relationships, especially Kaczynski’s interactions with his mother and brother David, whom he relies on for his financial needs. His distanced and hermit-like existence, complemented by Bobby Vinton’s song “Mr. Lonely”, drives in the point of how alone he is, with no friends and no lover. At one instance, he screams at his mother during a phone call ranting that she had ruined his emotional and sexual life that he still hasn’t got beyond first base.

The trope of imaginary girlfriend Becky (Amber Rose Mason) and the dreamed-up idealized relationship looks redundant and superficial as it deviates from the progression of the narrative. Moreover, as a person who harbors sexual repression, it infuses a contradiction to his personality as he is a sexist who is intolerant and partial towards women. He treats them with little respect and even tells a woman boss arrogantly, “I don’t take directions from women on mechanical matters.” 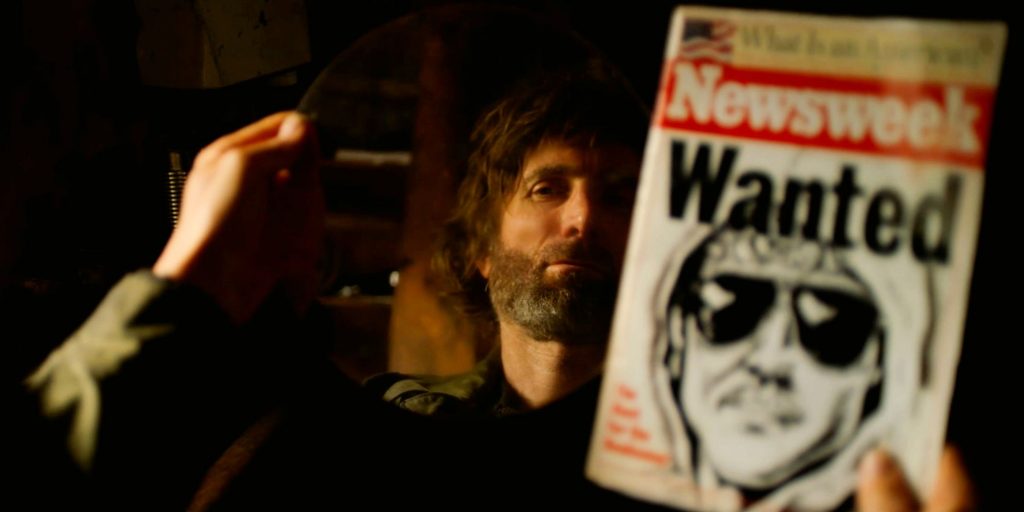 Much of the narrative and voiceover is built from Kaczynski’s cryptic diaries and manifestos of nature-centered anarchy in which he repeatedly claims that his actions may do more good than bad. Stone employs minimal dialogues and a minimalistic approach to place Kaczynski in his mindset where his actions and thoughts speak louder than the actual utterances. The film is interspersed with montage scenes of environmental degradation caused by the clamorous modern mechanical society with its road rollers, heavy vehicles, and jets, and regards the subject in question with empathy and horror placing him against a heartless and insensitive social backdrop.

This latest outing after a series of TV movies, documentaries, and plays of the cold-blooded killer is not without flaws. The film is told from the perspective of a psychopath, however, there is also an attempt to humanize him that kind of undermines and softens his actions. The inconspicuous and dreamy sequences were insignificant adding nothing to the creative imagination or the coherency of the narrative. The slow-paced movie feels a bit overlong and tiring as it indulges in establishing the character traits of Kaczynski, his ideological outlook, and his planning and preparation of his attacks. Some of the soundtracks employed were jarring, especially the use of Vivaldi’s “Summer” when he angrily drives away the trespassing motorbikers.

Related to Ted K (2022) – Hellbound (Season 1) Netflix Review: A Supernatural Crime Drama That Doubles As An Analysis Of Religious Fanaticism

Copley’s transformative and riveting rendering as the raging vigilante, who is hellbent on showing the consequences of the reminders of civilization, uplifts the typical film to a great extent. He is at his best when he is enraged and performs without restraint in scenes where he perfects the art of bomb-building with limited resources and when he adorns new avatars, even slamming a cinder block against the nose. Nathan Corbin’s stunning cinematography of the Montana wilderness combined with Blanck Mass’s thundering electronic soundtrack merits the anxious narrative to a great extent. All in all, Ted K, led by Copley’s chilling performance, is a cautionary and haunting portrait of an eco-terrorist led by whose technofear, amoral delinquency and lawlessness motivated him to perform inhuman acts against humanity.

Anju Devadas is a researcher pursuing PhD in English at Mar Ivanios College, University of Kerala. She is an unapologetic feminist and vocal critic of sexism, patriarchy, and injustices against women. Her main areas of interest include feminist theory, film studies, gender studies, and psychoanalytical theory. She is fascinated by the world of cinema and the female gaze in contemporary cinema. She is an art enthusiast and enjoys reading, writing, and exploring newer areas of knowledge.