Home»Reviews»Films This Week»Hustlers [2019] Review: A Surface-Level look at Female Friendship and Surviving the American Dream
Films This Week/Reviews

Scarfaria’s film opens with Destiny (Constance Wu). A young, Asian stripper who is new to the stripper-fam at a nightclub. Unable to earn more than just single-digit notes, Destiny is struggling to support her grandma. This is until she gauges a look at the meticulous, sexy charm of Ramona (Jennifer Lopez) getting showered with hundreds of dollars. Curiously enough she manages to get Ramona’s attention and they, in turn, form a friendship. Ramona starts helping Destiny out to work her charm around the wealthy Wall Street horn-dogs.

The duo along with few other strippers (including cameos from Cardi B) start making a but-load of cash until the wrath of the financial crisis hit them. It’s 2008 and most rich wall street guys are normalizing their cashflow. Destiny who had checked out from the business after having a child is also triggered when she is back in debt. A meeting with Ramona confirms that the game is bigger now. Both of them along with Annabelle (Lili Reinhart) & Mercedes (Keke Palmer) hatch-up a shady scheme to make things work. Their elaborate plan includes indulging rich businessmen in casual flirtation, spiking their drinks and stealing from their credit cards once they land up at the strip joint. 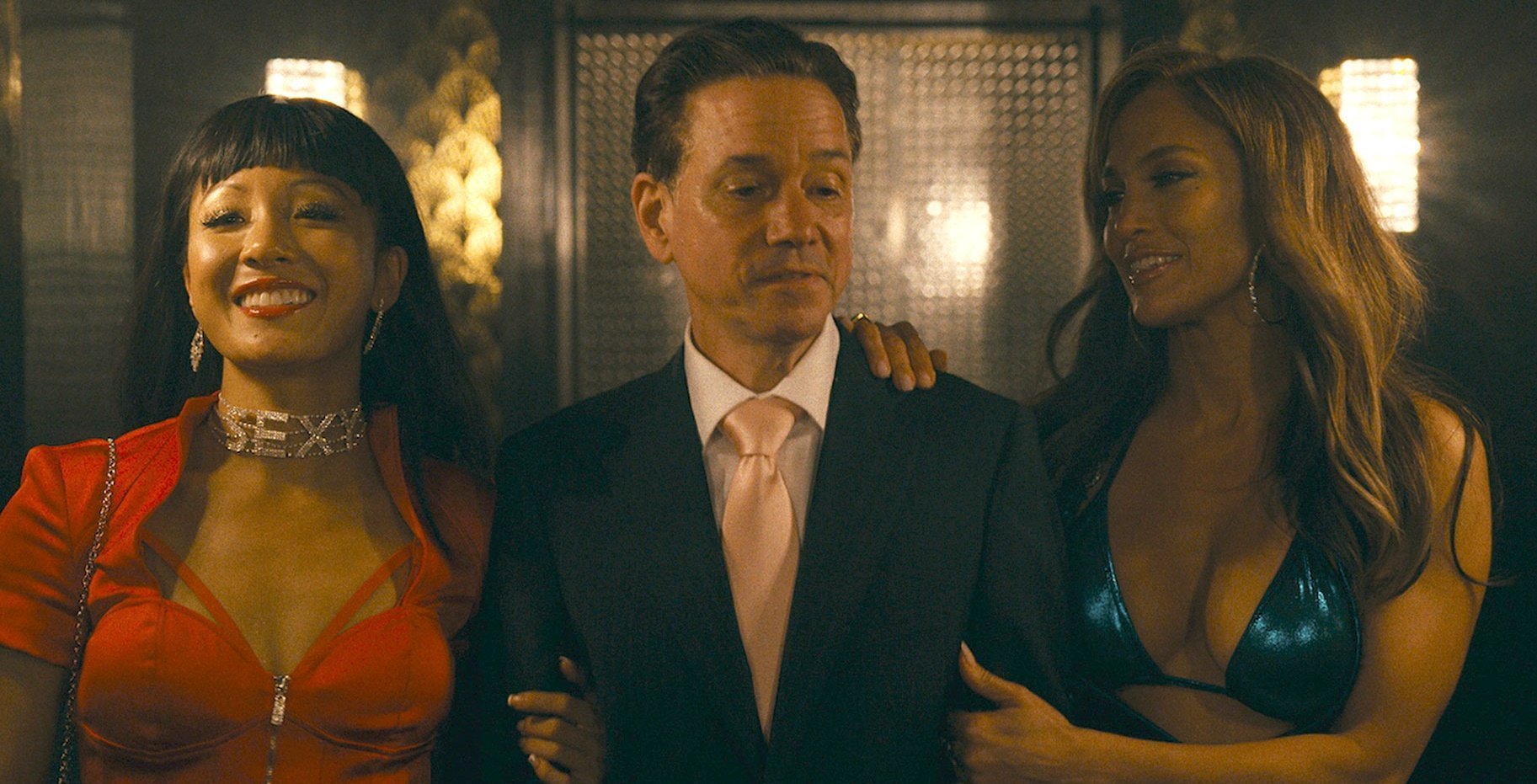 Everything else that follows is pretty by the basic Heist-Esque problems with an assertive, occasionally subversive drive. Director Lorene Scafaria who previously directed the little indie feature ‘The Meddler‘ makes sure that her ‘not-easy-to-belive-real-story’ remains an entertainer. Sure she makes some interesting choices such as using voice-recordings to depict certain instances in her ‘interview-with-the-culprit’ narrative; but her realism always remains mainstream. She makes sure that the real and reel are so blurred that people understand that this is only a ‘heard-off’ account and not a ‘witnessed one.’ However, other than these few instances, the film lacks a lot of punches that it could have landed easily.

For instance, the account is pretty basic and doesn’t really provide us with a gateway to understanding these ladies. If it’s wasn’t for Jeniffer Lopez and Constance Wu’s performances, these characters would have turned out to be truly caricaturish. The script only pays attention to making these ladies look sexy without sexualizing them. Which only works wonders when it comes to understanding the daily struggle that working women have to face, making these incidences – that actually happened a decade ago feel relevant even today.  Also, the crux of the film that is based on friendship and support from counterparts really comes together towards the end and manages to even get you emotionally invested.

However, the film in all its pop and show is a pretty basic underdog story with real consequences. In spite of paying extra attention to a decade-old soundtrack punctuated with some solid performances, ‘Hustlers‘ never manages to rise above its truly feminist core to become an instant class act.

Dabangg on Netflix: Understanding The World of Chulbul Pandey