“T for Taj Mahal doesn’t just focus on education nor does it directly challenge the highly absurd traditions of auspicious and inauspicious.”

Greek Mythology has come up with a plethora of characters that serve as entertainment in popular culture. The struggles of characters in films and real life are often likened to the trials and tribulations faced by these Greek mythology characters. We all may be familiar with the term, “a titanic struggle”, but how many of us would be familiar with Sisyphus and the Sisyphean struggle.

Sisyphus was the king of Ephyria who was punished for his deceitfulness and self-aggrandizing craftiness. This required him to roll an immense boulder up a hill. The catch was that as soon as he rolled it right to the top it would just roll down again requiring him to repeat his actions. All his efforts were rendered futile just as he had endured the trials and tribulations and preserved to reach the summit. Our narrator in this story played by Janet Wright (Ali Faulkner) likens the journey of our protagonist Bansi (Subrat Dutta) to this fabled character.

Similar to T for Tajmahal – Ahaa Re (2019): Jagran Film Festival Review – A Beautiful Representation of Inclusivity

Directed by Kireet Khurana, T for Taj Mahal traces the journey of Bansi as he embarks upon a Sisyphean journey. This simple and uneducated man takes it upon himself to be the candle amongst the darkness and make sure education returns to Bajjar – a village located 60km from the tourist hotspot of India… the Taj Mahal. 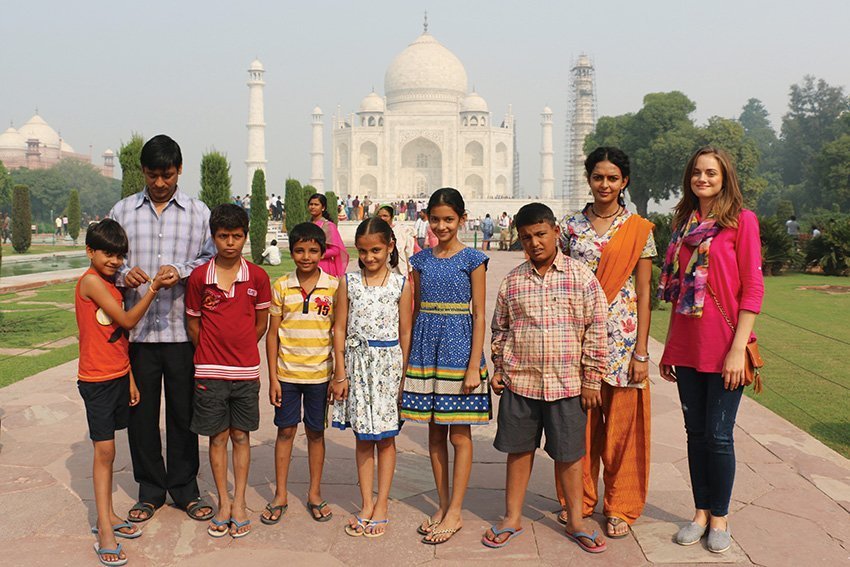 Bansi sees a wheel that has remained stagnant. Generation after generation of Bajjar residents have remained illiterate and are alienated against progress. The head of the village panchayat and corrupt man remarks that there have been too many changes that are affecting the village. His wife retorts back asking him if he would like to live in the 19th century for his benefits.

Bansi sees that the only way forward is to break the wheel and educate the next generation so that their life won’t be reduced to just a mere existence as is the norm in Bajjar. He is keen to do his bit and is motivated by a personal agenda too which proves to be powerful. Subrat Dutta embodies this to perfection which is evident at the time that the audience sees and comprehends what a Sisyphean struggle is.

He builds a Dhaba to fund his dreams after learning that summoning a tutor to his village proves to be too expensive. Lightning strikes when he sees the daughter of a patron teach his son a few alphabets and their words and his son chants it along the way. Thus the ‘teach for food’ idea is born.

The rest of the movie shows us the Sisyphean journey of Bansi as he endures the expected rejection and ridicule of this new (absurd) method of payment and acceptance. (the method clicks with some who hail its novelty) The struggle is from all corners such as the villagers, his partner Sanechar (Pitobash) and the village cook Naturam, played by Manoj Pahwa who was the only lead I recognized. The only person supporting Bansi throughout is Naturam’s daughter Chuniya (Bidita Bag).

Pitobash is the multilingual talkative hypeman and breathes energy into this film with us upbeat performance. His dynamic with Pahwa’s Naturam is hilarious. There was a completely unnecessary appearance by Raveena Tandon as herself. When you watch that scene and grasp where Bansi is coming from you may see where my aversion to this shoehorned cameo is coming from. 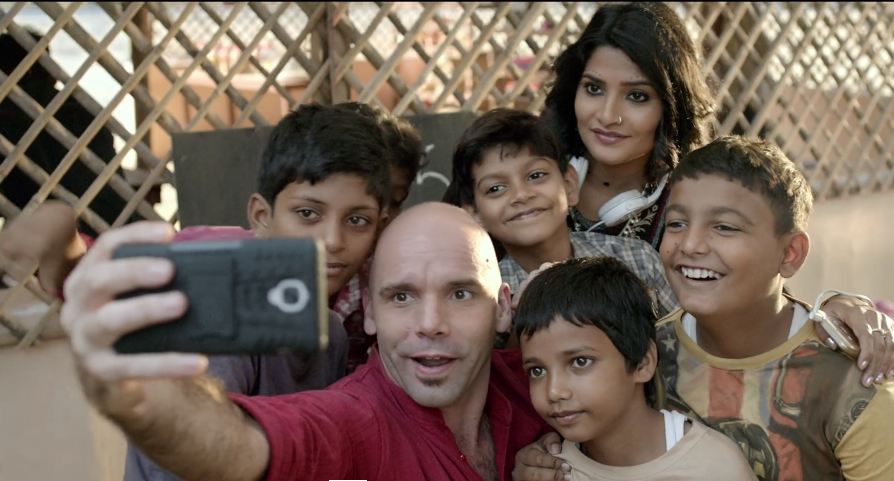 T for Taj Mahal doesn’t just focus on education nor does it directly challenge the highly absurd traditions of auspicious and inauspicious. We do get shown this though and most city dwellers would echo the sentiments of Janet’s high pitched and amused, “Are you Serious” when told about such a thing.

As much as we admit we are progressing country we have to admit that traditions do exist. In the Amazon Prime Original ‘Made in Heaven,’ the parents of the Bride and groom agree to marry the bride to a tree claiming that they don’t believe in all this but the relatives and friends will talk so it must be done. We are progressing, but how progressive are we when said progress is to be implemented close to home?

This film showcases the realities of education in our country and is offers a solution to said problem. It recognizes the need to make the foundations firm as Bansi says that for higher studies foundation must be good. There is a blueprint.

Related to T for Taj Mahal –  Reason (Vivek) [2019]: ‘LIFF’ Review – A Brilliant Discourse on the Pernicious Rise of Religious Extremism in India

Perhaps as an audience, we prefer a commercial masala entertainer over a socially driven content film. How would we react if we were approached with a ‘teach for food’ request? A vast sum would hail this idea but would reply to both of the above statements with, “no time.” It’s not wrong to refuse as this isn’t a method to shame people into paying for their food with their time.

This is the type of film that perseveres to change your mentality. Along the way, it does provide you with a few euphoric (not like the show) moments. After all, Sisyphus did have many small victories whilst ascending with the boulder.