In the middle of a river, they are sitting in a boat. She is wearing a rolling stones t-shirt. She received her letter for an internship with Dior. She has decided what her future is going to be like. A Life with the Chanels and the Diors of the world. She is going to be a designer in Paris. He is wearing a plain shirt. He is a chef. He wants to open a restaurant in Dhaka. His modest dreams aren’t remotely as exciting as hers.

They are being selfish and inconsiderate to each other. They are barely fitting in, in each other’s plans. The boat seems to have lost its direction. So does their love. Shahida leaves for Paris, Raja will move to Kolkata. Ahaa Re isn’t their story, they aren’t the two lovers.

Similar to Ahaa Re: Abyakto (2019): About Unexpressed Nuances of Life

Following his breakup, Raja (played by Bangladeshi Actor Arifin Shuvo), a young chef from Dhaka, relocates in Kolkata and starts his work life afresh. Mainstream Indian Cinema has mostly stereotyped Bangladesh and Bangladeshi characters. They are often poor immigrants or infiltrators affecting the sovereignty of India. Ahaa Re breaks that stereotype.

Shuvo as Raja is far from the archetypical Bangladeshi character. Raja is head chef at a fancy restaurant. He is charming, has good education and is brought up in a liberal household. He understands his identity and knows why finding a home in a Hindu locality can be problematic, but he holds no grudges about it. There is a certain maturity in the way Ranjan Ghosh has written Raja’s character.

Raja happens to meet Basundhara (Rituparna Sengupta), at a local Kolkata eatery. They share opposite opinions about a dish. Basundhara is a Salt Tooth, Raja is not. They don’t necessarily bond but it’s the beginning of a friendship that is around the corner.

Rituparna Sengupta as Basundhara excels at playing a woman with a grieving past. She gives an understated performance and never really breaks character as we see her burdening herself with her own truth. Basundhara cooks at home and delivers food door-to-door.

Food is a big giant metaphor for love and inclusivity in Ahaa Re and the conversations about and over food is the driving force of the story as it moves ahead one scene after another. 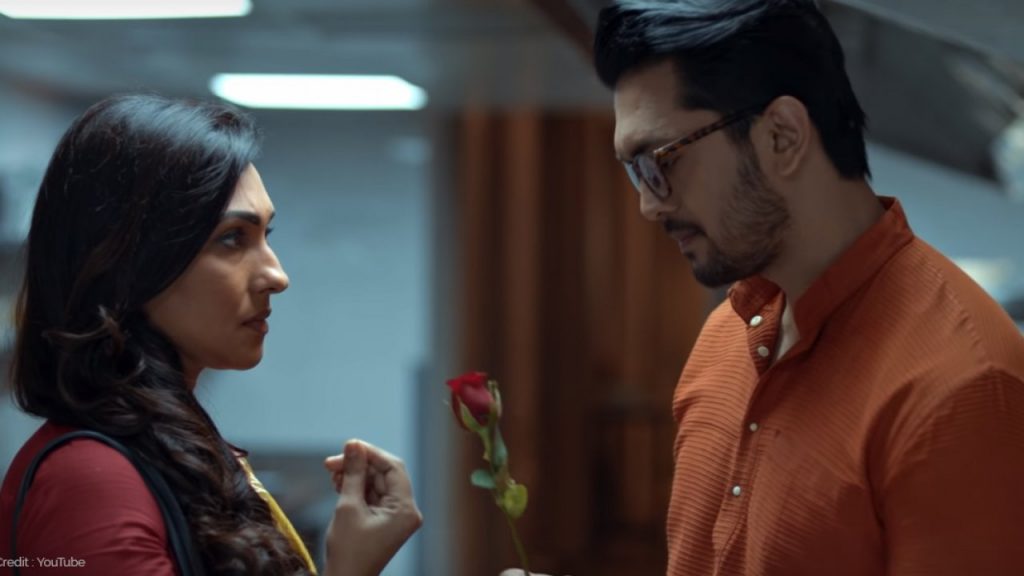 It’s not that I didn’t have issues with Ahaa Re. I found the subplot of Raja’s failed relationship with Shahida rather problematic. The film’s major focus was the representation of an immigrant in the liberal society of Kolkata and not to resolve the differences between Shahida and Raja. But it seemed to me that Shahida’s character was merely used as a prop to give a gloomy side to Raja’s otherwise charming persona. Moreover, I felt the film was biased with Raja’s side of argument and showed Shahida’s dream and aspirations in a bad light.

Since the film was trying to identify Raja as someone who has a broken side as well, it could have been done in other ways as well. Raja could never make peace with the fact that his mother re-married after his father’s death, this could have been used as the only conflict in his personality, given he was a liberal man otherwise, who respects people’s choices and religion.

However, barring the issues I had, Ahaa Re is a beautiful representation of a liberal society and an antithesis of the Pseudo nationalistic and jingoistic times we are living in. It is about cultural integration and how immigrants are embraced in the land of West Bengal, told in the backdrop of food, cooking and the love for it. It is, perhaps, immigrants and natives, that are the two lovers in Ahaa Re.