Abyakto (Unsaid) begins with a dream where a little kid loses the grip of his mother’s hand and is lost in a grim lonely street. He cries for help, calls for his mother. This is Indra’s recurring dream and it keeps haunting him even though he is now a grown-up adult. We learn that he lost his father 5 years ago and he now shares an estranged relationship with his mother, Saathi (played by Arpita Chatterjee). His dream is an expression for the lost son, who also lost love for his mother. The dream lays the foundation of their broken relationship.

Indra (played by Anubhav Kanjilal) is supposed to visit his mother in Calcutta. For him, this visit is about a property situation that he needs to take care of. His mother, nonetheless, is looking forward to his visit. Upon reaching Calcutta, he roams around the town so as to avoid having dinner with his mother. His anger for Saathi has a childlike knack to it. It also makes one wonder about the reason that caused it in the first place.

The film takes us back and forth in time and allows us to understand Indra’s behavior by showing a few important incidents from his childhood. There are three major influences in Indra’s life which accounts for his personality in the present; His mother, his father, Kaushik (played by Anirban Ghosh), and the father’s best friend Rudra (played by Adil Hussain).

In a scene from his childhood, we see a visibly happy Indra playing kitchen games with the kids of the house help. Even though he was playing in the presence of his father and Uncle Rudra, the incident turns ugly when his mother enters the scene. She scolds him for playing “girly games” and commands him to start liking outdoor games, which are supposedly the games for boys. The mother and the son have a little argument on this minor life choice and by the end of it, she ends up blaming Rudra for encouraging Indra to be disobedient. 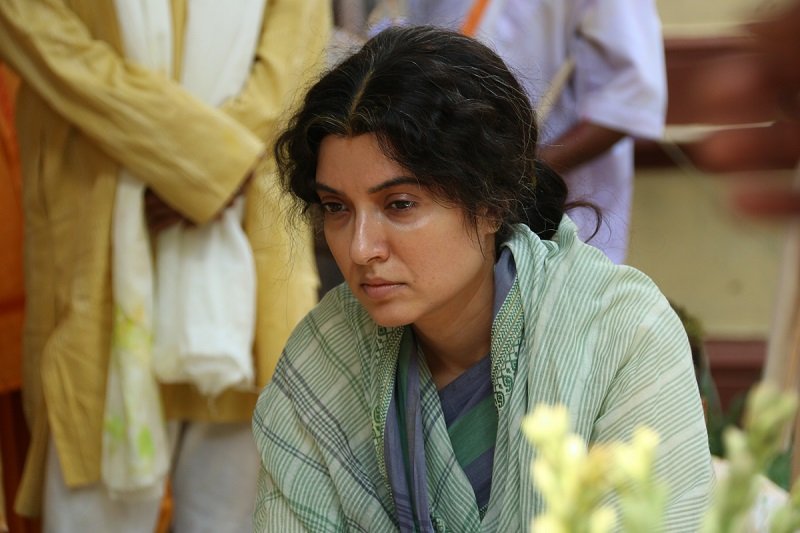 The argument ends, but the impact stays. All through childhood, Indra being berated by Saathi for playing kitchen games, wanting a dollhouse for his birthday and dressing up in a saree has left him distasteful about his mother. He doesn’t really speak to her unless he really needs to. Also, Saathi had this strong disliking for Rudra which further distanced Indra from his mother.

There is a strange kind of desolation in the big house they live in. The disagreements and the absence of motherly love have built a wall of silence around Indra when he is around Saathi. It’s not that Indra is incapable of love. He lives with his girlfriend Aditi, he has warmth for his grandmother and he has treasured childhood memories which he cherishes, but all those memories includes his father and his father’s friend Rudra. There is definitely another side of him which, now as a mother, Saathi longs for.

Abyakto’s power lies in the subtlety of its storytelling. Director Arjun Dutta deserves all the praise for making sure that the film never gets louder than he intended it to be. This absolute absence of melodrama is what makes it more believable and hits the right chord. In this story of a mother’s inability to reconcile her relationship and a son’s angst which he just can’t let go, there is a lot of room to dramatize the events, but the film holds its ground well and doesn’t get carried away.

There are important plot points in Abyakto that justify the way its characters behave. Director Arjun Dutta capitalizes on that, he uses family dynamics and secrets that must not be revealed and made a restraint film about the unexpressed nuances of life. 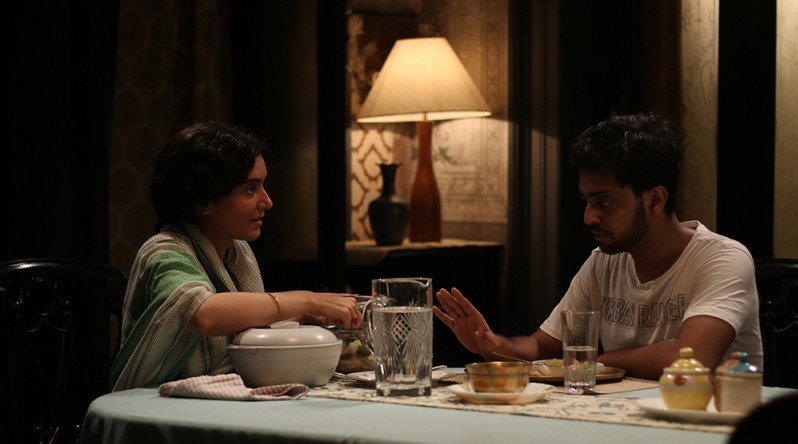 Moving from unexpressed nuances to an excellent understated performance, Adil Hussain convincingly blends in as the Bengali speaking gentleman who wishes the best for the family. Rudra is usually an uninvited guest in the house, but he is also mature and maintains a dignity in the way he takes the insults by Saathi. His character is, what we call, a small but significant one and he understands it and perfectly underplays his part.

One of the few problems I had with Abyakto was the way Anubhav Kanjilal’s performance as Indra wasn’t able to match up with the towering performance delivered by Arpita Chatterjee’s Saathi. His character was torn up between understanding his mother’s sacrifices and still not able to make peace with her. He could have shown more expressions as an actor to play a multifaceted character like that.

Speaking of Arpita Chatterjee, she is phenomenal as Saathi. In the two timelines of the film, she switches her persona with great finesse. From a fiery and sharp-tongued young wife and mother to a weary old lady with her strong authoritative traits intact, she amazes you as a viewer. Her character never gives away the motivation of her actions more than what she is supposed to. Whether it is when she is berating the Son or is insulting the Husband’s friend, she is always in control. As an old lady, she is barely apologetic about her actions but understands the son’s angst like a wise old woman. Her strong performance is not just due to the writing of the film but it’s her aura that charms you over.

“ABYAKTO” WILL BE SCREENED AT THE 10TH LONDON INDIAN FILM FESTIVAL, 2019
CLICK HERE FOR OUR COMPLETE LIFF COVERAGE