We live in an age where social media has the power to solve problems faster than real-life actions. We have also reached a place where a certain viral post can camouflage evil behind a white cloth preaching peace. Gaurav Bakshi’s #Gadhvi (He Thought He was Gandhi) professes elements of the same phenomenon. It retells the idea that a certain degree of madness can bring big changes to the societal forefront. While it seems to be too over-sloshed on better films that work on similar themes, filmmaking choices like the first and last frame ending with protest with completely different perspectives give it little foreground.

Gaurav Bakshi’s film started off as a short film 4 years ago. Sundance-Drishyam Screenwriters’ Lab which is an initiative to kick-start well-intentioned indie projects in India was pitched this idea of a delusional old man who believes he is a reincarnation of Gandhi sounded like a great drive-through idea for a short film. However, in the feature-length format, Bakshi succumbs to introducing side plots that serve less than anything substantial to the central critic of socio-political situations in the country.

#Gadhvi (He Thought He was Gandhi) – REASON (VIVEK) [2019]: ‘LIFF’ REVIEW – A BRILLIANT DISCOURSE ON THE PERNICIOUS RISE OF RELIGIOUS EXTREMISM IN INDIA

The film kicks-off with Gadhvi (played by Sanjay Mishra) joining in on a protest against the establishment which is trying to rig off their homes in order to have bigger developments in the village. The villagers are against it but when the police intervene, trying to force them off the protest, everyone steps back except Gadhvi who doesn’t seem to be right in the head. He has had repetitive waking dreams about Mahatma Gandhi’s assassination which doesn’t seem to fit into his entire personality as of yet. However, in one of his dizzy wake-ness, he withstands the fury of the approaching police and is captured on multiple cellphones becoming a viral sensation online. 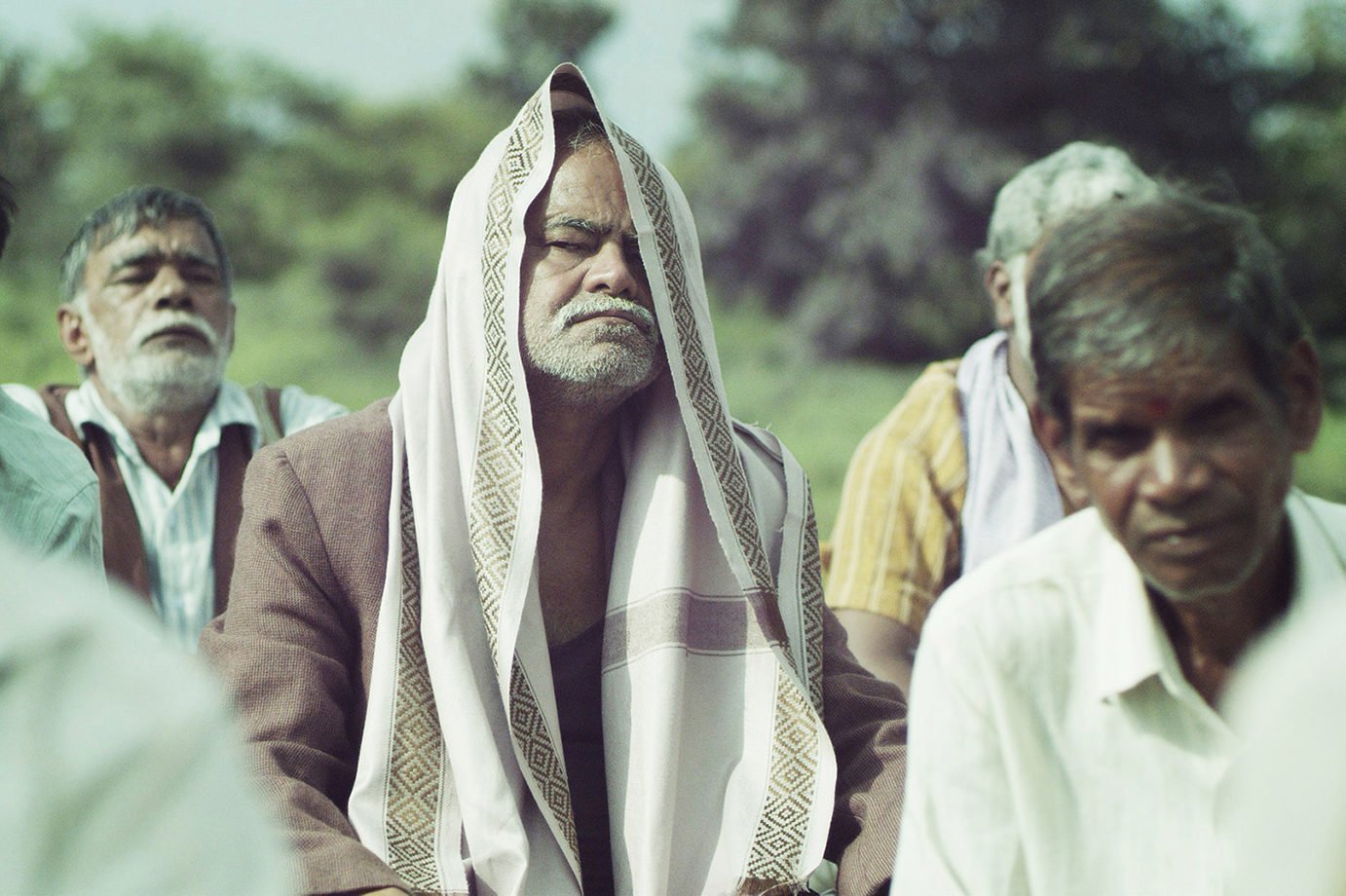 #Gadhvi then becomes a hashtag that starts popularizing the retired widower as a reincarnation of Mahatma Gandhi. Bringing enough turmoil both in the establishment and the corrupt government’s political sidelines. Gadhvi doesn’t believe in this entire farce firmly thinking that he is a common man tag along anyway as there’s nothing exciting that’s going on his life. Coupled with a young protestor who gives him a voice, he starts to toil up the delusion as a self-imposed agenda.

Spitting philosophies of non-violence to revolt against the establishment is an old troop even for social media fanatics and Bakshi’s film doesn’t seem to serve anything new on the plate. To add to the deranged plot, he introduces characters like Laxmi (Rasika Dugal) – A sex-addict prostitute and Omkar (Akshay Oberoi) – A brooding goon with ulterior motives serving only as a part of the entire redemption arc that needs to be fulfilled following the central philosophy of the film.

Related to #Gadhvi (He Thought He was Gandhi) – ARISHADVARGA [2019] ‘LIFF’ REVIEW: A WHODUNIT THRILLER ABOUT ITS CHARACTERS MORE THAN THE MYSTERY

The only thing that holds this train-wreck together is the central conflict that arises in Gadhvi’s story as he starts becoming more and more involved with how Gandhi worked his way to fulfill the country’s need. This arrives as an interesting juncture in an otherwise bland mix of idiotic, slapstick jokes and character motivations that don’t really have a say when this is sold as a satire that tries to say something. Sanjay Mishra’s work as Gadhvi is commendable but there are times when he feels like an extension of a superior work of his in Rajat Kapoor’s Aankhon Dekhi.

#Gadhvi (He Thought He was Gandhi) is a film that has an interesting central idea. The premise of bringing change through self-driven forces is also noble. However, the treatment that Gaurav Bakshi gives to his underwritten and repetitive script doesn’t serve the purpose well. There are some occasional scenes that lift his narrative up but they are far fetched and oddly not so pleasing. A #LostCause I would say.

“#Gadhvi (He Thought He was Gandhi)” WILL BE SCREENED AT THE 10TH LONDON INDIAN FILM FESTIVAL, 2019
CLICK HERE FOR OUR COMPLETE LIFF COVERAGE

Reason (Vivek) [2019]: 'LIFF' Review – A Brilliant Discourse on the Pernicious Rise of Religious Extremism in India