Here, my meticulousness wishes to shift the reader’s attention from Monica’s breasts to her cinematic persona. Monica Bellucci did not give so much privilege that people would limit everything to her breasts only. She couldn’t care less. Being beautiful isn’t everything. So, let us be Humanist today and talk about where does this passion for exploring the dark side of humanity and boldness come from?

I wondered what process she has, but she likes to drop statements like a nuclear bomb. She says shit with utmost simplicity and truthfulness. I’ve seen nasty diplomatic interviews. Let’s say she is not diplomatic. She has an answer for why she chooses violent and controversial movies.

She said in an interview that,” My body is an object of work. That’s why I think to be an actor is one of the most violent jobs. It’s more of a high than pain. I think actors can do things with their bodies – it’s like they forget they are inside. They can do things without being ashamed.” In another interview, she said,” I like exploring the dark side of humanity. I get to be in touch with my darker side without being dangerous to society.” Well, I can see that in your crooked smile there! But, isn’t it something every goddamn creative person wants? She is not afraid to be someone’s muse. She gives up control.

When I saw ‘Malena’ for the first time, I thought she is expressionless! And somehow that’s true. Every model turned actor might face the same problem. For her Modeling was easy to get an escape from her provisional life. But She gave the same expression while nude scenes. When your breasts are going gaga in front of the camera it’s hard to even stand there. But she couldn’t care less. She wanted to get movies through photographs and she did.

I downloaded more than 500 photographs of her to see her expressions. Eventually, I fell for her boldness. Her expressions have gotten wise, infinitely subtle and neutral. 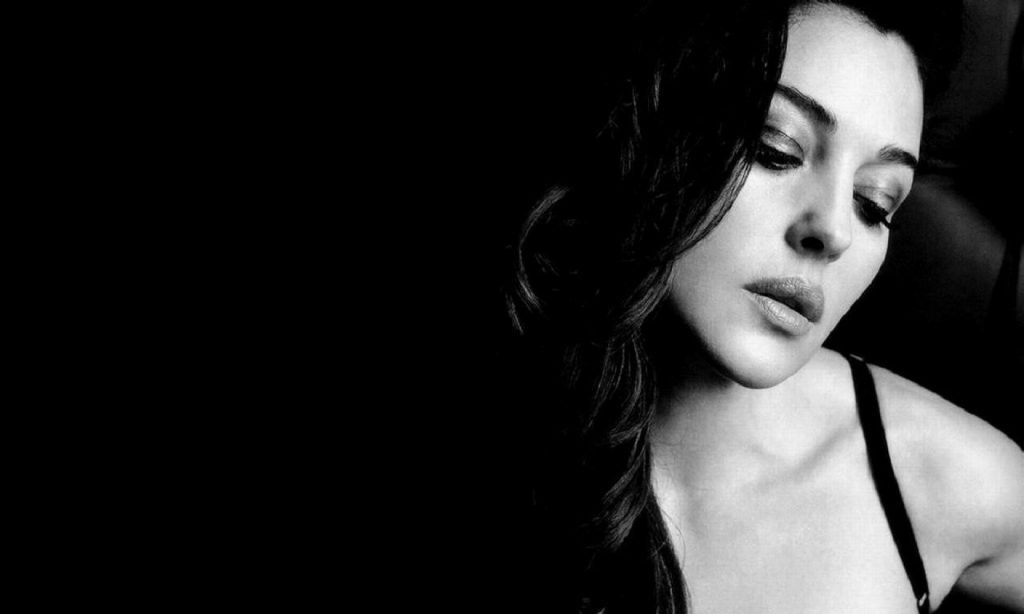 Then, I watched all her iconic movies, including the 8 minutes long rape scene in Irreversible. I watched the scene and I thought, ‘Oh reality might have been less fancy but that is intriguingly shot and done. But that scene caused controversy globally.

‘Irreversible’ was a pure case of improvisation. There was no script. The film is done in sequence shots. Each take was about 20 minutes long. Cinematography is done in a way that can play with the viewer’s mind. According to Monica, actors had the freedom to work in like theatre. Monica was told after this movie she might not get work but today this movie is a reference and Monica emerged as a brave actress who is in control of her movies. She kept on doing such movies.

Featuring Monica Bellucci: Irréversible: About Time and All That It Destroys

Let’s go back in time and find out a little back story about this film. ‘Irréversible’ Director Gaspar Noé accidentally met Vincent Cassel in a club around 5 o’clock in the morning. He asked Vincent that if he wanted to make a movie with his wife which contains real explicit scenes. Vincent thought the director was drunk and asked him not to talk with him. Later when Vincent got home He told her then-wife Monica about this offer and he has said no to him. She asked him, ’Why!’ The next day Vincent called him back and ‘Irreversible’ came to existence.

This is what I love, those tiny butterfly effects in the process of creation. In our conventional society and a constant struggle between black and white, it’s hard to make peace with the grey area. Above that make peace with our creative process and balance our destructiveness.

That’s what I found when I saw her interviews. She is trying to maintain womanhood and that balance. I eventually started liking her more while researching her. I hope this 54-year-old wise woman, Monica Bellucci, would make bolder and beautiful movies. We wish her, Happy healthy and flourishing Birthday!

The Ward [2010] Review: Not Carpenteresque Enough

What do I need? Food, better digestion, the capacity to plank, less drama, once in a while few clouds of smoke, Bliss, Paper, Pen, Camera, work, courtesy, money and one connoisseur!

But I'm an Artist