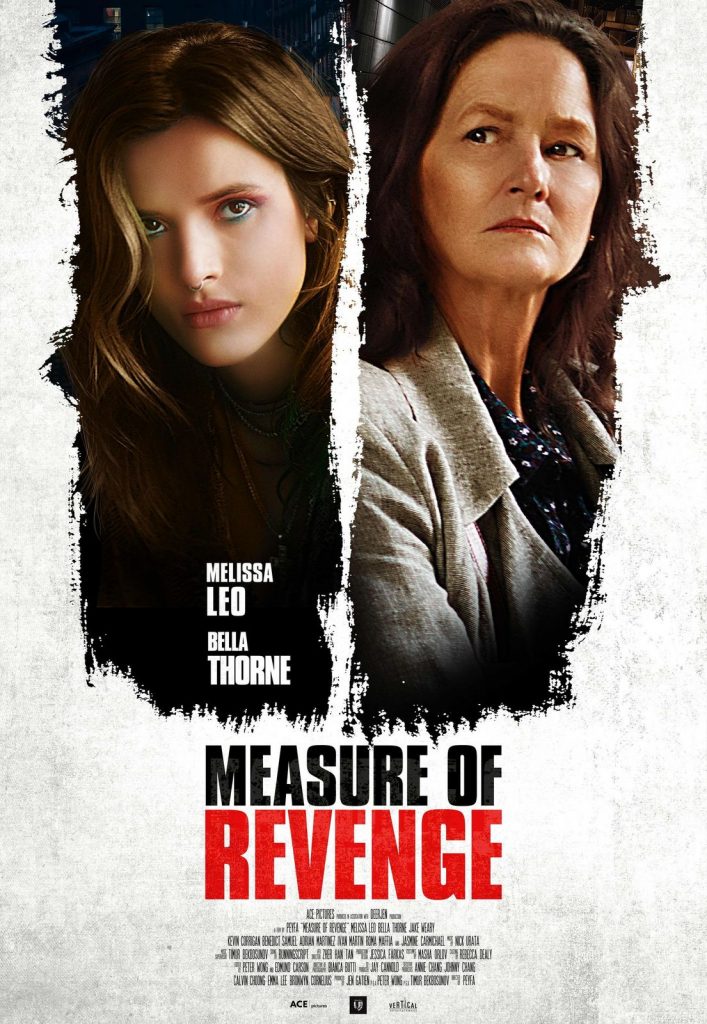 About Measure of Revenge (2022): Broadway actress Lillian Cooper (Academy Award®-winner Melissa Leo) is making her final on-stage appearance when her famous son, Curtis (Jake Weary), is found dead. When his death is ruled as an accidental overdose, a suspicious Lillian decides to take matters into her own hands. On a quest for answers, she strikes up an unlikely alliance with her son’s drug dealer, Taz (Bella Thorne), setting in motion a bloody warpath to uncover the truth and punish those who killed her son.

Measure of Revenge is set to release on March 18th, 2022 in theatres. It will also be available on digital and on-demand.