Talk about a sleeper hit. Like many independent films, Whiplash opened to favourable reviews since its Sundance Premiere, but unlike many independent films, it sustained its favourable criticism which snowballed into numerous awards nominations and recognition across the film world, enjoying ubiquity in “Best of the Year” lists for 2014. It put Miles Teller on the map, catapulted writer-director Damien Chazelle’s career, and tapped into the immense acting skills we never knew J.K. Simmons had.

Whiplash has received universal acclaim and may even be tipped to be one of the defining American films of this decade. As astonishing as Whiplash is, with its dynamite performances from Simmons and Teller who work tremendously with their electrifyingly superb dialogue, not to mention the often dizzying and intoxicating editing that inform the brash pacing, there are still rather fatal flaws evident in this near-masterpiece, mostly in its final moments. 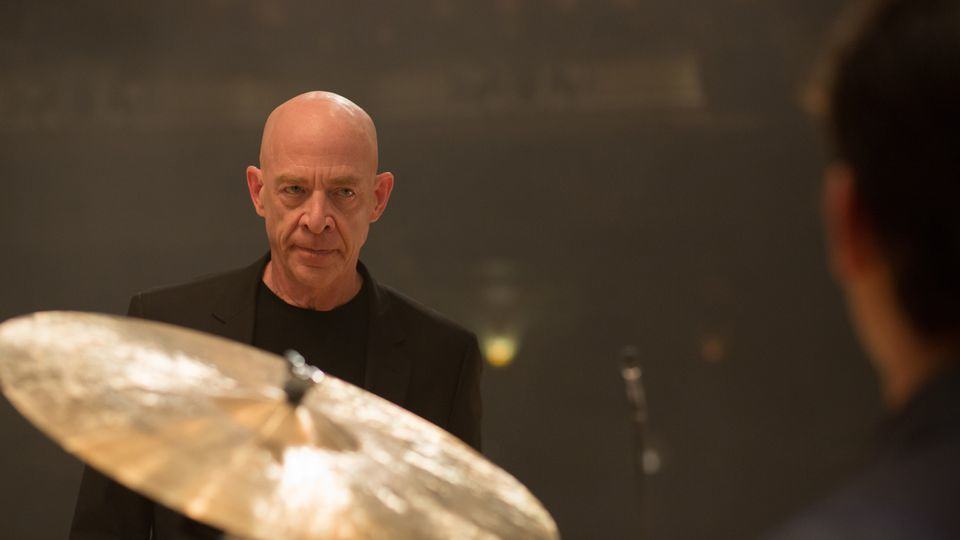 Witnessing the finale sequence of Whiplash and seeing all the film’s ferocity coming to a climax, it seems to reveal how the film’s technical philosophy actually starts to resemble that of big band jazz itself, as it flaunts its technical prowess to make for an extravagant climax, even if goes against the artistic ingenuity that came before it. Whiplash can’t help but build itself up all the way to a balls-out showdown, though at the cost of its own sensibility as it somewhat contradicts the character development that came before it. Terence (Simmons) is convinced that his troubled yet dedicated ex-student Andrew (Teller) was responsible for getting him fired from his prestigious music teacher position, so he orchestrates a plan to humiliate and permanently ruin Andrew’s career by tricking him into performing jazz genres he isn’t familiar with amongst some of the best musicians in the city on stage for some of the most unforgiving and unforgetting judges. After embarrassing himself, Andrew walks off stage feeling humiliated, where the film could’ve ended on a rather depressing note. But Andrew has a defiant change of heart, walks back on stage, rebelliously plays the drums in the genres he knows, playing in the other prestigious musicians who just happen to go along with it, including Terence. In reality, Terence would’ve grabbed Andrew by the back of the pants as he played and threw his ass off stage. But the film isn’t the most realistic one and at times contrives its simple story to wring out even more conflict from its fiery characters.

An earlier scene is another example of this, when Andrew, on his way to an important competition, has his bus break down – a rather untimely consequence, but the sort of unfortunate circumstance that could happen in real life. Nothing a little call to a cab or Uber couldn’t have fixed, but a quick line about not finding cabs (where in the city could you not find one?) has him hiring out a car just so he has to race against time to make it to the competition … and then he’s left his drum-sticks behind at the car rental place, which means even more racing against time as he travels there and back, only to get involved in a car accident due to his frantically careless driving. It’s quite the exciting sight to see this character sweating and bleeding over his drum-kit before he’s even started, but these plot-points feel desperate for excitement and are far too removed from reality (even for a film with as heightened sensibility as this one) in an effort to make the already palpable stresses for Andrew even more pronounced.

Whiplash isn’t a subtle film, it’s an immense one that demands the audiences’ attention through its swift dialogue and editing, not to mention the ferocious performances from the two leads, but it seems at times it creates too much drama and conflict for itself that break the already malleable reality the film had set up for itself. There’s not a whole lot that can spoil this fantastic film and the ideas it offers up about sadistic mentorship and achieving greatness, but its ending is filled with unnecessary contrivances just to make it end on an even bigger note that what preceded it. That may be to some people the perfect big and brash ending, but to me, it felt the film was trying too hard than it needed to.

Top Gun: Maverick Soundtrack: Every Song Featured in the movie