Before watching this documentary, I had been somewhat familiar with Tiny Tim because I had seen some of his live performances in the 1960s and admired his eccentric personality and stage presence. However, I think that no matter how familiar one is with this figure before watching the film, they’re bound to be surprised by a fact or two. You are sure to gain new insight into someone who just might be called the oddest star in the history of show business. Tiny Tim – King for a Day, with its exclusive access to the star’s diaries, interviews with friends and relatives, rare footage, and personal stories, paints a deeper portrayal of a man who was loved, mocked, and ridiculed but it did not affect his fame or his ascend to the top before his descent back into obscurity.

This is of course the standard modern documentary formula. Half-footage, half-narration, mixed with hand-drawn animation but it’s the subject matter that lends the film its fascinating and gripping quality. Tiny Tim’s tale is so incredible that the film often feels like fiction.

Tiny Tim, both now and back then was regarded as more of a comedic act than an actual musician by the public. This is why in the beginning and also towards the sad end of his career he even played in circuses often hailed as “The Human Canary.” Johan Van Sydow’s documentary shows sides of him that were ignored by the public before, the tormented soul behind the falsetto voice and the eccentric mannerisms. 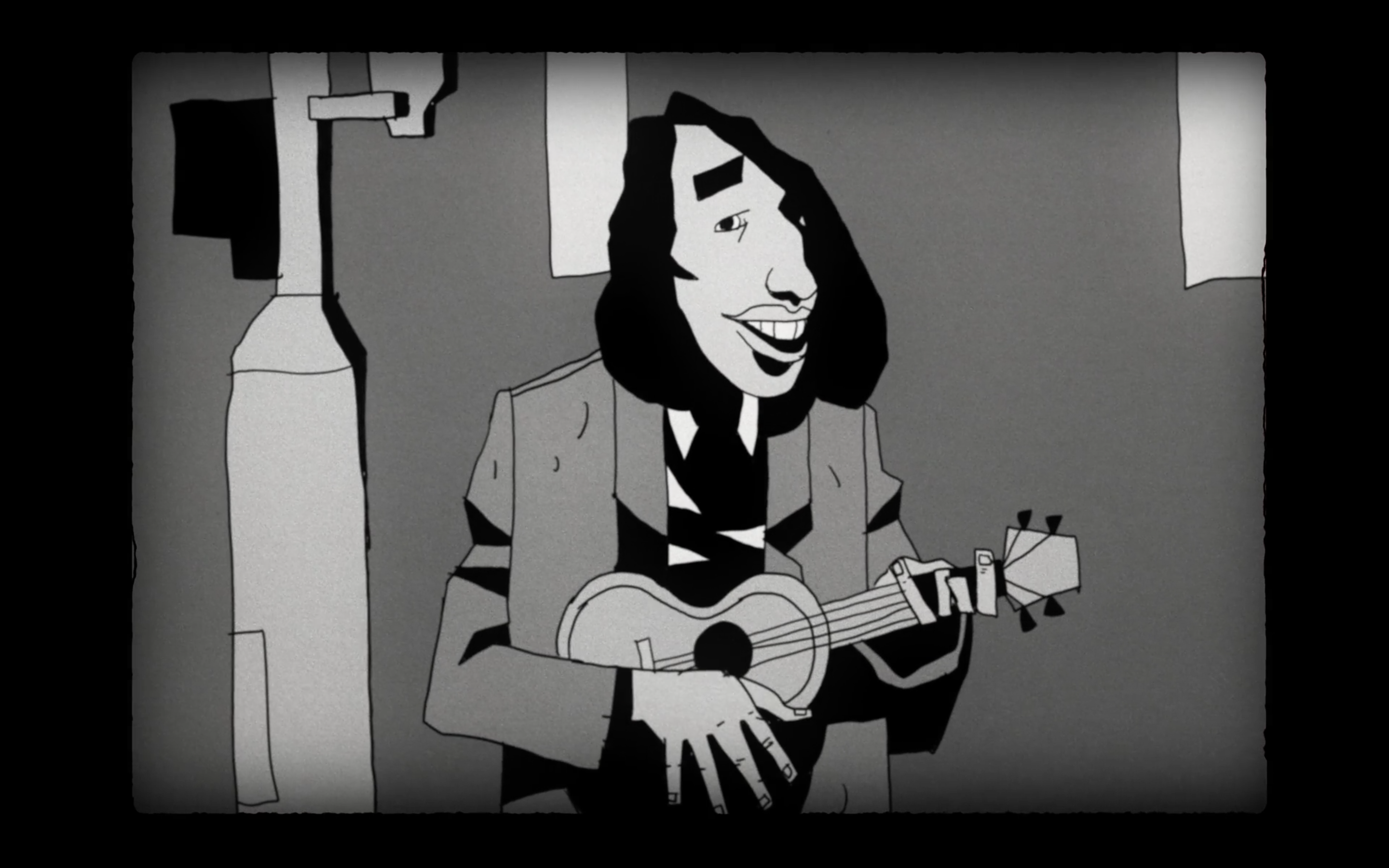 Tiny Tim – King for a Day highlights the different components of a very complex being. The film shows  Tim’s religious piousness, and what you could even call an obsession with the figure of Christ. It delves into the complexities that were perhaps the main source of his troubled mind. His upbringings and sexual awakenings have been described and illustrated with beautifully intimate details from his diaries. How he began to flourish in show business – from street performing in NYC, to being a “freak” in a circus”; his explosion into fame, being maybe the biggest star of the 1960s in America who was always on TV and even getting married on the Carson Show – a television event that was second in popularity only to man’s landing on the moon. The documentary also looks into his fascination with girls, which he valued more than anything else; and finally, in a heartbreaking culmination, his descent into obscurity and his sad end.

With documentaries, I feel that we almost always tend to admire the subject matter a lot more than the film itself. It is understandable but still a little unfair. Johan Van Sydow’s film deserves a lot of praise for truly highlighting depths previously unknown to the public and giving Tiny Tim the respect he most definitely deserved but was often denied. A good documentary prioritizes pacing just as much as fiction and results in as much more immersive medium. Tiny Tim – King for a Day is an excellent documentary in that matter, and one definitely worth seeking out for both longtime fans of this odd star and curious audiences wanting to learn more or simply be entertained.