Wildland [2020]: ‘Fantasia’ Review – Danish ‘Animal Kingdom’ is about the vicious circle of violence

There’s a sense of unease in almost every sequence in debutant director Jeanette Nordahl’s ‘Wildland‘ (Kød & blood). At least till a tipping point comes and the film simmers down, only to tackle you into the confusing state it’s protagonist finds herself in. In doing so, Nordahl gathers a strange semblance of love and violence that share the same room here. Its mutual co-existence in one mafia narrative conjures it above basic genre fare but it’s the inability to really delve into its protagonist’s drive or her cluelessness that keeps the film away from leaving a lasting impact.

Ida (Sandra Guldberg Kampp) has recently lost her mother to a car accident. Left alone in this world at a young and tender age of 17, Ida is completely oblivious about how to proceed in life. While she is still processing the grief that is engulfing her, she also needs to make an important choice. At this conjuncture, she just goes with the quicksand’s gradual flow and agrees to live with her aunt Bodil (Sidse Babett Knudsen) and her sons.

Similar to Wildland – The Columnist [2020]: ‘Fantasia’ Review – An entertaining ride with a timely subject in its hold lead by a phenomenal Katja Herbers

Bodil has been estranged from Ida’s mother for a long time. Her choice to take her in doesn’t sit right with Ida. She asks her acting supervisor to let her settle on her own but since she is still a minor, he suggests otherwise. Ida, though reluctant about her new home, manages to find a sense of peace in the physical tenderness and love shown by her aunt and her three grown-up cousins. The fact that they all still live together even after so many years reassures Ida to stay. 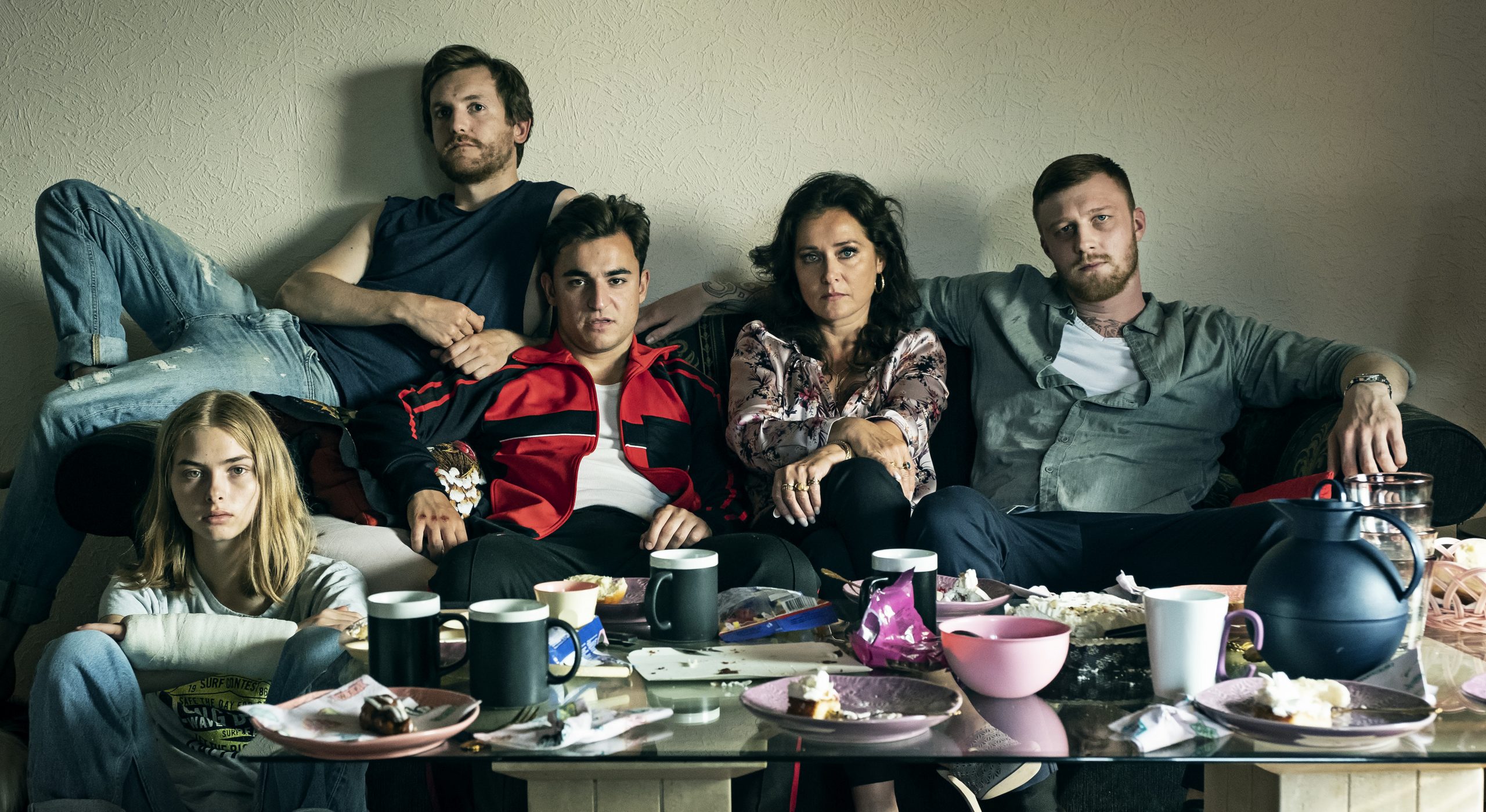 This is until she starts recognizing the pattern around the house. Director Jeanette Nordahl cleverly places sequences of minor acts of ‘happy-slapping’ and mental-bullying around the breakfast table scene. Bodil is a powerful center for this mafia family. Her sole purpose is to keep her business afloat while also making sure her sons are all together in a loving relationship. While Ida is initially unaware of what the family does, she just silently watches the times unfold. She first meets Mads (Besir Zeciri) the youngest of the three sons. She smells something fishy on him yet keeps quiet because she already has a lot going on with her.

After meeting the elder brother Jonas (Joachim Fjelstrup) she is ensured about the family’s love and the idea of them having to stay together. This is to be noted that Ida’s small mind is still trying to process certain ideas of love, care, grief, loss and Bodil’s family overwhelms her to really draw a line where those things become futile. Meeting David (Elliott Crosset Hove) – A coke addict who is more sensitive than everyone else in the family and David’s girlfriend Anna (Carla Philip Røder) who seems to be the only one around with a sane heart and mind shifts her perspective a little.

Related to Wildland – Dinner in America [2020]: ‘Fantasia’ Review – An anarchic and unusual rom-com with a ‘Napoleon Dynamite’ hangover

Ida, though a little reluctant to really open up warms up to the brotherhood and the family. Soon enough, Bodil asks her to accompany her cousins on their business routes. These routes are basically debt-collection rounds that of course involve violence, intimidation, and borderline toxic behavior. Ida is clearly in splits. Perceiving the new-found love of the family, their morally ambiguous undertakings, and the grief she feels from having lost her mother, Ida starts to unravel in her own head. Her curiosity makes her understand the toxicity that seeps into their world. 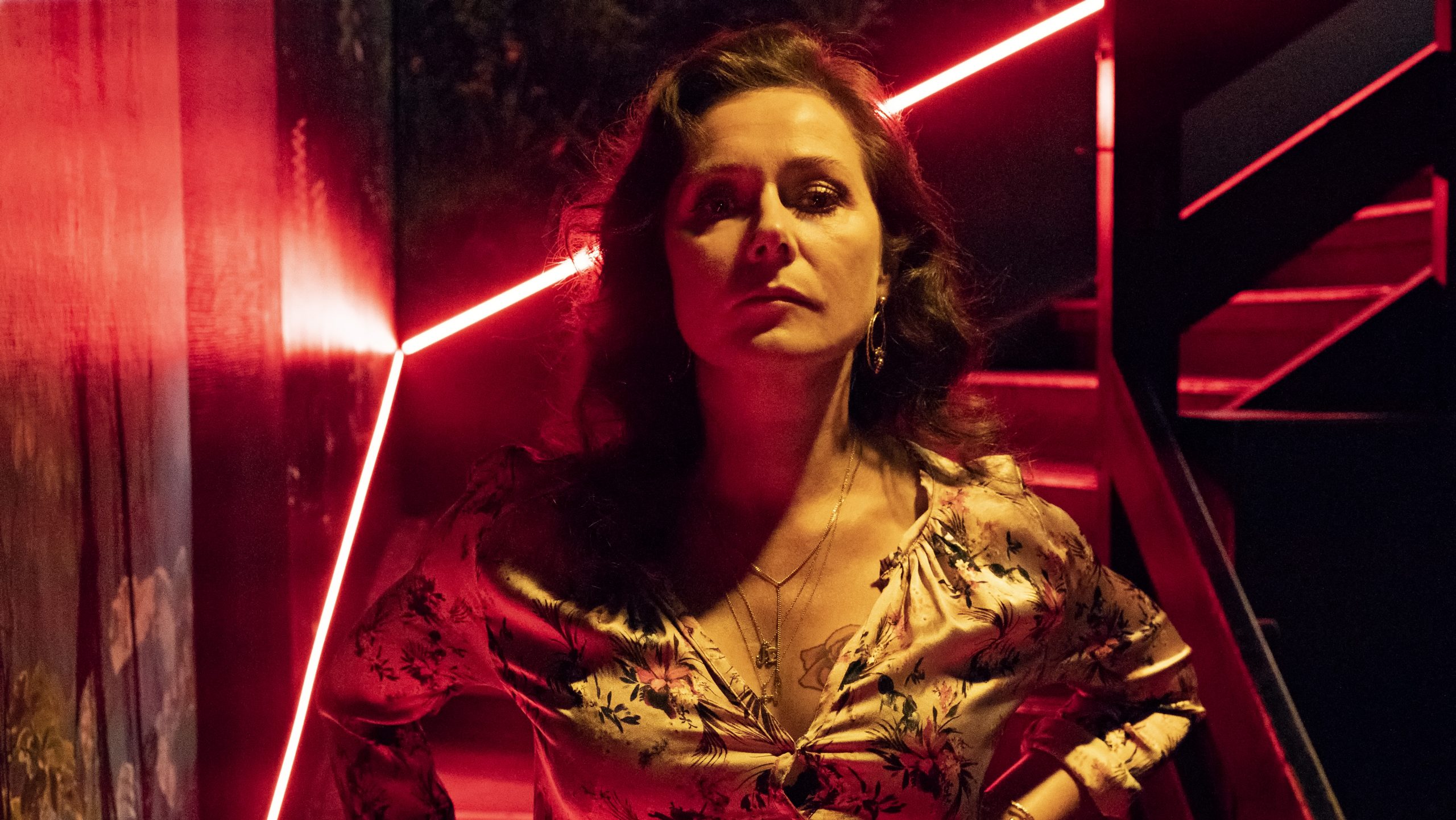 The flipside of David is clearly seen in his drug addiction and his wobbly relationship with his girlfriend Anna. He is obviously sensitive when compared to his elder brother Jonas, who, in spite of being a loving father to his little daughter, shows control over his younger brothers. The youngest one Mads has a childlike side to him but his relationship with his mother doesn’t seem to hold boundaries. The family and their love become an important part of Ida’s life until extremeness comes into question. Their lives along with Ida’s takes a swirling turn for the worse and before she can comprehend what’s right, she is on the crossroad of having to take a morally ambiguous standpoint.

Wildland is an assured debut feature. Jeanette Nordahl knows exactly how she wishes to coax her characters. Choosing to show the proceedings through Ida’s point of view gives her film a kind of susceptibility that is hard to come by. However, she also sorts of exploits her coming-of-age arc and grief to showcase the theme of the circle of violence and how it’s intermingling with love can cause absolute cluelessness. In doing so, the writing suffers and so does a lack of character development from the family’s point of view. Certain narrative devices used by Jeanette only serve the same purpose of reaching out far into one’s consciences to understand where the limit lies.

The tension that she sustains until a major conflict arises lapses out almost immediately. The drama becomes one-note and the stakes of the thriller don’t seem to hold your attention. Sandra Guldberg Kampp as Ida is exceptional. As the confused girl who has to pick between staying within the confines of the family, reporting their atrocious habits, or running away, Kampp does a matured understated balancing act. Sidse Babett Knudsen as Bodil is menacing. In spite of her overall persona that has a loving nature, she maintains a sub-arc in her personality that the audience is unaware of. As the matriarch who controls how things fall back on the family, she feels like a concrete wall.

Overall, Wildland kept reminding me about David Michôd’s ‘Animal Kingdom‘ and how well it managed to take the crime thriller genre to new highs. The film does much of the same but with mixed results. On its own, I will remember the film solely for Kampp’s performance and an assured direction for almost half of the runtime.

Wildland [2020]: ‘Fantasia’ Review – Danish ‘Animal Kingdom’ is about the vicious circle of violence