Ira Sachs’ Little Men is about a bunch of decent people, who ends up in the middle of an indecent financial conflict. Brian Jardines and family from Manhattan moves to his Childhood home in Brooklyn after the death of Brian’s father Max. Now this is a beautiful property with a store front, the store is being rented by a Chilean woman, Leonor, who Max was really fond of, but now that Brian has taken over and who, obviously, has bills to pay, he wants to revise the rent as she was paying a rather low rent to Max until now. 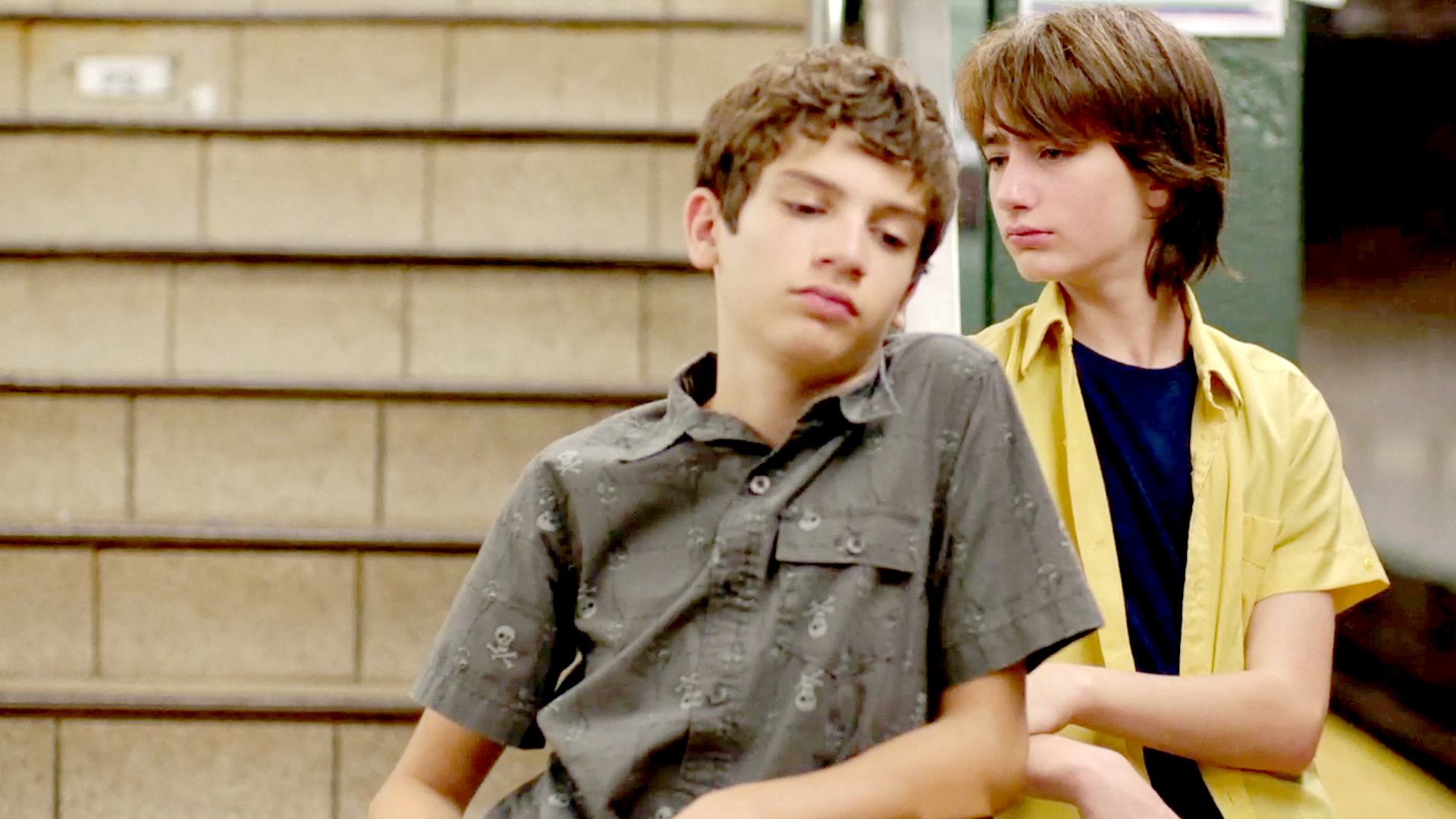 Brian’s son Jake instantly finds a friend in Tony, Leonor’s son. The two become pals irrespective of the conflict between their parents. Both Jake and Tony are aspiring artists and possess the soul and wisdom of true artists. Their indifferent behavior to the whole situation represents the entire worldview of an artist, how they don’t care for the little material conflicts in life and how friendships, relationships and all other kinds of human connection means a great deal to them. Jake is a talented Painter, we don’t see anything he painted but we trust what is being established as we trust the people claiming it. Tony wants to become an actor, thinks he should ask for tips from Brian. These kids are different from each other; Jake is an introvert which Tony complements by his outgoing nature. It’s a big deal for Jake to make a friend in life and so he is really protective of Tony.

There is a strange kind of tranquility and respect the two kids share with each other, the kind of peace and respect only artists could share. Tony is also some kind of role model for Jake, like a big brother who isn’t really older. There is a scene in which Tony tells Jake that he is not talking to his mother anymore because of the whole matter of possession of the shop is inflicting on Tony’s friendship with Jake. This influences Jake and he does the same to his father, until a point where Brian had to lose his cool and call the kids selfish for never thinking about anyone else but themselves. Brian says that kids never realize that the parents are also humans, who do mistakes. It’s a kind of Drama where there are no obvious good/bad people, just circumstances making people go against their true nature.

Little Men is a film about the relationship between parents and their adolescent child. It is also about a wise kind of friendship shared by two artistic souls. It’s a film about Brooklyn, the place where people from everywhere live together and exchange their cultures, where a native is almost as vulnerable as an immigrant, but like I said before, it’s a film about decent people, people who solve their matters by sitting around a table and not by arguing on the streets, the kind of people who, amidst all differences, invite other people inside their homes and do not shut the door on their faces.

Midnight Cowboy [1969]: Castaways on the Streets