Here is the 9th Edition of the HOF-Men Recommend Series. Like every time, we came up with a list of 10 movies you must see: 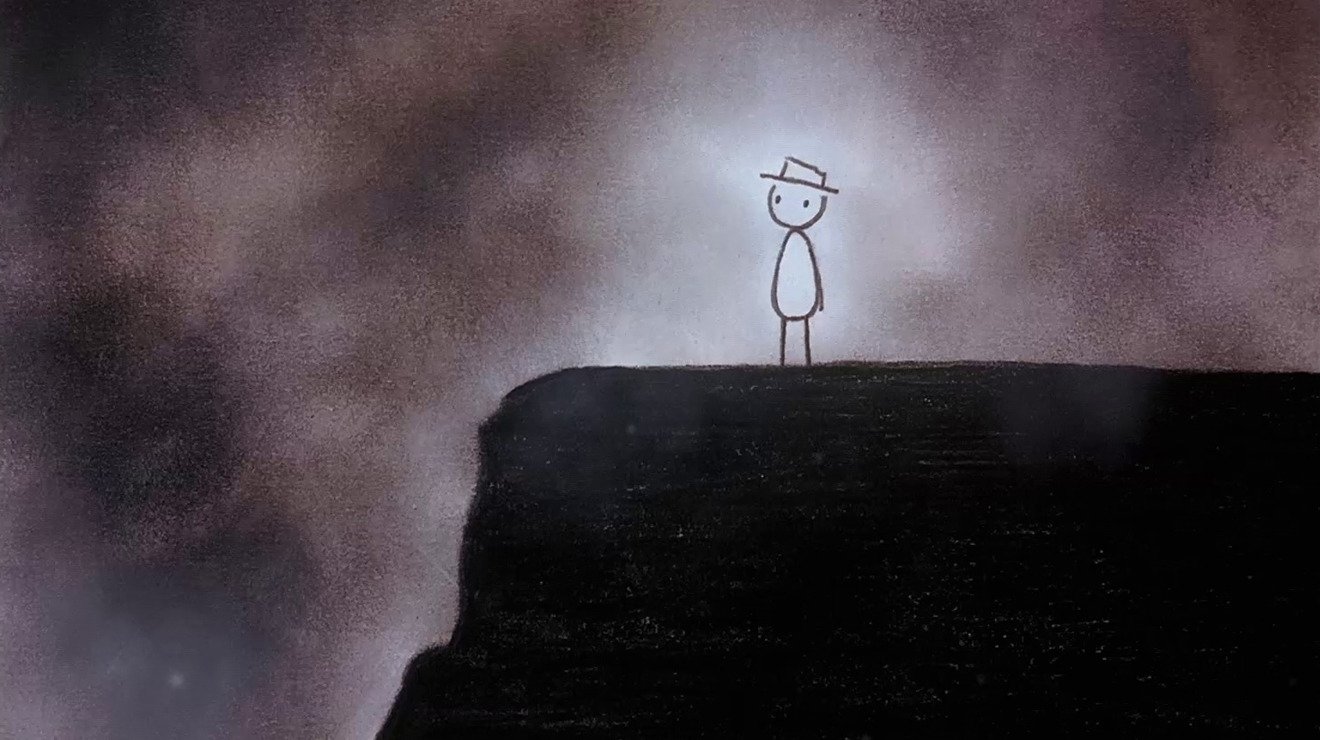 Imagine yourself as a human being. You’re playing soccer with a seal when a train runs over you and opens your skull. This is the climax of a miserable movie called life. You’re lying in the bed surrounded by vague figures. The fragments of lost memories dance in front of you.  Your head detaches from the body and floats in the space like a balloon. In this final moment of death, you feel elated. You stare death in the face. It looks like a Don Hertzfeldt movie.  You wish you had watched It’s Such a Beautiful Day when you were alive. You want to go back in time and impart this wisdom to your younger self.  You want to recommend It’s Such a Beautiful Day to everyone present in the room. But it’s too late. The World of Tomorrow awaits you. 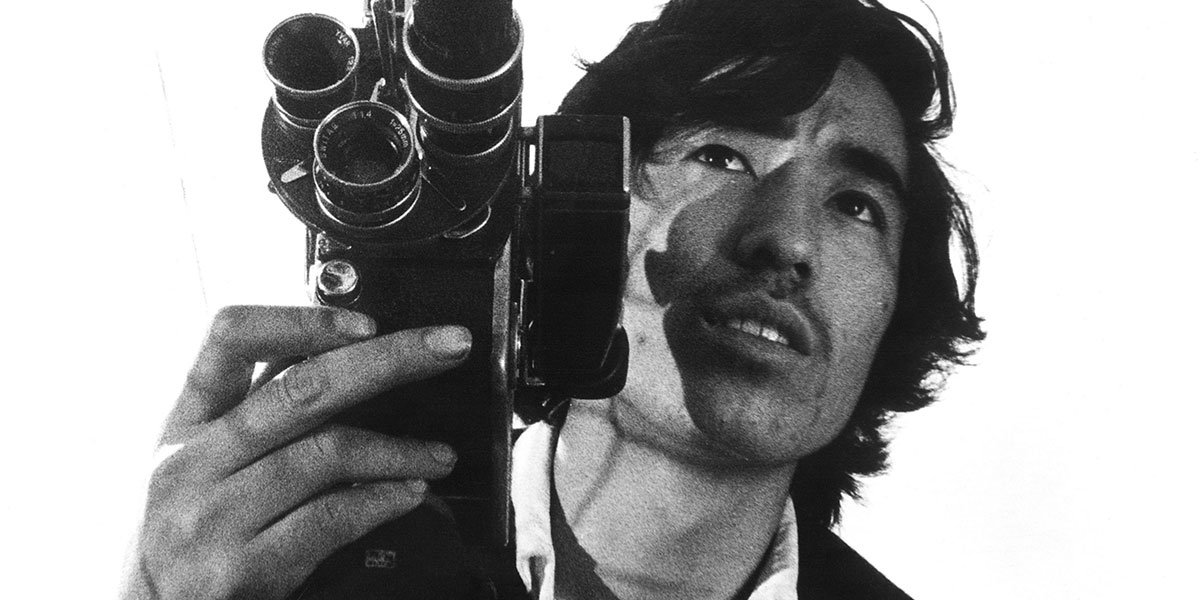 Films of Oshima often portray the internal struggle of protagonist that leads to self-discovery. The Man Who Left His Will on Film is the masterpiece of meta-filmmaking where a university student commits the suicide and leaves his testament on the film. His camera is confiscated, his film is seized. The metaphysical mystery here is why the man who was supposed to capture the struggle of riots wasted the film stock by taking random shots of streets and rooftops. His friend attempts to find meaning by recreating it, while his girlfriend bathes naked in the images of the film. Every film is the testament of its filmmaker. Is this work of art filthy just because it cannot be perceived? Can one find the meaning or beauty in mundane landscape shots or is it just the waste of film? 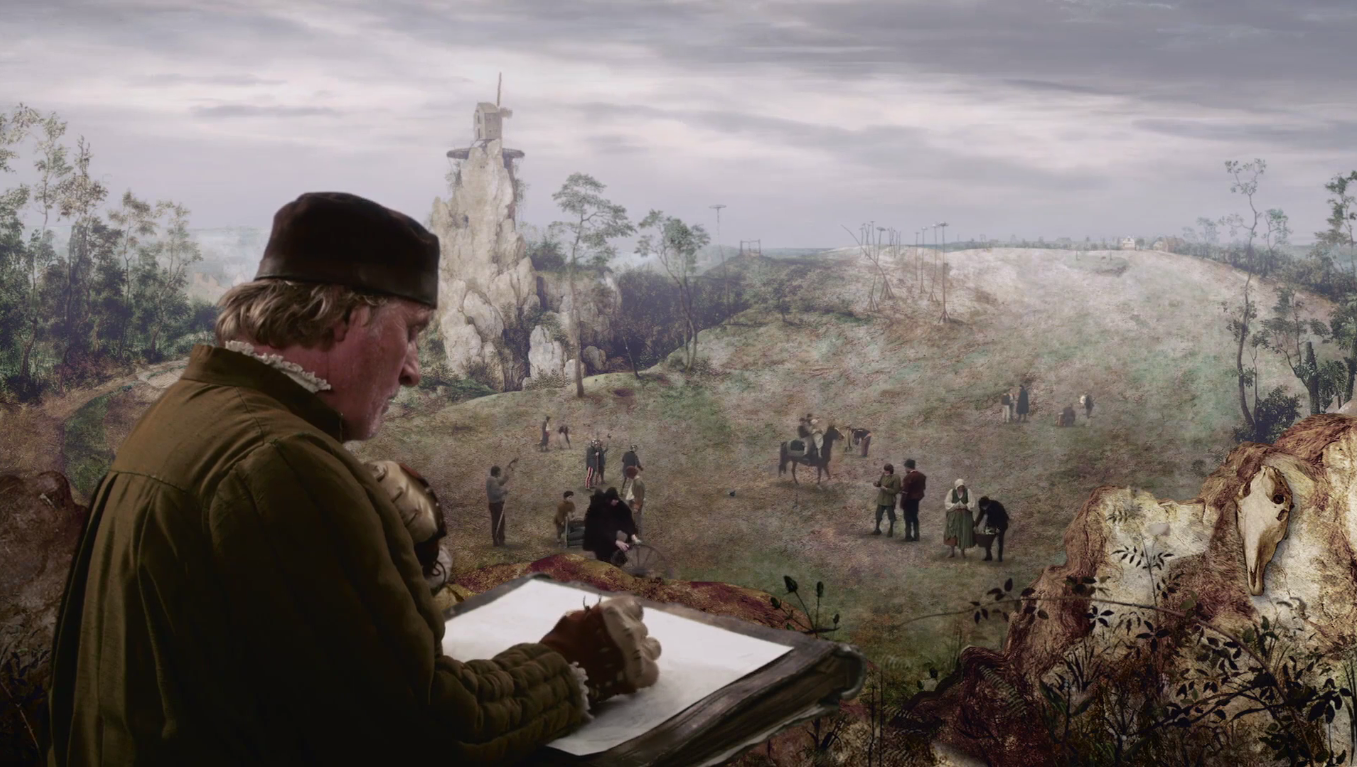 The phrase ‘every frame a painting’ resonates strongly in the cinema of Polish artist Lech Majewski. His films are marked by stillness where characters are almost motionless. In this film, he brings Bruegel’s famous painting- The Way to Calvary- to the life. Majewski scratches the layers of history and culture to reveal the haunting details of painting filled with blood and brutality. We see Bruegel in the middle of composing his painting, like a spider weaving a web. Through this painting, he tells the story of Spanish Catholics oppressing peasants of Flanders, stories of the fallen god, mighty mill, the tree of death and the mother of condemned. Bruegel is the passive observer of humiliation and torture. Despite all the cruelty inflicted by humans, the real enemy in the Mill and the Cross is time. He paints so that he can stop the time and wrestle the senselessness of moment. Majewski composes every shot with perfection, using hundreds of filters to give it the look of a painting. He is to cinema was Bruegel was to painting. 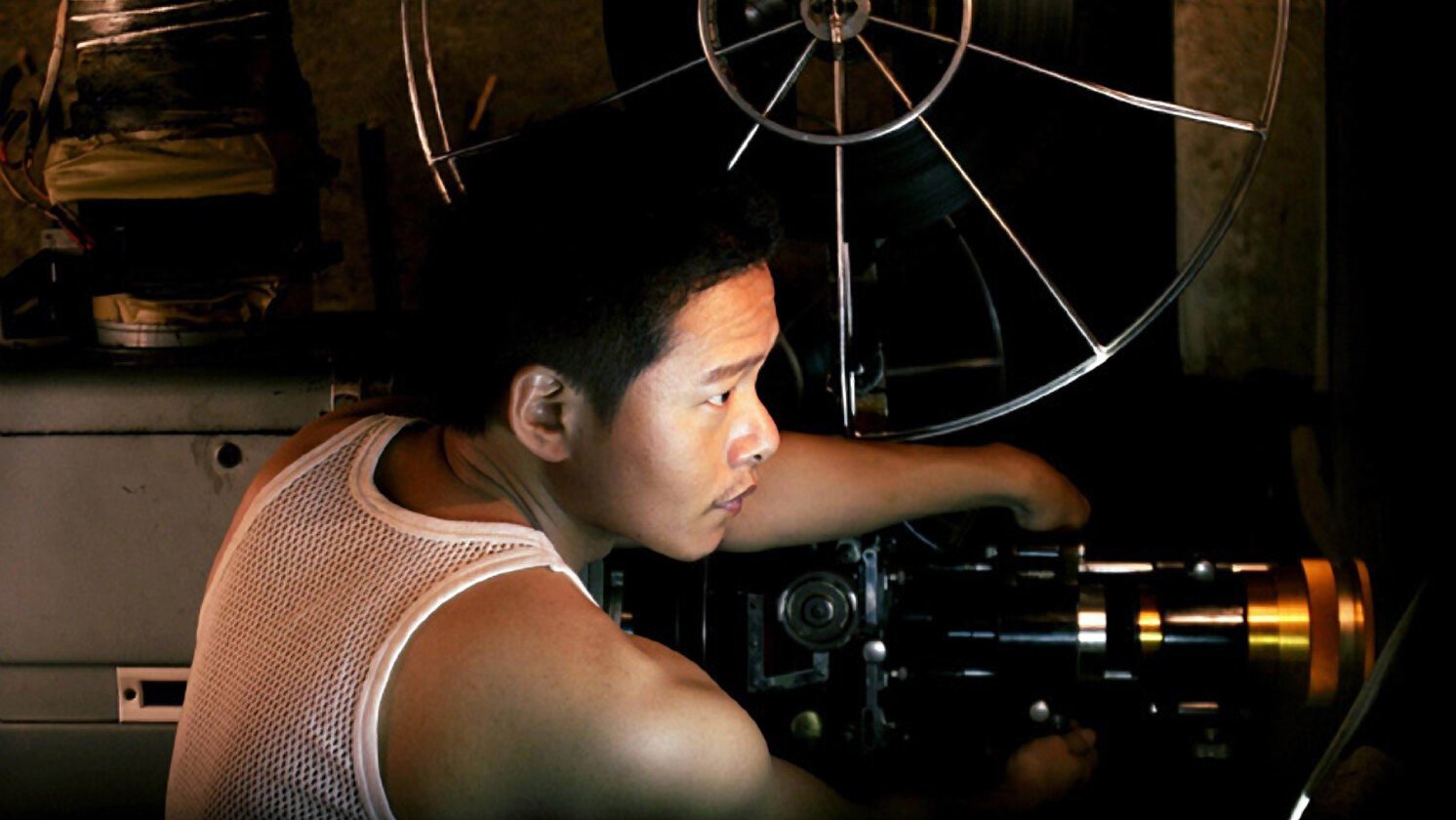 An old theater in Taipei is closing. The film revolves around few people attending the last screening of Kung Hu’s classic martial art movie Dragon Inn. We see viewers watching the movie. An old man cries watching himself in a movie for the last time. ‘No one comes to movies anymore,’ he says to a friend who also co-starred in the original movie. More than the death of cinema, the film is about the death of cinema-going culture. Will our future generation consume cinema the same way we do? Will they know what is it like to immerse oneself in the projection screen surrounded by strangers in a dark room? In terms of action, nothing much happens in this movie, even camera doesn’t move, and yet it moves our heart with its profound images. 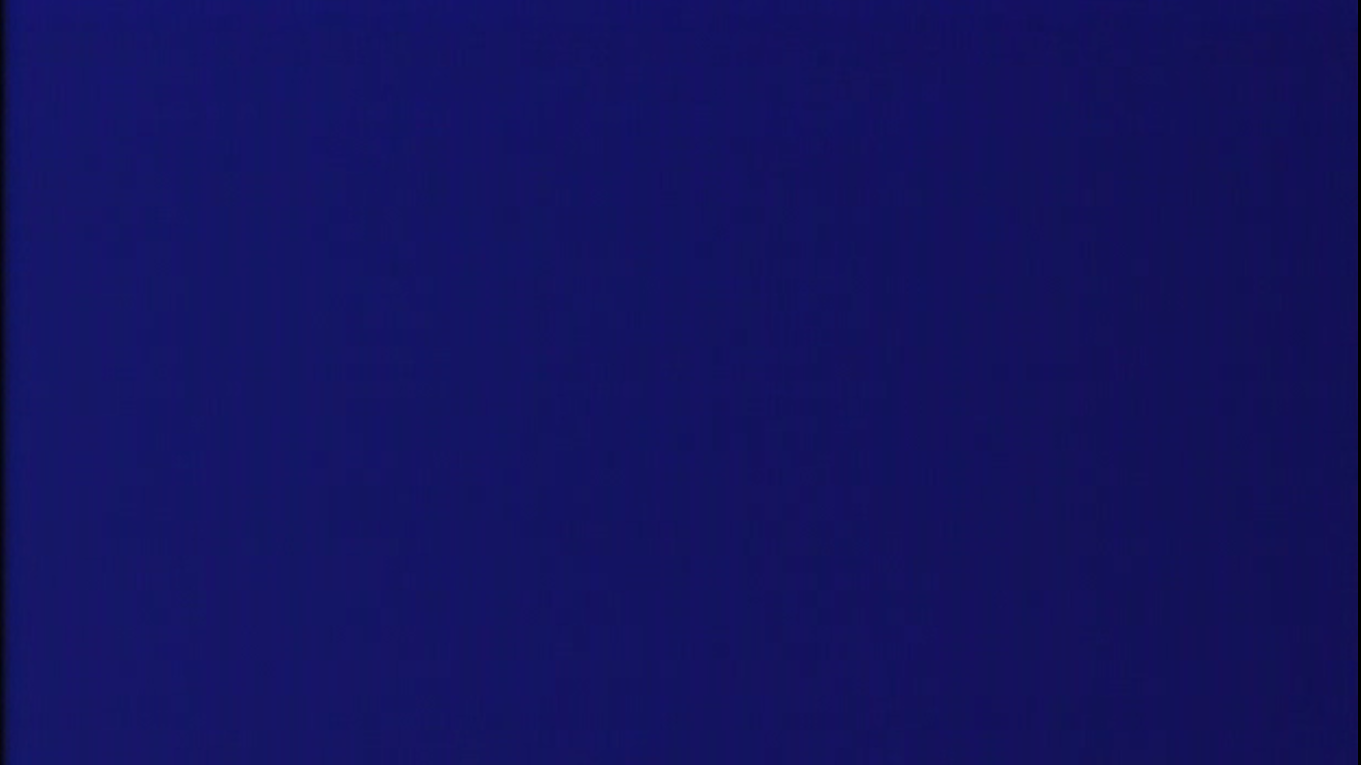 The inclusion of Derek Jaramn’s Blue may seem incongruous, for it defies our preconceived notion of what cinema is. Instead of moving images, viewers are confronted with the static blue screen.  This is the cinema of sound.  Everyone sees a different film based on images emanated from the sound.  It relies on the imagination of viewers and can be a test of patience at times. Jarman made this film when he was going blind as a result of AIDS. He painted his illness in blue and narrated it. He accepted his sightlessness and started thinking blind, becoming blind. There is an endless sea of possibilities when you get rid of images. It pushes you to pay attention to words and create your own image. The lack of images in movie raises an interesting question: what do you see when you cannot see?

Weerasethakul makes the kind of cinema that heals your soul. Rural hospital, quirky characters, local myths and dreamy atmosphere are recurring tropes of his films. If the same people meet in different time and place how different their relationship would be? Syndrome and a Century is an abstract film, but it is so engrossing, you don’t care about the meaning. The first half tells the story of a country doctor who confesses his love to a fellow doctor. She then talks about her encounter with orchard farmer. A monk who once aspired to be a DJ feels a connection with his dentist. Another monk believes he is possessed by a chicken. The second half tells the same story in contemporary urban setting. However, here, the monk doesn’t even talk with the dentist. Everyone is more mechanical and detached. Using different time and places, Weerasethakul explores the mystery of human connection.

As I was Moving Ahead Occasionally I Saw Brief Glimpses of Beauty (2000) | Dir. Jonas Mekas 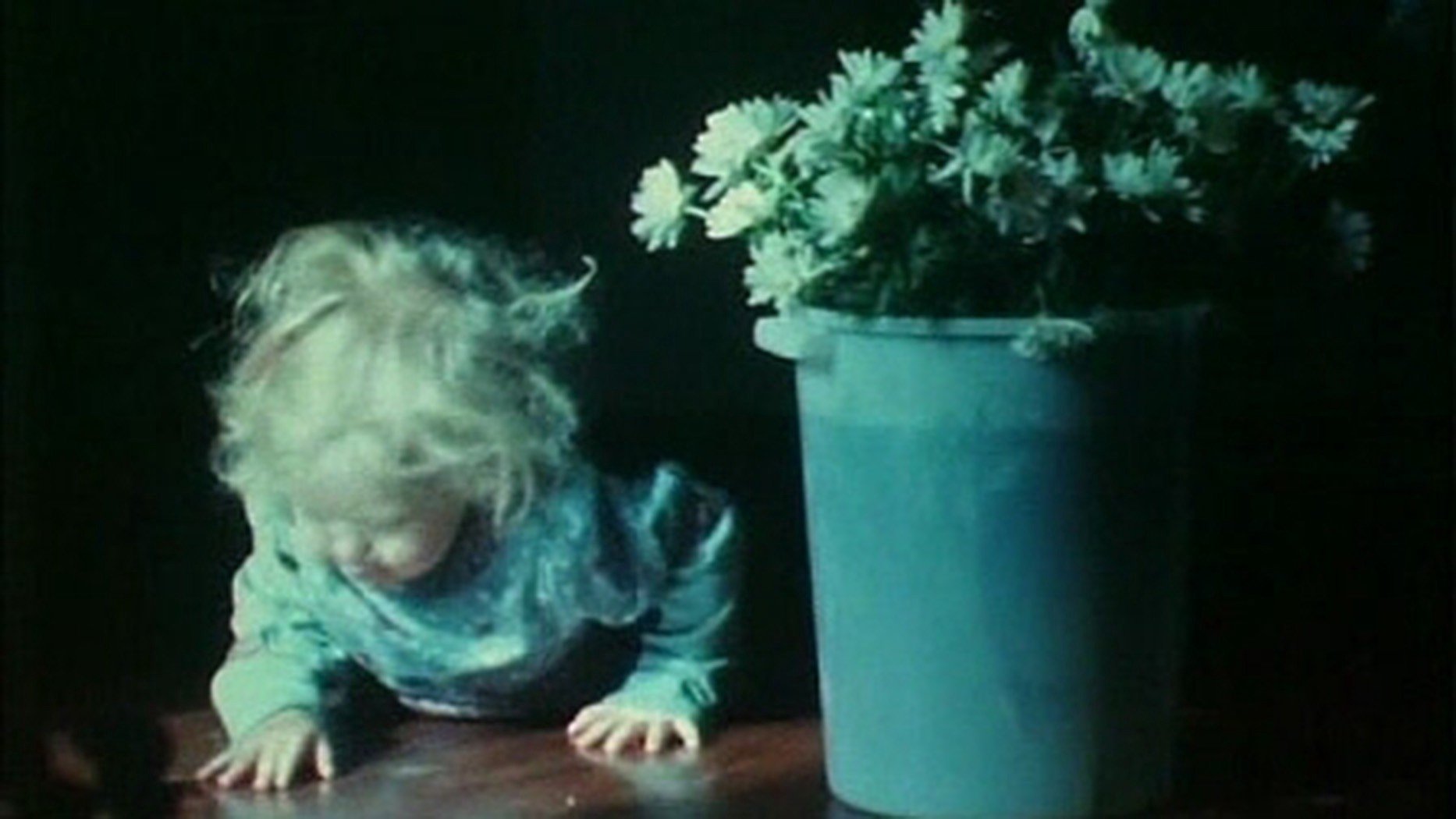 Would you watch a five-hour long documentary in which nothing happens? Probably No. But Mekas’ film diary is one of the most honest and uncompromising work of art that finds cause for celebration in mundane things. The images on screen are trippy, incoherent, the world is strange yet familiar, and if you stay in it long enough, you become the part of it. In this film, Mekas narrates his own story sprawling across a decade. Although it’s very personal journey, somewhere you begin to see your own reflection in his past, his memories become yours. In those shared moments, you realize how beautiful the life is. It’s one of those films that change your outlook on existence.

Imagine a lesbian soft-core version of Bran Stoker’s Dracula seen through perverted lenses of Jess Franco. The film opens with hypnotic nightclub sequence where Countess Nadine plays with mannequin-esque naked lady.  Nadine, a vixen vampire, and the successor of Dracula, hypnotizes Linda to quench her blood thirst. Seduced by the Countess, Linda walks straight to the Island of Death. Dr. Steiner, the vampire expert wants to vanquish Nadine and achieve immortality. Jess Franco is the master of sexploitation flicks. In his movies, everyone is driven by desire and evil is presented in the most beautiful form. He takes us into familiar world of sun drenched landscapes, colorful motel rooms, ladies with excessive makeup and musical orgasms. This is one of the most exciting erotic horrors from the massive archive of Franco.

You are about to enter the realm of Systematic Statistics. It is the world of television, where every pixel is a fragment of man’s life. It lies between obedience of a corporate monkey and detachment of a skeptic mind. On this lonely island, a castaway receives a bottle of empty promise every day. Island City is the anthology of isolation that tells the story of employee whose life swirls around the merry go round of corporate world, whose life is as mechanical as the machines she operates; a stingy family man who can be easily replaced by TV; and a woman who just wants to be loved by a human. Ruchika Oberoi’s directional debut is weird, quirky, and thoughtful. A near masterpiece.

Valerie and Her Week of Wonders (1970) |Dir. Jaromil Jireš 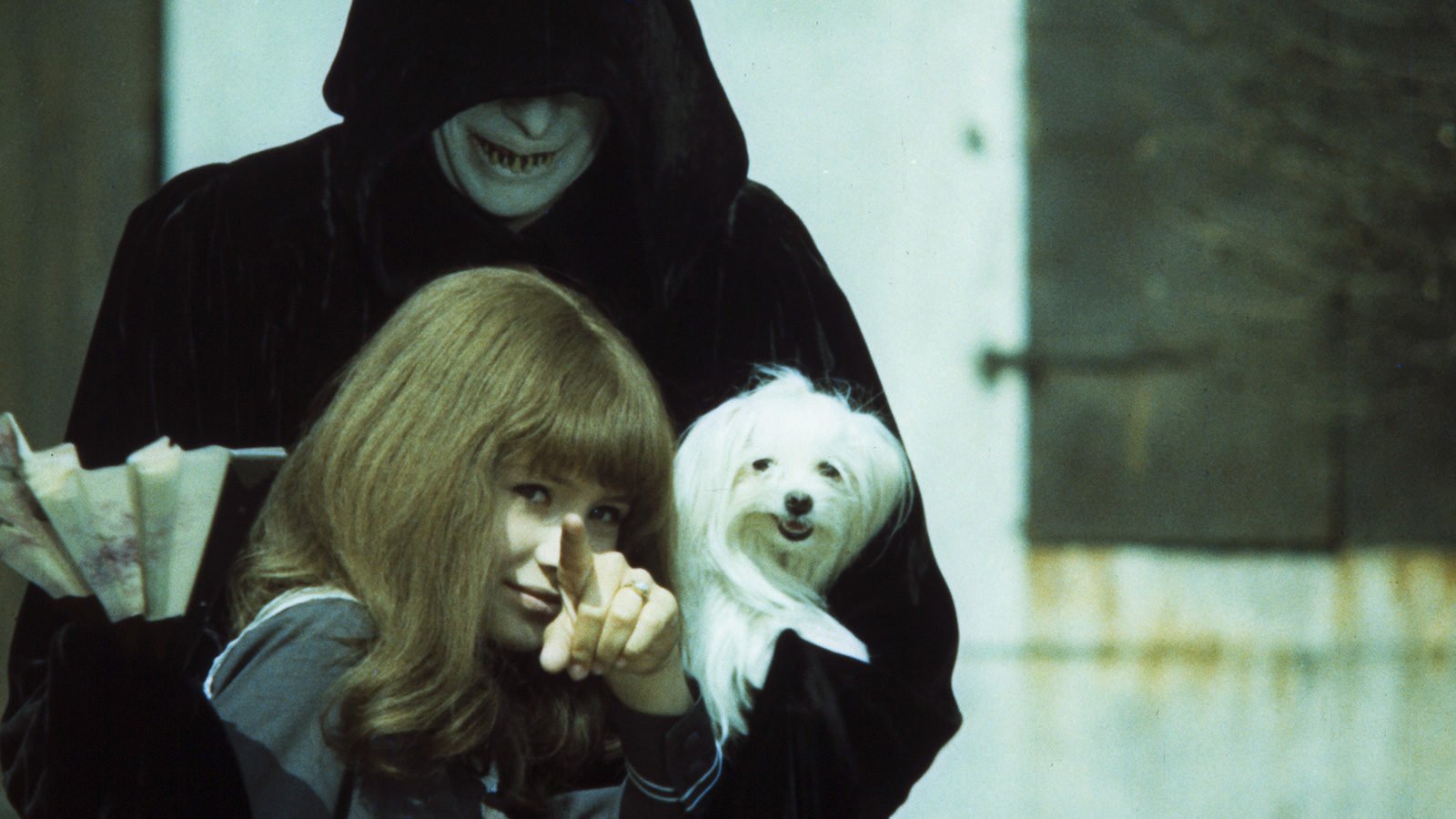 Valerie’s blossom into womanhood transports her into the Gothic world of vampires, shape-shifting beasts, psycho-sexual priests, and magical earrings. This surreal fairy tale boasts of mesmerizing visuals, elegant costumes, and top notch production design. It is one of the most beautiful looking films. This rare coming of age movie unfolds like a surreal journey of sexual awakening. Valerie’s sexual desires are suppressed by religion. As she menstruates, Valerie succumbs to her lustful desires and experiments with sex. The film has a thin narrative which is impenetrable due to dream logic, but the visual enigma of Valerie is wonderful to behold.