Here are the 10 films that made it to our 11th edition of our ‘HOF-Men Recommend’ Series. You can check out the 10th Edition here.

Pablo Larrain’s seditious critical & quintessentially scathing film “The Club” functions as a complex psychological drama that vicariously creeps inside the psyche of Priests and ultimately strips down the putridness of religious institution and authoritarian. The Club is an intelligent, bold and raw film, well aware about the existence of the deeply flawed institution, and blunt enough to showcase, not to question, sacrilegious souls present in disguise of religious authority.

Larrain, who co-wrote with Guillermo Calderon and Daniel Villalobos, showcases the collision of pseudo ideologies ruining several lives; importantly, it pitches what religion and institutional authorities do to an individual on either side of the fence.

Read the complete review of The Club here. 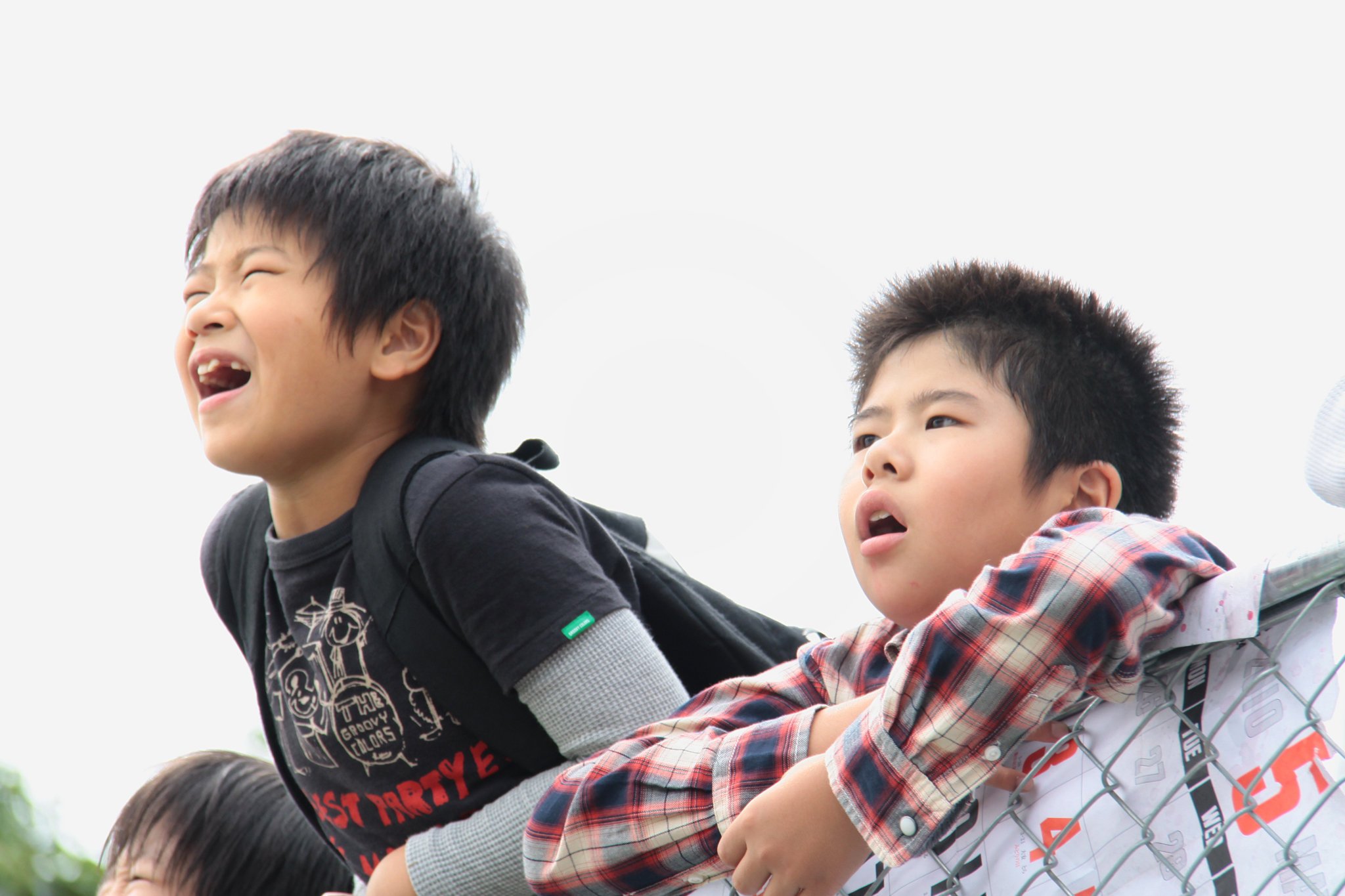 “I Wish” sounds more like a fairy tale film but it lingers in the realm of a graceful realistic tone & an honest approach, where two brothers stay apart owing to their parents’ separation and their attempt to reconcile with them. Though the plot is about the kids trying to unite them, do not expect that the process of uniting the separated couple heavily relies on cliche filled manipulative moments that many films have dealt in past. Detouring from it, the film focuses on the impromptu decisions without their implications and the adventure two siblings follow to make it happen.

“I want you to grow up to be someone who cares about more than just your own life,” Koichi’s father tells him on the phone, succinctly summarizing the film’s definition of maturity, which is less about achieving a dream than accepting one’s place in the larger world, as messy, sad, and wonderful as it can be.

Read the complete review of I Wish here. 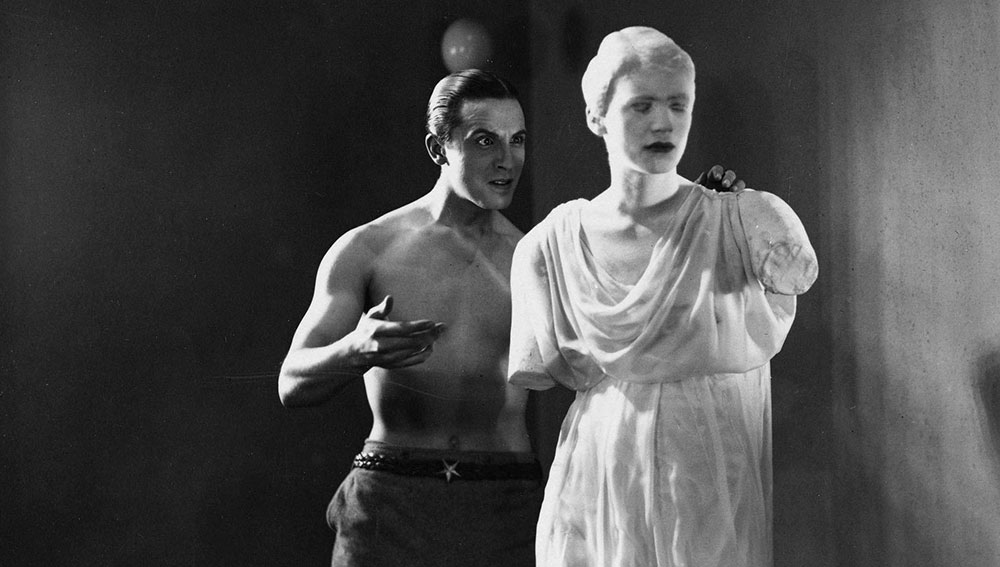 Jean Cocteau, a poet and a writer, is regarded as one of the most influential film-makers whose traces of influence could still be visible in the post-modernist films. In the first chapter of ‘The Orphic Trilogy’, Jean Cocteau explores the agony & joy of what it takes to be a true artist. Every frame of the film oozes the poetic narrative that makes this film more intimate and explorative work of his consciousness.

Divided into two parts, Cocteau flirts with symbolism and metaphors, keeping the surface level story quite engaging for a passive audience who doesn’t want to dig much. He tries to search for the bridge that connects the poems with the reality of the world.  Sometimes, hovering into the pretentious mode, ‘The Blood of a Poet’ is an honest attempt at exploring the life of an artist. 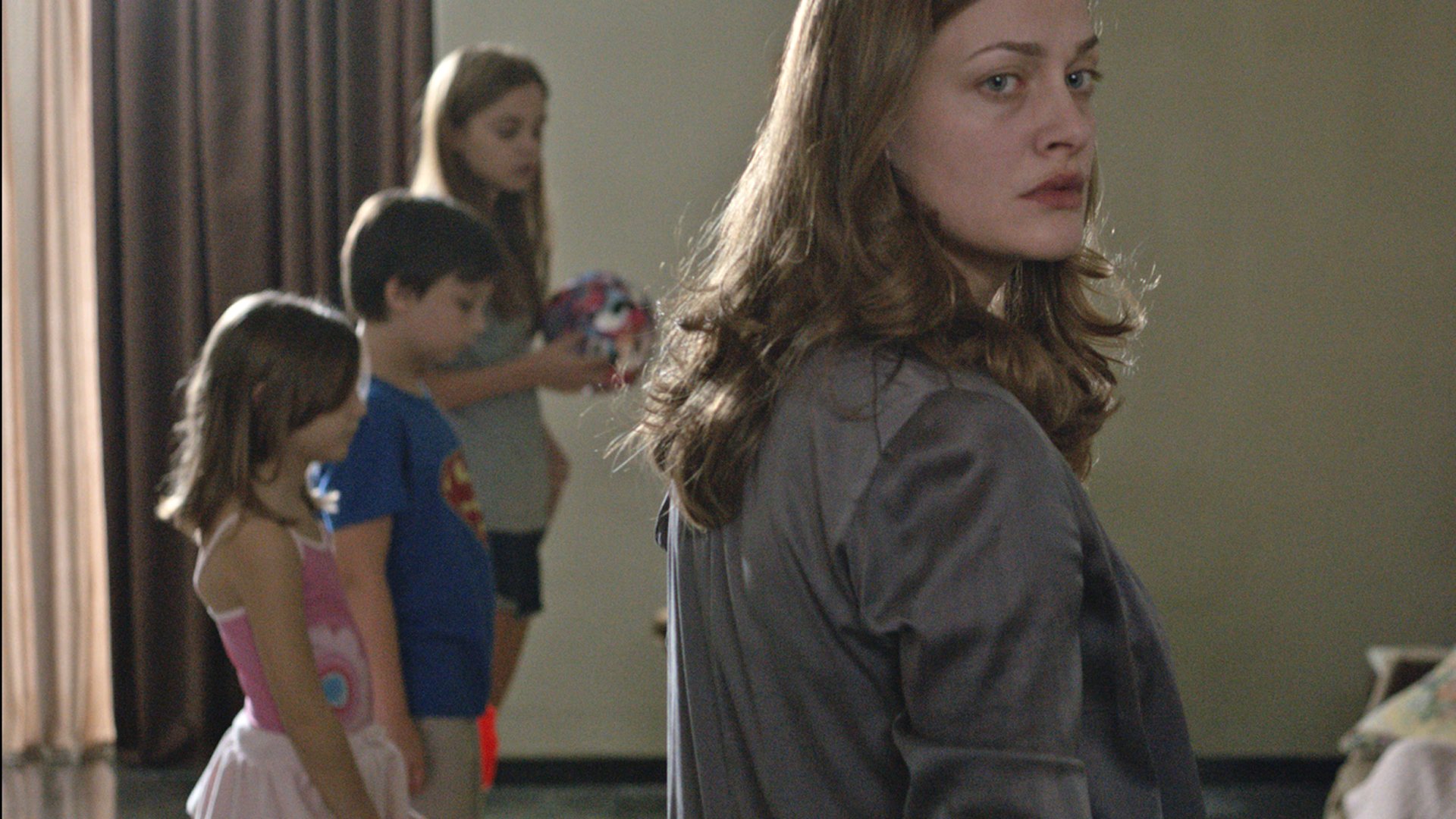 Miss Violence is one of those bizarre Greek films that is painted using a black brush on the black canvas. From the opening scene, where an 11-year girl commits suicide on her birthday, things get too horrifically complicated when the entire family pretends as if nothing has happened. On the top of that, the moment you settle for something good to happen after all those silent but disturbing scenes, it unfolds more hidden secrets of the family that might even offend your sense of family values. It carries an uncanny resemblance to Yorgos Lanthimos’s Dogtooth and Attenberg but Miss violence is more horrific in nature.

In the hands of any other film-maker, Tristan, based on the novel by Benito Pérez Galdós, would have been a unidimensional character study of the unusual, a shifting power relationship of an old perverted aristocrat and a playful orphaned young girl. But in the hands of avant-garde surrealist Luis Buñuel, Tristana comes off as a strange and elusive film, at times hypnotically enigmatic and sexually charged, that nurtures in the grey area of relationship driven by the dynamics of ever-shifting power between both the sexes.

This is Bunuel’s least surreal film but he never shies away from subtly but fervently injecting his antagonistic views of churches and socio-political satire of post-WWI Spain, around1930s. Even in the straightforward film, Luis Buñuel doesn’t shy away from incorporating his trademarks: a dream image of Don Lope’s head in the place of a church bell is characteristically anticlerical and proves itself appropriately surreal. 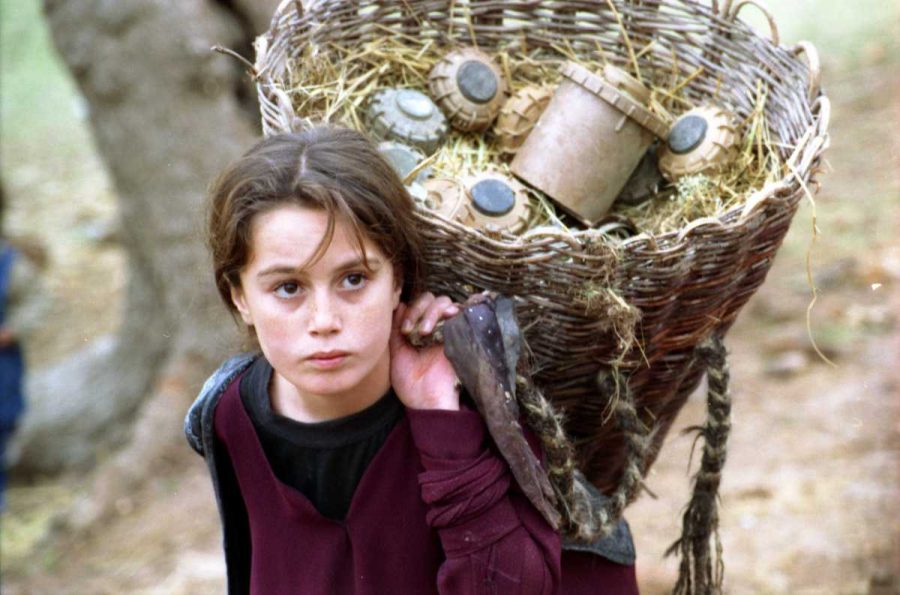 “Turtles Can Fly” is a powerful and disturbing film in the backdrop of the US attacking Iraq, showing the plight of Kurdish refugee camp’s people through the eyes of fearless children, reminiscent of “City of God.” The film revolves around a kid named ‘Satellite'(Courtesy to his ability to install TV dishes) and orphan siblings Hengov, Agrin and blind kid Riga. Satellite is a very influential and powerful kid in the refugee who somehow manipulates not only all the kids in the refugee camp but also the elders living there.

Shockingly, the kids from the camp work under Satellite, cleaning the minefield in a nearby village, robbing them of their proper education. The film takes a satirical but painful jibe at the media selling lies to pocket the ‘Cash’ and how kids are ill-treated and manipulated without sentimentality attached to the narration. The film is about personal politics than the global one, and a portrayal of the psychological and physical suffering of kids who are caught in between the war. 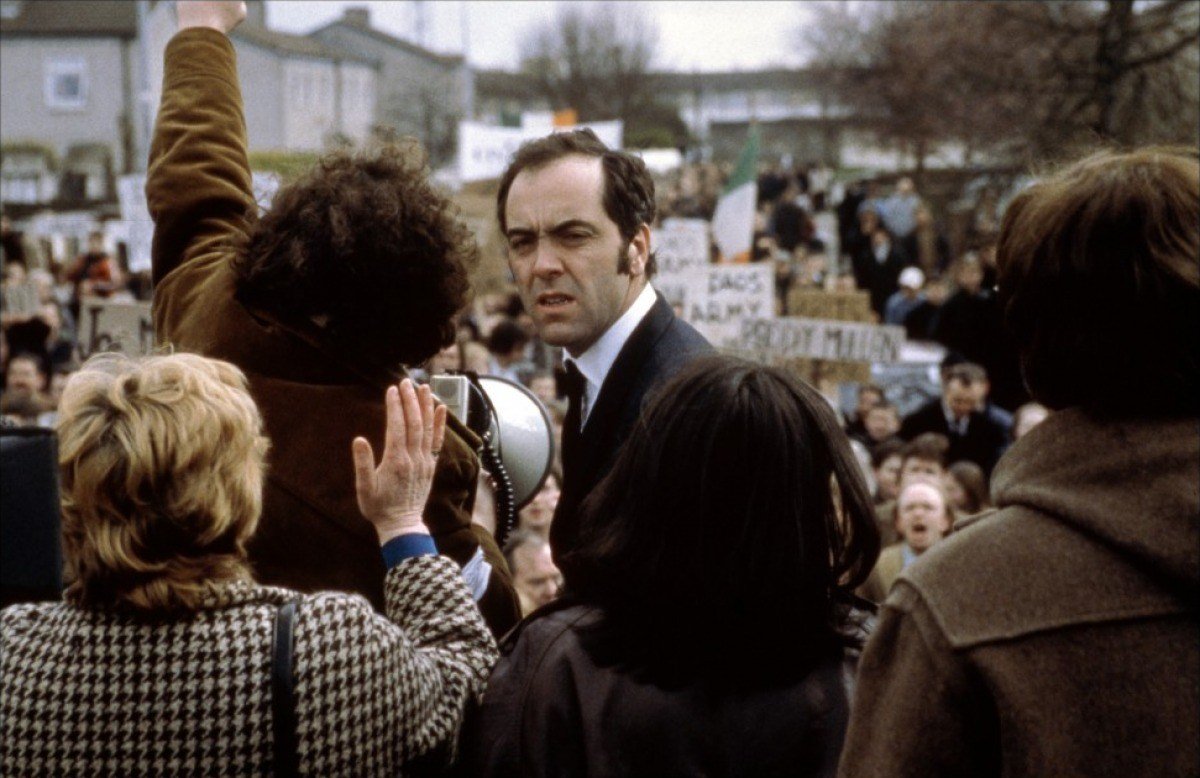 Bloody Sunday is one of the most intense, emotionally taxing, and visceral films whose narrative is structured like a powerful docudrama retelling 1972 demonstrations. ‘Bloody Sunday’ that saw a group of Ireland citizen from Derry set to march in protest of the internment without trial on 30th Jan 1972 and the fact that 27 people were shot, 13 died, may not dread you given the terrorist violence going around in today’s time. But this harrowing event has seared into the mind of people as one of the bloodiest days, and thanks to Paul Greengrass linear impassioned narrative treatment that plays out organically to develop the sense of authenticity to it, sacrificing on developing any characters except for James Nesbitt’s Ivan Cooper.

Rather than following any specific character to give a one-dimensional view of the event, Greengrass concentrates on the event as a first person. He captures all the characters in the second person, except when they are talking to media, that creates a sense of virtual space for the audience to witness the event.

Ernakulam’s green lush is gradually turned into a land of crime & alcohol cartel for political and personal mileage. Kammattipaadam’s quite smartly handles the emotional pathos of friendship put to the test midst of the rise of crime where trust, love, and loyalty are hanging by a thin thread. The film has its own share of flaws, it has an incoherent screenplay but that is compensated by the strong performances of all the actors & some remarkable characterization that will be etched in mind for long.

Rajeev Rai focuses on how people from the lower strata are reduced to a mere object in the hands of not so powerful men for their own agenda. How the elimination of such group has shaped the Ernakulam’s underbelly. The film’s narration is strongly supported by the soundtrack  & cinematography that evokes the sense of agony & anger. Vinayakan’s performance is the highlight of the film. He has given one of the best performances of 2016. 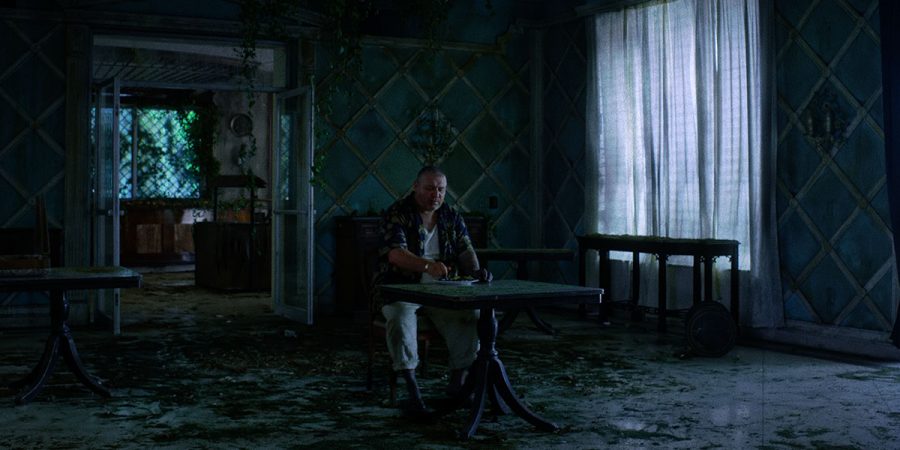 As interesting as the title “All You Can Eat Buddha” sounds, the film gets even more intriguing & weirder every passing minute and gradually drifts into an unknown space until it becomes an entity of its own. Like the other world governed by some mystical power. Or perhaps some spiritual power. Or the power of gluttony. The opening scene in itself is so incredible that it feels like a warning from debutant film-maker Ian Lagarde for the bizarre events that unfold leisurely.

“All You Can Eat Buddha” is left open for interpretation and you can choose what you wish to believe in. Ian Lagarde’s confident screenplay and direction make the whole gamble of gluttony mixed with spirit and its implication on human core emotions worth a surreal experience.

Read the complete review of All You Can Eat Buddha here. 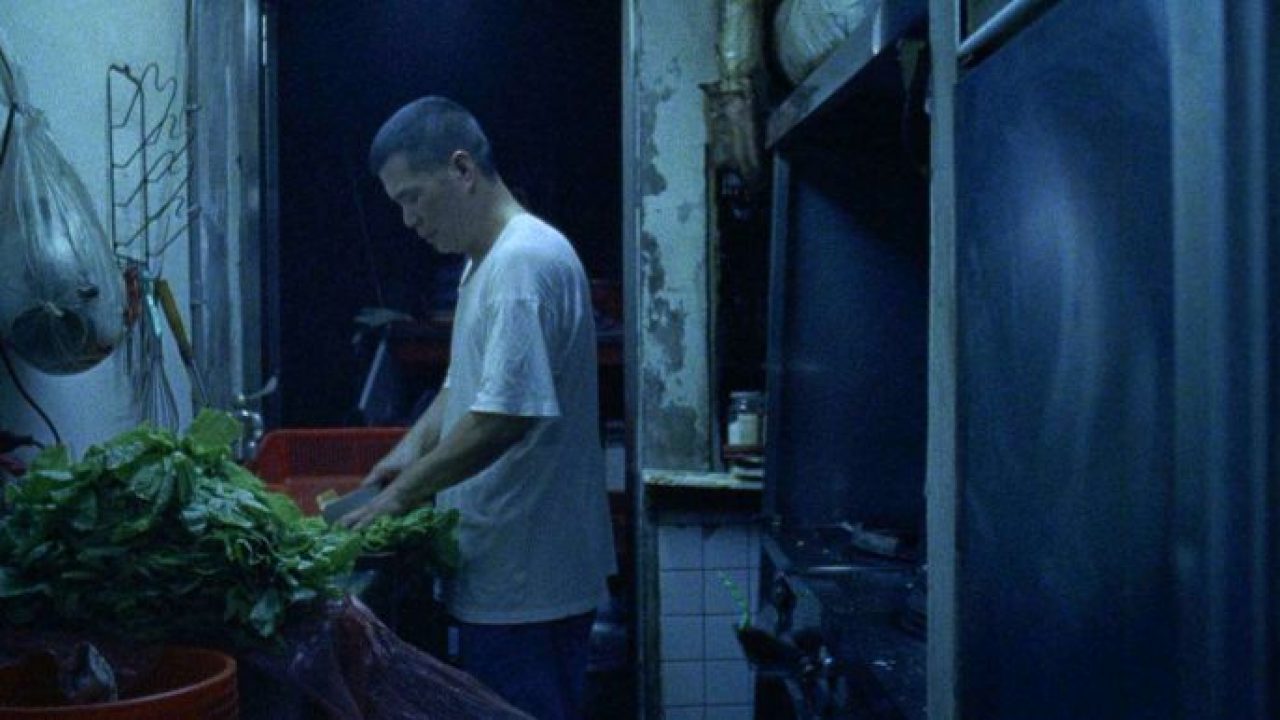 Closing Time opens a time portal to the lyrical mundanity of quotidian characters in the stillness of the night. Highly meditative and sedately paced, Closing Time is a poetry in motion, an intense mood piece. It’s an awe-inspiring travel through the passage of time, where the sky has turned purple. The cloud has cracked open and cantankerously torrenting rains has compelled the stillness of night to dance to its tune. The insomniac roads have sprawled in the heart of Taipei, and dreams, well, they should be left untouched.

The film asks for absolute patience on the audience part, as the narration of “Closing Time” is driven by quotidian visuals that are sprinkled with frivolous conversations at long intervals. The third act gives a whole new dimension to the film, also acts as a wake-up call for us who are embroiled in our real life. Nature and the world have so much to offer, and instead, we have tricked ourselves in an ordered time loop of modern slavery to make it our own reality.

Paddington 2 [2018] Review: A Cuddly, Cushy & Comfortable Bear Hug For Anyone & Everyone