In the hands of any other film-maker, Tristan, based on the novel by Benito Pérez Galdós, would have been a unidimensional character study of the unusual, a shifting power relationship of an old perverted aristocrat and playful orphaned young girl. But in the hands of avant-garde surrealist Luis Buñuel, Tristana comes off as a strange and elusive film, at times hypnotically enigmatic and sexually charged, that nurtures in the grey area of relationship driven by the dynamics of ever-shifting power between both the sexes. This is his least surreal film but he never shies away from subtly but fervently injecting his antagonistic views of churches and socio-political satire of post-WWI Spain, around1930s. 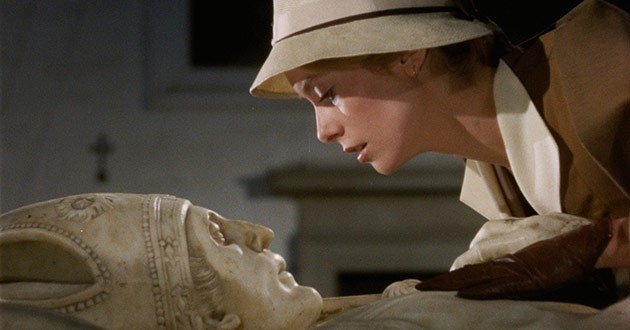 We meet a free-spirited, jaunty girl, recently blossomed into a young and beautiful adolescent, who is recovering from the grief over the loss of her mother. Tristana (played by ravishing Catherine Deneuve with fervent audacity enveloped in naivety early on and later with violent emotions) has quite liberal views. Untainted in her characteristics & oblivious to the subverted world, she is soon taken under the guardianship of ageing libertine having anticlerical spirit, Don Lope(Fernando Rey). Saturna, Don Lope’s maid, quite bluntly put,”No one is better than Don Lope, but where there’s a skirt, he has horns and a tail.” It is established in his introductory scene when he teases a young girl and proposes to her. He is averse to the work culture, he would rather ask people for money than work. Even when he is going through a financial crisis, he vehemently brushes off the idea of working and instead he sells off the household items.

Don confesses,”When it comes to women and love, I’ve never seen any sin.” At this dialogue, we are sure of perversion to be followed that is further hinted when he takes a lecherous peek at Tristana’s bosoms before covering it. Within no time, the fatherly relationship between the two is debauched. Don, who is a hedonist and carefree lothario, exploits Tristana’s naivety and her trust. Tristana soon starts feeling claustrophobic, particularly for two reasons; she never gets an opportunity to breathe the fresh air, be under the open sky, except during masses, and Don’s fatherly care that according to his convenience transforms to a husband’s lust.

Tristana is constantly struggling between finding her own voice in the space where she is caged for being a woman and rationalizing that she owes it to Don Lope for safeguarding her from the monstrous world outside. This strife leads Tristana to grow rebellious as her foggy & unripe thoughts clear with age. Her resentment and hope to build a new life encourage her to run away with a young artist. But then she develops a tumour and her leg must be amputated; she decides to leave the artist and come back again to Don Lope’s household. Her resentment against Don for having wrecked her youth has turned into hate and plans for cynical revenge.

Don has changed now. Older, unenthusiastic, weak, no sharp taunts; the former zeal and the spark is missing in him. He is mellowed and bears no malice or grudge against Tristana. You start sympathising with him, in spite of what he has done to Tristana, this empathy grows stronger as Tristana starts growing hostile and dominates the house. 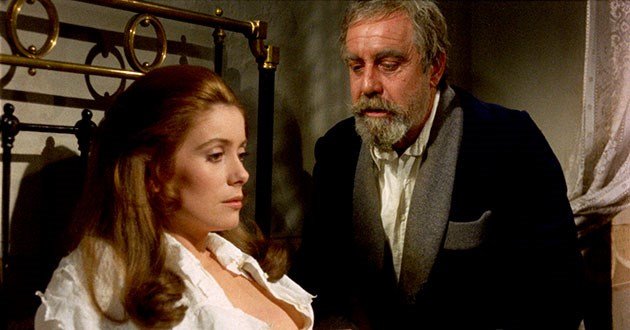 Luis Buñuel sketches the characters with subtle nuances that layers the narration. It’s the most heartfelt creation of the characters, but it lacks the emotional wallop in spite of the characters gone through a turbulent hurricane of emotions during their stay. Though, it leaves us with serious but significant questions. How hate could leave us more deprived, how giving up our stubborn views and embracing people for what they are could lead to a better life, and how forgiveness could prove to heal. Even in the straightforward film, Luis Buñuel doesn’t shy away from incorporating his trademarks: a dream image of Don Lope’s head in the place of a church bell is characteristically anticlerical and proves itself appropriately surreal.