An exercise in gender studies as much as biblical, that is as confounding as it is arresting, Darren Aronofsky’s mother! is a welcome return to form for the director of Black Swan, an undoubted classic for the ages. 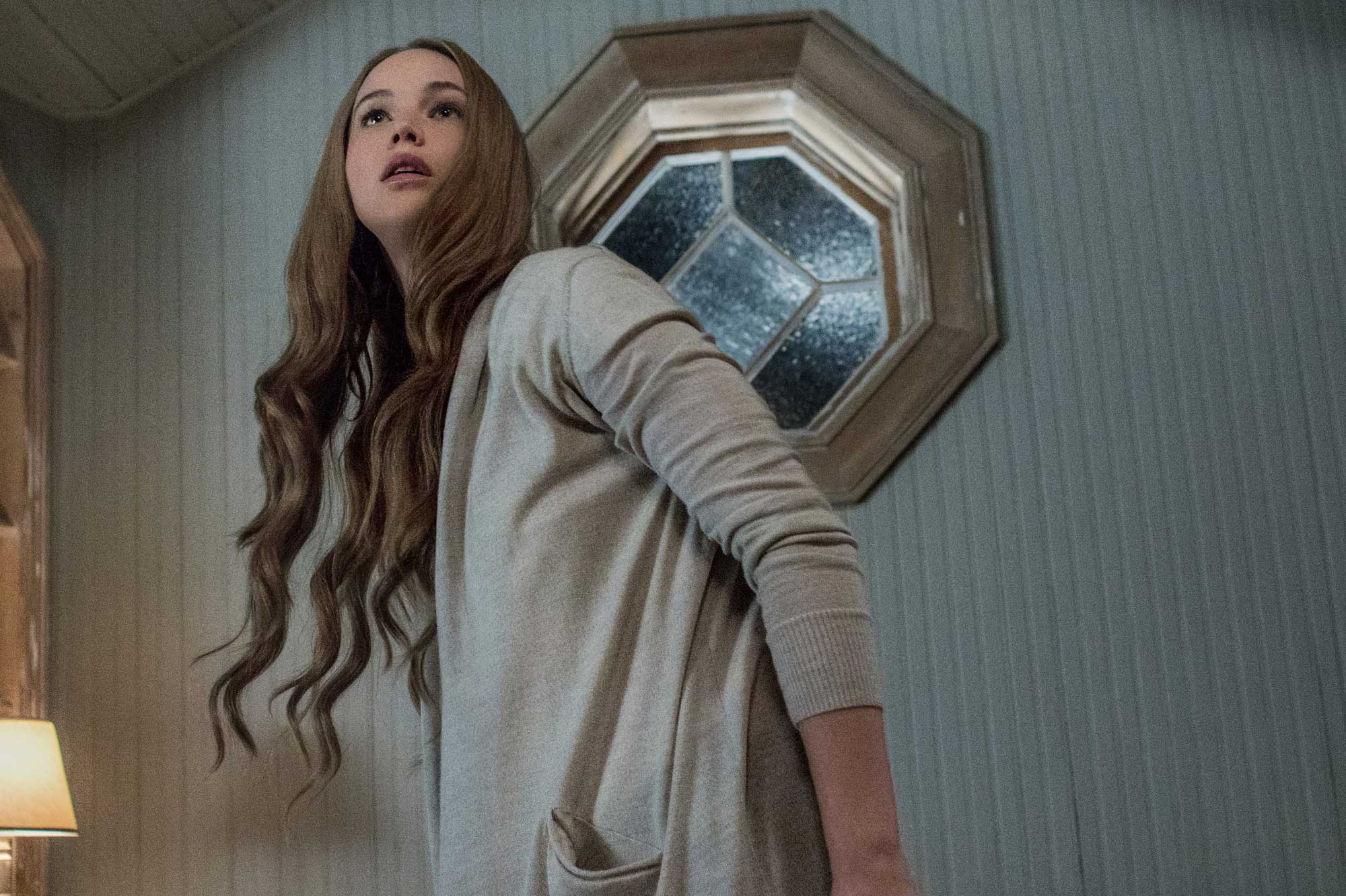 Black Swan was a tense ride through the crumbling mind of a woman trying to make it as a ballerina in a world of high-stakes ballet, that pits women against women, not only on the basis of how they look, but also how they conduct themselves when the world is watching, whether they can rein in their womanly “hysterical tendencies” to exude a false sense of calm and composure, a construct of the male gaze. So, pretty much everyday life for most women.

In mother! Aronofsky touches upon similar themes, but adds biblical context to it and flips the gender politics around a little bit. The film follows a couple (Jennifer Lawrence and Javier Bardem), who seems to be living a quaint existence in a secluded house in the middle of nowhere. The house had burnt down when the husband, a poet, was younger, and the wife is in the process of rehabilitating it for them to live in, till an older couple arrives to disrupt the peace and quiet.

Unlike Black Swan, the protagonist here is the one who seems to have constructed this seemingly perfect life and world around her, which includes just her and her husband, and she seems more than happy to be living in it. Call it her fulfilling society’s expectations of her playing a homemaker or call her Mother Nature, quite literally building a place to live and nurture life in.

She seems to sense the existence of the rotten core, the gaping hole in their existence that constantly gnaws at her mind, living with the insecurity that she might not be enough, but mother nature is too innocent to see it. Her role is to provide and provide to her heart’s content: perfect meals, perfect house, perfect inspiration to her writers-block-suffering, world-renowned poet husband. She’s the provider. He’s the creator. They don’t quite seem to have created a child with that perfect formula, yet. The block isn’t just limited to writing. 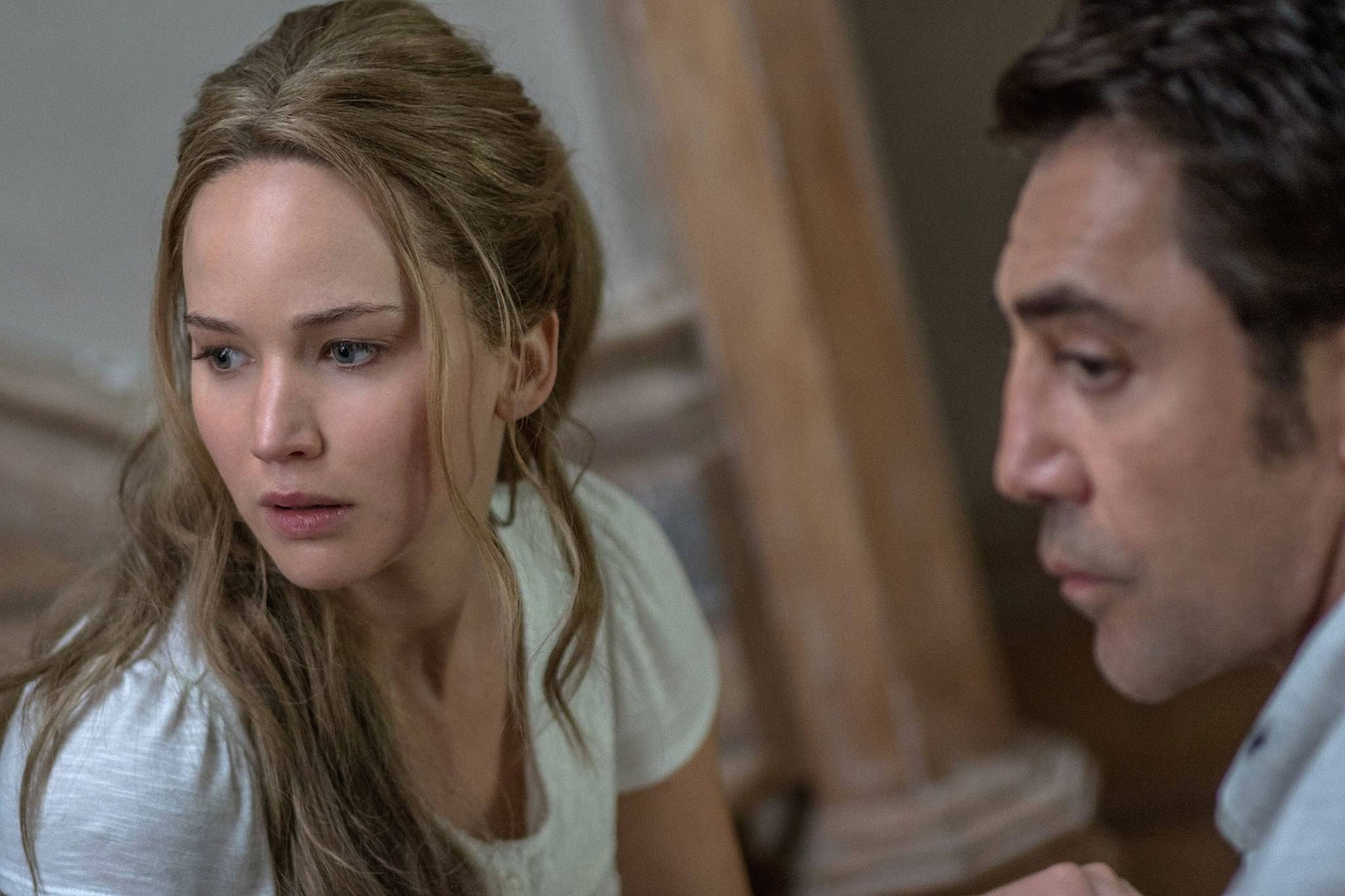 The arrival of unexpected, unknown guests into her little bubble seems to throw the wife off. Maybe she’s just an introvert who doesn’t like her personal space being invaded by sticky, nosy people. The additions in her household seem to take a toll on her ability to provide and provide. Still she tries. The creator seems to be all too welcoming for the new distraction, especially when the guests turn out to be huge fans of his mysterious, life-changing work. What God doesn’t like fandom? What man doesn’t like ego boosts? What celebrity doesn’t like to be celebrated? Aronofsky continues to let the plot simmer, the wife beginning to get her freak-out on, the husband begins to show traces of megalomania.

Aronofsky and his cinematographer Matthew Libatique do extremely well in getting the audience acquainted with the mind of Lawrence’s character. Even when we see no signs of wrongdoing, we feel similarly tense and braced. Libatique keeps Lawrence in a series of tight close-ups in dim, diffused lighting from the beginning right to the end of the film, the camera rarely lingering from her face. Aronofsky and Libatique build atmosphere not via wide shots of a creaky, still house, but by following Lawrence around the house, her smallest reactions the barometer to our reactions.

Akin to the calm before a storm, “mother” experiences a small period of relief again, her being pregnant and her husband suddenly a fully functioning poet again (one creation leading to another), but she can sense once again the gnawing feeling in her brain, a literal widening hole in the center of the floor of her beautiful house, a natural calamity brought on by human greed and toxic male ego that can only end in the rape of Mother Nature.

At this point, Aronofsky switches gears to what I figure has to be his hat-tip to Alfonso Cuaron and Emmanuel Lubezki and their Children of Men, following Lawrence around (not in single long takes, though) and watching from her unreliable POV as the house she so cherished and the world she so painstakingly fabricated turns into a cult turns into a warzone turns into a graveyard turns into a resistance turns into a bunker turns into an allegory for the birth and death of Jesus. Or maybe Aronofsky’s hinting at the nature of celebrity and fame in today’s social media-obsessed society always striving for a little more love and adulation and that extra second in the spotlight at any cost till it’s too big a cost to pay. Or is it the rise of organized religion and cults, attracting more and more naive and beleaguered, and the increasing amounts of violence they seem to be espousing in their misguided attempts to defend and protect their deity-like figures and their often-depraved morals?

Aronofsky the writer seems to be content letting these theories and interpretations hang in the air, even as he introduces his final twist, conveying his utter lack of faith in humankind and its future and the defeat of Mother Nature and our world as we know it, children of men doomed to be trapped in a cycle of self-destruction and never learning from our mistakes.

Aronofsky sticks to the stereotypical, ancient gender roles in society for his characters. The “mother” is a nurturer, a content being, more than happy in her little existence, but is fierce when the well-being of her beloved is challenged, bringing upon total destruction: the wrath of nature. On the other hand is the “husband”, the creator, the man of the house, with his ego and his pride and his need to always be flattered and be the center of the attention (the wife seems to have taken on the “manly” task of rebuilding the house, maybe also contributing to his emasculation), never satisfied with the quiet little life (quest for fame seems to have replaced the typical philandering element in His nature), always trying to control the narrative of the “weaker” sex, all the while giving a false impression that she is the one in control. His portrayal of the characters might seemingly be going against the grain of new wave feminist characters today, but it’s relevance in relation to the Bible and the nature of mankind itself lends it a credence of timelessness, critiquing the crude and the foolish who have always been in charge of society, much in detriment to the life as we know it and our future existence.

Lawrence and Bardem play the off-kilter stereotypes with an awareness of the director’s intention that reflects on-screen. Lawrence is the guiding force of the film. Without her, the nerve-jangling effect the film has or its power to transport you to a completely new place without changing the location in the last half hour would completely fall apart. She might not get a lot of award consideration this year, but she gives probably one of the best performances of her career. The constant panic attacks and sense of paranoia in a character can get boring across 2 hours, but her dive into the mind of the “mother” (aided by a solid aural landscape of sustained metallic clinks and rumblings, simplistic yet effective cinematography and tight editing) is so deep and visceral, you are right there panicking with her.

Bardem plays the likable but secretly unlikeable husband with aplomb, putting his charm on full display and hiding the danger behind it. Ed Harris is adequate as the weird guest that won’t leave. Michelle Pfeiffer gets more on your nerves rather than unnerving you, so a misstep there. 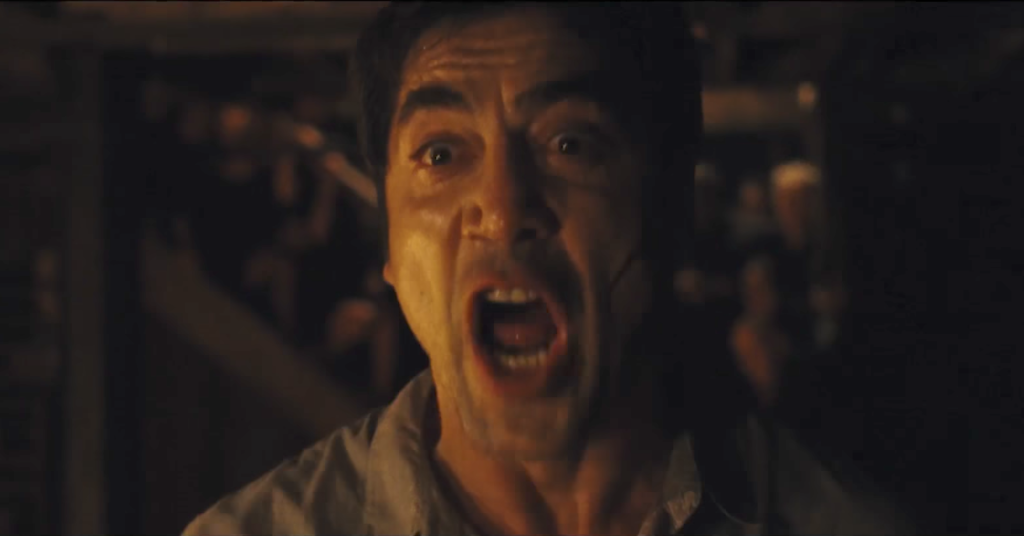 If Noah was a misstep, mother! is pretty concrete proof that Aronofsky is back on firm footing and definitely seems to be equipped with a provocative edge to his dark sense of theatrical storytelling. He pushes, prods, provokes and stupefies. Aided by a hypnotic performance by Jennifer Lawrence, he does something a lot of filmmakers today forget to do: he makes watching a film a personal experience for each individual viewer.

P.S.: Personal theory – To inspire that kind of following, the “creator” has to be the writer of The Secret. I mean, has anyone ever seen Rhonda Byrne anyway? Oh, they have? Okay, my bad.

The Killing of a Sacred Deer [2017]: Revenge is a Dish Best Served Twisted