Here is the 8th Edition of the HOF-Men Recommend Series; Like every time we came with a list of 10 movie recommendations. 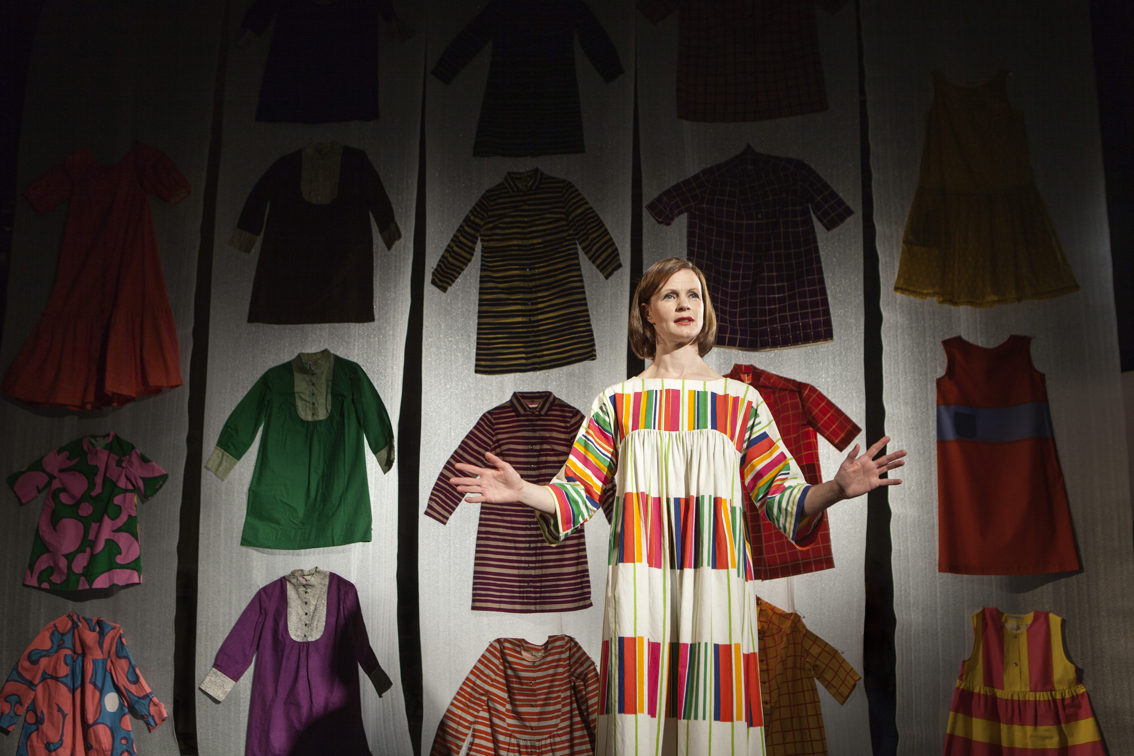 Finnish filmmaker Jörn Donner’s Armi Alive is a cinematic achievement in the Biography genre. It’s a Biopic that breaks the fourth wall. The film begins with an introduction about the charismatic and troublesome Armi Ratia, who founded the fashion company Marimekko. The person introducing Armi is Minna Haapkylä an actor who is going to portray Armi in a theater play within the film. Armi Alive has a highly original and imaginative writing. The film has a certain whim that reminds of you the particularly quirky Wes Anderson Cinema. Minna Haapkylä’s shift between portraying and not playing Armi Ratia is brilliant. One moment she does an idiosyncratic Armi and then suddenly goes back to her calm persona who is concerned about her performance as Armi. There are times, she makes you forget the meta-nature of the narrative. Armi Alive is a film with seductive cinematography and fine costume design that needs to be seen on the biggest screen. 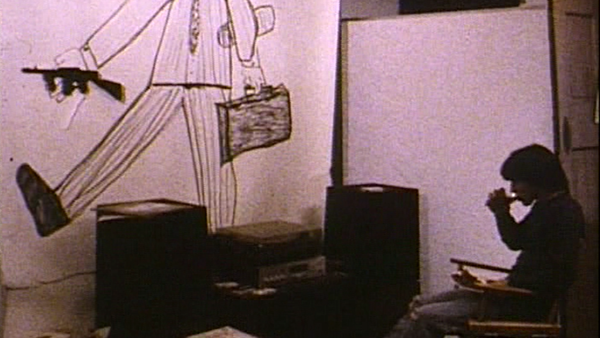 It’s impossible To Learn to Plow by Reading Books is a funny title and I believe it is a title which takes a jibe on filmmakers that came out of film schools or are studio darlings. It is perhaps Linklater’s way of saying “It is impossible to make movies by going to film schools or film studios”. Instead, he insists that you can make a decent movie by just shooting the world outside the studio, by not following a particular set of rules. And this is what Richard Linklater did in his debut film, a debut which was followed by an illustrious career. He got hold of a Camera and he filmed things, he captured himself wandering on the streets of Austin, Texas. He made friends, played snooker with them, gone on the wilderness with them and filmed them as well. He recalled every cinema he had ever seen and imitated all the camera shots from his favorite movies and he imitated them damn well.

The Pan in, the pan out, long shots, tracking shots, he did everything he could do. And the result was a plot less yet intriguing set of imagery worth seeing. It is a film that is absolutely empty on content but is an important film for anyone who wants to witness the many possibilities of independent cinema. It is almost like Slacker, only without those conversations to die for. “It’s Impossible to Learn to Plow by Reading Books” is a two part film, the 2nd part being the rest of Richard Linklater’s Comprehensive Career as a filmmaker.

She is French; her culture is different, unconventional and not judgmental at all. She is interested in him, wants to indulge in a relationship with him, meeting every evening for 2 hours. Her husband approves of this Cinq à Sept relationship. She casually tells Brian about Valery, her husband, and Jane, his mistress, precisely his 5 to 7 love affair. He is a Jewish American Citizen, he finds it awkward. He goes on the back foot at first, but he couldn’t resist, she was a stunner, after all, a mysterious beauty. There is more profoundness in her than just good looks. She is wise. She inspires him, he feels mature around her and gets to talk to people he wouldn’t talk to otherwise. She is improving his social skills. 5 to 7 is the kind of film where you just need to stop taking sides or being judgmental and witness that love can be handled like this as well. Sometimes, the most unconventional things extract the compassionate and wise person out of you.

Shotgun Stories is a beautiful debut film that observes key character moments of a story that’s looking to break the circle of violence. Hope lurks around the corner but is often misjudged because of the old scars that memories have left. There’s a very nuanced and subtle way in which Jeff takes his characters into question. There are such simple, unglossy moments of unforgiveness, guilt, and regret that Nicols’s way of dealing it all moves you, in spite of the effect it fails to deliver.

Mike Nichols’s Carnal Knowledge is a self-indulgent study of male sexual fantasies and the primal example of how fantasies are often trodden over by self-imposed control over the opposite sex. Written by satirist and cartoonist Jules Feiffer, Carnal Knowledge is about Jonathan (Jack Nicholson) & Sandy (Art Garfunkel) motioning through their life of sexual awakening and eventual adulthood that doesn’t seem like one in their case. The two central characters are often seen fantasizing about the perfect woman who would tell them things, but they are in fact looking out for a woman who they would eventually control. Hence, Carnal Knowledge becomes a counter-piece or a companion piece to Nichols’s The Graduate, referring to the hypocrisy of the desires and dreams of the naive generation of men. Just like Benjamin, Jonathan & Sandy take decisions but they are often followed by results and consequences that reconfirm their very own sexual revolution of nothingness.

What starts off as a textbook western with the most obvious of cliches of the genre, slightly takes a path of its own and comes off, not just as an entertaining film but also a character driven drama. Clint Eastwood’s 2nd film isn’t as brilliant as his masterful debut ‘Play Misty for me’ was, but it’s a more personal film, in which Eastwood has tried imitating a lot of the things he probably learned during his glorious days with Sergio Leone. He didn’t fail entirely, even if at times the typical Clint Eastwood punk felt a bit forced.

Highly Recommended: 50 Years of The Good, The Bad and The Ugly Tapan Sinha’s Ek Doctor Ki Maut is a poignant tale of apathy in an indomitable soul. Dr. Dipankar Roy played brilliantly by Pankaj Kapur is a government doctor. He is selfish, careless and often hapless in his existence as someone who has spent sleepless nights behind closed doors in order to come to terms with a true page turner in the history of modern science. When he does succeed in what could be one of the greatest works in the field of research and medical science (i.e discovering a vaccine for leprosy) he is faced with unnecessary feelings of jealousy and hypocrisy not only from his fellow doctors but from people who simply couldn’t believe that someone as unknown as Dipankar could make such a breakthrough. Sinha’s film is not really about the death of a doctor in the literal sense but in all other senses possible. It’s the death of hard work, dreams and moreover originality. Where someone who decides to do something extraordinary is burdened with the qualms of even doing anything about it in the first place. It’s a heartbreaking film. One that needs to be seen.

Mathieu Kassovitz’s La Haine aimlessly brawls through the streets of France, clocking the time spent by the three characters just after a big riot in the city. The three young men are angry, hateful, spiteful and so is the city. The film zooms into moments of dread and fear where the youth in revolt scenario is tripped over its own head. These young men are naive and their encounter with cops and other street hooligans proves that the hate inside them is brimming to and extent of total fuckin’ chaos. There’s not much substance to Kassovitz’s film but his choice of black and white cinematography fills up the screen with a booming state of a blast that’s on its periphery. So, when the finale finally happens, it fills up the emptiness of the entire runtime with more depth than you could possibly imagine. 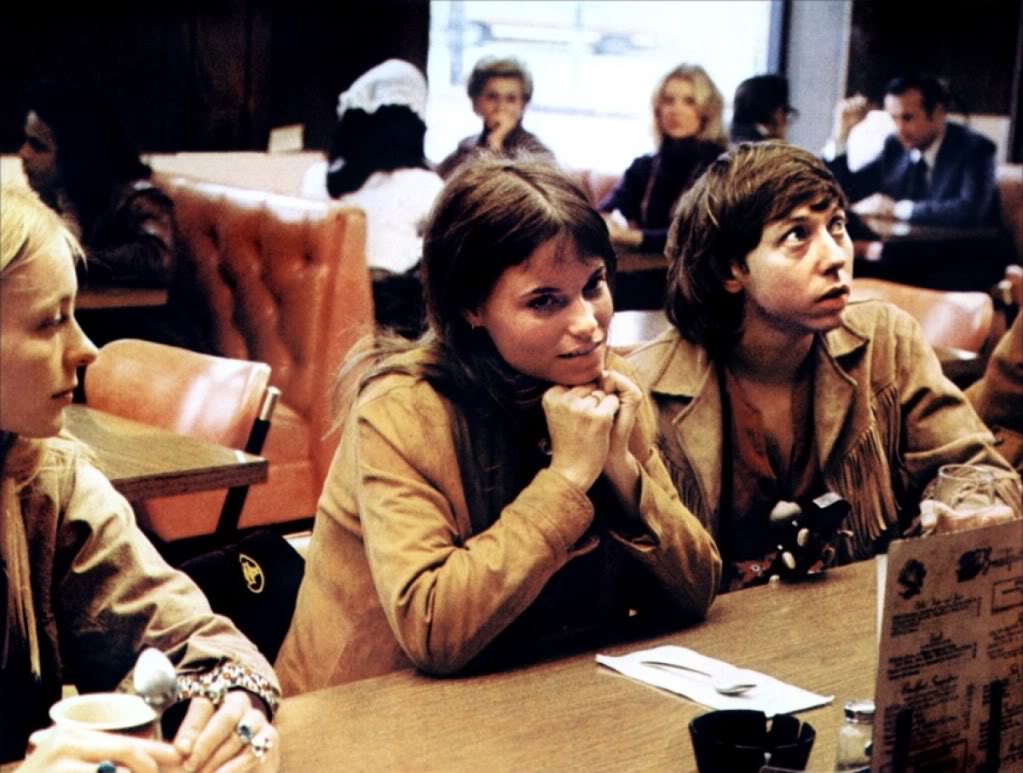 There was a scene in which Frank, who is probably in his late 50s, asks Breezy, an early 20 something, to tell him everything about herself. She begins with “I grew up in Intercourse, California” and suddenly stops to add “go on, tell me your jokes on that, I have heard each one of them.” To which Frank replies “I didn’t say a word” because he is old enough to find that funny and possibly he doesn’t even find a joke in that. Clint Eastwood’s ‘Breezy’ is about the generation gap which separates the hippie young Americans from the white collared, wine drinking old elitists. It is also about the irony that the two choose to live oblivious of each other even though there is a clear desire of one fancying the other and vice versa. The unsettling landscape of emotional grief and the bottle-necked misery of loss explores an intimate story of a family set in the aftermath of the devastating floods. Wonder what is more devastating, the boiling tension that never slacks to ease or badly damaged muddy fields that put the family in financial turmoil.

The Levelling is a stark British social realist film that clutches deep into the heart of grief while it looks somber smooth from outside. The undaunting ego that runs in family, unexpressed emotions clouded by pseudo self-belief and stubbornness to accept the fate are strung together is such a subtle manner that even the tears rolling down are subdued by other emerging familial uncovering that hit everyone like an emotional tornado.

10 Underrated Hollywood Movies from the 90s