“The music is not in the notes,
but in the silence between.”
― Wolfgang Amadeus Mozart 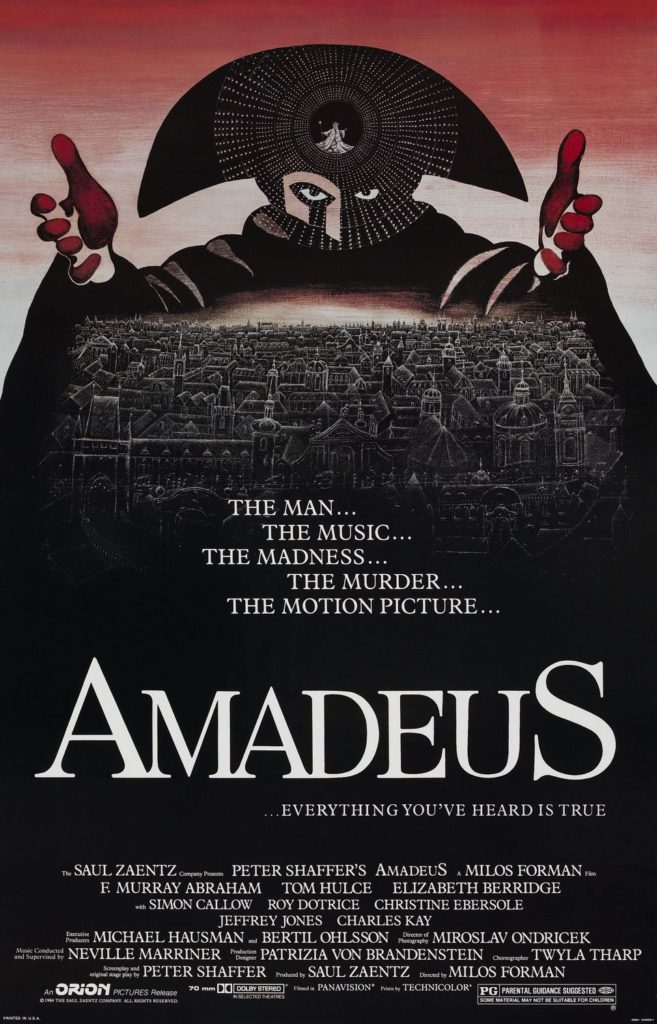 I do not watch movies. I read them. Like texts, underlining some favorite lines, identifying or not, with the characters, living the story and thinking beyond the end. I still remember, after watching The Lunchbox with me, the other person asked, “What was in that?”. I didn’t reply, though I thought, “What wasn’t?”. Recently, no other movie has made a greater impact on me as Amadeus. Although introduced as a musical, it was far beyond one. I had just heard the name of Wolfgang Amadeus Mozart, the genius whose music was no less than a revolution in itself and perhaps I had heard one or two of his most famous symphonies but nothing beyond that. Amadeus paved a way to his character and most importantly, to his rivalry with Antonio Salieri, his contemporary. It had so much more that one could pick up subjects to speak on from it.

The place of an artist in the world is something I had begun thinking of, some years ago. There are a certain uprootedness and a sense of not belonging in someone who is well-versed in his craft. Also, seemoing God as a challenge. It is not the question of belief or non-belief in him but seeing him as a force to reckon with. Talent is often seen as a divine gift, conferred as a blessing one should be thankful for, but what when one is not understood or when one cannot touch one’s highest potential? That’s when talent ceases to be a divine gift and becomes an individual endeavor. Salieri’s complaint to God that he has been so unfair to him— he, who dedicated his life and music to Him, while He was singing through the ‘little creature’, Mozart,— is a very convincing instance of that pining to reach out to the world through art and at the same time, not being able to do so. Mozart was blissfully unaware of this sheer hatred towards him in another man’s heart, for he thought solely about music and nothing else. 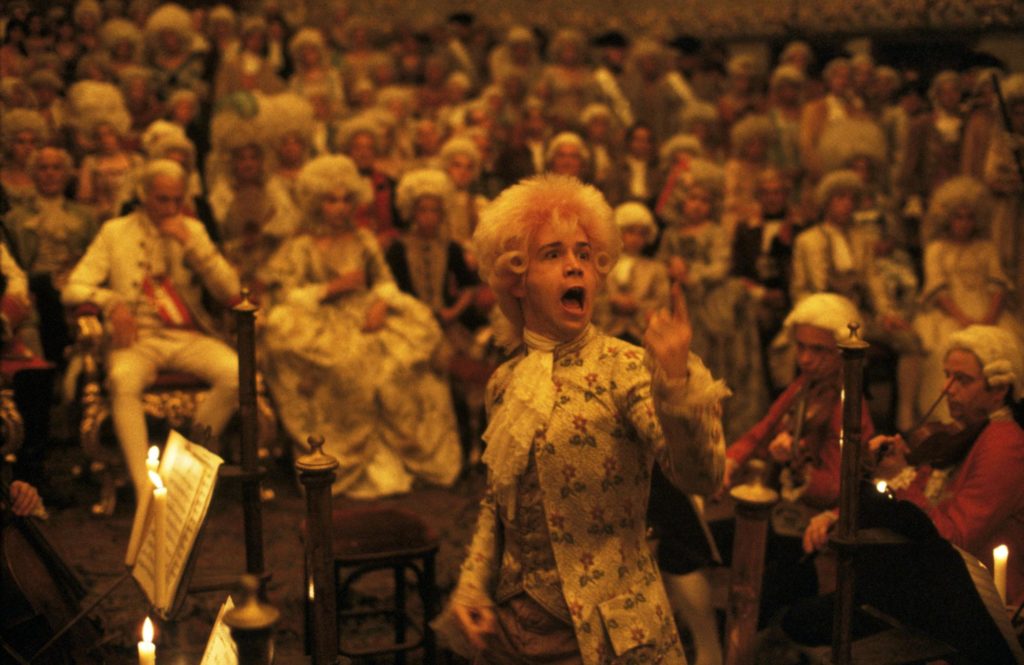 Penury, sadly, is one of the worst realities of most artists’ life. That, I believe, is because an artist is, somehow, dependent on his audiences. Mozart’s desperate need for money, largely due to his drinking habits and spending beyond his means as well as his indebtedness to people, wring the heart. One begins to think, how helpless a human being essentially is. His reluctance to teach a pupil whose family has everything save respect for his craft would strike a chord in every person who would rather remain poor than stooping too low. Not necessarily stooping but bending a little gets people through a long way; although those who hold their head high enough not to bend are hardly ever forgotten.

One talks of emotions such as love, hatred or friendship so often and with so much authority as if none other in the world would be more experienced. But envy as a feeling is something so internalized that external representations of it are passed off without much thought. Counted as one of the Cardinal Sins, envy is one of the most powerful human emotions which has led people to see such versions of themselves they never knew existed. Envy is all-over Amadeus, being internalized as well as externalized brilliantly by Salieri (F. Murray Abraham). One can feel the restlessness and the fear which an artist may feel seeing another on the path of success and recognition. What came to mind was that it requires a really passionate heart to feel such strong emotions. One can be satiated with one’s mediocrity but it takes heart to strive towards genius. It’s one of the worst things to create hurdles in someone else’s path but it happens and the heart which does this is never at peace. Having said that, Amadeus is a brilliant representation of a human being’s psyche- his inhibitions, anxieties and the extent to which a person can go in search of recognition and remembrance. 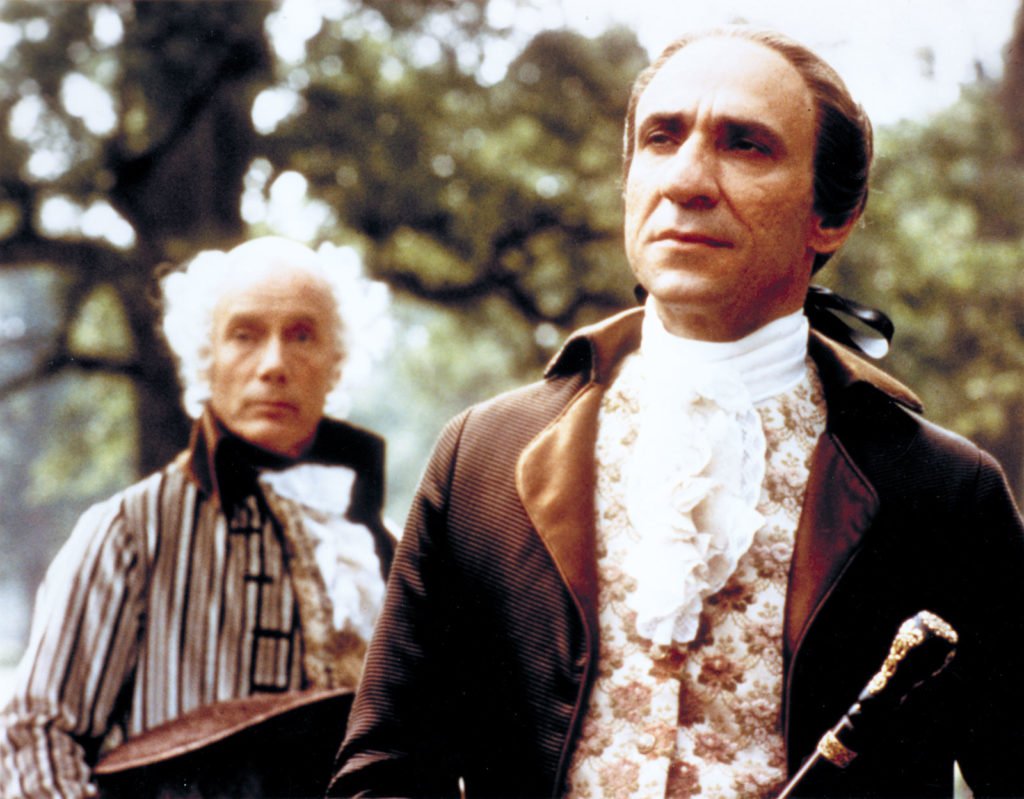 A thought which was relatively new to me was that an artist’s work is best or better understood by another artist. Perhaps much more than the audience, for he knows the kind of sensibilities and effort that goes into creating a work of art. One of Mozart’s operas which were hardly understood by the general audience, only made sense to Salieri who deemed it miraculous and marvelous. Although religiously envious, he knows about and accepts Mozart’s expertise in music. One of the things which give a sense of oneness to artists is perhaps their shared passion for their craft and how it comes easily in moments of inspiration.

The idea which is most important here is the significance of art itself. One may do anything for a living but it is the occasional visit to an art gallery, a movie on a weekend, listening to a song at the end of the day or just sharing stories in a family gathering which makes one feel alive and ‘in the moment’. It is valuable for human life— for what is art, but an expression of the emotions that run through us so strongly. Even when civilization was at its nascent stage, there were cave paintings and signs. The need for expression and innovation is inherent in man. Aristotle put it best when he said: “Art can tell us what is possible to man; history tells us what man did”. There is a long debate between which is greater, Art or Life? I personally believe that Life is, for if a person does not live fully, how will he produce something that will? What follows is that a human being may die; an artist lives through his work and speaks through it – “nothing stays, all changes; but not words, not paint” – Virginia Woolf writes in ‘To the Lighthouse.’

Having said all this, I believe there’s an artist or a philosopher in all of us. Art, for me, is not just creation; it is also the appreciation of it — a sense of the beautiful. If one is moved by seeing a beautiful sunset or by experiencing the touch of sea-waves on one’s feet for the first time, one is no less than an artist. What if one understands or gives words to a deeper truth of life in such a moment? Well, almost a philosopher! Art and philosophy are best when one relates to them most. It is the level of sensitivity and sensibility that matters. If you look up to a flock of birds in the sky and look away, you are not an artist but if you look up, notice and appreciate the patterns they make, you are. If you remember and recall your favorite lines from a poem, you are an artist. If you can tell stories to your children, you are an artist. Art is in you; you are art.

Asra has a Masters Degree in English from the University of Lucknow. Born and brought up in Lucknow, she is a voracious reader along with having a wanderlust. She has diverse interests in reading and apart from Literature, it is cinema she is passionate about. She believes that films are not just a form of entertainment, but a great form of art. She also spends time writing about anything which makes her think. She wishes to be a Professor of English and share with others what she has learned from her subject and life.